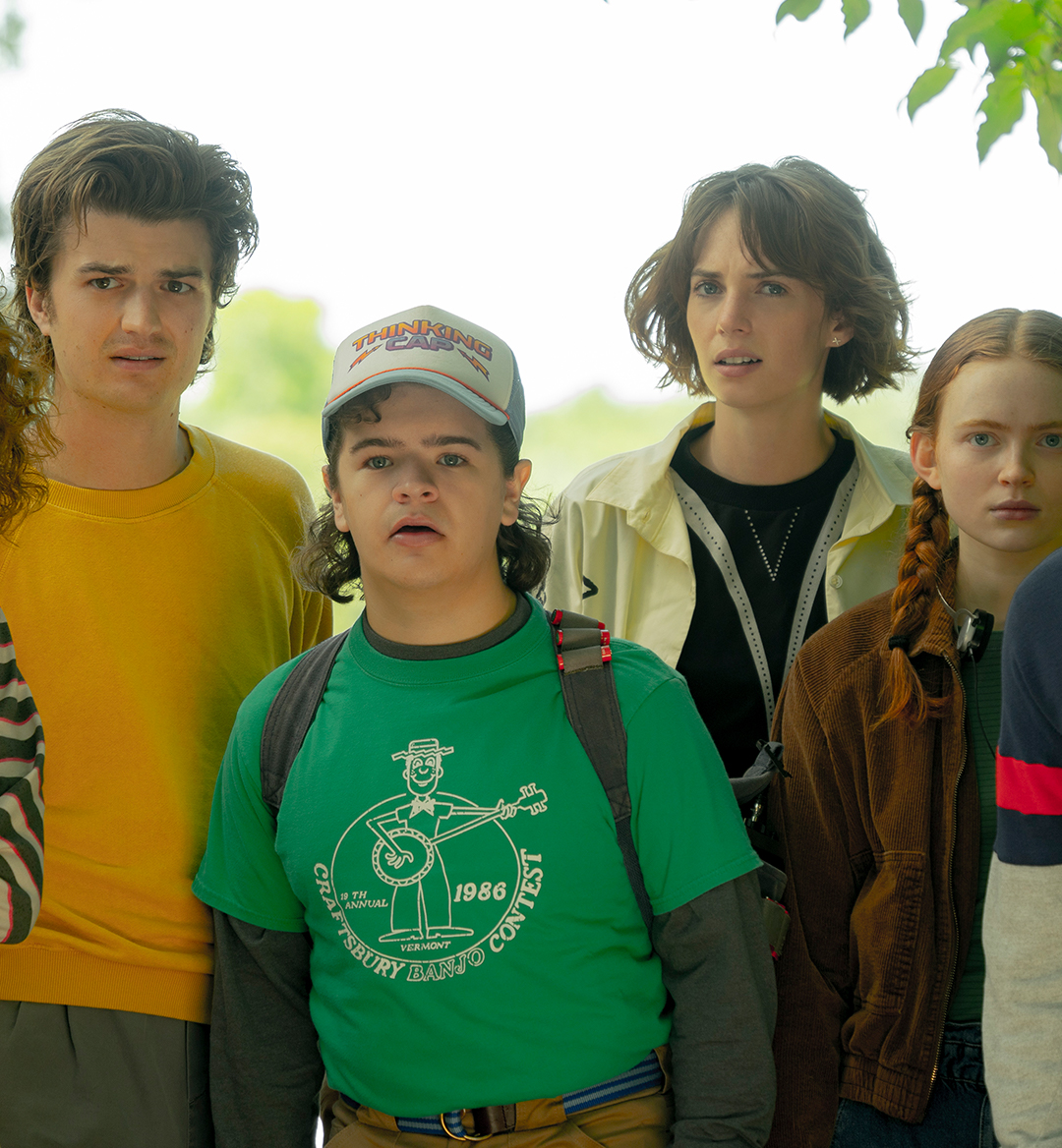 Chomping at the bit with the third season under our belts, Stranger Things: Season 4, Volume 1 took its sweet time to get us settled in with the plot, waiting until the tail end of the first episode to really give us the action.

Things were a bit more scattered this season as Joyce (Winona Ryder) moved her family (and Eleven) halfway across the country to California, leaving everyone behind in good ole Hawkins, Indiana. With that being the case, we had quite a few plots intertwining from afar:

Group 2: Jonathan, Argyle, Will, and Mike

For groups three and four, their main goal is to take out Vecna, an ancient human-monster who's basically the wizard-in-charge of the Upside Down. Group two is attempting to locate Eleven and evade the armed forces that are after her, and group one travels to Alaska to figure out how to break Hopper out of a Russian prison.

Let's get into it.

We meet a few new faces this season, one of them being Eddie Munson (Joseph Quinn), head of the Hellfire Club at Hawkins High School, which is just a fierce-sounding name for the Dungeons & Dragons (D&D) club. Eddie ends up being the catalyst for the main plot of this entire season, which comes to a head when cheerleader, Chrissy Cunningham (Grace Van Dien), is aggressively levitated up to the ceiling to have her eyes pop out and all of her limbs broken.

As anyone would, Eddie decides to make a run for it and hide out, fearing he'll be blamed for her death. He meets up with Dustin and the crew later on who are collectively able to piece together that Vecna is responsible for Chrissy's death. However, when a string of similar deaths starts to surface, they have to get creative in figuring out just how Vecna is pulling his victims into the Upside Down.

This storyline is top tier—you just can't get bored with a group like that. The squad alone is easily the most stacked with each character perfectly riffing with the others even when they're not personally the closest with each other. After all, there's nothing better than shoving a bunch of random people together and seeing what happens. 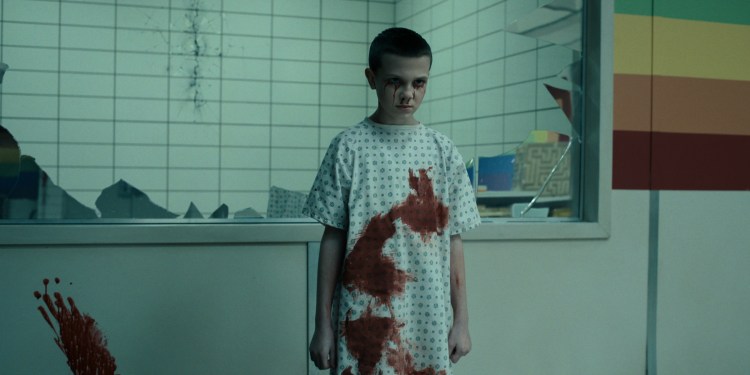 For the bulk of the season, we observed Eleven from inside the confines of a remote laboratory run by Papa AKA Dr. Martin Brenner (Matthew Modine), after having basically abducted her once again for testing and observation. However, this time around, she realized that fighting her way out of the situation wasn't an option: her powers were needed (once again) to put an end to Vecna and his death grip on the world.

This plot was a double-whammy as the lines were constantly blurred between the past and the present, with Eleven sinking in and out of her heavily-monitored indoor pool-sleep in the hopes that she would be able to put an end to the Upside Down once and for all. And after many episodes and realizations, Eleven finally took on the person we all thought was the least likely to be responsible for all of the damage and death that has occurred in Stranger Things: one of the lab therapists, Peter Ballard (Jamie Campbell Bower), who had been helping her out while at the lab.

Also, aside from always looking like a creepily-tall medical elf, I didn't mind Papa as much this time around, so that's a plus.

We finally got an answer to both how Hopper (David Harbour) was somehow able to survive the massive blast at the end of Season 3 and how he landed himself in a Russian prison. We're used to seeing Hopper in an environment where he's in command and knows the lay of the land (curse my rhyming abilities), which makes him being a prisoner in Russia such a jarring experience for both him and the audience.

We also got to meet a couple of interesting people along the way, like prison-guard-turned-prisoner-turned-confidant, Dmitri (Tom Wlaschiha), and Yuri (Nikola Djuricko), a Russian smuggler who worked with Joyce and Murray Bauman (Brett Gelman).

Honestly, I have no notes for this plot; all around, this one was a good time. Well, except for one thing.

More Winona. I know, I know, we got a decent amount of her so I shouldn't be complaining, but still. WE NEED MORE WINONA. Joyce has so many more layers to her than we got to see this season, so I'm going to hold out hope that they're saving those moments for Volume 2.

Death in a Pizza Van 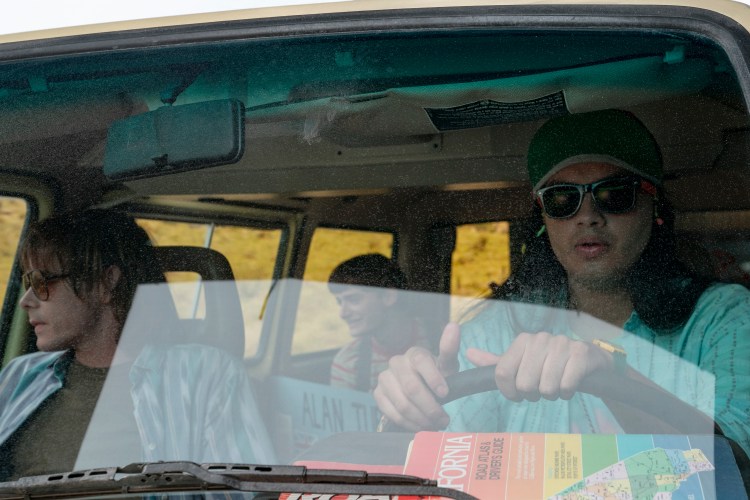 Honestly, I don't even understand the point of the storyline with Jonathan, Argyle, Will, and Mike. I get it, they're trying to locate Eleven, but being that we (as the audience) already know where she is, it's just not the most interesting plot to watch. As a whole, it seemed like a major waste of time spent with characters who suddenly feel like shells of their former selves. I mean, Mike was always kind of a jerk to Will, but I feel like he really upped the jerky-ness this time around, especially with Eleven. He also has zero personality and isn't super helpful with...anything?

It's funny because last season, Mike Wheeler rudely said to Will Byers, "I mean, what did you think, really, that we were never going to get girlfriends, that we were just going to sit in my basement all day and play games for the rest of our lives?" meanwhile now, he's literally part of the Hellfire Club, a club literally dedicated to playing D&D at high school.

On top of that, it feels extremely out of character for Jonathan (Charlie Heaton) to have given up on everything he had his mind set on (being with Nancy, going to Emerson College, pursuing photography) to instead spend time getting high with his new (and obnoxious) buddy, Argyle (Eduardo Franco). I also don't understand a world where these two people are compatible as friends at all, so there's that.

The only character on this crew who has any speck of a decent personality is Will, and he annoys me most of the time. At least he looks out for and genuinely cares about Eleven and finally has the guts to call out Mike for treating her like garbage.

Steve will get stuck and/or killed in the Upside Down in an effort to save Nancy. Listen, I'd much rather have Nancy remain stuck because she killed off our girl, Barb, but losing Steve would hurt the audience more, which is why they'll probably take that route.

Maybe I'm just a cynic, but that reunion scene between Hopper and Joyce is just a little too perfect and easy. My guess is that the Demogorgon will come bursting through the door mid-hug and cause some chaos, most likely resulting in Murray dying.

Barb is alive. We see Barb seemingly dead at the bottom of the pool at the end of Episode 7, but now that Eleven has eliminated Peter, perhaps all of the souls that he took along with him will be released, meaning our icon, Barb, will be brought back to life—and hopefully she'd give Nancy her comeuppance. Who am I kidding, Barb is too pure of heart for comeuppance, and that's why we love her.

Jonathan's crew will break Eleven out of the lab she's stuck in. Now, this isn't a groundbreaking take or anything, but I don't see another way for the plot with that crew to wrap up.

Nancy and Jonathan will reunite—somehow. I'm not exactly sure of how this will actually go down, but I could totally see him coming out of nowhere, jumping into the Upside Down portal, and saving Nancy from Vecna at the last possible second