The History and Creatures of Jabba's Palace 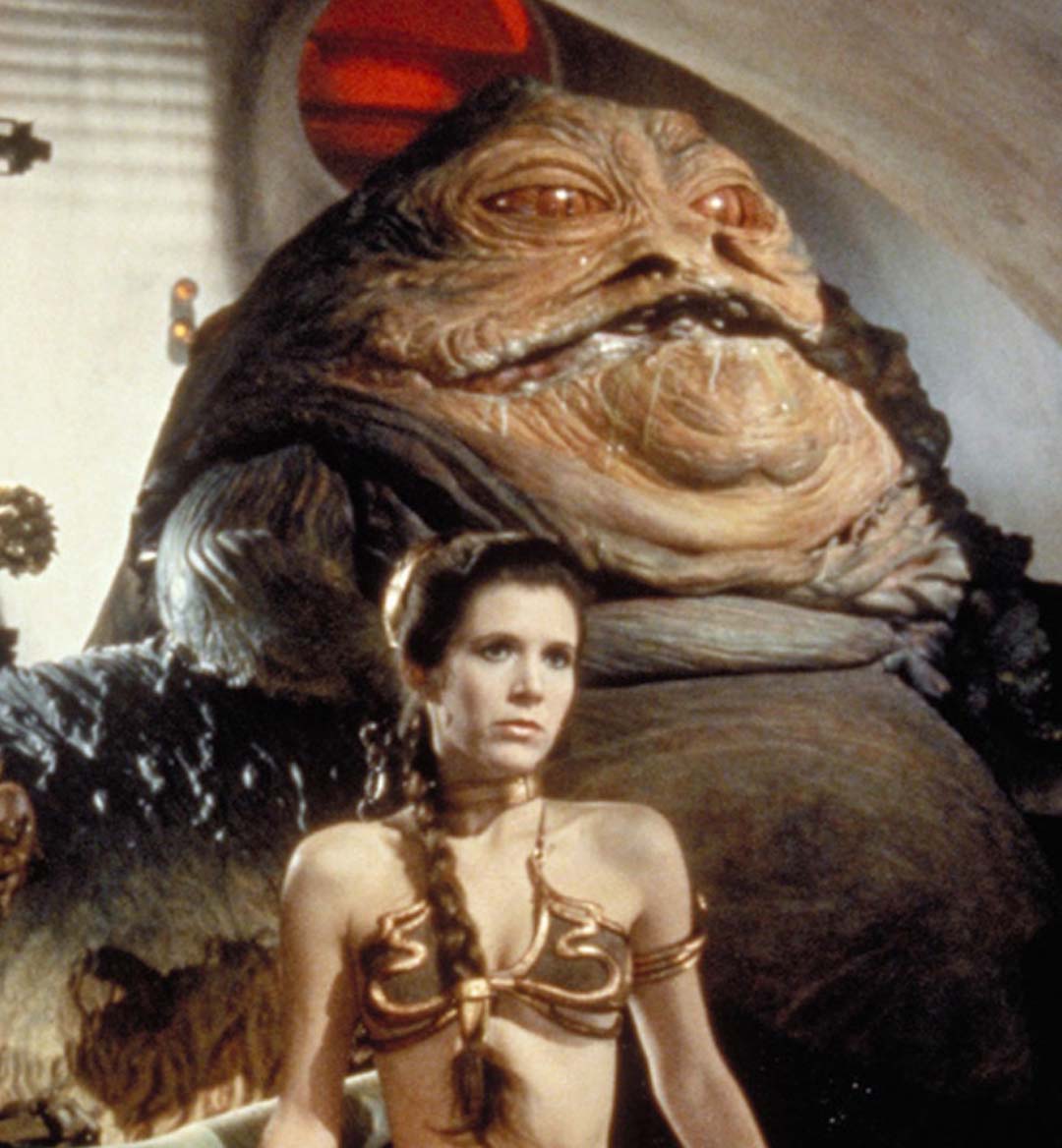 It's sort of funny that they call it a "palace" when the whole place is really just one huge, poorly-lit lair for a massive slug to chide whichever visitors deign to show up.

The Book of Boba Fett has shone a new light on the iconic Jabba's Palace, and though we were only at the site for a small portion of Return of the Jedi, it has become one of the most well-known locations within the Star Wars world. In many ways, its popularity is fairly similar to that of Boba Fett, who also had limited exposure yet became a major point of fascination to fans. 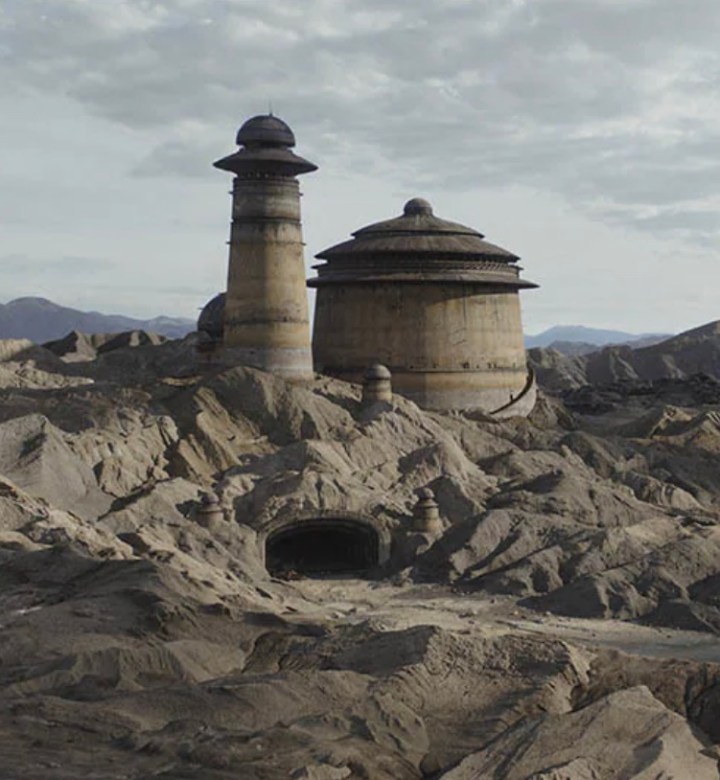 Jabba's Palace came to fruition first as a B'omarr Order monastery, though Jabba eventually took it over and decided to make it his hub for a crime empire. It's located on Tatooine in northern Mos Espa at the edges of the Dune Sea, with a frighteningly quiet walk to its entrance. The outside of the Palace was always guarded by an overly-aggressive TT-8L/YZ Gatekeeper Droid, which kept tabs on the comings and goings of the Palace.

Prior to Return of the Jedi, Hutt had some dealings with Darth Vader, which—after almost being killed by him—eventually led Jabba to grant him access to bounty hunters Boba Fett and Black Krrsantan. Fett was tasked with killing Luke Skywalker after he destroyed the Death Star, though Fett never was able to complete the task.

We get our first look into Jabba's Palace in Return of the Jedi, as it's a major place of interest given the fact that Han Solo was frozen in carbonite and brought to be housed at the Palace. The film's first half-hour is devoted just to the scenes at the Palace and in the area surrounding the Sarlacc pit.

Leia shows up to the Palace—disguised as a bounty hunter, Boushh—to free him alongside Chewbacca as her faux captive, and though she's successful in releasing him from the carbonite, she's caught by Hutt.

Although they're held captive there for a little, Luke comes by the Palace and tries to save them but ends up being captured, as well. This leads to the infamous scene at the Sarlacc pit where Jabba's entire team is killed, including Boba Fett (or so we thought). 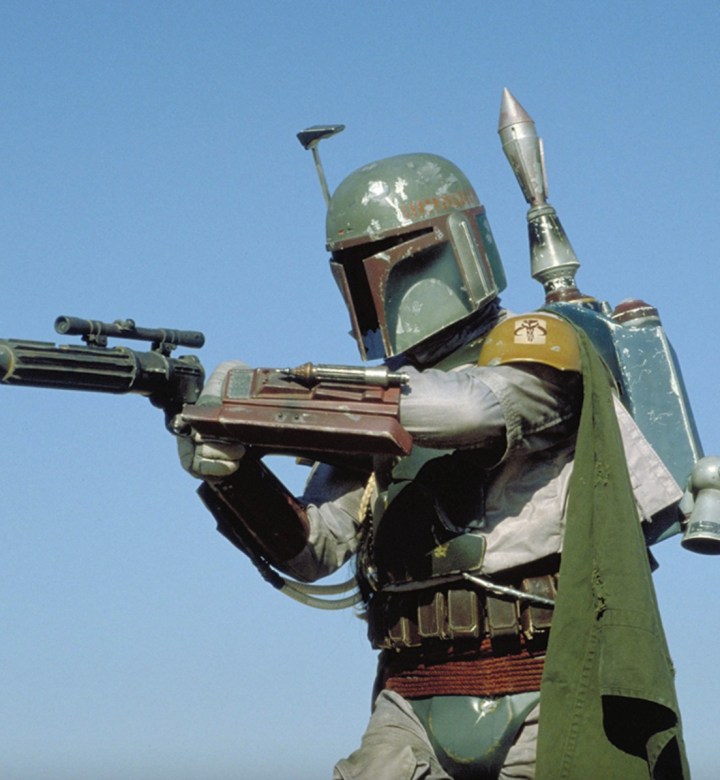 With a large staff and collection of shady bounty hunters who liked to hang around, Jabba's Palace was quite the party, as Hutt would even hire the Max Rebo Band to play alongside singer Sy Snootles. This conglomeration of individuals gave the palace its underground feel, with a few sticking out a bit more than others.

It's not Jabba's Palace without the slimeball in charge, Jabba the Hutt. Head of his criminal empire, Jabba knew the ins and outs of the bounty hunting world, always keeping tabs on his crew with an aggressive, no-nonsense attitude. Of the Hutt species, he held no empathy for others and was ruthless, leading him to become one of the most feared beings on Tatooine and in the galaxy.

The most well-known bounty hunter at the palace, Fett is quiet though always calculated, occasionally playing the role of Jabba's secret weapon. However, he eventually falls into the Sarlacc pit while lending support on the barges in the Dune Sea.

Bib Fortuna served as Hutt's majordomo, an extremely pale Twi'lek who did a better job at creeping everyone else out than what he was really supposed to be doing. He clearly didn't have much loyalty to Hutt, as Fortuna eventually took over his throne following Jabba's death at the Sarlacc pit.

Though not many know her name, Oola was the green Twi'lek enslaved by Hutt, who was chained up next to him. However, she didn't last long, as she was thrown down his trap door and killed by the rancor. 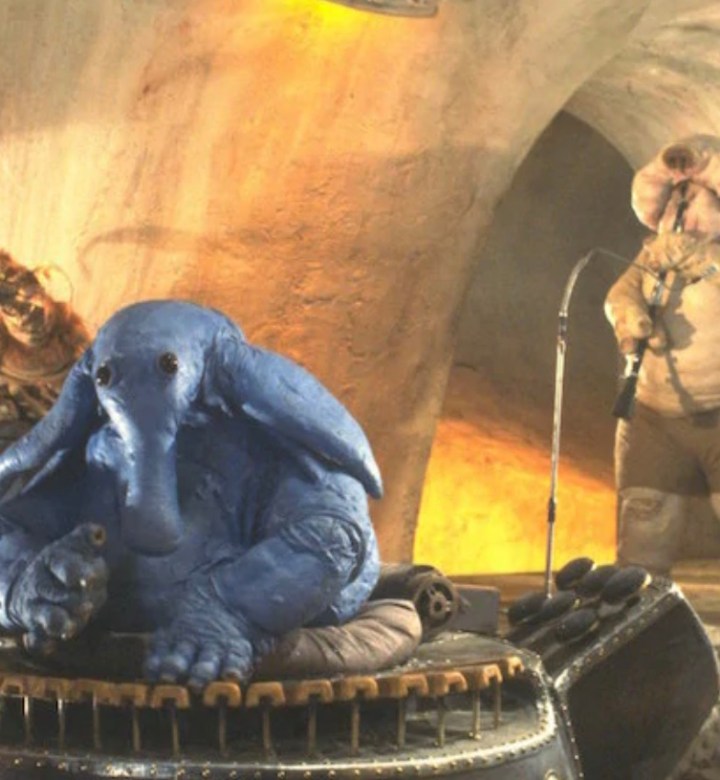 Though the characters had technically larger roles, the creatures and droids within Jabba's Palace really made it what it became, as they gave the palace its distinctive look and feel.

It's really not Jabba's Palace if the iconic Kowakian monkey-lizard, Salacious Crumb, isn't there. Though his only real purpose was to nest in the crook of Jabba's tail and scream-laugh at the visitors who stopped by, Crumb has become one of the most beloved creatures at the palace.

Who's better at bringing overall good vibes than the man himself, Max Rebo? This lovable, squishy-looking Ortolan helmed the band of his same name, which played an assortment of jazz for everyone who hung out at the palace.

Sy Snootles (what a name) performed with the Max Rebo Band in her unforgettable performance at the palace, singing the song, "Lapti Nek," a Star Wars classic that is currently stuck in my head.

Yowza, a Yuzzum, was also featured in the performance of "Lapti Nek," for which he provided some additional vocals in the updated version of the film.

A lovely creature that lives beneath the trap door in Jabba's Palace, the massive rancor takes down every victim that's dropped down to him without a second thought. I do have to say that one of the saddest moments of Star Wars is seeing his trainer, Malakili, so incredibly sad after it's killed in Return of the Jedi.

Gamorreans are practically synonymous with Jabba's Palace—they're the brute strength of the bunch and guard the palace, though they can be fairly clumsy sometimes, like when one of them fell down the trap door in Return of the Jedi.

This creature was a weird, bulldog-looking frog with a spiked collar who served as a guard dog for the palace. Though it didn't seem like he was really doing much, he was actually a trained assassin who worked with the Imperials.

The first droid we encounter at Jabba's Palace in Return of the Jedi, the BT-16 Perimeter Droid hilariously scares C-3P0 as he's walking in. These droids primarily acted as forms of security as they walked the halls of the palace and were equipped with different sensors and blaster cannons. In The Book of Boba Fett, we see this droid walking around outside of the palace as security, as well.

EV-9D9 controlled the torture chamber of the palace, where she took apart various droids and tortured them, though she was just hired as a mechanic to deal with the droids that came and went. She worked alongside 8D8, another droid who dealt more so with the Gonk droids, which he also tortured. Overall bad vibes here. However, he ends up working for Fett in The Book of Boba Fett, serving as the majordomo of the palace. 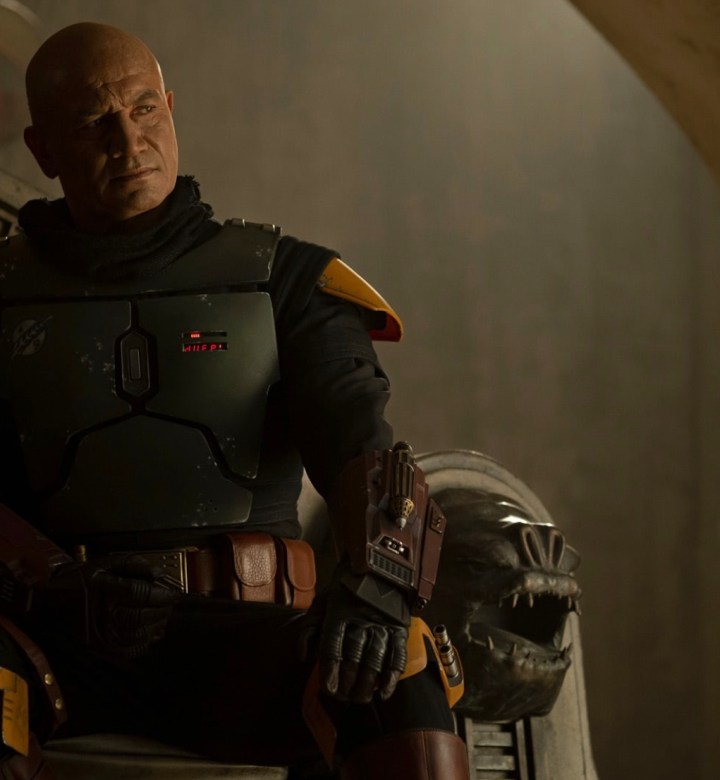 We hadn't seen Jabba's Palace for quite a while by the time the post-credits scene in The Mandalorian's Season 2 finale rolled around. Now that we have The Book of Boba Fett, we're getting to know the palace from a completely different angle, looking into parts of the building that we were never able to see prior to this.

For one, there was a kitchen with robot chefs who cook food? And the two chefs were actually designated as sous and executive chefs? I thought the only things that were served at Jabba's Palace were the disgusting Klatooine paddy frogs that Hutt ate at his throne. At this point, I want an MTV Cribs episode of Jabba's Palace because there are bound to be more interesting finds throughout the whole place.

As for the fate of the palace in the next two episodes to come, it seems like whoever ends up winning the war between Fett and the Pykes will become the true owner of the palace. While the Pykes may have a larger team on their side, Fett's army is proving to be quite the bunch with tons of different strengths, which will make the famed bounty hunter tough to beat.