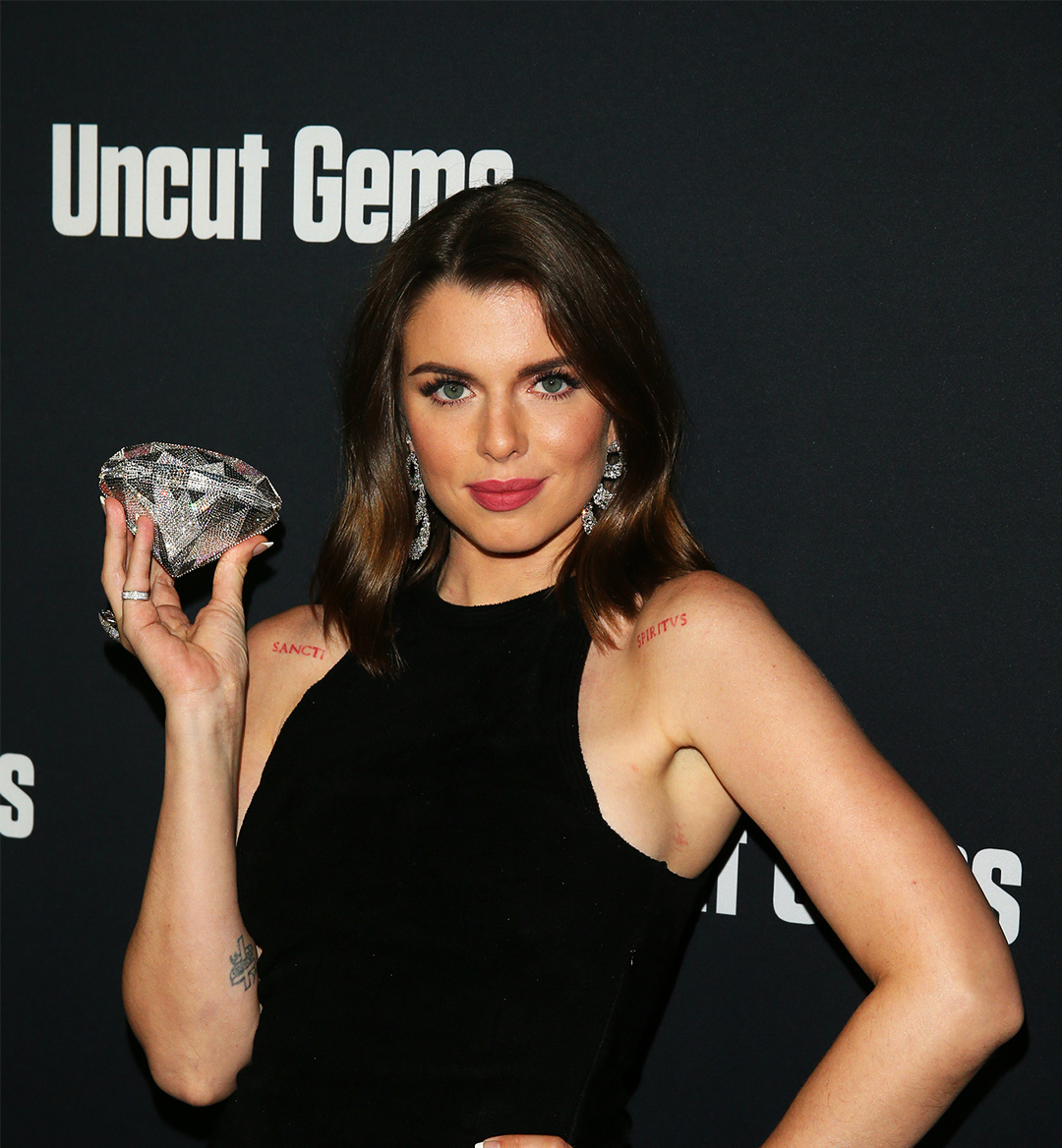 2019 was a massive year for movies. Between A-list performances from A-list actors in films like Once Upon a Time in Hollywood and Knives Out, to award-winning roles for up-and-comers like Awkwafina and Choi Woo-shik in A24 showstoppers, the list of memorable appearances on screen this year is long. With that said, every once in a while, someone comes along and steals the show. They become the only thing anyone can talk about. This year, the standout is Julia Fox's portrayal of Julia, the extramarital girlfriend to an NYC Diamond District jeweler named Howard Ratner (Adam Sandler), in Uncut Gems.

If you scan through the slew of articles written about Fox over the past week, you’ll find that most of them emphasize the actress’ similarities to her on-screen persona. But in this parallel, we often miss the point. Because although Fox may have the same Long Island lilt as her on-screen counterpart, to deem the character Julia a mere replication of Julia Fox does a disservice to Fox’s career. On-screen, Julia is a part-time jewelry saleswoman/part-time coke dealer. Julia Fox, on the other hand, wears many hats. And in her malleability, she embodies so much of the ONE37pm ethos. She is, and has always been, committed to creating.

The actress/artist/filmmaker/model/writer demonstrates that in an increasingly interdisciplinary world, we must become increasingly interdisciplinary content creators. Yes, her performance in Uncut Gems is unforgettable. It feels hyper-real, and it operates as a perfect foil to Sandler’s unbridled anxiety extravaganza. But beyond praise for her performance, Fox and her work illustrate a growing necessity of the ability to shapeshift as a modern cultural icon. It is no longer enough to just steal scenes. You have to steal the scene.

Before diving into what makes Fox’s Uncut Gems performance so special (to me, it surely isn’t her resemblance to her character), we should highlight her other, less well-known work.

Fox has published multiple photo books, with each release building on her keen ability to capture the chaotic tremors of living. Much like Uncut Gems, a lot of her photography is about response; she demands a visceral reflex from the viewer. And in the way that the Safdie brothers’ flick leaves viewers feeling restless, wired, anxious (and a multitude of other adjectives), her work—specifically in her 2016 exhibition titled "PTSD"—asks the viewer to enter her emotional headspace during her unexpected multi-month tenure in the Louisiana bayou. Her ability to invoke certain emotions from the viewer informs her capacity to do the same on-screen. Her work as an artist is thus not distinct from her work as an actor. They are both part of a unified whole, a unified creative.

“I love to write, to create my own characters and make them do whatever I want,” Fox tells Sangeeta Singh-Kurtz in a recent interview with The Cut. Here, again, she demonstrates the impossibility of separating her work as an actress from her work as an artist. Her photography, her writing and her acting are all extensions of this desire to “create [her] own characters.” That’s ultimately what all creatives are trying to do. She tells Singh-Kurtz, “You’re the casting director of your own life.”

The point is this: We don’t know Julia Fox! So the idea that her portrayal’s realism is derived from her character’s similarity with the actress herself is a moot point. She feels real because she is able to invoke an amalgam of experiences, both relatable and alien, to construct a total character. We relate to some traits (and perhaps identify them as replications of Fox’s real-life persona) but are left with questions about others. This is the signature of not just a talented actor, but of a more omnipotent creator. Fox delivers not because of her ability to tell her story; she succeeds because of her ability to tell stories, period.