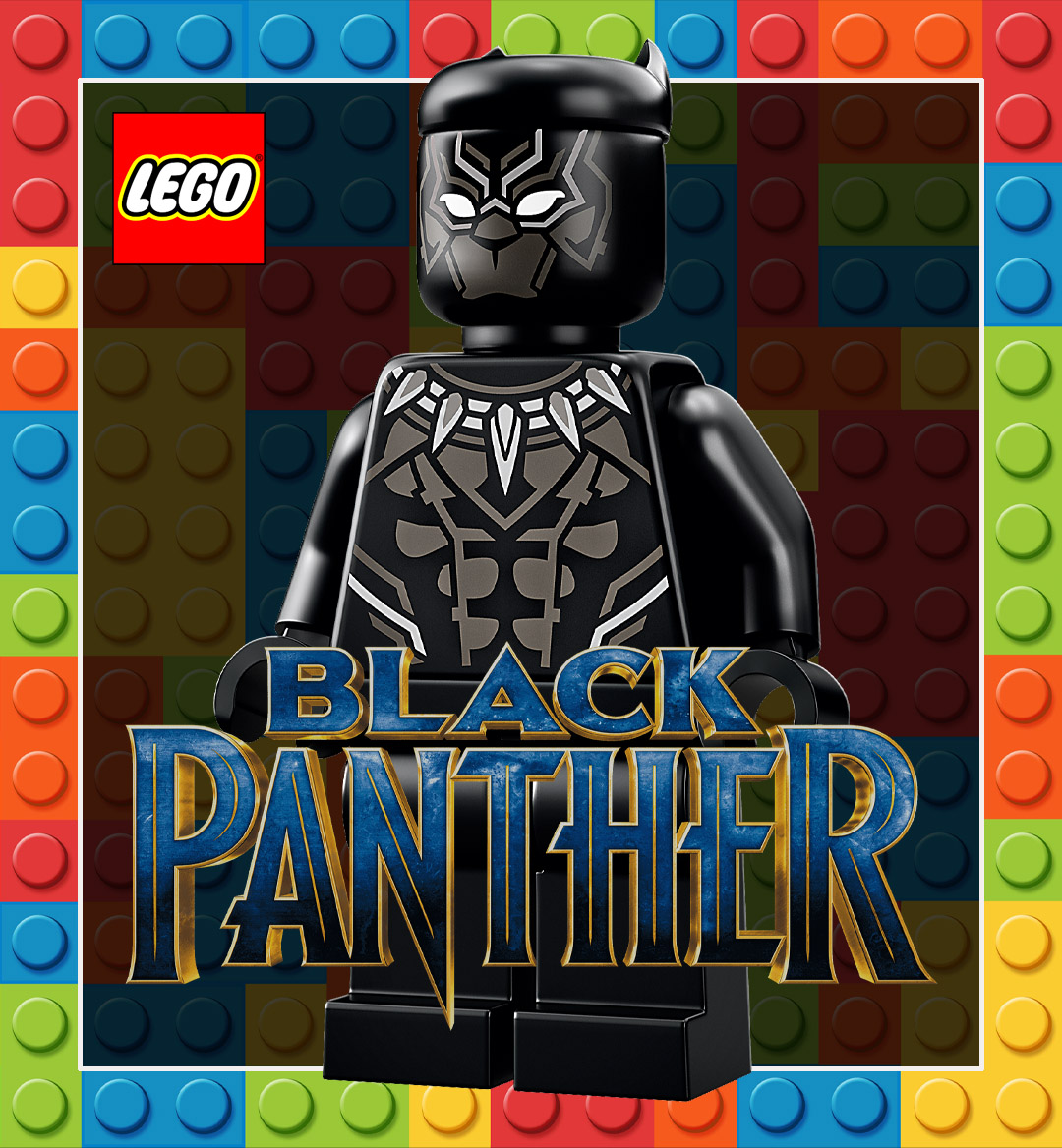 With Black Panther: Wakanda Forever hitting theaters, I wanted to take a walk down memory lane and revisit every Black Panther-related LEGO set and see how they ranked up. This list will size up every LEGO set released under the greater Black Panther umbrella, as well as LEGO sets from other movies/games that included the character.

Related: The 10 Best Marvel LEGO Sets to Add to Your Collection

With that said, let’s dive in! 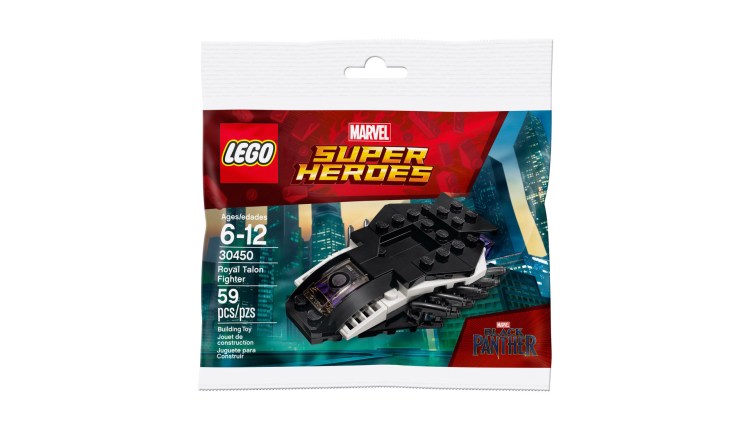 Of course, the smallest Black Panther set had to come in last place. While this is a fun little build, it doesn’t hold a candle to what comes next on the list. 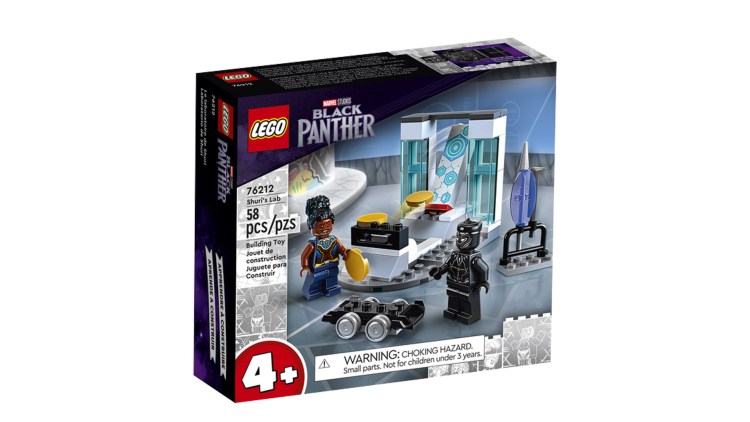 Released under LEGO’s “4+” banner, this set is aimed for builders graduating from Duplo bricks into the traditional brick system. Bearing that in mind, this set was never designed to wow the adult audience, but the inclusion of an exclusive Black Panther minifig make it a worthy purchase at just $9.99 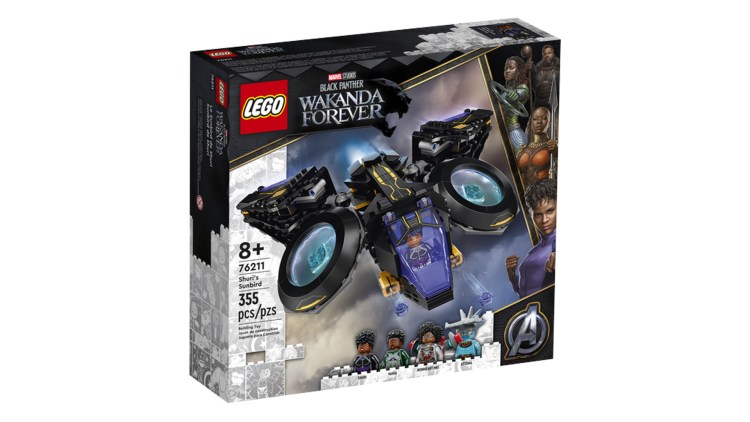 Based off of Black Panther: Wakanda Forever, this set included some unique design elements and good contouring, but overall it lacks play features and is pretty forgettable. Not much to say here, hence it’s relatively low ranking. 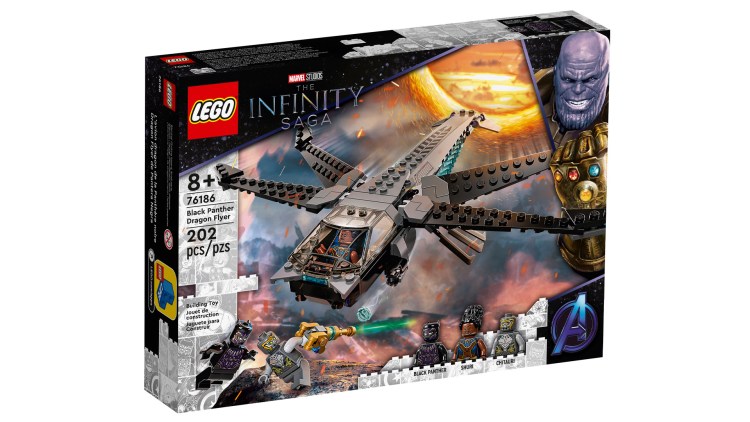 Released in LEGO’s ever-growing Infinity Saga wave, this set offered a relatively cheap way to get T’challa and his sister Shuri. I found the build to be a little flimsy, but overall it was a pretty decent set for only $19.99. Nothing too memorable, but nothing awful either. 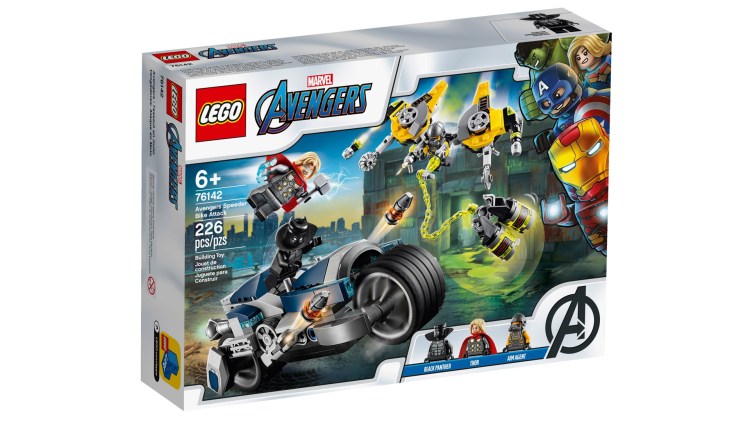 Released in 2020 to coincide with the Avengers video game, this set had Black Panther and Thor team up to take down an arial A.I.M. trooper. It was a decent set for $19.99, but it was the only set on this list I had to look up that I couldn’t recall from memory, so where it gained points in playability it lacked in memorableness. 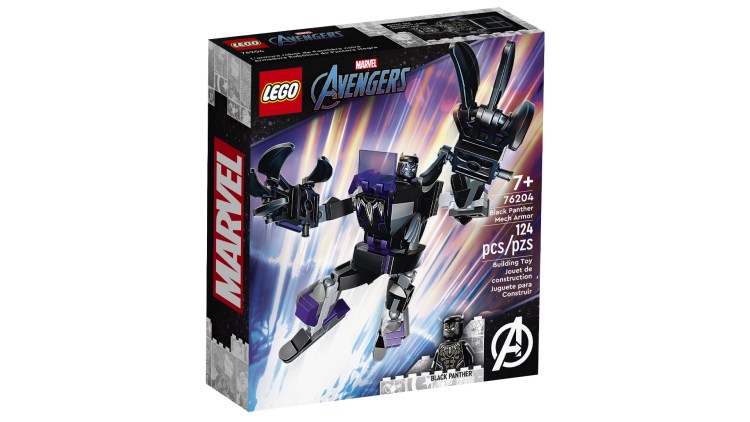 LEGO has done a great job of offering price friendly mechs in the $10 range (soon to be $15, come 2023.) Earlier this year, we got a Black Panther mech which included a brand new minifigure of the character. 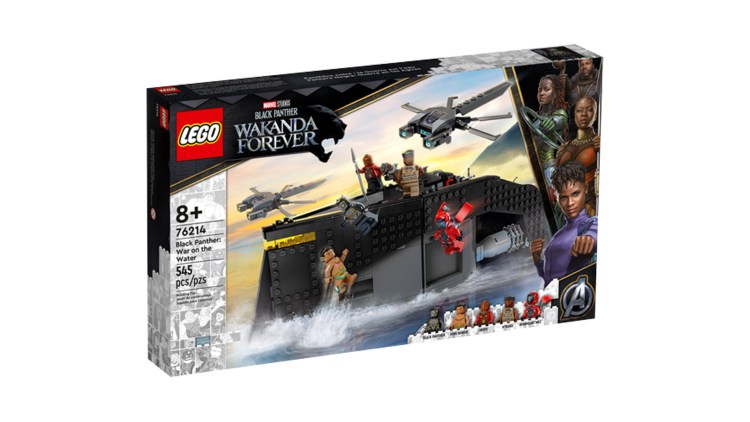 This list is being written before the release of Black Panther: Wakanda Forever, which means I don’t have the full context for what this boat vehicle is supposed to be. Regardless, there are very few play features on the boat, and it basically is just a large, black build with not much play value built in. While it has great minifigures, the $90 price point is a lot to ask for a model that is meant to be a playset, yet lacks any noteworthy play features. 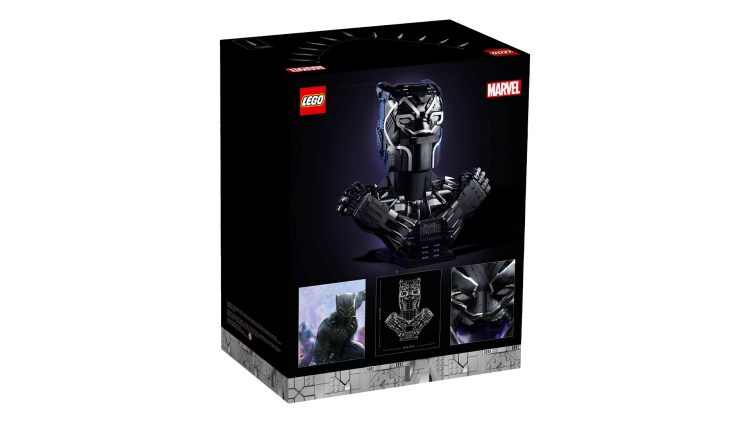 By far the most controversial Black Panther set ever, the 2,961 piece tribute to the protector of Wakanda baffled fans upon its reveal. While it is a gargantuan build, the $350 price point turned off a lot of Lego builders considering the same price could get you the show stopping Daily Bugle, or the Sanctum Sanctorum for even less. Unfortunately, the model also shows some pink and purple elements from the internal construction of the set, which at the $350 price point turned a lot of collectors off from this set. While I’m not a fan of the set, and while I recognize that some readers may rank this as the worst Black Panther set, I do think that it deserves a mid-tier ranking due to its impressive size and nice display value (as long as you don’t look at it too closely.) 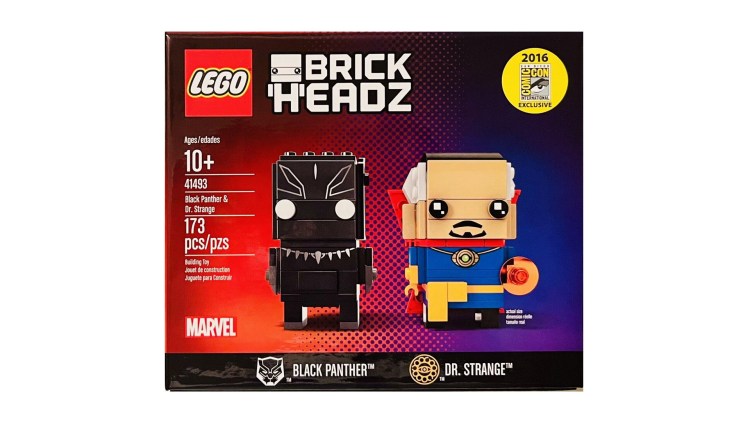 This is certainly the most rare Black Panther set, as it was distributed in very limited quantities at the 2016 San Diego Comic Con. It cost $39.99 back then, but good luck finding a sealed copy for less than $800 these days! 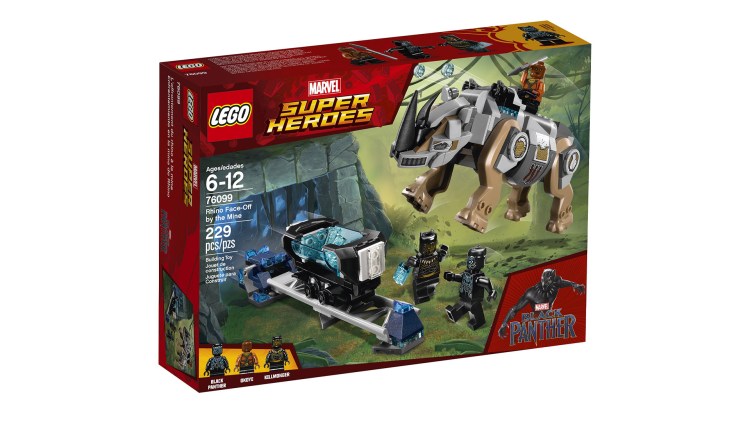 The cheapest set offered from T’challa’s solo film, this set was fun due to the mine cart rails and robotic rhino builds. I wish I’d bought another one of these to keep sealed, because the box art was awesome, too! 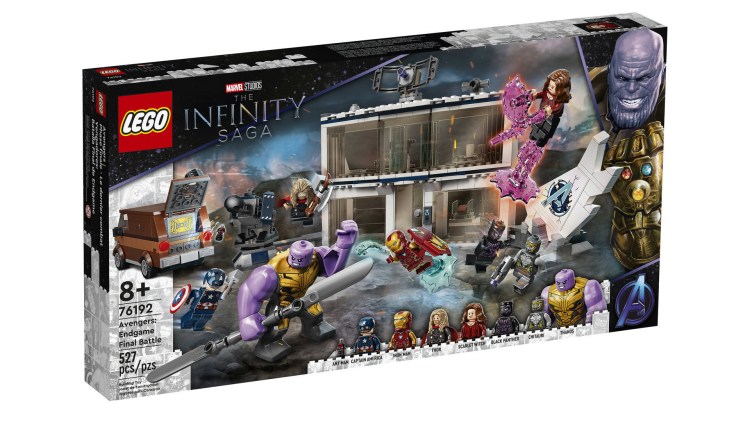 Ever since the release of Avengers: Endgame in 2019, fans have been clamoring for movie accurate sets. If you’ll remember, all of the sets we got at the time of the film’s release had the Avengers in their white Quantum Realm team suits, which made most of the sets from the wave pretty uninspired and forgettable. Thanks to LEGO’s Infinity Saga wave, we’ve finally dipped back into the MCU’s history to get sets we should’ve gotten years ago, and the Endgame Final Battle set delivered on that. It included a big fig Thanos (with a moveable head!) as well as Captain America, Iron Man, Thor, Scarlet Witch, a Chitauri soldier, an Ant-Man micro fig, and of course, Black Panther. It retailed for $69.99, and while a lot of builders complained that it wasn’t a great build, I think the inclusion of Ant-Man’s van and the multiple minifigures made it to be a pretty memorable set. 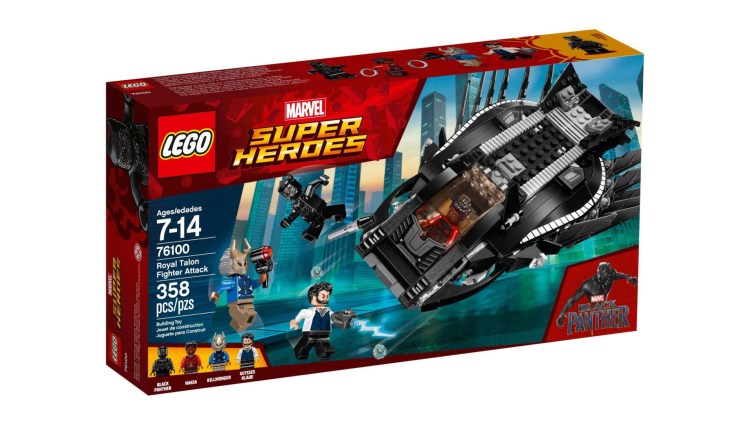 The most expensive set from the Black Panther movie tie-in sets, this one came with phenomenal minifigures and a surprisingly detailed build. It’s become popular over the years for its minifig selection, but I cannot praise the build enough. It’s really held up over the years! 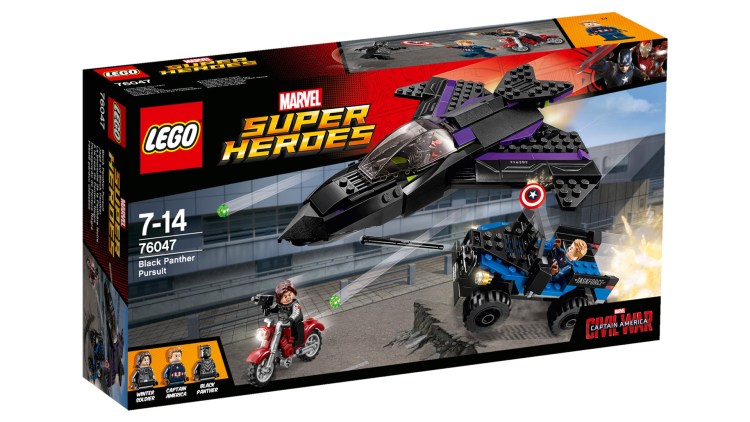 This was the first-ever LEGO set to include Black Panther, and it remains unique in that it’s the only set to give T’challa printing on the black horn piece atop his head. That piece has become essential in the purist customizer community, and the inclusion of T’challa’s black and purple jet made for a fun play scene (even if the scenario wasn’t entirely movie accurate…) 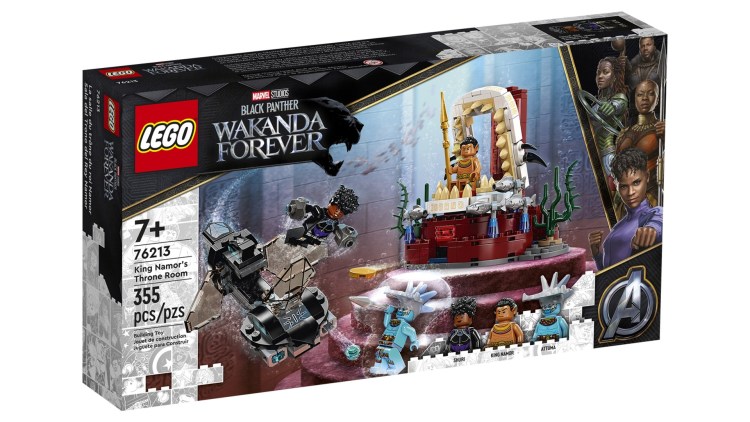 It’s hard to think of a better-valued LEGO Super Heroes set at the $29.99 price point than this one. Three minifigs, all main characters, a cool Wakandan mini-submersible and King Namor’s throne built out of the jaw of a shark. What’s not to love?! 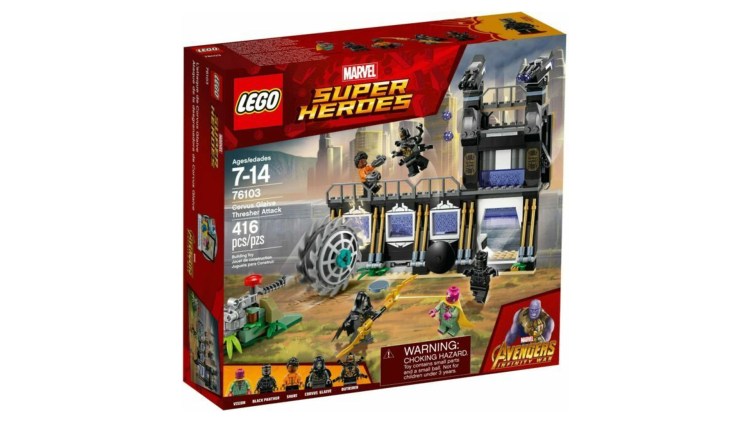 Crazy as it may seem, this $40 set from 2018 comes out on top for me, given its relatively low price point and high playability/display value. This set has more than doubled in value since its retirement due to its inclusion of the exclusive Corvus Glaive and Shuri minifigures, and of course the Black Panther and Vision minifigures make it that much more desirable. I love that the set was designed in a way that it could be combined with itself to build a giant wall barrier if you bought multiples - too cool!

I hope you enjoyed this LEGO Black Panther history lesson! Let me know your thoughts, and continue to build and stay inspired out there!