Agudo is determined to make an impact 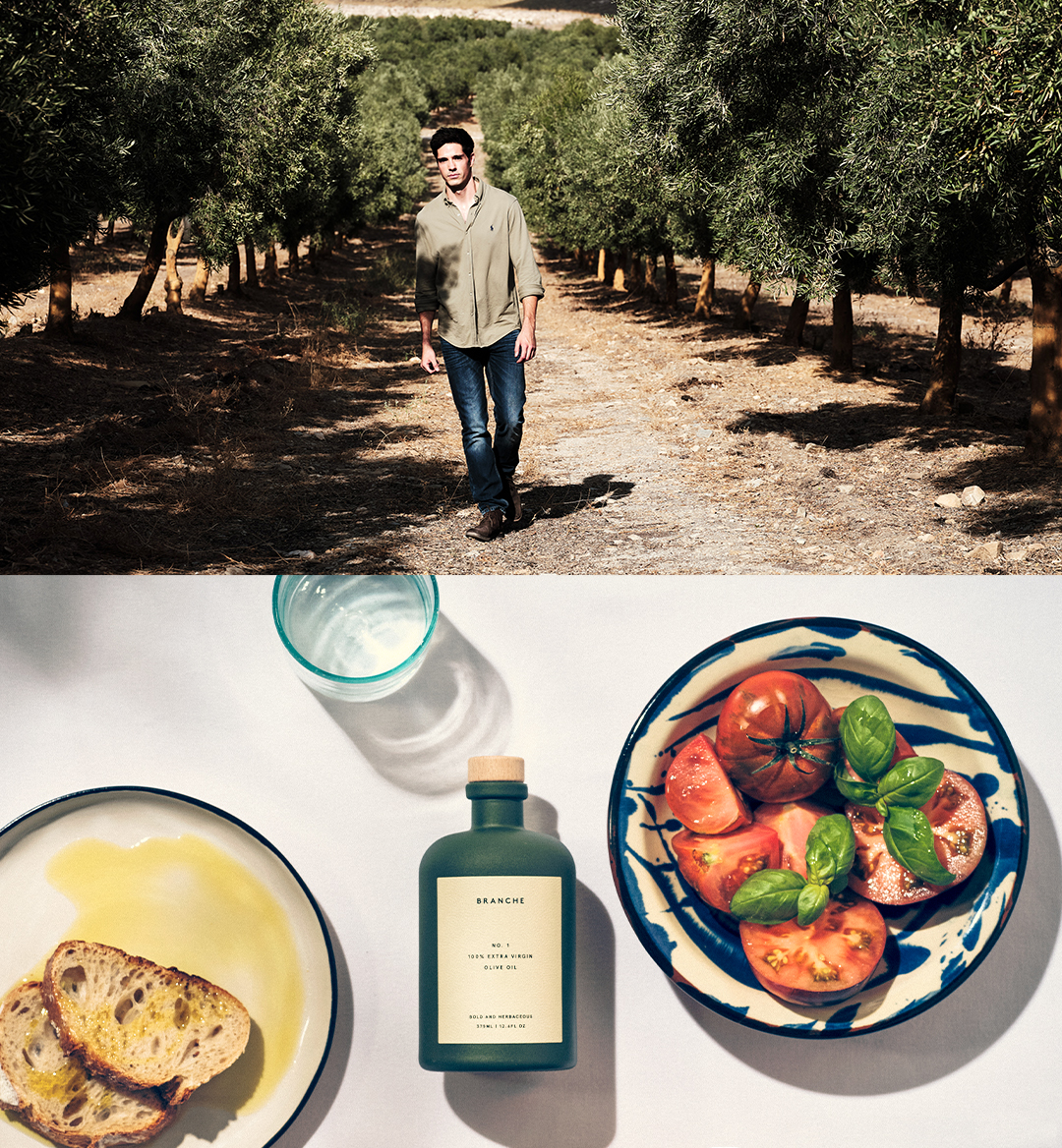 Food is love, and the ability to use food and food products to spread love, joy, and happiness is a gift.

Meet Carlos Agudo, founder of a new fresh olive oil geared at setting a new standard for sourcing, transparency, and flavor. Most olive oils available in the United States are full of filler ingredients and can remain on shelves for up to 7 years after harvesting date, significantly compromising quality and flavor, while some newer brands do not work with expert tasters or focus on elevated flavor profiles for gourmands and at-home chefs. 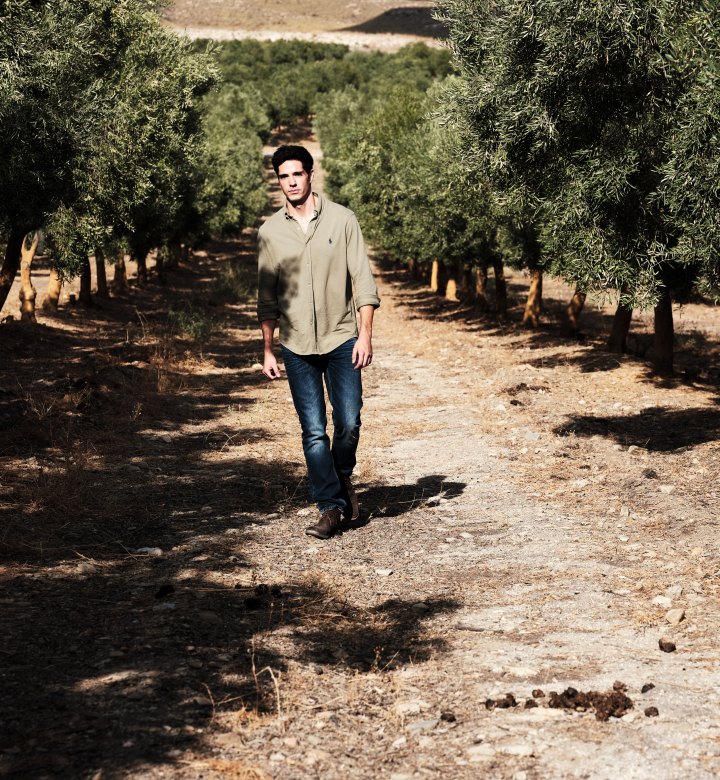 This is where Carlos comes into help. Tasting over a hundred arbequina (a varietal of olives) oils from Italy, Greece, Spain, California, Turkey, and Chile, Carlos has since become a professional olive oil taster and worked with masterful millers to land on a single farm in Spain to distill two high-quality oils.

Born  and raised in Spain, Carlos moved to the U.S. at age 18 and became a software developer before burning out and deciding to pivot into a new career. He then began working as a member of the IOC panel Applied Sensory under Sue Langstaff, leader of the U.C. Davis Olive Oil Taste Panel.

It was there that he learned about the many problems with the olive oil industry in the U.S. and developed the concept of a new company aimed at solving the industry’s problem of transparency that would create expertly crafted oil for the American palate and gourmands, which now leads to this newest olive oil from Branche. We spoke with Carlos more to learn about the product, and the future of the olive oil industry. 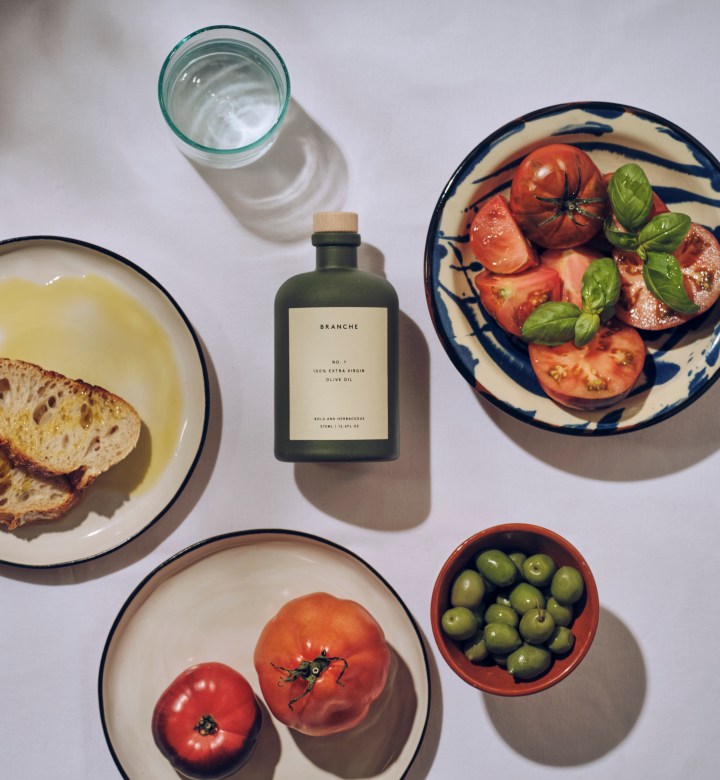 ONE37pm: Let’s start with the beginning. You moved to the U.S. at age 18 where you worked in software. How did you make this career pivot?

I worked on a few more hands-on and standalone projects, like a software stock-keeping system for a fresh produce company on the docks of San Francisco. I also worked for a European olive oil exporting company, which gave me great visibility into the industry. During this time, I visited numerous farms and learned about the fraud in the global olive oil industry. I also found that with higher consumer awareness around food quality, there was a real demand for fresh olive oil that tasted better than what was on the market but also had a level of traceability that hadn’t existed in the industry before.

ONE37pm: Tell us a little more about your time at Applied Sensory.

Carlos: In 2018, I had just started learning about olive oil tasting and had decided to become an olive oil sommelier. I knew if I was going to craft something that would sit at the pinnacle of the olive oil category, I needed to become an expert. A few months later, I coincidentally met the leading olive oil sensory expert in the U.S., Susan Langstaff, a family friend and the lead taster at Applied Sensory.

Applied Sensory was started at the U.C. Davis Olive Center, the leading research center for olive oil in the United States. The panel is responsible for grading olive oils - Extra Virgin, Virgin, Olive oil, and Lampante - and verifying that oils graded as Extra Virgin truly are. Believe it or not, 70% of the oils sold in the U.S. don’t meet this standard despite their labeling. Applied Sensory is the only tasting panel in the U.S. that is accredited by the International Olive Council to legally grade olive oils in the United States. 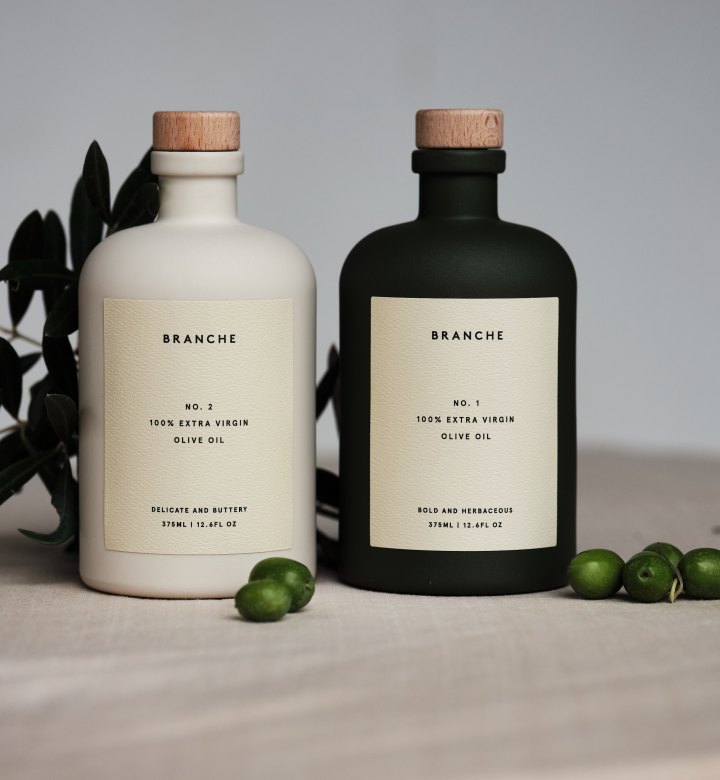 Sue invited me to attend a course at U.C. Davis and immediately after, I joined the panel as an apprentice, where I spent 2.5 years learning as much as I could about olive oil. This not only taught me about theory, but I also learned to blind taste olive oil for sensory defects and taste descriptors. We tasted hundreds of oils for all major olive oil companies that sell in the U.S. to verify the olive oil quality and assign unique taste descriptors, much like the way wine is tasted.

ONE37pm: What are some of the problems in the olive oil industry that many might not be aware of?

Carlos: One big issue is that the industry needs to raise its standards to show more visibility to consumers. Things like the month and year of harvest, single-origin sourcing, and packaging of the olive oil are all important. Olive oil is best when fresh, but the majority of olive oils on shelves in the U.S. are 3-6 years old and blended from many different countries.

When we created Branche, we wanted to share the whole story, and that starts with the farmer. We’re giving the consumer an insider view of the farm, the precise conditions under which our olives are grown, and how we craft our two distinct flavors. We believe giving them a plethora of details gives them a more insightful experience, from farm to table.

ONE37pm: How did you craft this oil and come up with the packaging? It’s beautiful by the way!

Carlos: I spent over two years tasting hundreds of oils and learning to understand the spectrum of aromatic and tasting notes of olive oil. Our goal from the start was to approach olive oil like wine, and create two flavor profiles that chefs and gourmands around the U.S. would want to include in their dishes and recipes. For No. 2, we wanted to create a buttery oil with nutty and fruity undertones that would pair well with lighter dishes. For No. 1 we focused on a greener flavor profile. It is herbaceous and grassy with notes of green olive, artichoke, and green tea. Perfect for heartier dishes. 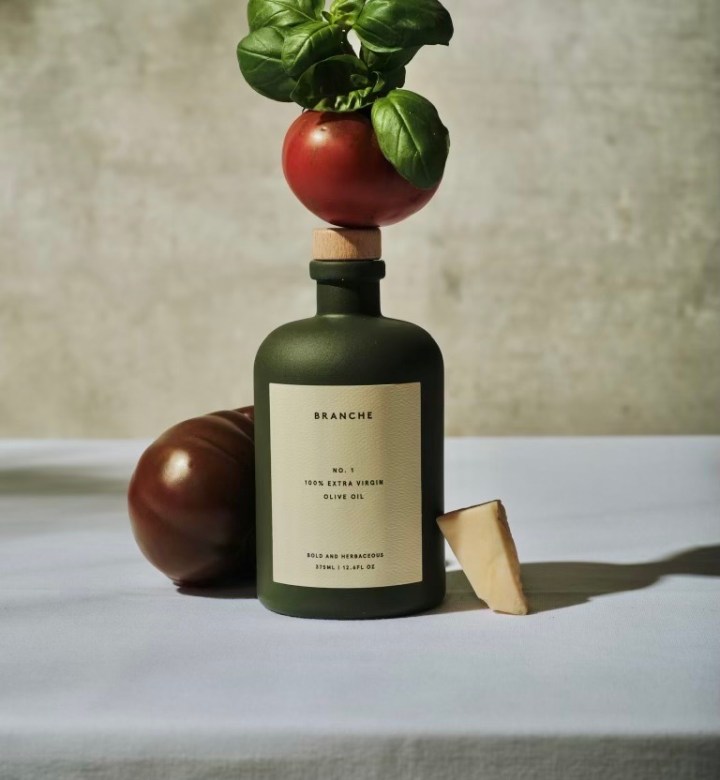 As for the packaging and design of the bottles, and I iterated through dozens of bottle shapes, cap types, colors, and textures until we found something that felt just right for our oils. The bottle texture is a nod to the ceramic containers that were used to store olive oil and wine by ancient Greeks and Romans - Amphora.

Our bottles became an obsession for a very long time because they needed to convey everything about the product, from the care that went into crafting our oils to the flavor each blend has and which dishes they would inspire our community to use them with.

ONE37pm: What else are you working on?

Carlos: Branche is taking all of my attention at the moment, but through the ideation process and bringing the company to life, it became apparent to me that this would be a multidimensional company and not simply an olive oil company. The ethos of our brand is to inspire more meaningful connections to and around food, and that starts with intention and care around everything that goes into making our product.

This ethos carries through many projects that could be developed under the brand. I’m really focused on making the brand into an innovative and satisfying experience for consumers and also for the people that work on it.