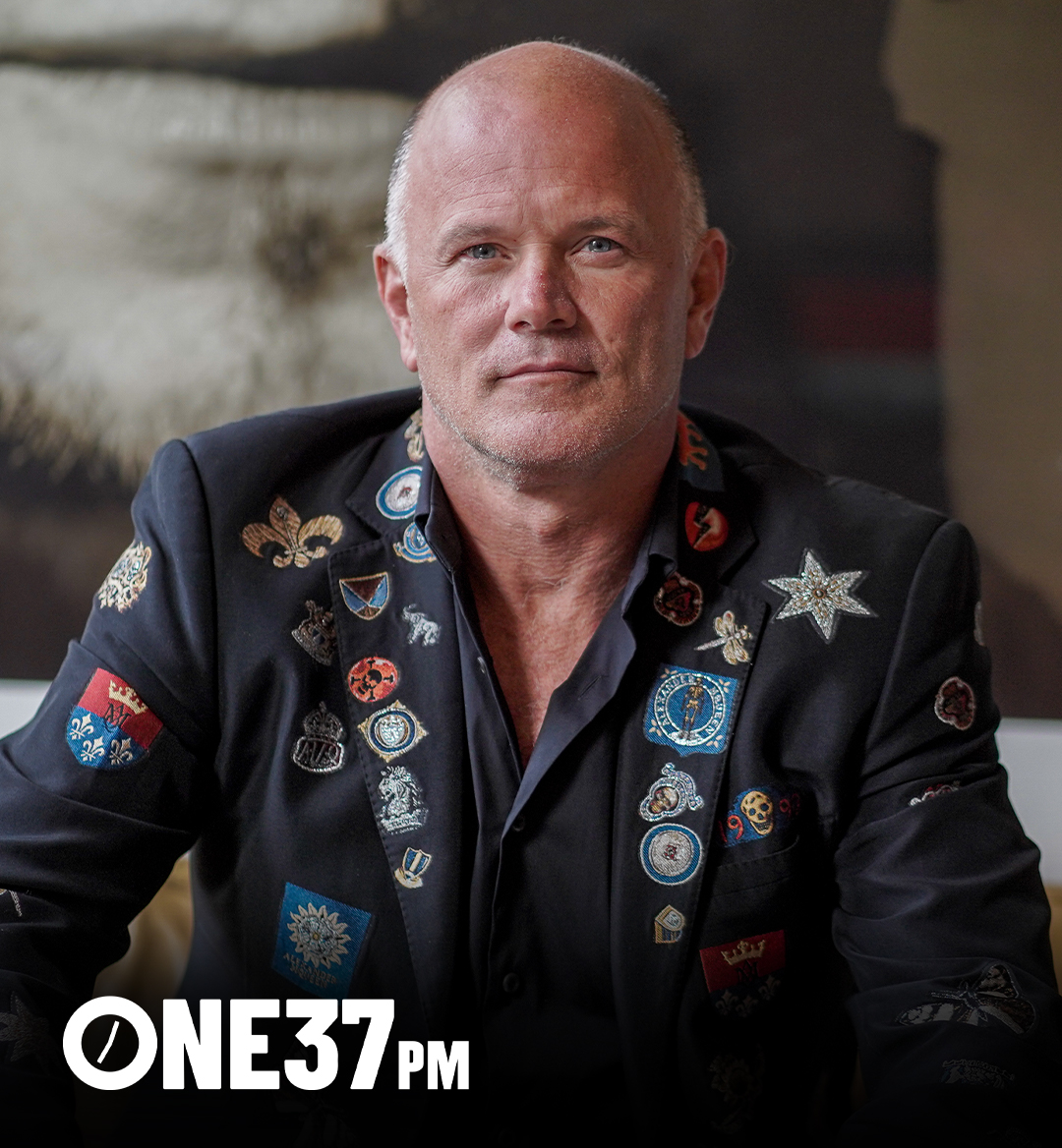 From cryptocurrency to wrestling, Mike Novogratz has some stories to share. The ex-hedge fund manager (current CEO of Galaxy Investment Partners) has dominated the business world and done it his way, the whole time. He sat down with our very own Tyler Schmitt to talk about all of the life experiences that have led him to this point.

When Mike Novogratz wrestled in high school, he was good, but not great.

“It drove me a little crazy. Why wasn’t I great?”

He looked back on a few different dynamics that didn’t allow him to succeed on the biggest stages. Those stages were defining moments for Novogratz.

“I look back at wrestling as ‘how to give me resilience.’ No one goes undefeated. You get the shit beat out of you loads of times. How do you get back up and go at it again?”

He attributes the pressures, worries, and anxiety as the reasons he struggled in those big moments. It was wasted energy.

“Pressure isn’t real. It is a fake concept. You can’t go through life worried about what happens if you lose.”

He wore the dc chain to accept his Nelson Mandela award i thought that was lit!!!! 100s of millions spent on helping getting people who can’t afford it home to their family and fight from home b4 trial! @novogratz pic.twitter.com/3twOxkYV3S

"It is a lot more complicated."

Novogratz pivoted from wrestling by spinning those same lessons learned and applying them to business and life. He explains that the narratives built up in our head, are simply that. They are stories. Once you understand that they are stories, it becomes easier to let go of those pressures.

“We don’t teach enough life lessons. It is not integrated into our curriculum.”

Novogratz mentioned that his own son, 23, is a thinker.

Based on the political instability, economic instability, and the constant change occurring every day, Novogratz thinks things are harder for young adults now, more than four decades ago. “It’s hard to know what to be building too. Yes, it’s harder now to be a 22 year old than when I was a 22 year old,” he says.

When asked about cryptocurrency, Novogratz is aware that most people will believe he solely invested in it for money. But in actuality, there were more motives that pushed him to do so: “It was that, at the core… is a revolutionary spirit. The old system is broken.”

He says to look at Uber.

"It is probably immoral."

When you reach the status that Novogratz has eclipsed, there are always people trying to chop him down to their level. It can be business decisions, questioning his societal responsibilities, or his moral compass. Novogratz knows this and tries to maintain that awareness even as he reaches new heights. He embraces questions, even when they are personal.

One of these questions is whether or not it is ethical to be a billionaire.

Novogratz understands why people question the status of billionaires. He gets it. That doesn’t mean that the criticisms don’t sting, at times.

“The question hurts if you think you have been a good citizen and made your money in a fair way. But if you step back and take your personality out of the way… should we have a system that allows Jeff Bezons to make 275 billions?”

Even when Novogratz considers different points of view, even hypothetical scenarios, he does admit, it can be troubling to think about.

“It probably is immoral.” He battles with that thought everyday. He realizes that it is a very hard argument.

You are not your worst moment.

ONE37pm’s discussion with Novogratz shifts towards another topic that interests Novogratz, and that is justice.

“I fell in love with the line, ‘you are not your worst moment.”’ He believes that. It is a fundamental principle of his. Novogratz believes that where you are born highly affects your behavior.

Novogratz believes that that needs to be flipped on its head. He understands that there must be consequences and punishment, but people have become distracted from what is important.

“How can we help someone?”

Novogratz explained that he hired someone in his office who did 12 years for manslaughter. He says that he is one of the nicest, most thoughtful people he knows.

It isn’t easy. He knows that, especially with how fast things change and move. But seeing a man with the means of Novogratz, attempting to do something proper with it, is refreshing.

Even in regards to the criminalization of cannabis, or the consequences faced by people who battle with alcohol or drug addiction, Novogratz learned a valuable lesson from his wife: “Be gentle.”

He also thought he was nice to people. But he never considered himself gentle. His biggest evidence of that is his mindset with himself. He realized that he needed to be more gentle with himself first.

“I used to throw papers away if I didn’t get A’s.”

He now looks at his own children and laughs at the outrageous standards he was trying to emulate as a child. He needed to be more gentle with himself.

For a man with so much on the surface, in his discussion with ONE37pm, he also shows so much depth.