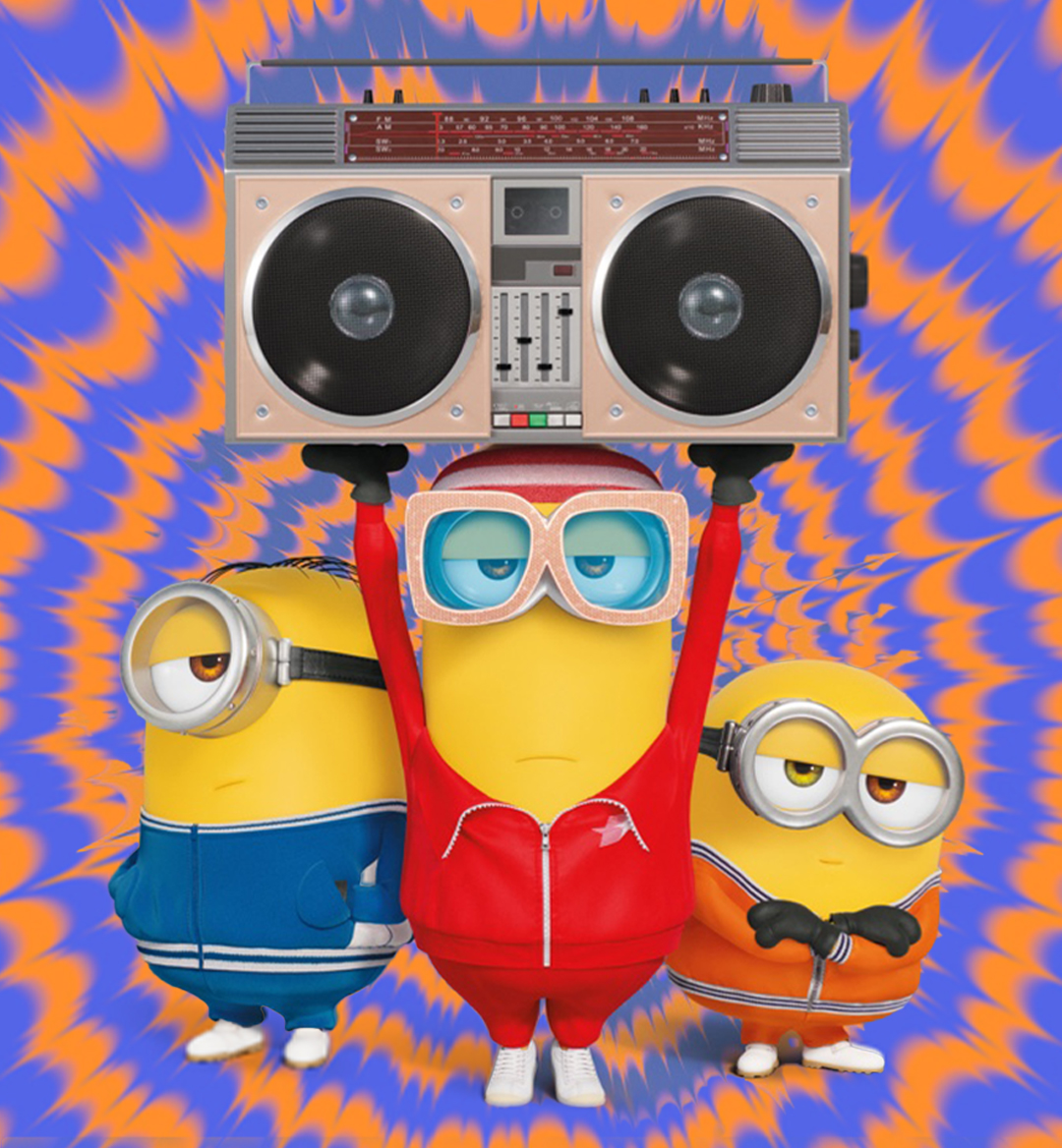 Even before its release date, 'Minions: The Rise of Gru' began to make a major buzz. Thanks to its trailer from Lyrical Lemonade founder Cole Bennett, along with the major influence of the "Gentleminions" trend, it's only picked up steam in the time since.

Cole Bennett's 'Rise of Gru' trailer was bound for viral success from its conception. When he told fans he'd be including Yeat's music in the trailer, the resulting response was a frenzy. In just six days, the video featuring Yeat's "Rich Minion" single hit three million views on YouTube.

In addition to Cole Bennett and Yeat's trailer, an entirely new layer of content was generated around it; rap pages, artists, other news outlets and creatives all chipped in to the insane amount of promotion that this movie has received. Look at this piece from Kill Che for instance. Che's an artist we recently featured on our socials for his painting of Nacho Libre on a nacho chip.

As if that's not cool enough, Lyrical Lemonade organized a clothing collection to celebrate Cole Bennett's role in the latest film's promotion. Here is the link to check it out on Lyrical Lemonade's online store; unfortunately (and to no surprise), the entire capsule has sold out already. The collection features a LL x Minions letterman jacket, hoodie, framed print, scarf (in true Yeat fashion), two styles of tees, and even a phone case. The products are being resold on platforms like Grailed at over double the price. For example, a plushie originally sold on the Lyrical site for $65 and was quickly resold for $150.

As prolific as the film's collaboration with the upper echelon of the music world is, it seems the most traction is coming from a trend called "Gentleminions." In this trend, fans of the 'Despicable Me' franchise (primarily young males) show up to movie theaters dressed in full work attire: suits, dress shoes, the whole nine yards. It's gotten so out of hand, kids participating in the trend are even being banned from 'MTROG' showings at theaters. Craziest part is that this is becoming a worldwide phenomenon.

The pièce de résistance for this entire Minions pandemonium is the film's box office performance. It's the clearest indication of just how big this film is becoming.

Over the course of this past four-day weekend, 'Minions: The Rise of Gru' had a box office opening of $125.1M. The first three days brought in $107M, which is the second highest three-day opening in the franchise's history. If you want to hear more about the film from the ONE37pm team, check out this morning's episode of the 7:31am podcast.