The 10 Most Hated Anime Characters 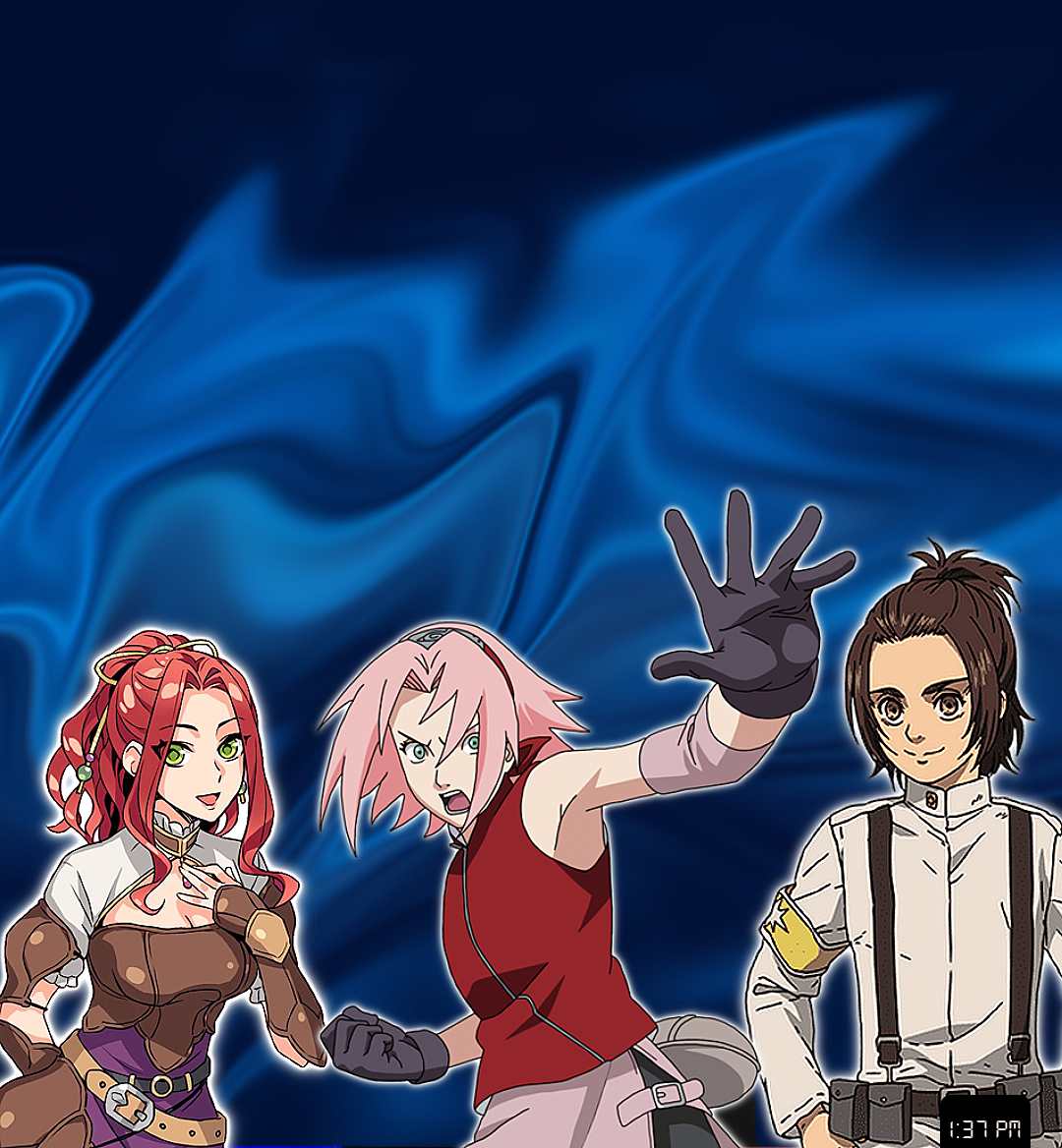 Within the vast realm of anime, there's a shockingly wide spectrum of characters who are utterly despised - some for no apparent reason and others for a variety of reasons. However, there's a special case of a few characters who make you want to jump through your screen and slap them across their face anytime they appear on the screen. And today, we'll talk about these characters. I will rank 10 of the most hated anime characters (deservedly so) in anime history.

WARNING: You have been cautioned that there will be spoilers for some of the shows these characters hail from. Now that that warning has been issued, let’s begin and see if you all despise these characters as much as I do! 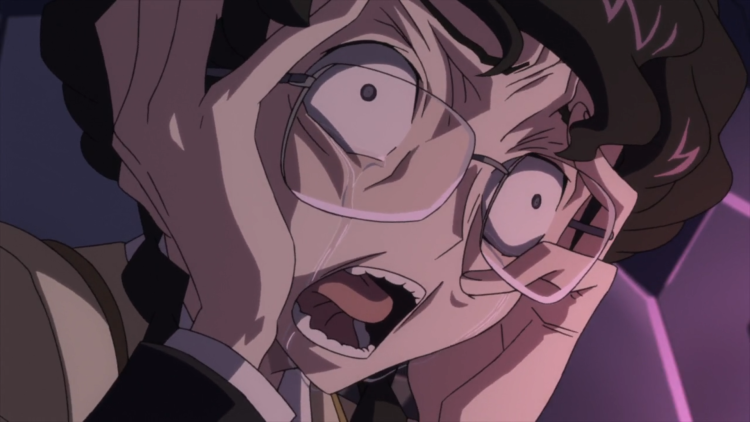 To start the list, we have the most hated Naruto character, Sakura. Now you can argue Danzo is the most hated, but I digress. Naruto, Sasuke, and Kakashi were the deadly trio of Team 7. These three were the foundation of The Hidden Village of Leaves and they carried their weight alongside being forced to carry Sakura's weight.

Sakura's appearance in the popular anime series Naruto and Team 7 can be explained as follows: She was a member of the Hidden Leaves Village's most powerful team, but her participation was minimal/non-existent.

She was bothersome for half of the series as a liability, and for the rest, she was involved in turmoil that escalated into large battles, resulting in a quarrel between the communities. Sakura never won any one-on-one battles despite being a talented medical ninja and trained by a legendary Sannin and Hokage Tsunade. Plus her constant belittling of Naruto angered me and plenty of other fans who had to sit through it all.

One Piece is my personal favorite anime of all time. The show has been around for about 22 years and is one of the most popular anime series ever. No other anime or piece of fictional work has ever matched its level of perfection in my eyes.

One Piece has undergone several major story arcs over the last two decades with Luffy encountering a variety of villains, including pirate crews and Marine government agents. But none despised as much as Spandam, the former chief of CP9.

Spandam led CP9 and was responsible for the kidnapping of Robin from Water 7. He was also the principal perpetrator in the execution of shipwright Tom. Spandam's nasty and irritating behavior toward Robin by forcefully dragging her by her hair, in addition to that of other One Piece villains,  is the primary basis for his intense dislike among series fans.

Mineta is the series' lone "anime pervert." Which means he was bound to be undesirable from the very start. Mineta, on the other hand, constantly appears to go above and beyond the occasional nosebleed or ogling that other perverse characters display. Instead, we've seen Mineta being extra perverse towards Tsuyu and forcing Momo to give him a piggyback ride by attaching himself to her with his grapes. But it was when Mineta said to Eri (who's a child, I might add!) "I'm Mineta, I can't wait to see how you look in 10 years," that he did the worst thing he's ever done. His inclusion on this list is based solely on that phrase and its connotation.

Malty Melromarc could be described in a variety of ways. I'm gonna go with her being a highly unpleasant woman. Malty is well-known among anime fans - even those who haven't seen Rising of the Shield Hero are aware of who she is and why she's held in very low regard. People have even been comparing her to the lady that plays Mera in the Aquaman movies (you guys know the one), which is a sentiment I've seen trending on Twitter.

As the girl Naofumi trusted the most turned on him, threw serious allegations his way, and betrayed his Shield hero reputation, Malty forced him to flee the country. Malty's deception made her one of the most loathed anime characters, which was exacerbated later when Naofumi gave her the most befitting nickname of...well, "female dog."

Gabi was added to this list simply because she was responsible for killing Sasha Blouse. Gabi earns her rightful place among the most hated anime characters for several other reasons. Her being such a hypocrite is what really defines her status here. We see her in the first episode and she appears to enjoy going to war - she rushes onto the battleground, pretending to be a civilian to fool the enemy, then bombing them and fleeing happily. She's been a part of several conflicts and has no objections to death and fighting. But when the nation of Marley is attacked, she doesn't understand why. Even when she has seen firsthand how despicable Marley truly is, she pretends as if they're still a guilt-free nation.

Before I witnessed this brilliant student do some questionable things to a table, it was evident that she held strong hateful views toward Japanese people. After she suffered a mental collapse, things got a lot worse. Nina snapped following Princess Euphemia's death, deciding that the only logical way to get her revenge on Zero would be to try to blow up the school, as well as assist in the development of weapons of mass destruction that would massacre so many people. I'm sure Euphe, who was a pacifist, is very pleased with you, Nina...

I'm sure some of you reading this right now might not agree with my pick. In my opinion, his character irritates me greatly. Jujutsu Kaisen fans are very well aware of this sentiment among their base, I might add. Mahito, unlike other cursed spirits, did something cruel and tragic. Junpei, a poor, harmless man, was changed into a hideous curse by his Idle Transfiguration. This forced Itadori Yuji's hand in the murder of his friend. Mahito will be most remembered for that emotionally charged scene. After the Shibuya Incident Arc, he's on each and every Jujutsu Kaisen fan's hate list and is far beyond ever being forgiven.

Because manipulating and attempting to kill Baam could be justified after Rachel's reasons are revealed, I'll leave that out of my Rachel analysis.

Regardless, I can't stand Rachel not because of what she did to Baam, but because she is a nasty human being. The following explanation should explain my reasoning in full: Out of spite, she stabbed Dan's legs. Then she pretended to be injured and milked it for a pretty long time. While ascending several floors of the anime's storied tower, she never attempted to contribute or assist her team in any way. She has never attempted to improve herself all the while. Plus she refuses to accept responsibility for her naughty behavior. She expects her teammates to treat her with respect and affability while offering nothing to them whatsoever and wailing like a spoiled kid.

Griffith from Berserk is a good example of a far more likable version of Rachel. Both are willing to go to any length to achieve their lofty dream. Griffith was willing to subject hundreds of thousands of his comrades to the most heinous mutilation and death, then force his best friend Guts to watch him commit an unspeakable act to Guts' pregnant fiancee.

Despite his far more heinous deeds, Griffith is a far more compelling villain due to his numerous redemptive characteristics. Because he worked exceedingly hard to better himself and his squad in order to attain his goal, he is personable, a master tactician, and a great combatant. Rachel isn't personable, tactically astute, or competent, and she makes no attempt to be. Instead of working to better herself or her team, she fabricates injuries and lies about them. How can you not classify her as one of the most hated anime characters? She possesses no redeeming traits whatsoever.

While I understand why he became such a complete jerk, it's very understandable why Shinji gets top billing as one of the most hated anime characters. He tried to kill most of the school's students for more mana energy and gloated about it, violated his younger sister due to outside factors (but still admitted to enjoying it just to make her feel miserable), attacked the captain of the archery squad for trivial reasons, and tried to do Rin dirty despite being repeatedly rejected by her.

It doesn't help that the majority of Fate/stay night sees Shinji at his absolute worst. He is a somewhat normal person outside of all those grail shenanigans and is constantly enabled to do terrible things to everyone around him, which, combined with his lack of a proper upbringing, built him up to be a walking disaster. Simply put, Shinji's a mentally unstable asshat with a serious inferiority complex.

Shou Tucker is a metaphor for humanity's tendency to manipulate individuals for the sake of furthering their ambitions and how the concept of progress is exploited as a justification to save one's skin. On the surface, Shou Tucker is a despicable figure for his heinous crimes, but I also curse his every appearance for what he represents.

Shou is at the top of my list of the most hated anime characters primarily because of what he did to his daughter and her dog. And that heinous act was performing human transmutation by combining his dog and daughter into one body and consciousness, which sickens me to this day.

However, several fans overlook the fact that this wasn't his first time committing such an act. Diehard Fullmetal Alchemist: Brotherhood fans may recall a conversation between Shou Tucker and Edward in which he admits to doing the exact same thing to his wife! Mr. Tucker, you're now two for two! To make matters even worse, Shou Tucker has shown no sorrow or regret for his disgusting actions. He claims to have done everything in the name of science and alchemy, which makes him even more of a grade-A bastard.