The 20 Most Powerful Jedi of All-Time 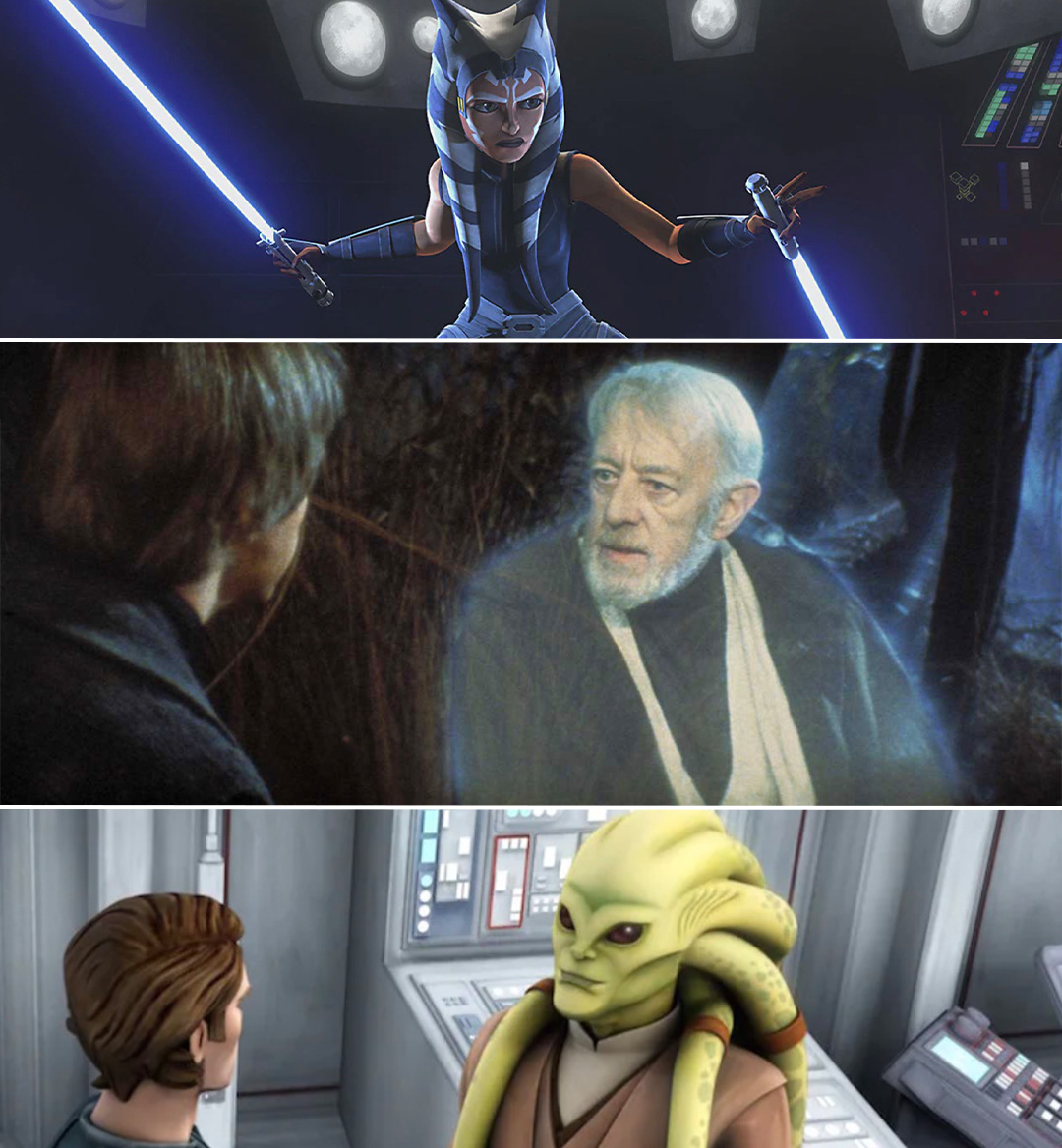 One would think that a grouping of the most powerful Jedi would be a fairly short list: you've got Obi-Wan Kenobi, Luke Skywalker, and Yoda—you know, the usual suspects. But here's the thing, those weren't the only Jedi knights crushing it around the galaxy. In no specific order, these 20 Jedis encompass a much wider range of beings, including those we know well and others who maybe didn't get as much screen time. 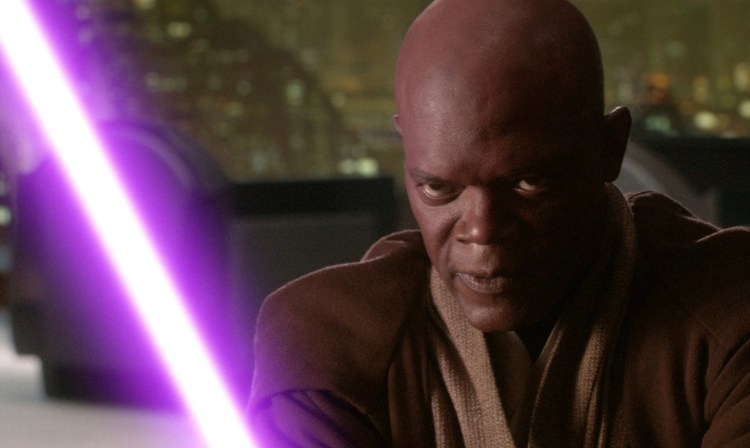 Our purple lightsaber-wielding friend, Mace Windu, is probably one of the most under-appreciated Jedi of all time. Many people (including myself) get lost in geeking out over his lightsaber that we tend to gloss over the fact that he played such a major role in trying to maintain peace in the galaxy. He served as a north star for everyone, leading both the Jedi High Council and his peers through tough situations, all the while never losing a sense of himself.

Not to mention he was one hell of a swordsman too. 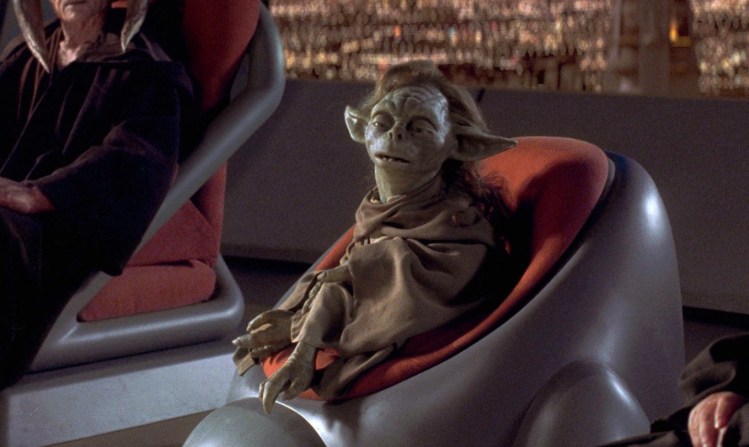 Okay, this one might come as a shock to many, but I wasn't going to leave our girl, Yaddle, out of this grouping of Jedis. As she's basically Yoda with a wig, there's just no telling how powerful she was (literally because we never got to see her in action). We've encountered very few of her and Yoda's species over the years, and given the historical pattern of them being extremely powerful with the Force (hey, Grogu), it's safe to say that Yaddle definitely kicked some serious butt in her prime. 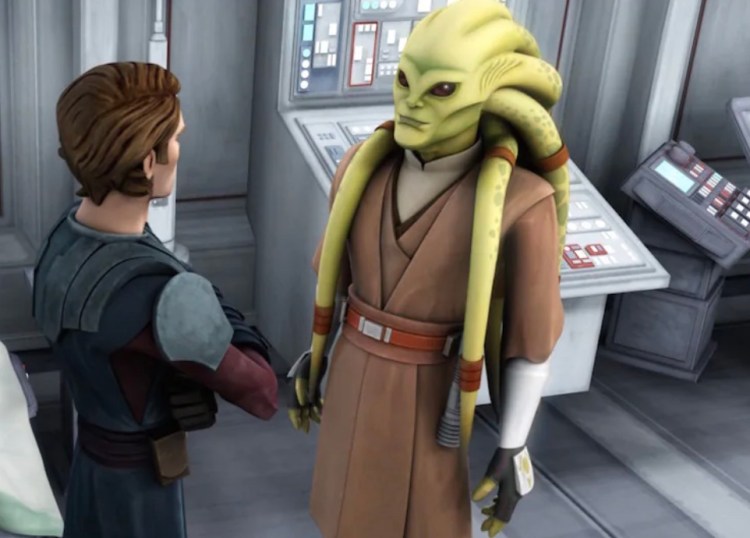 Quite possibly the coolest-looking Jedi of all time, Kit Fisto was an extremely powerful Jedi who even served on the Jedi High Council—and it wasn't just because of his major swag. He found himself in quite a few tricky situations and was almost always able to power his way out, all the while emitting absolutely positive vibes along the way.

While some would argue that she's not technically a Jedi as she gave up the lifestyle, come on—she's a Jedi. Ahsoka Tano has proven her strength and wide expanse of knowledge time and time again, from Star Wars: The Clone Wars all the way through The Mandalorian and The Book of Boba Fett. And if that wasn't enough, she's also getting her own series on Disney+ in (most likely) 2023. 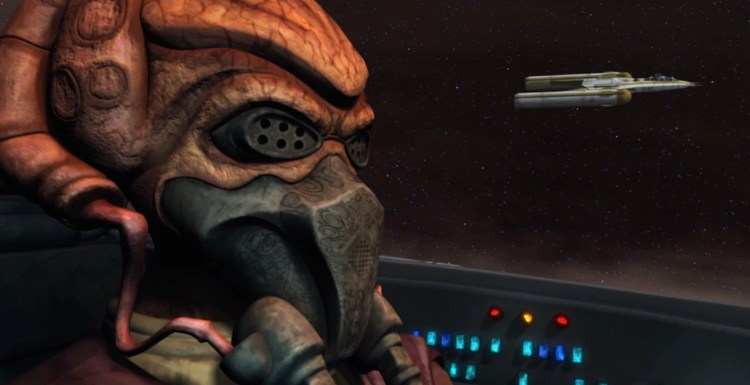 Another member of the Jedi High Council, Plo Koon is instantly recognizable as he wore his iconic breathing device to keep himself alive. He first appeared in The Phantom Menace and almost immediately, we all wanted to know more about this interesting-looking Jedi. While he rarely spoke in the movies, his opinions and presence were taken very seriously as he was highly respected among other Jedi; he also played a major role in the Battle of Geonosis. Koon was another one of the iconic Jedis who were killed as a result of Order 66. 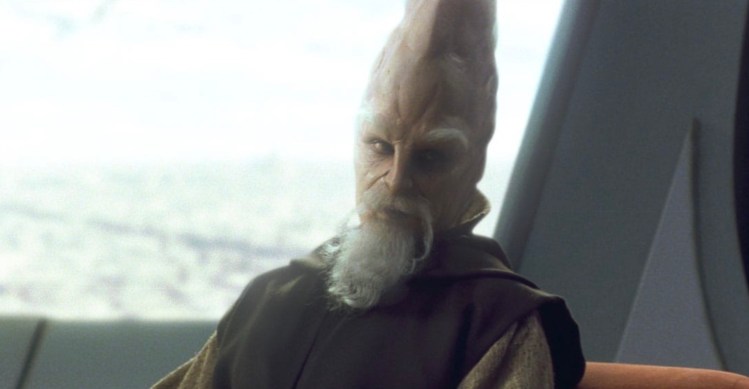 Everybody knows his head, but not everybody knows Ki-Adi-Mundi. His death in Revenge of the Sith was one that truly hurt to watch, as he fought off his former Clone allies after Order 66 was put into action. Always one to swoop in and save the day when things were starting to look bad, it was clear that Mundi had a pure heart. 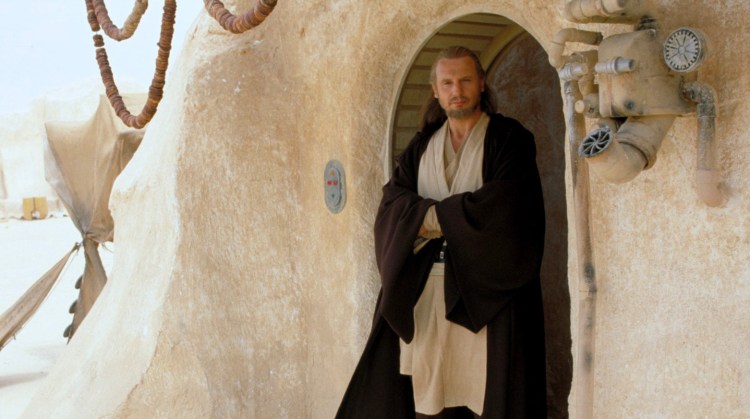 While he only appeared in The Phantom Menace, Qui-Gon Jinn became a quick favorite as his dedication to the way of the Jedi was always apparent without even having to say a word. Though he was more of a quiet Jedi, he made his mark on those younger than him, especially with Obi-Wan, which eventually rubbed off on Anakin Skywalker. 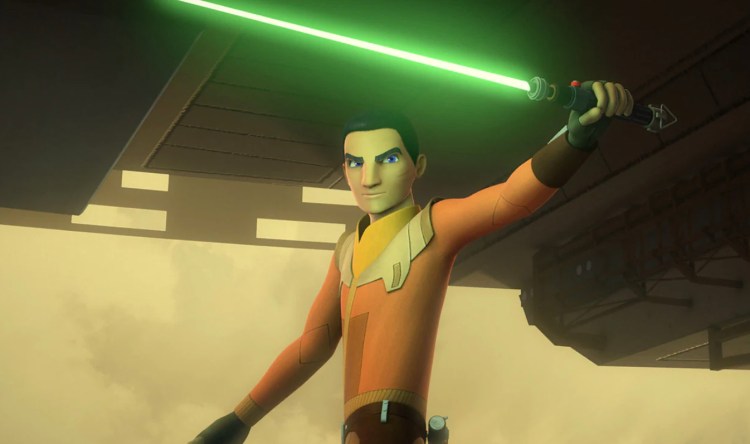 A Jedi padawan in Star Wars Rebels, Ezra Bridger was a part of the Ghost Crew, a smaller rebellion group whose goal was to fight the Empire. Kanan Jarrus ended up taking Bridger under his wing, teaching him about the Force and how to be a Jedi. After that, he became increasingly involved in the overall structure behind defeating the Empire, taking on leading roles in various aspects of the fight. 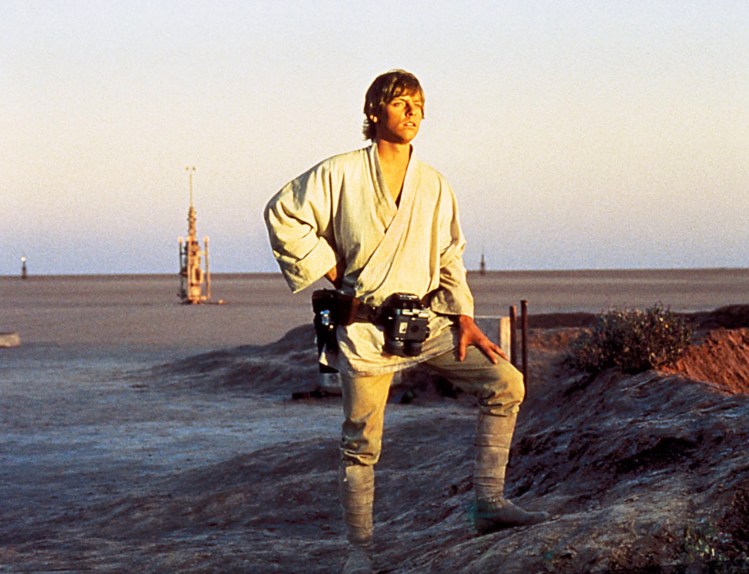 Ah, Luke. Our truly pure-hearted savior of the Force. He's Luke Skywalker—he saved the galaxy from ruin by the Sith by confronting Palpatine and Darth Vader all by himself. So pure of heart was Luke that he managed to redeem Darth Vader and lead him back into the light, giving way, once again, to his father, Anakin Skywalker. 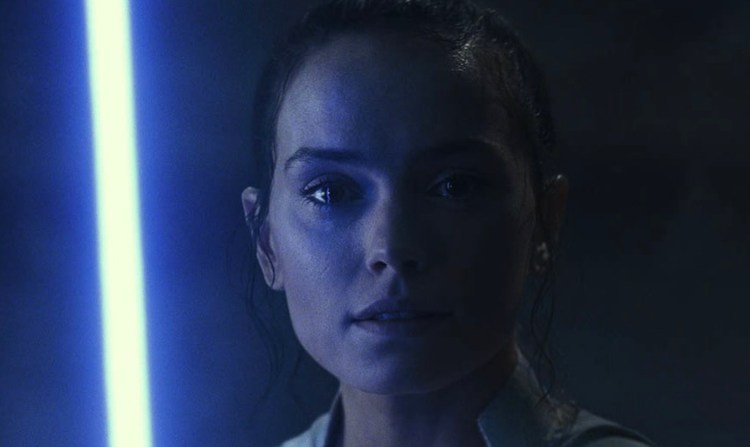 Another one with a pure heart, Rey—like Luke—was another last hope for the Jedi and their mission to bring peace to the galaxy. In another moment in time where it seemed like all hope was lost, Rey gathered up a potpourri of rebels to fight off the First Order, led by Kylo Ren. Though it took a bit more time for her to trust herself than it did with Luke, that very same person was able to propel her forward with his presence. 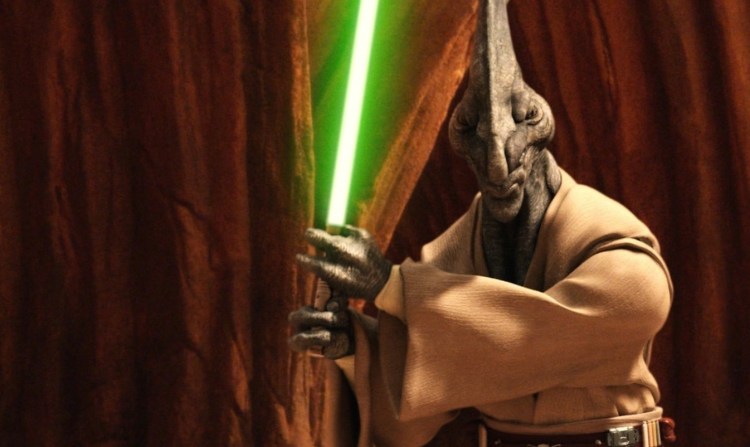 Looking like a dinosaur, Coleman Trebor appeared in Attack of the Clones—and though he was killed off pretty fast, we're not even mentioning all he did for the Jedi at large. Not only did he serve on the Jedi High Council, but he also was majorly respected in the more spiritual side of the ways of the Jedi. A master of meditation, Trebor was able to solve conflicts through ways besides physical fighting, opening up a completely new way of using the Force. 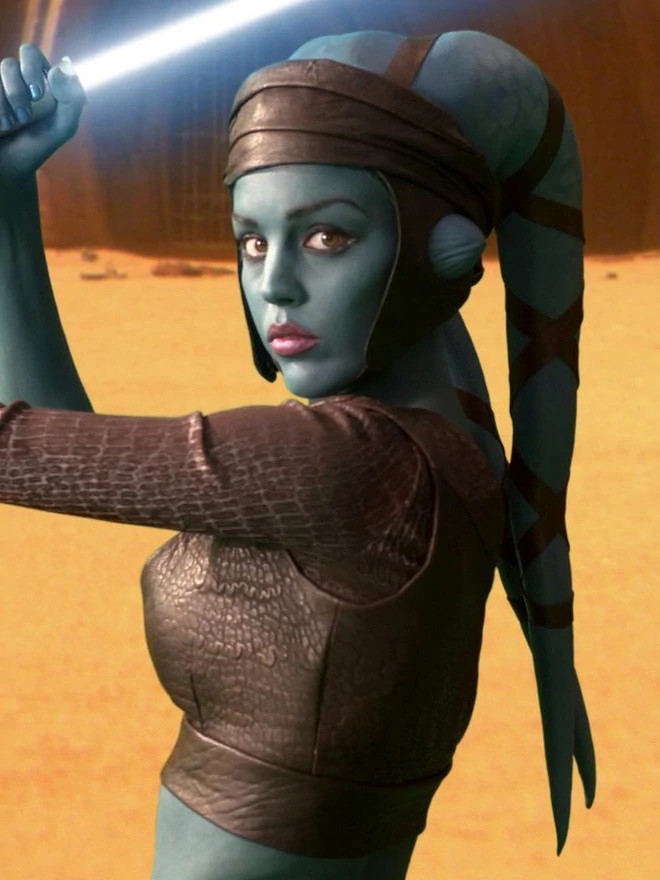 Twi'lek Jedi, Aayla Secura, was extremely underrated, as she wasn't featured a ton in Attack of the Clones and Revenge of the Sith. She appeared more so in Star Wars: The Clone Wars, especially in helping rescue others while fighting on Maridun. Also, she was insanely fun to play in Star Wars: Battlefront II (2005) on Play Station 2.

It's not a complete list without Yoda. The most powerful Jedi of all time, Yoda was not only an incredible fighter but he was also dedicated to helping young Padawans become the best Jedi that they could be. He's who you would come to when in need of absolutely anything regarding planets, skills, history—he could probably even show you where the best place to grab a bite to eat on Dagobah was. All in all, Yoda was infinitely giving, which might've been his greatest strength of all. 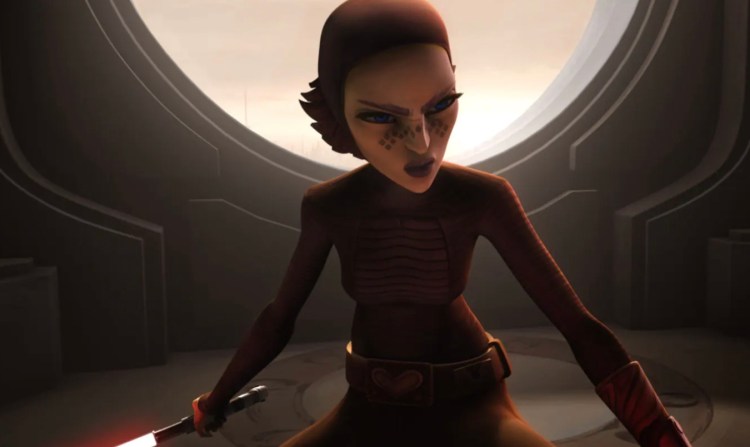 Having been taught the way of the Jedi under Luminara Unduli, Barriss Offee was given a great understanding, as she actually enjoyed reading more about the history as opposed to the combat side of things. Offee had very limited screen time in Attack of the Clones, instead she appeared more so in Star Wars: The Clone Wars. She's someone who went back and forth with the Dark Side, even bombing the Jedi Temple at one point to show her distrust of the Jedi's intentions in the Clone Wars.

Not only that but she framed Ahsoka for the bombing! Hard to trust someone after that sort of thing, even if her reasoning made some sense.

Looking a bit like Ahsoka Tano as they're both of the Togruta species, Shaak Ti was both a skilled fighter and a devoted empath. She made the rounds while fighting at the Battle of Geonosis, though she also faced a great mental conflict in dealing with the Clones, which had to do with how ethical of a situation it was.

She was also the Jedi responsible for helping train the Clones on Kamino, so she was an incredibly important member of the Order. 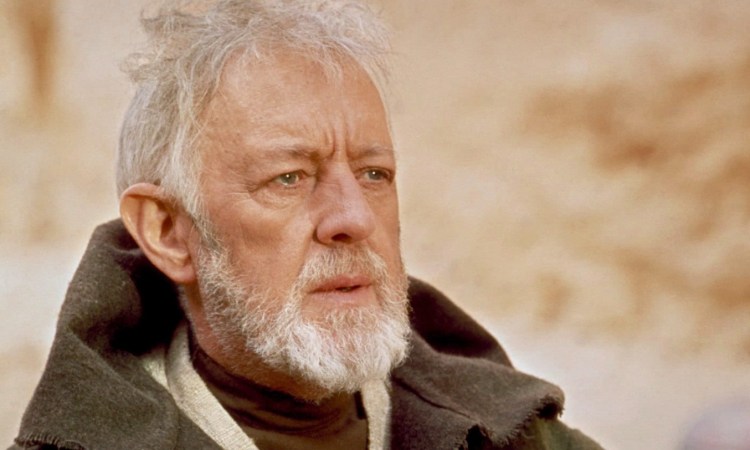 Though maybe not as wise as Yoda, Obi-Wan Kenobi was calm and controlled, taking his role as a Jedi extremely seriously and always with the utmost respect for history. Sure, he could have a bit of a temper when it came to training Anakin, but it was always out of a place of wanting him to be the greatest Jedi he could be. As a whole, Obi-Wan is one of the most talented Jedi that we've ever seen; a consistent leader who always knows what the next move is. 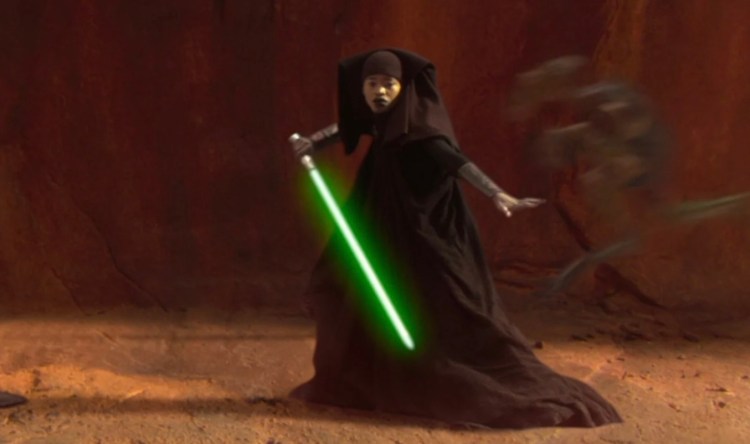 Luminara Unduli was first featured in Attack of the Clones, where she helped countless other Jedi in the Battle of Geonosis. While she was also killed in Order 66, she had a major impact on those younger than her, like Barriss Offee, who was an apprentice to her. 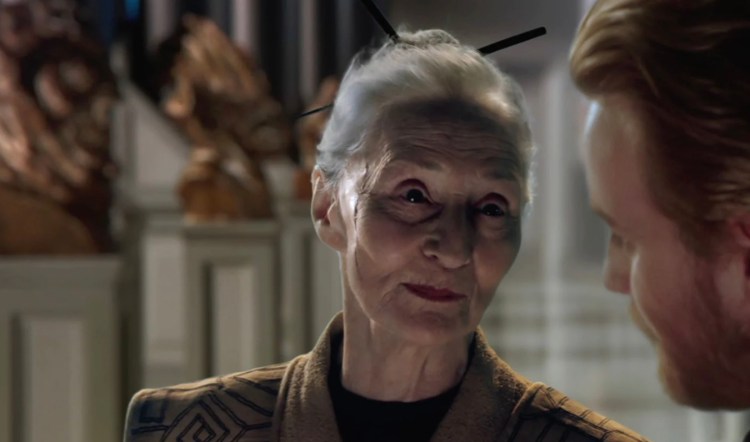 As Chief Librarian of the Jedi Archives, Jocasta Nu was not only a Jedi herself, but also worked to serve a greater purpose in educating upcoming and current Jedi about their own history. Having a wealth of knowledge on the subjects herself, Nu was well-known and respected in the community and served as a steadfast beacon of light through her years of service. 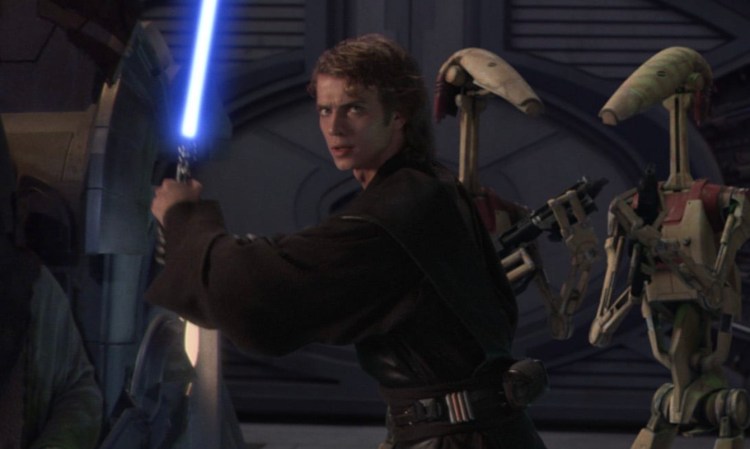 Ah, Anakin Skywalker, one of the most divisive Jedi of all time. While I'd love to just focus on the adorable child version of himself from The Phantom Menace, that sadly doesn't represent the ultimate form he ended up taking. Despite his eventual turn to the Dark Side, Skywalker proved time and time again that his senses are stronger than anyone else's, though his naive ways would often get in the way of that.

His redemption to the light at the end of Return of the Jedi proved to be one of the most critical parts of the Star Wars mythos, and no list is complete without him. 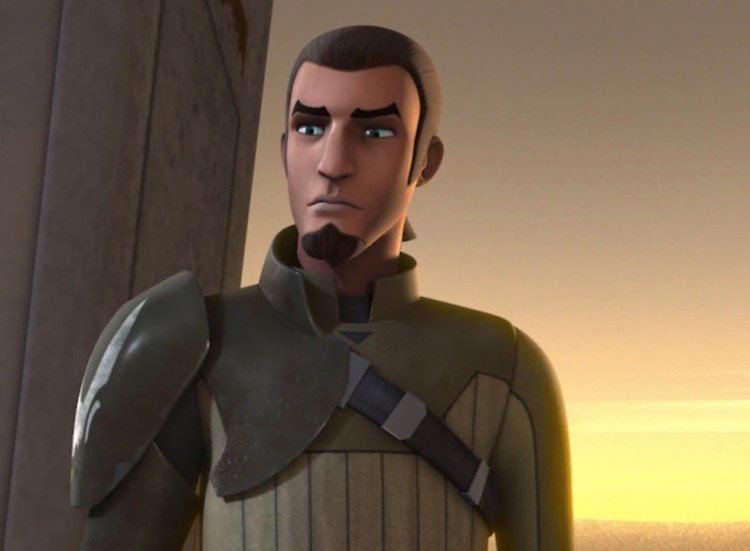 Having survived Order 66, Kanan Jarras was featured in Star Wars: The Clone Wars, and had a bit of a riddled past with regard to which side he was going to fully land on. He worked with Darth Maul at one point, which brought him to the Dark Side, though he was able to redeem himself and get back to the Light.