'Only Murders in the Building' Halfway Through Season 2 Check-In 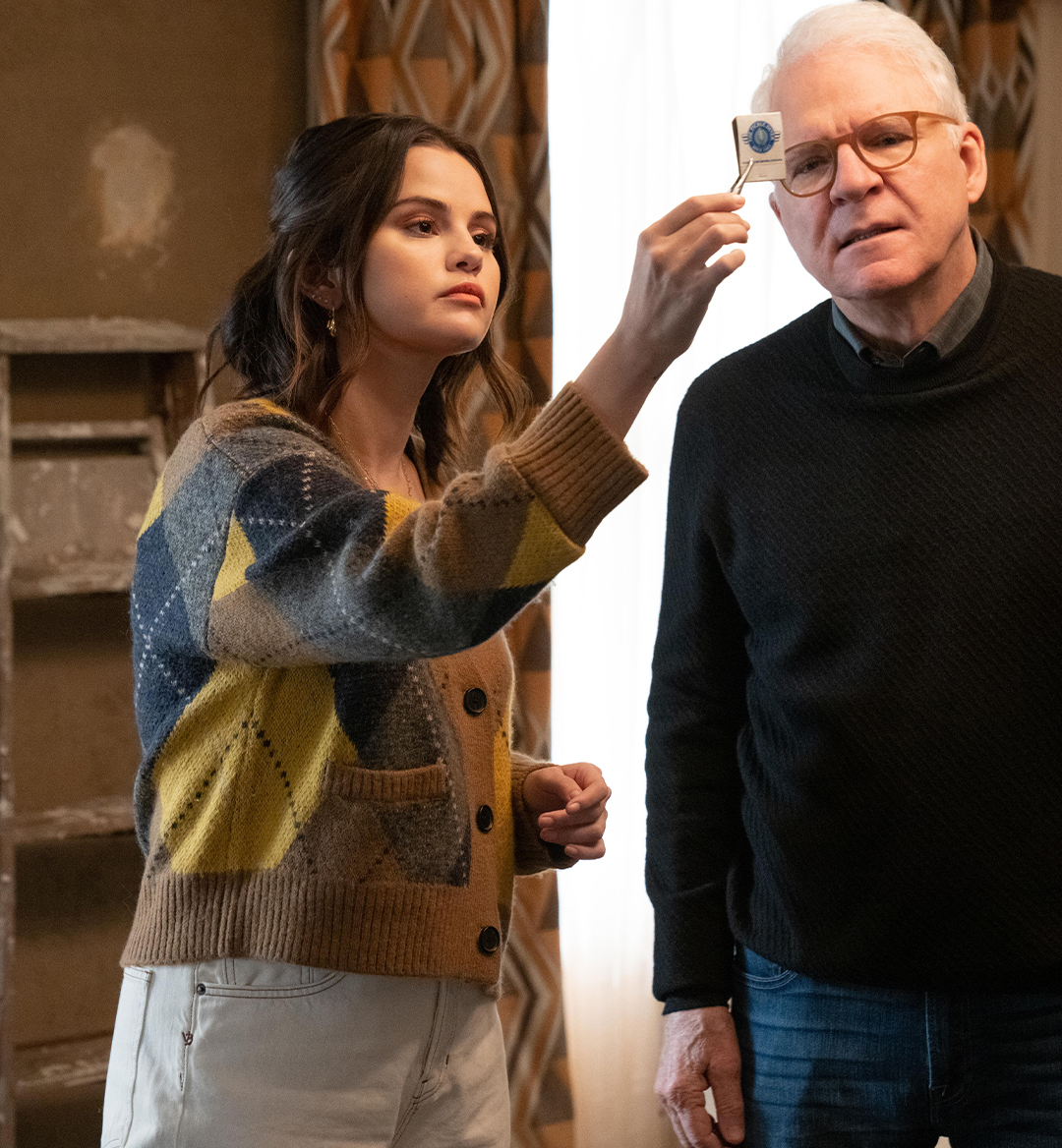 What do aggressive parrots, nude paintings, and bloody matchbooks all have in common? Yeah, I don't know, either—that's why we're still smack dab in the middle of Bunny Folger's murder investigation and on Only Murders in the Building, where that investigation leads is anyone's guess.

While our trio is very much still a team working to solve a murder, this season is definitely spotlighting each character's background a whole lot more than they did last time around. With these last two episodes specifically, we're getting to see sides of Charles, Oliver, and Mabel that they're maybe not as willing to discuss with one another.

For one, we finally got to meet Charles' step-ish daughter, Lucy (Zoe Colletti), in the last episode, highlighting a dynamic we've yet to see him have before with someone. Then, of course, we have Oliver, who's desperately trying to be a more solid figure in his son and grandson's life. And finally, we're seeing Mabel open up herself to a new relationship with Alice Banks (Cara Delevingne).

Sure, our crew is going through some serious personal growth, but let's not forget: we're in the midst of a murder investigation here, people. We need to get crackin' on this case, so being that we're now (sadly) halfway through Season 2, let's check in and see where our pals are actually at in their investigation into Bunny's murder.

*MAJOR SPOILERS FOR ONLY MURDERS IN THE BUILDING AHEAD* 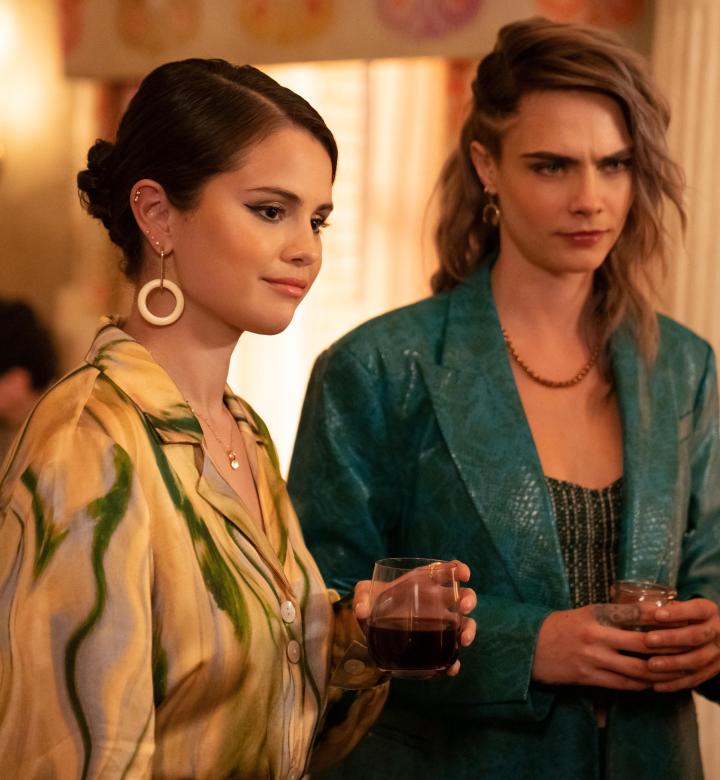 We haven't seen hide nor hair of Alice since the second episode of Only Murders in the Building—so, what has this slightly smug artist/curator/owner of leaky ceilings been up to since then? Covering up a murder? Actually, perhaps.

I mean, everything adds up for her to be Bunny's murderer:

But maybe that's too easy; we're only five episodes in, after all. For the show to already be hinting at who the killer is this early on would seem a little too simple for Only Murders in the Building.

Despite that, Alice is certainly hiding something, that's for sure, which Oliver finally gets her to admit through a rough string of accusations during his cheeky game of "Son of Sam" at Mabel's apartment.

The game goes like this: everyone is given a card, but only one is the "Son of Sam" card, which means that that person is the killer; the other cards are "blondes," meaning that they're just regular people. In each round of the game, the lights in the room are shut off to allow the "Son of Sam" to "kill" someone (touch them on the back), and afterward, the group has to guess who made the kill, eliminating a new person round after round until the killer is guessed correctly and thus revealed.

In this specific game (which took place at the art party that Mabel was hosting as a favor to Alice), only Mabel and Alice were left in the last round, meaning that Oliver had to choose to name one of them the "Son of Sam." However, Oliver started to bring the "killer" theme of the game into reality, accusing Alice of being the "Son of Sam" both in the game and in real life because he sensed that she was lying about many parts of her life.

At this point, the party got real quiet, leaving Alice to explain that she did, in fact, lie about parts of her upbringing as a way to advance her career and impress other people. However, with regard to the game, she was not the "Son of Sam," revealing her card to be one of the "blondes" to Oliver. Oh, and then she ran off to hide in the bathroom for the remainder of the party.

While we're meant to feel bad for Alice at that moment, the feeling only lasts for so long. At the tail end of the episode as Mabel and Alice are lying together in bed, we see the "Son of Sam" card sitting precariously in Alice's bag (*gasp*).

We all just assumed that Mabel's card said "Son of Sam" because Alice's was a "blonde," but perhaps it was more complicated than that. Is there a way that Alice had an extra card on her? Was there card counting going on? The possibilities are endless, though needless to say, something is definitely not right with this art curator.

So, for now, we're keeping an eye on Alice.

Talking to a Bassoonist Through a Glass Wall 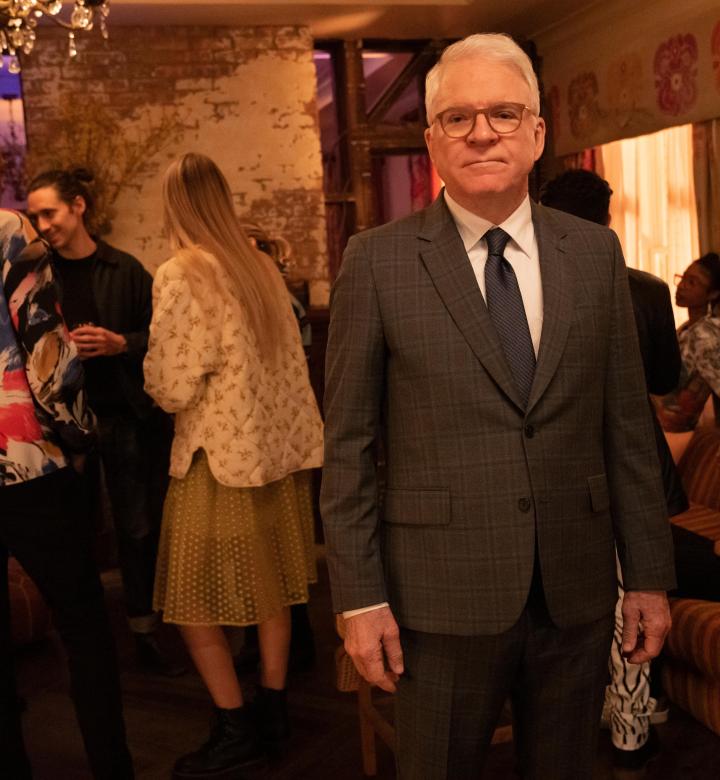 As it was hinted at towards the end of Episode 4, we were finally reunited with our favorite murderous bassoonist, Jan Bellows (Amy Ryan), in this episode, as Charles decides to visit her at the prison she's being held at for some sage advice.

Being that she was a murderer herself, he felt that she could point him in the right direction with Bunny's murder case. Though she's a few episodes behind on their podcast as she's only allowed 10 minutes of Wi-Fi at a time, she suggests that someone with a great eye for detail and curation is most likely the person responsible for Bunny's death.

Not knowing anything about Alice, Charles finds this advice to be pretty confounding at first, though it hits him later at the Pickle Diner as he, Oliver, and Mabel grab lunch there to figure out who's responsible for a bloody pack of Pickle Diner-branded matches that they've found.

While eating lunch, Mabel gets a message from Alice, and after explaining that they're seeing each other, it clicks in his and Oliver's head: she must be the murderer. 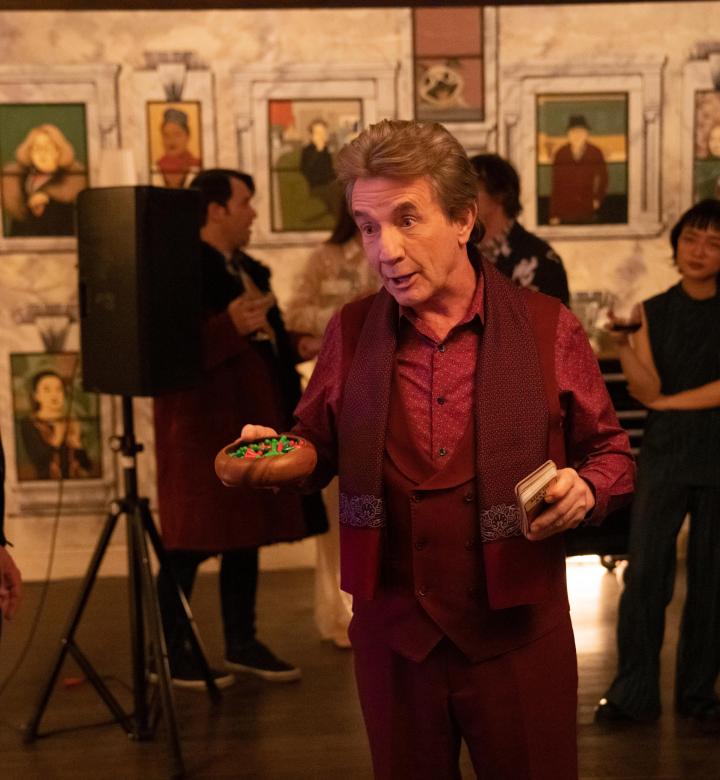 We're getting to see a bit more of Oliver's son, Will (Ryan Broussard), this season, who's directing his son's (Oliver's grandson's) play, which Oliver stops by to assist with. Being that the two have a bit of a rough past with their distant relationship and financial disagreements, Oliver's really kicking things up a notch this season to actually be there for his family.

Though after Will submits his DNA to be analyzed as part of his son's family tree project, he reveals to Oliver that there was—surprisingly—no Irish ancestry in his blood. Instead, he's half-Greek, meaning that Oliver isn't actually his father. And as he's holding a wide array of different dips from Dimas' Gourmet Deli, Oliver flashes back to the 1970s, realizing that Teddy Dimas (Nathan Lane) might actually be the father.

Now, while that revelation might not actually play into the investigation at hand, it'll certainly throw a wrench into Oliver's life and at least distract him from the task at hand, which is Bunny's murder.

Only Murders in the Building airs on Tuesdays on Hulu.