Meet Oskar Smolokowski, the 30-Year-Old CEO at the Helm of Polaroid Originals

In the digital age of photography, here's how Polaroid remains in the game 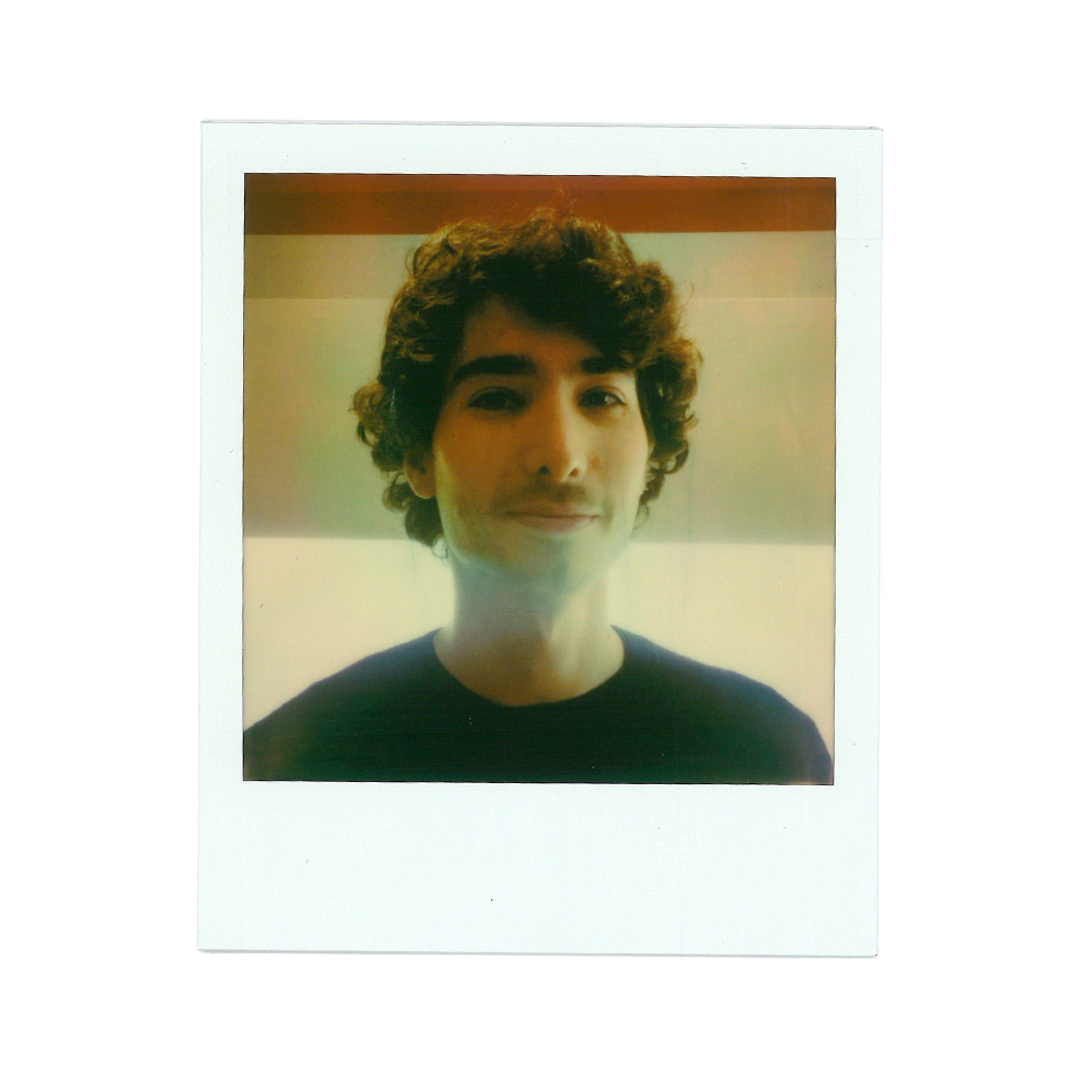 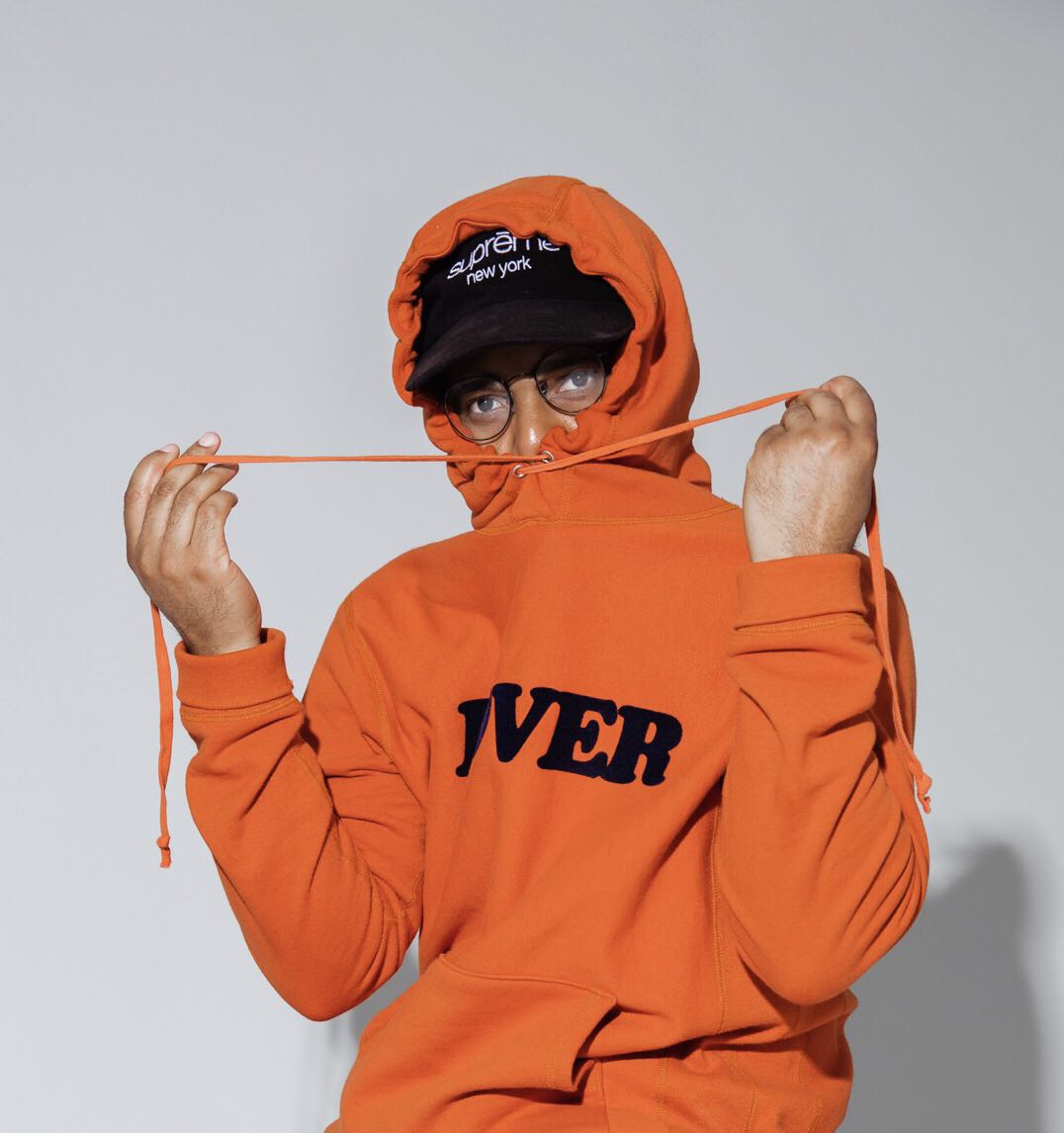 On a rainy Thursday night, two days after returning to New York from California, jetlagged and still feeling like I had an extra three hours to my day, I jumped in an Uber pool heading to SoHo to check out the first Polaroid Originals Pop-Up store on Wooster Street in New York City.

Upon arriving, you can see the color spectrum painted building with large windows and bright lights from flashes going off from inside. This was the right place. The Polaroid, where a memory can be made still and could be placed on display on the walls of a dorm room to your apartment’s non-functioning fireplace mantel or maybe even your office desk.

Inside, it’s packed with tons of people with Polaroid cameras shooting photo after photo, grabbing every memory from the night. Famed artist and Polaroid photographer Maripol, had her very own studio set up inside the store to take portraits of attendees. In the backroom, Polaroid Lab rooms were set up for you to turn your smartphone photos into physical Polaroids within seconds. And somewhere in the sea of flashes and endless nostalgia was Oskar Smolokowski. I got to talk to him for a few minutes as he was greeting everyone and explaining what room and product was what. I’m here with the CEO of Polaroid Originals, which nearly faded away ten years ago. With so many questions to ask the young man behind one of the world’s most well-known brands, we managed to secure some time with him just to do that.

What was your first experience with Polaroid cameras?

Oskar Smolokowski: When I was around 13 or 14, my dad had a camera. I remember bits and pieces of that and how it developed out of a gray color, which is different to what we have now, ‘cause it now develops out of a blue color. So that was what I remember when it's developing—it showed up gray, and then the image comes out. I remember it being different, but I just remember it in a family setting. And I think that's also how a lot of people remember Polaroid, in their kind of meaningful moments with their families. That was my first experience with, to be honest, it wasn't really a big thing back then. And when I was in my early 20s I had my next experience with what was called the Impossible Project, which is completely different and obviously changed the course of my life. That was an important one. 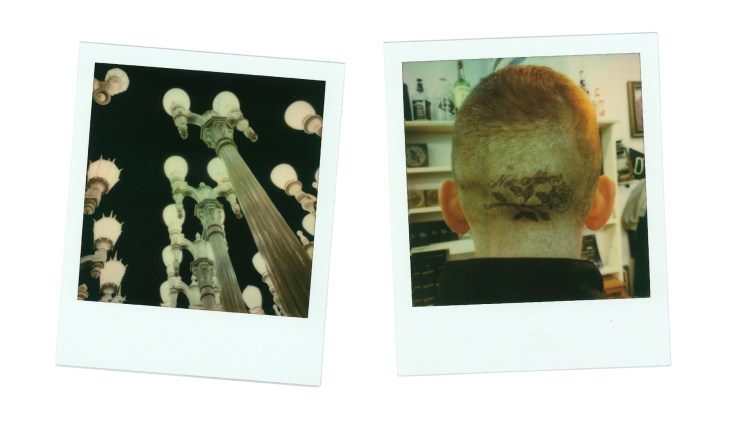 Can you tell me a little bit more about the Impossible Project?

Smolokowski: In 2008, Polaroid decided to completely dissolve. It was after a string of issues and bankruptcies that happened during the years prior. It felt like the end of instant film was imminent. Basically, they started scraping every single piece of their supply chain, including the factory in and around Boston, Massachusetts. They were just about to scrap the factory in Holland when a bunch of crazy guys who absolutely love instant film photography decided to step in and convince management not to scrap the factory and buy it off of Polaroid for a very low price. The guys wanted to try and make the film in that factory but at a smaller scale. According to Polaroid management, this was something that was impossible, which is where the name comes from. He said, “Look, you can buy this factory, but without the supply chain of chemicals that are needed to make the film, you can't make film there and you can't recreate the supply chain because it's hundreds and hundreds of millions of dollars.”

And it only works if you're having a huge volume. So it's absolutely impossible, and you guys are idiots for buying this factory. But they went ahead and did it anyway because they had a couple of people at the factory who were like, you know what, if we just did this and we work on that—if we go forward with this idea over here and combine it with some of the technology that's happening over here with another photography company, maybe we can make it work. So on this kind of dream and hope, they embarked on this impossible project, and that's what they named the company. And I joined that company a couple of years afterwards, I think they got going really in 2009 and I joined in 2012.

Smolokowski: Yeah, it's a crazy one. Because it turned out that both sides were right. We didn't manage to reinvent Polaroid film, but it was significantly more difficult and it took significantly more time to do it than we expected. So the first film we call Polaroid when we kind of combined with the Polaroid brand was 2017. That was eight or nine years after the “restart.”

The initial plan was like, OK, we'll get it up and running in three years. So it's been a significantly longer challenge, and we're not done. We're still working very hard on improving the film. And that chemistry is so complex that it's proven to be quite, quite a challenge. Every year we try and improve it and make it just as good as it was in Polaroid’s original time, you know, the ‘80s and ‘90s. 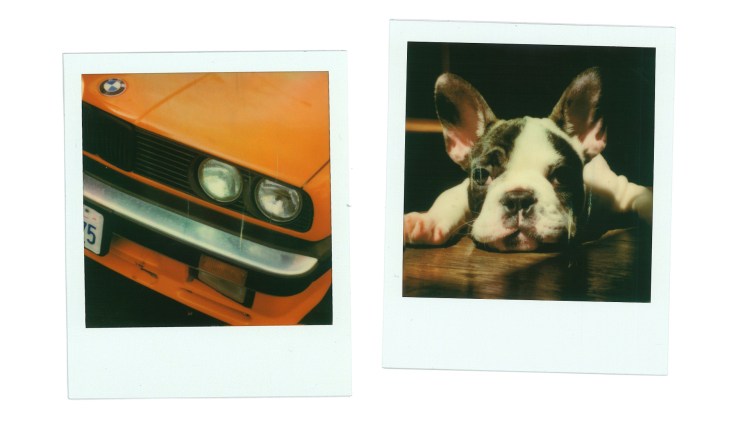 I feel like we have to commend you because, you know, so many young people are gravitating towards the old ways of doing things and now analog in general. Do you see yourselves restoring everything back to that, the Polaroid times?

Smolokowski: I think it's significantly different now because of the smartphone. So there's this incredibly capable digital camera in your pocket, anywhere you go. Initially, that had a very bad impact on analog photography, but then there was the second wave of a resurgence of like, OK, that doesn't necessarily mean that it's a photography experience. If you can take a photo with the thing that you always have in your pocket. And people started getting curious about different experiences. So I think whatever is happening, it’s definitely different. And when you look back at Polaroid history, a lot of the film that they sold in the ‘80s and ‘90s were for corporate use. Whereas today, digital just makes a lot more sense for corporate use. I'm talking about like, insurance companies and police departments and dentists, you know, all sorts of stuff like that and people that needed to keep records and that used to be more than 50 percent of instant photography whereas today, it's pretty much a hundred percent consumer use.

And the crazy thing is it's actually bigger today than it was back then. When you look at consumer use, instant photography today is actually bigger than it was in the ‘90s when you put all the players together. Which is pretty crazy. So in terms of restoring it to how it was, I think it will never be the way it was. I mean Polaroid used to be the most instant way to take a picture, look at it and share it. Right? So right now we're probably one of the slower methods out there in some ways, right? ‘Cause your phone just immediately records it and you can share it to thousands of people, which is the power of digital.

And the power of Polaroid is a kind of meaning, that you would use it because you choose to take a portrait photograph, you choose to create it. You choose to spend a couple bucks on developing it. You choose to kind of create it and to bring meaning to it. And the big difference is that you've got a few of these photos, but they mean a lot versus having pretty much infinite digital photos that ended up meaning, most of them at least quite little because you never look at them again.

Would you say Polaroid is a journey versus your cell phone and taking a quick photo?

You became a CEO in your mid-20s, for a brand that a lot of people idolize. How do you explain that feeling? What was that like?

Smolokowski: So I first actually became CEO of Impossible Project before I became CEO of Polaroid. My hope, my kind of passion was always in products and the way I grew in the company was through product and working on projects that have to do with that product. So becoming CEO was a very different ballgame. It's about managing people, it's about trying to fight your instincts, having to not try to do every little single thing yourself cause you just can’t. It was definitely a steep learning curve. It was the kind of feeling that I needed to learn all sorts of new things to be able to be successful.

What advice would you have given your younger self, from what you've learned through that process?

Smolokowski: I would say mentorship is something that I think is super important. When you're in your 20s, you just don't know everything and you're kind of figuring things out through common sense and with time. Having some sort of mentorship with the right kind of person or people who can really advise you and guide you and you can come to with questions.

I think I would have relied more on that than trying to figure out everything myself. 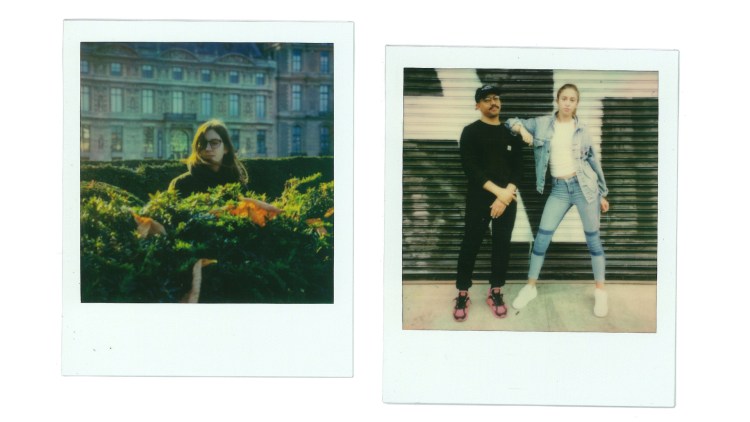 What's in the future for Polaroid and Polaroid Lab? How's that playing a part in the digital world?

Smolokowski: The biggest thing for us is not so much about whether it's digital or analog, but whether it's human and meaningful. That's the big mission for the company. We also think about how we can create products that emphasize human and meaningful connections between people who are creating things. I think the lab is a good example of saying, “Hey, you're actually creative with your smartphone throughout the year. You take thousands of photos. Why don't you take a look at the most important ones, the ones that are the most meaningful to you, and turn them into these physical objects that live in the real world with you?” And I think that's going to last. That kind of mission isn't going to change. And when you look back, it's the reason why Polaroid has been a positive word.

It got this connotation in people's minds up to this day because it was so ingrained in these kinds of human and meaningful moments in these family moments, right? Polaroid has been a very simple product. One button on it to take a photo. I think that we're trying to take that DNA, vision and mission to bring it forward into products, taking them into the future.

What would you say to someone who hasn’t really considered Polaroid?

Smolokowski: I think the big difference for me when shooting with a Polaroid and when shooting Polaroid, in general, is you make that decision of intention when you shoot. So you end up shooting less and more meaningful stuff to you. And I think it's just an interestingly different experience and a different form of creativity that happens because of that. You become a bit more restrained. You start thinking a little bit more before the shot, not after. And I think it's just a different frame of mind. So I think it's just a very different and interesting way to experience photography that I'd recommend anybody who has any curiosity towards photography. This is something that I definitely recommend you try.