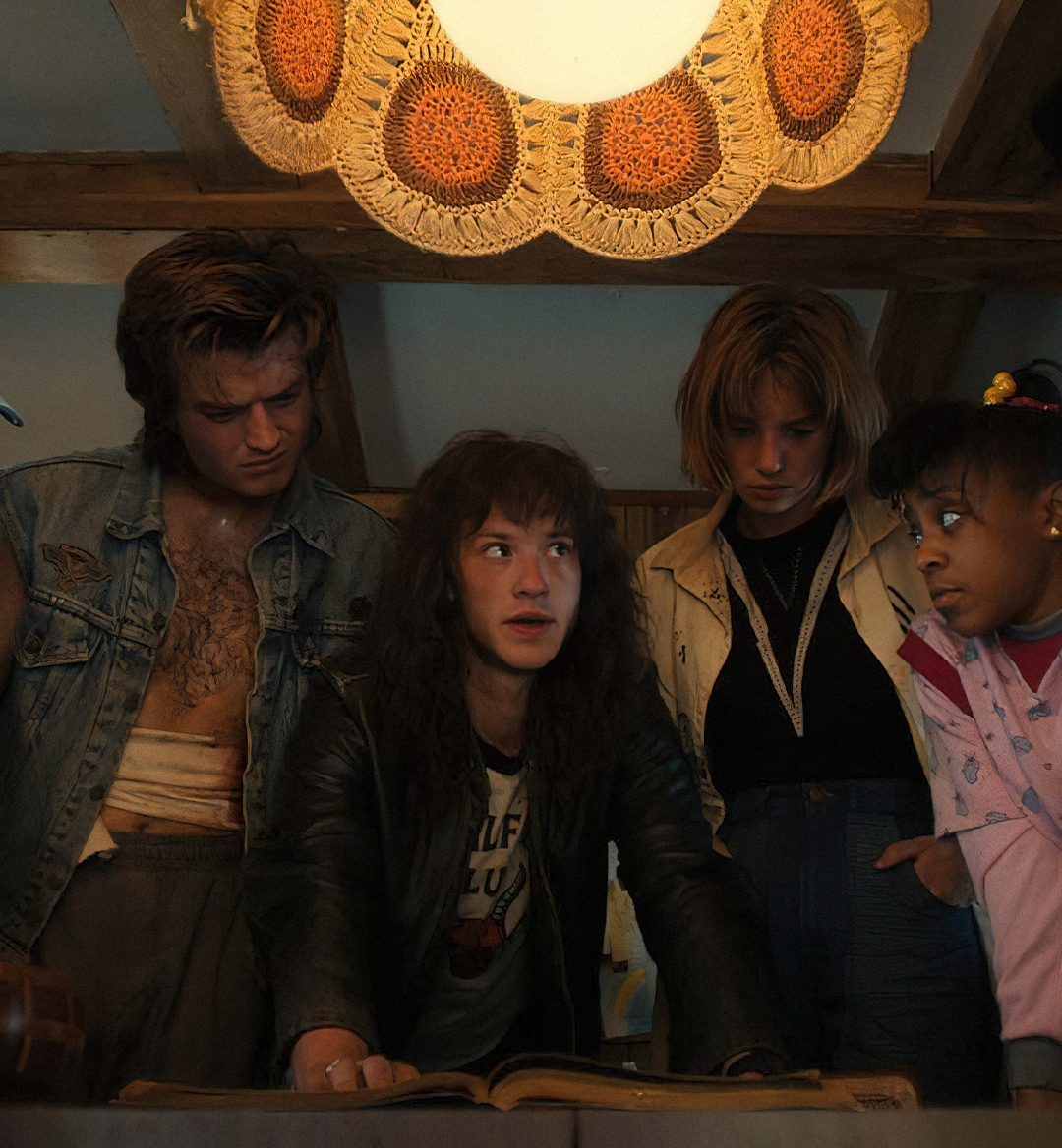 We waited five whole weeks for two measly episodes of Stranger Things and now the Duffer Brothers are expecting that to tide us over until 2024 for the final season? Will I implode during the next two years due to this decision? Hopefully.

Okay, but let me correct that: these were not measly episodes as I mentioned before—they were basically two Stranger Things movies disguised as "episodes," and incredible episodes at that. With quite a bit to be resolved at the end of Volume 1, they really had to jam-pack these episodes with action. But the thing is, even with everything that went down, it never felt overly stuffed; everything occurred as organically as it possibly could have. So, without further ado, let's dive into Stranger Things Season 4, Volume 2.

I hate that that rhymed. 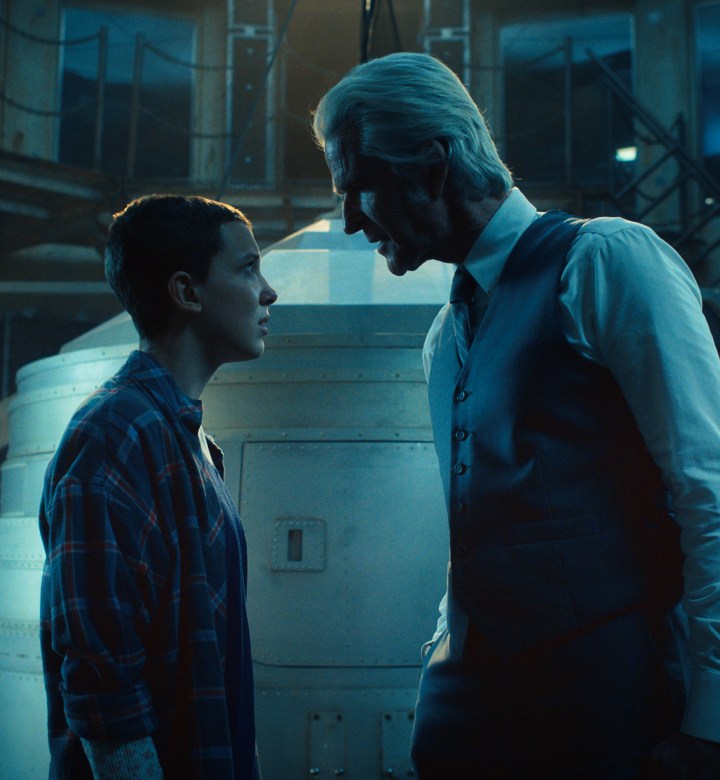 My main goal for Volume 2? Get Papa dead.

Listen, I've wanted Papa to be slapped with some comeuppance since the first season of Stranger Things. And in Volume 2, it finally happened. Huzzah! (I'm not really sure why I said "huzzah," either. I don't know, it felt right).

Papa's selfishness has no end; he genuinely thinks he's doing what's best for Eleven, though, in reality, all it has given him is a bunch of dead kids and an irreparable relationship between him and his "daughter."

In Stranger Things Season 4, Volume 2, it's obvious that Eleven has gotten back her powers, meaning that she's finally capable of saving her friends (and the world) from Vecna's grip. With that out of the way, it seems logical that Papa would allow her to leave the laboratory now that her re-training is complete, but as we know, Papa is not logical. Like snagging the last open seat on the subway, now that he's got her, he's not letting her go.

This proved to be a major crux in the storyline for both characters, as they eventually faced off against each other after Papa decided it would be a good idea to lock himself inside a lab with her. With Jack Sullivan and his army beating down at the doors, Papa eventually had to escape with Eleven, though he was fatally gunned down by the army's helicopter after making it outside of the lab bunker.

A Reunion, Courtesy of a Pizza Dough Freezer 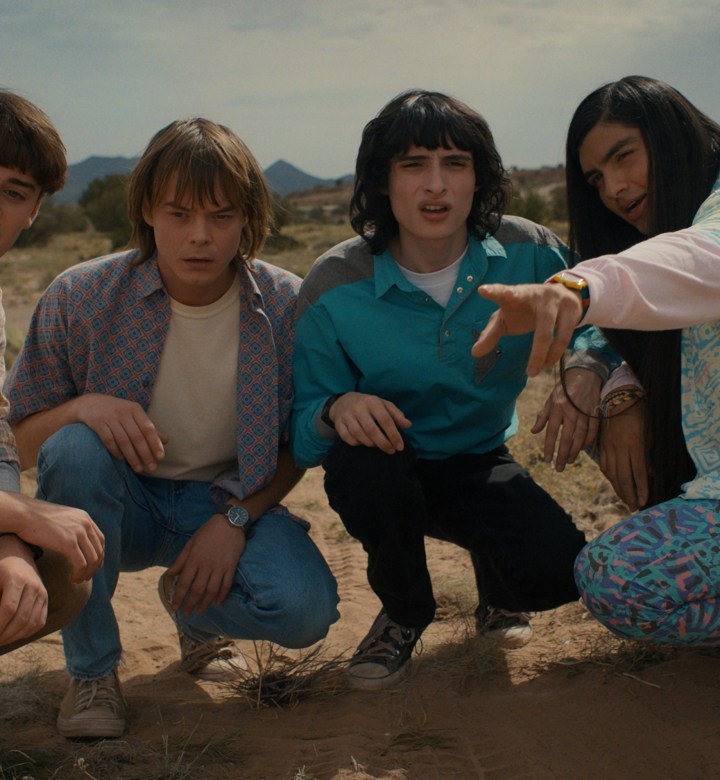 Okay, I know I went on and on last time about how much I despised the storyline with Jonathan's crew, but this time around, it wasn't as bad—though perhaps that's just because we didn't have to deal with them as much.

The crew's trek to reach Eleven finally came to a close—and I hate to say this—because of Argyle. After all, he spotted the tire tracks in the desert sand that led them to her, and even though I truly hate him, he did pull through for us here. Listen, all I'm saying is that if you create a character designed to be comic relief who doesn't provide any, what's the point of him? They could've assigned Will to be the one who discovers the tire tracks—he hasn't done anything.

And speaking of Will, he had the most emotional moment of the season in his pep-talk (gush) to Mike in the backseat of the pizza van. With Jonathan watching on from the rearview mirror, we saw Will let out everything he felt about Mike under the guise of Eleven. It was a heartbreaking relief to watch as Will finally got off what had been on his chest for so long, though it hurts because he didn't feel comfortable saying what was actually going on.

Once they rescued Eleven from the scene of Papa's death, they high-tailed it to the nearest Surfer Boy Pizza in order to have Eleven submerge herself in salt water and thrust herself into the Upside Down. Being thousands of miles away from her friends, the writers' decision to have her arrive in Hawkins' Upside Down via her visions was the move.

Though she wasn't able to completely save Max from Vecna, she was able to heal her friend (somewhat) back to life, as she currently lies in a coma at the Hawkins hospital. 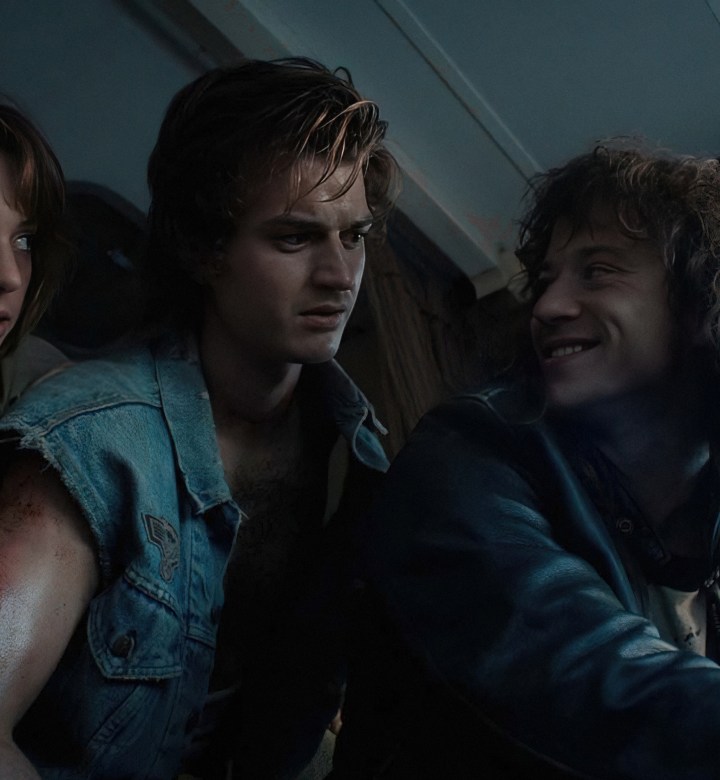 Should I just spend this entire section memorializing our dearly departed friend, Eddie Munson? Because I want to.

The Duffer Brothers love to do this—they get us emotionally attached to a pure-of-heart character for a short period of time and then kill them off in a particularly gruesome way. Exhibits A and B: Bob and Alexei. Bob was viciously eaten to death by a pack of demodogs and Alexei was shot in the chest. And now we have Eddie, who was attacked by a horde of demobats in an effort to save the rest of his crew—ain't that always the way.

I was honestly shocked (and relieved) that they didn't decide to kill off Steve, though that doesn't take away from the loss of Eddie. On top of him, we almost lost Max, though her fate is still pretty up in the air as she's been in a coma ever since her entire body was cracked and her eyes burst. You know, the usual.

Basically, the crew's entire plan was based on the assumption that every step would go right; the only problem is that at every point of the plan, something went wrong. Well, except for stealing that family's mobile home—that went pretty well.

To start things off, Jason came in and disrupted Max and Lucas' portion (and then proceeded to beat up Lucas) while Erica was also being held hostage by Jason's goons across the street. Dustin and Eddie got stuck in a bad situation with the demobats, with Eddie sacrificing himself in order for the plan to continue. While heading upstairs in Vecna's house, Steve, Nancy, and Robin collectively got stuck in the house's vines, leaving them idle and gasping for air.

Basically, everything went wrong, which we're not used to seeing in Stranger Things.

While they were ultimately able to pull off their Molotov cocktail shots at Vecna, he somehow lived and vanished from the scene, now on the run in Hawkins. Because nothing's better than a loose, tentacled human monster roaming the streets of your hometown. 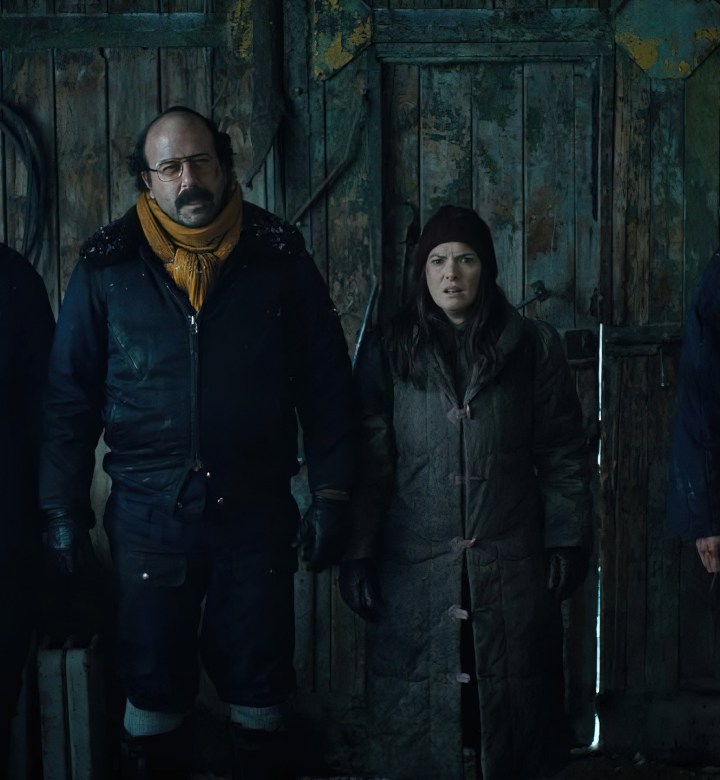 Thankfully, the writers didn't take the much grimmer way of proceeding with the Russia storyline as I had theorized last week, meaning that no one from this squad was killed. Were they milliseconds from being murdered by a slew of demogorgons at multiple points in these last two episodes? Sure. But as of right now, Hopper, Joyce, Murray, and Dimitri are all alive and well.

In one of the Russian labs at the prison, they're holding live demogorgons in water-filled glass tubes as one would with a brain in a jar—a very Jurassic Park 3 moment. And following that exact same plotline, the demogorgons escaped just as that lil' raptor did back in 2001.

Thankfully, the crew was able to make it home alive after Murray torched all of the demodogs and Hopper sword-fought his way to victory against the last demogorgon.

Honestly, I don't even know what Murray and Dimitri are up to right now given that we were focusing on Hopper and Joyce arriving back in Hawkins at the end of Episode 9. At this point, I'm not sure how they'd work Dimitri back into the plot for Season 5, but Murray is basically a full member of the squad given what he's done for the crew over the past two seasons.

Earthquakes and Snow on Spring Break 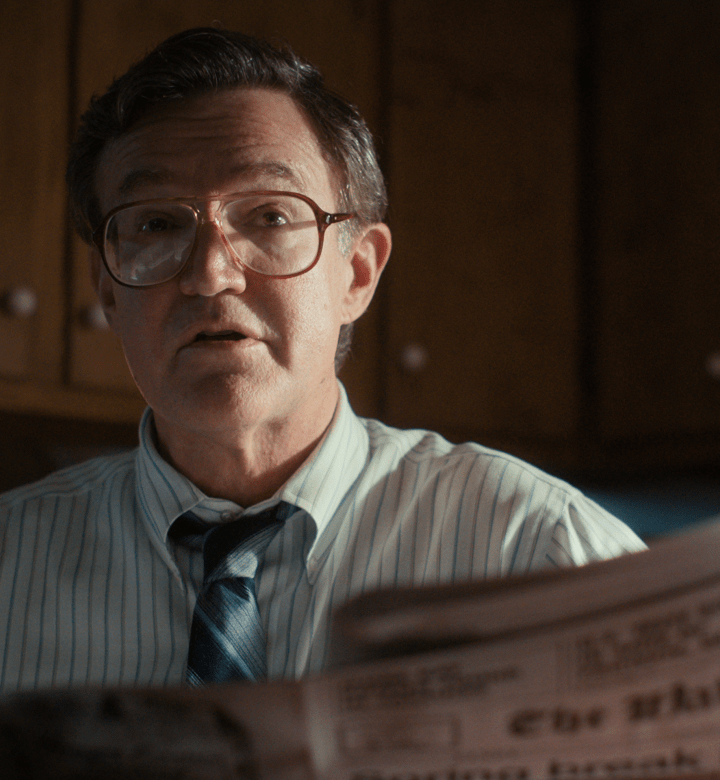 While the final episode of Season 4 did, in fact, conclude, it really didn't. For the first time ever, the crew wasn't able to defeat the monster they had been after the entire time. I guess knowing what we know now, they never really did, given that Vecna was the one controlling the demogorgons, mind flayer, and spider monsters that we encountered in seasons past.

The thing is, I'm actually happy that they weren't able to pull it off this time around, and maybe that makes me a terrible person, but to me, it would've just been way too easy. We're four entire seasons into this show, and knowing that the Duffer Brothers intend for the series to end after Season 5, it feels natural for things not to be left fully concluded.

When Max's "death" set off the grandfather clock bells to toll, a portal system ripped through the heart of Hawkins in a grid-like fashion as four lines met together to form one main point. And as the residents of Hawkins have proven time and time again to be the most gullible people alive, they all believe that a massive earthquake occurred, much like how Anna's grandfather did in Freaky Friday.

Following the earthquake and while the entire Stranger Things crew is cheerfully reuniting outside of Hopper's house, it starts to snow—well, is it snow? Is it a Christmas miracle? It doesn't look substantial enough to be snow; it looks more like ash to me, and with the portals open, the Upside Down appears to be spilling over into real life. With Vecna on the run, it's clear that our buddies are going to have a lot to contend with in Season 5, which is currently slated to air in 2024.

All in all, Stranger Things Season 4, Volume 2 might be the greatest collection of episodes that we've ever seen.

There was an emotional depth to these two episodes that we've simply never seen before, and what they nailed perfectly was the fact that those moments didn't scream "THIS IS AN EMOTIONAL MOMENT, LISTEN TO ME." Understated and soft, those scenes made you focus in further than we probably ever had in the past, hitting harder than the emotionally outright scenes that we're normally used to seeing.

Though there were plenty of emotional moments, and the Duffer Brothers balanced this out with insane, action-packed scenes and some genuinely hilarious throwaway lines like, "It's not every day you lose your house and car in one fell swoop," and, "I piggy-backed from a pizza dough freezer."

But more than anything, these two episodes felt like the perfect storm: there was action, emotion, and comedy paired with a length that didn't seem as intimidating as two episodes clocking in at just under four hours sounds. Thank you, Duffer Brothers, for your service. I hate you for killing off Eddie and for making us wait two more years, but still, thank you.