Robert Eggers' 'The Northman': A Violent Epic About the Futility of Revenge 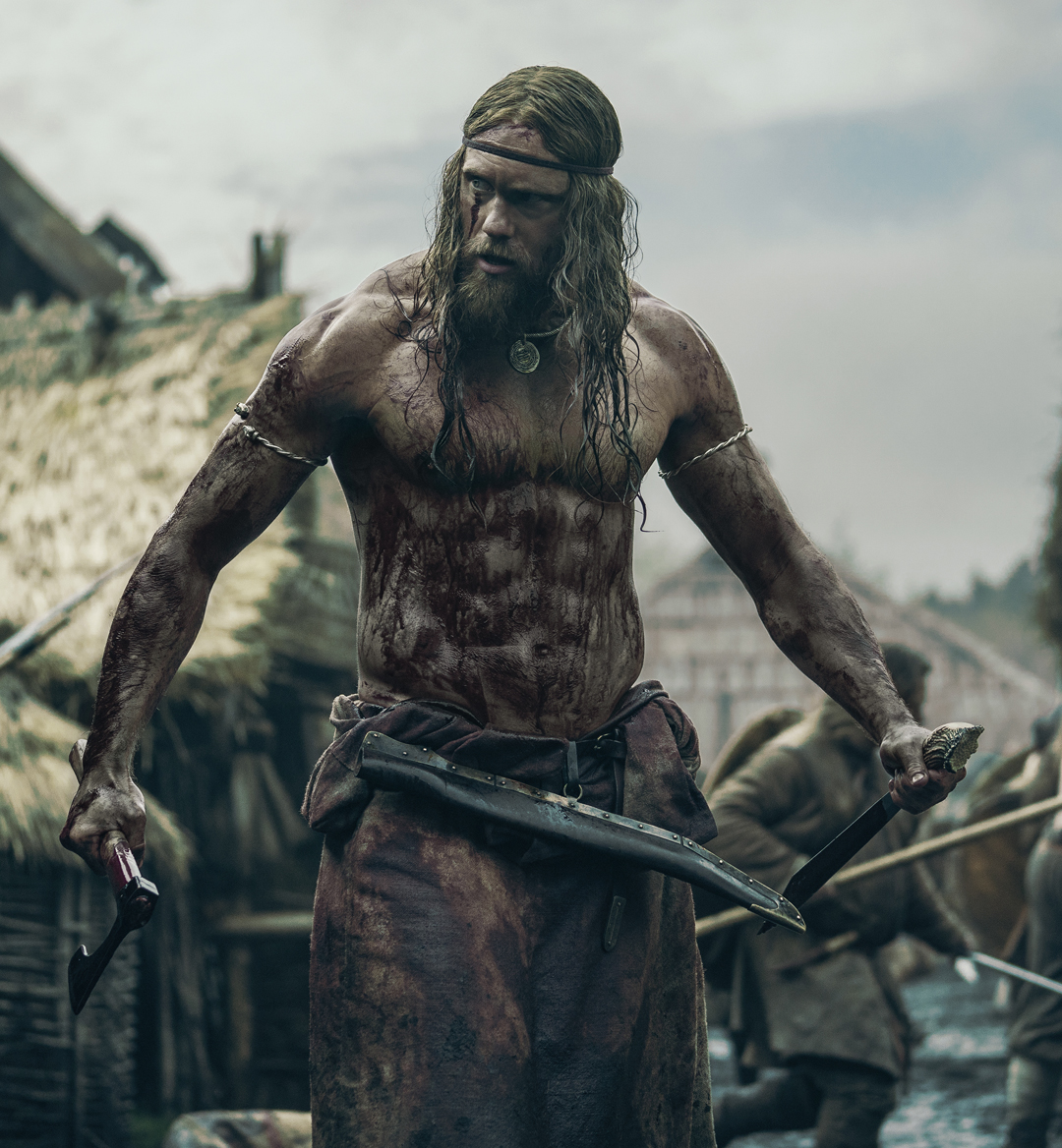 Amleth (Alexander Skarsgård,) the Viking warrior prince at the heart of The Northman, has been uttering those words since he was a young man. As he rowed away from the icy shores of the island that was once his father's kingdom, he vows to one day to complete this trifecta of revenge. A mission that, if you couldn't already tell, involves a lot of killing.

Per Focus Features, "Prince Amleth is on the verge of becoming a man when his father is brutally murdered by his uncle, who kidnaps the boy's mother. Two decades later, Amleth is now a Viking who raids Slavic villages. He soon meets a seeress who reminds him of his vow — save his mother, kill his uncle, avenge his father."

The Northman stars Skarsgård, Anya Taylor-Joy as Olga, Nicole Kidman as Queen Gudrún, Claes Band as Fjölnir, Ethan Hawke as King Aurvandill War-Raven, and Willem Dafoe as Heimir the Fool. It also features Icelandic legend, Björk as a Seeress, who partakes in one of the film's most memorable scenes.

If the "getting justice for your father who your uncle murdered" trope reminds you of another story, you're not alone. It's a narrative spun by ol' Billy Shakespeare himself in Hamlet and, yes, The Lion King.

You might not know that Shakespeare took inspiration for that story from the Scandinavian legend of Amleth, hence the name of Skarsgård's character. 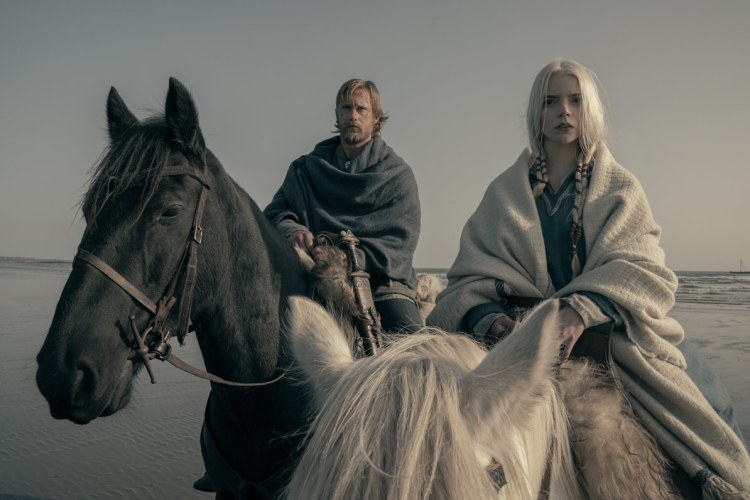 If you're familiar with director Robert Eggers' previous films like The Witch and The Lighthouse, you know he has a penchant for the bizarre. His movies will be weird, and he doesn't really care if that's something you can get on board with.

We get it all in this movie: Guys walking around on all fours howling like wolves; zombie warriors that exist only in fever dreams; screaming valkyries ascending to Valhalla; the list goes on and on.

All the different aspects of Norse mythology are in play in this movie, and it can be a bit overwhelming at times. Odin, the all-father and King of the Norse Gods, is a constant presence throughout (and he even makes a quick cameo) in the movie. Given the mystical aspects of the story, it tends to rely on the audience's prior knowledge of mythology to fully understand it, which is a shortcoming.

Long story short, a quick brush-up of Norse history and folklore probably couldn't hurt before heading into your Northman viewing. 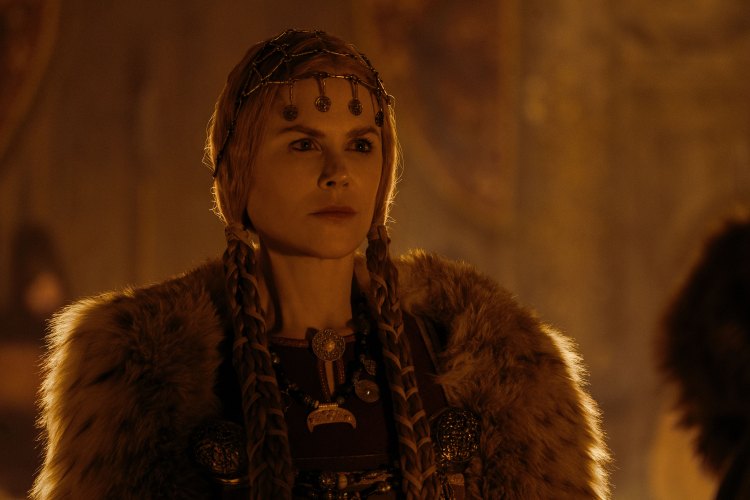 The Northman is Eggers' biggest project to date. Whereas The Witch and The Lighthouse are mostly self-contained in one location, this film spans various locations. From icy islands and swampy marshlands to the inside of a literal volcano, The Northman makes full use of the sweeping landscapes and is better for it.

Filmed in both Ireland and Northern Ireland, Eggers' vision of 9th century Iceland and 'the land of Rus' comes alive in practically every shot. His direction is the best it's ever been here from a visual standpoint, as you get a complete sense of just how brutal and unforgiving the world was at this point in history. It's dark, bleak, and you'd be hard-pressed to find a single positive thing about living in this particular period.

There is a sequence in which Amleth and his adopted Viking clan raid a village. The entire scene is filmed over one long shot, from when Amleth catches a spear and throws it back at a defender to the moment the raid concludes minutes later. The camera never leaves Amleth as he violently moves through the village like a wolf stalking his prey, killing many men along the way.

Eggers' talent for direction is on full display, as the raid is a visual treat from start to finish (as long as you're okay with seeing a massive amount of violence, that is.) 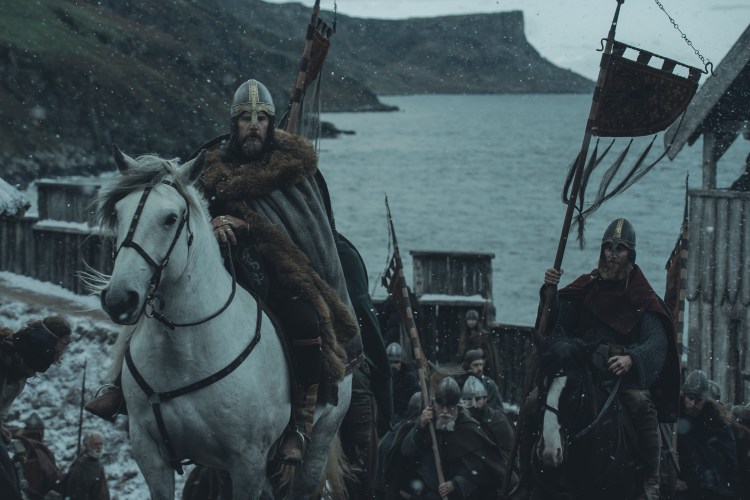 The theme of "revenge is a fool's errand" is not a new one; in fact, it has been popping up in modern media more often within the past few years. Two of the biggest and most critically well-received video games of the past five years, The Last of Us: Part II and Red Dead Redemption II, have this idea at the heart of their stories.

Despite finding a sense of normality, love, and the idea of starting a family with Olga, retribution is what has driven Amleth's life. Needing to kill the man that caused him so much pain is the only thing that drives him. For a moment, we think that he might finally lay down his sword and leave it behind, but it is not to be. Vengeance is all that matters to him, and he will have it no matter the cost. There are no heroes in stories like these, only perspectives.

"History is written by the victors," it is said, and so is true here. As we come to learn, the life of Amleth's father is not as black and white as he thought, complicating his mission. Who are we to root for? Neither side is just, and both had reasons for doing what they did. In the end, only one thing is true: Death comes for us all. 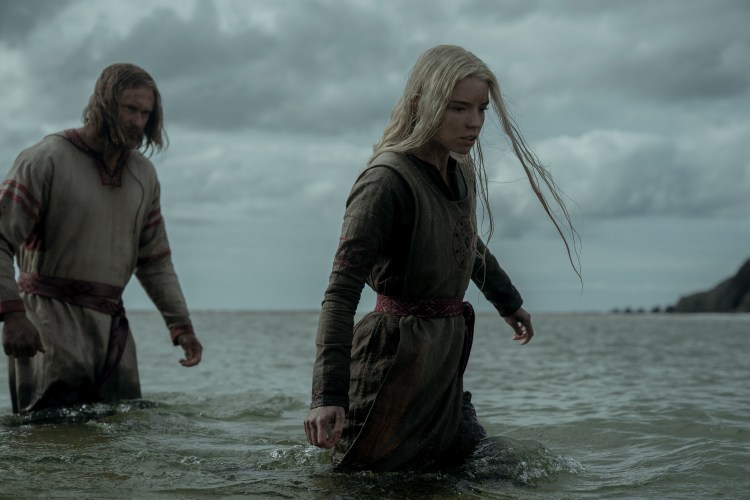 Robert Eggers' Viking epic is loud, violent, and never dull. I mean, how could a movie that ends with a duel between two naked Vikings in a volcano be dull?

Anchored by stellar performances from Skarsgård, Taylor-Joy, and Kidman, The Northman might leave you feeling empty given the subject matter, but it's still a story worth watching.