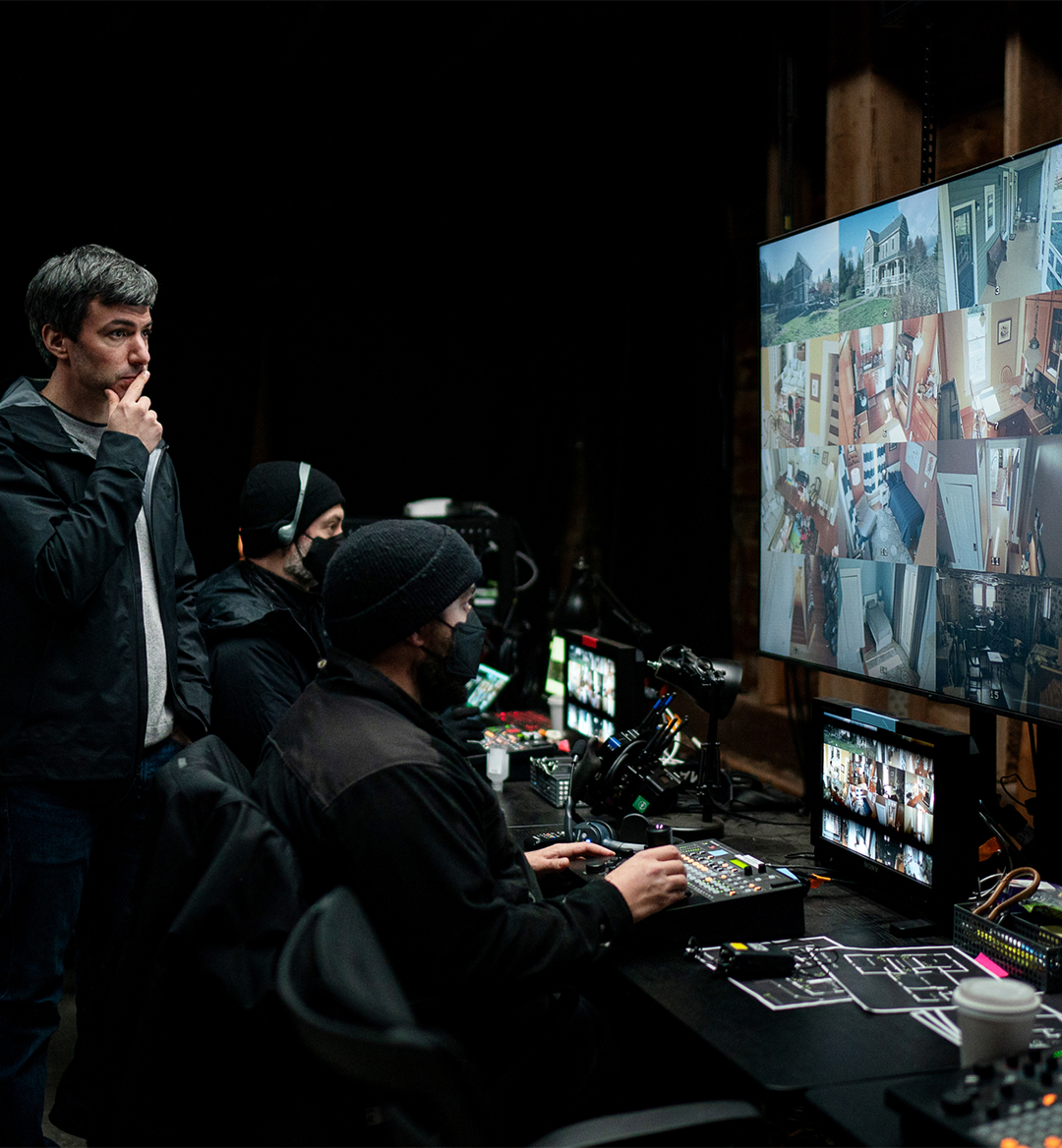 Nathan Fielder wants you to do things—his whole career and weird sui generis form of brilliance has been predicated on his ability to provoke a certain kind of uncomfortable, uninhibited response from his clients-cum-victims. It’s a bit until it’s not—in a recent New York Magazine cover story about him, Fielder tries to gauge what it would take for the writer to ax the piece. After sending up Bar Rescue-y reality tv shows and late stage capitalism on Nathan For You, The Rehearsal is an even more ambitious project for Fielder, examining whether it’s possible to tame life’s uncertainty.

The premise of The Rehearsal is simple—Fielder helps people practice handling awkward situations before they arise—but the vibe is pretty much indescribable. Beyond Fielder’s past creations, The Rehearsal has no real antecedent, except maybe if all the Impractical Jokers did ego-death-inducing amounts of ketamine. Like the more outre episodes of Nathan For You, The Rehearsal takes minor, regular problems and escalates them to absurdly fraught levels.

As such, the first episode of The Rehearsal, “Orange Juice, No Pulp,” is centered around Kor Skeet, a Brooklyn-based teacher who is wracked with guilt about lying to his friends/bar trivia team about having a master’s degree when he actually only has a bachelor’s because he “wanted to seem smarter than I was.” In particular, Kor is afraid that a certain of his friends will have a “potentially very, very violent” reaction.

Luckily, Fielder is here to help. In the five years since Nathan For You’s last episode, Fielder has evidently further grokked intricacies of small-talk. To start the episode, he greets Kor with a canned joke—he notes that Korr’s apartment is like “door city” because of all the doors—and their introduction is generally unremarkable, albeit a little stilted. If only it were that simple.

“This conversation’s been going pretty well so far, right?” Fielder asks Kor a little more than three minutes into the episode. “That’s no accident.”

Unbeknownst to Kor, Fielder has been preparing for this conversation for weeks, hiring an actor to stand in for Kor and building a carbon copy of Kor’s apartment in a warehouse, using specs from “the gas company” (a.k.a the show’s crew) who had digitally mapped the place. Fielder explains that every aspect of their interaction has been schemed, workshopped over weeks of rehearsal with Fake Kor in Fake Kor’s Fake Apartment. Kor is impressed.

“If I could know how the other person’s going to react in that situation,” Kor says, “that would be extremely appealing, yes.”

And so Fielder and Kor get to work, game-planning how Kor will come clean about his lack of academic credentials to Tricia. First, Fielder takes Kor on a trip to Upstate New York, building trust with him through skeet-shooting (with guns loaded with blanks) and swimming. In the pool, Kor opens up about his divorce (and Fielder does too, until he’s interrupted by an eldery swimmer he had planted earlier). Ultimately, Kor reveals the name of his fearsome friend: Tricia, a freelance writer and proprietor of Cheap Chick in the City, a blog about having fun in New York on a budget.

Naturally, Fielder hires an actress to play Fake Tricia and arranges for Fake Tricia to meet real Tricia by posing as a bird-watcher who Tricia interviews for Thrifty Boy, a  Fielder-created blog.

Now, it’s time for the real work to begin. In the warehouse, Fielder and company construct a replica of the Alligator Lounge (Kor’s and Tricia’s preferred trivia spot), accurate down to the wilted balloon floating against a vent. Here, Kor practices confessing to Fake Tricia while Fielder tends to a gigantic flow chart mapping out every possible scenario. To put Kor’s trivia-loving mind at ease, Fielder goes undercover as the Thrifty Boy to get the answers to the trivia and works to incept the answers into Kor’s mind through some benevolent gang stalking. “It’s days like these I curse the Chinese for inventing gun-powder,” says a pretend-cop in front of a pretend-crime scene; a pretend construction worker explains that the building he’s pretend-working on is tall, but not as tall as the Burj Khalifa, the tallest building in the world.

By the time Kor and Tricia sit down for trivia, the whole enterprise feels impossibly tense. The admittedly low stakes couldn’t feel higher. For a moment, it seems like Kor will bail; he’s terrified, his white lie carrying 12 years of anxiety and insecurity. When Kor finally comes clean, it feels like deliverance—Tricia is understanding and they both open up to each other and they feel like, for the first time, they really know each other, or something like that.

As Kor and Fielder bask in a job well done, the show suddenly cuts to an earlier conversation where Fielder tells Fake Kor about the lengths he went to ensure that he won trivia night.

“I’m on TV now,” Fake Kor quaveringly says, vocalizing the central tension of the show “and everybody is going to think I’m a fake…It was a huge mistake and you fucked it all up. You’re an awful person.”

Then, quick cut back to the real conversation with Kor; Fielder doesn’t confess. “I think you’re a really great guy,” he says to Kor as a haunting rendition of Gene Wilder’s “Pure Imagination” plays.