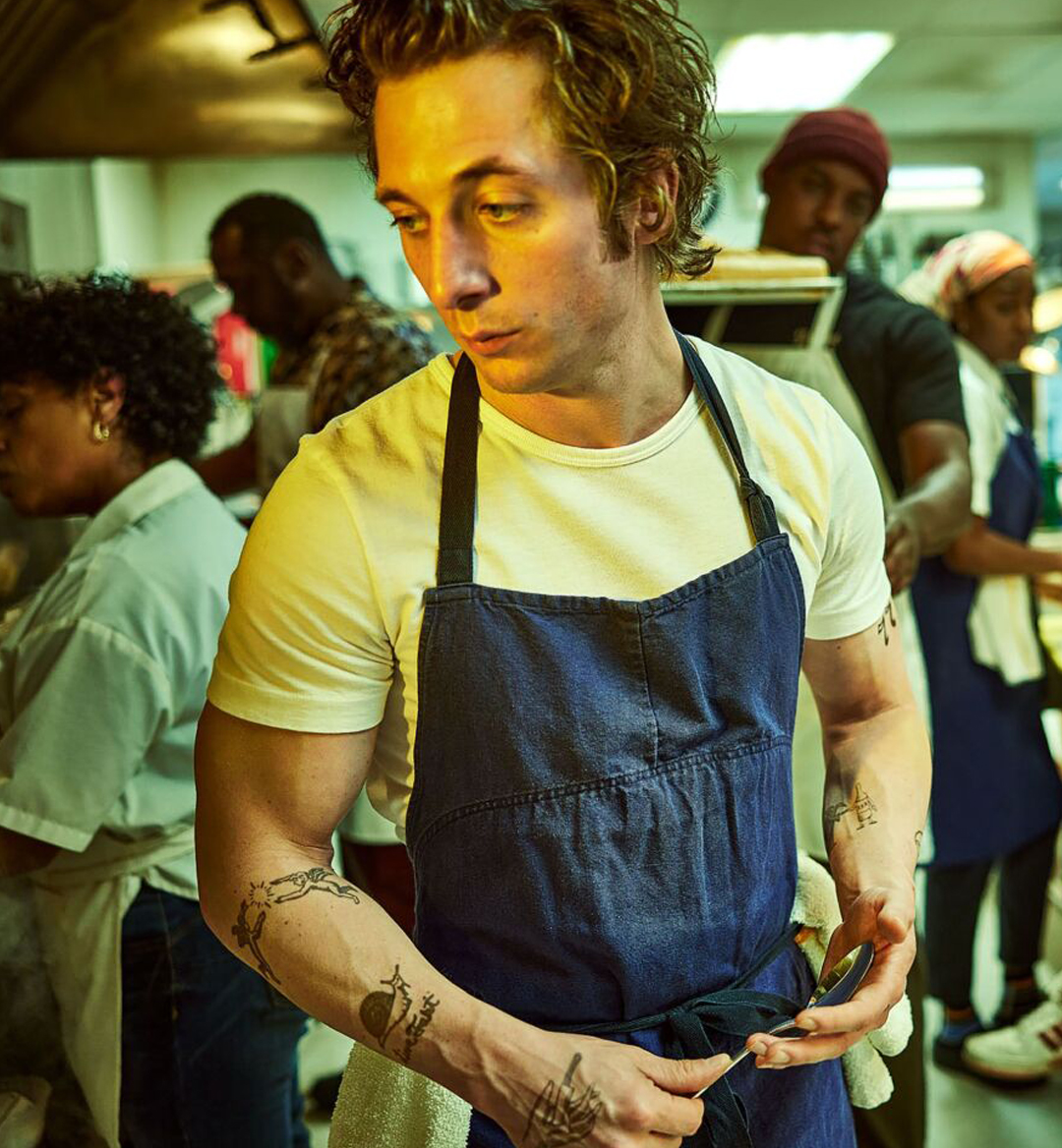 If that sort of countdown is stressing you out, causing your heart rate and your anxiety to build, then you're not alone. I've never worked in a kitchen or the restaurant industry, but I'd imagine that The Bear comes close to visualizing what it's really like.

The Bear follows a young chef prodigy named Carmen Berzatto (Jeremy Allen White), who returns to Chicago to run his family's sandwich shop following his brother's suicide. Upon arrival, he almost immediately conflicts with his "cousin" Richie (Ebon Moss-Bachrach) over the new direction the shop is headed in and the hiring of another young chef, Sydney (Ayo Edebiri.)

Inside the kitchen, the fires blaze, the pans sizzle, and the screams and arguments run rampant. Trying to cook and get food to customers inevitably leads to chaos, and the clash between new and old philosophies does nothing to calm things down.

Every day in the kitchen, you feel the tension go from simmering to boiling. Carmen (or Carmy as everyone calls him) has tried to institute a new system that models itself after the one he used in the fancier restaurant he used to work at. Sydney, who comes from that sort of background too, also attempts to help get it going.

The old-school cooks in the kitchen struggle to adapt, and the fights arise right from the start. Much like the chefs, you can feel your blood start to boil, and your skin crawls; you begin to sweat just a little bit, wondering how these issues will be fixed. And, like in life, many problems don't resolve themselves easily, if at all.

Carmy returns to The Original Beef of Chicagoland to save the business and provide the people of Chicago with a great Italian Beef sandwich, which, in a town that has hundreds of places to get one, is no easy task. He tries to infuse the knowledge he's gained from his culinary education with the shop's traditional recipes, but the transition is anything but smooth. However, even with all the conflict, the food is always great. 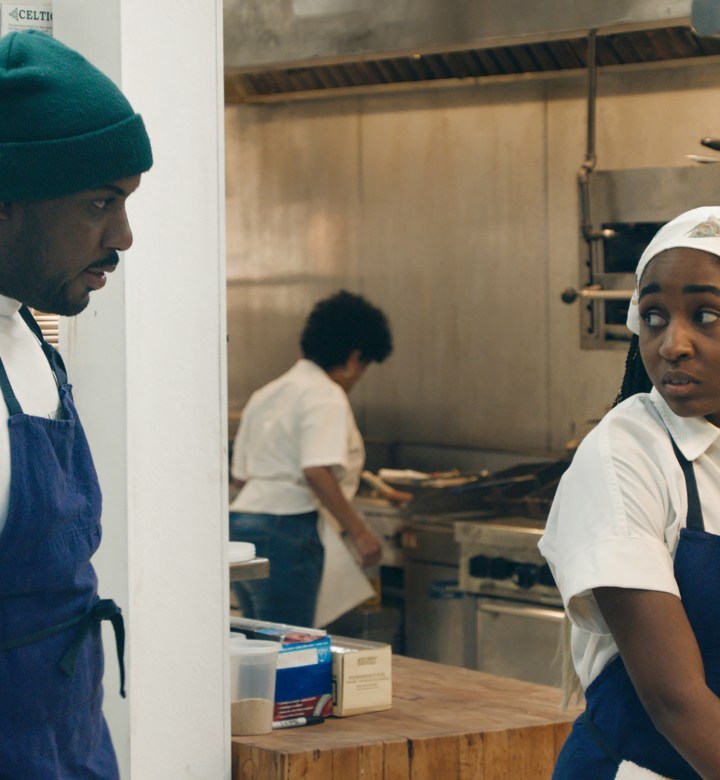 For the people of Chicago, it can be said that a great Italian beef sandwich is less a food and more a religious experience. The au-jus-soaked bread combines perfectly with the beef and giardiniera to form what could only be called a perfect sandwich.

An Italian Beef sandwich is almost the perfect encapsulation of what The Bear is trying to be: A mess of ingredients that somehow come together in a way that makes something exceptional. The Bear has a collection of different chefs and bakers who make some great food despite their immense differences.

As mentioned above, the chefs in the kitchen are incredibly resistant to change, whether it be the recipes or the methods of how they cook. Carmy wants to braise the beef and not roast it, he's switching up the ingredients in the giardiniera, and he's even changing the bread. In this world, altering recipes is as tough as healing relationships, both are something that will need time and a whole lot of work.

Even as you watch through the TV screen, you get a sense of what the beef smells and tastes like, how delicious the cakes are, and just how much goes into creating them. It's a team effort with every person in the kitchen working on their pieces to the puzzle. And as the recipes evolve, so do the ties between chefs. 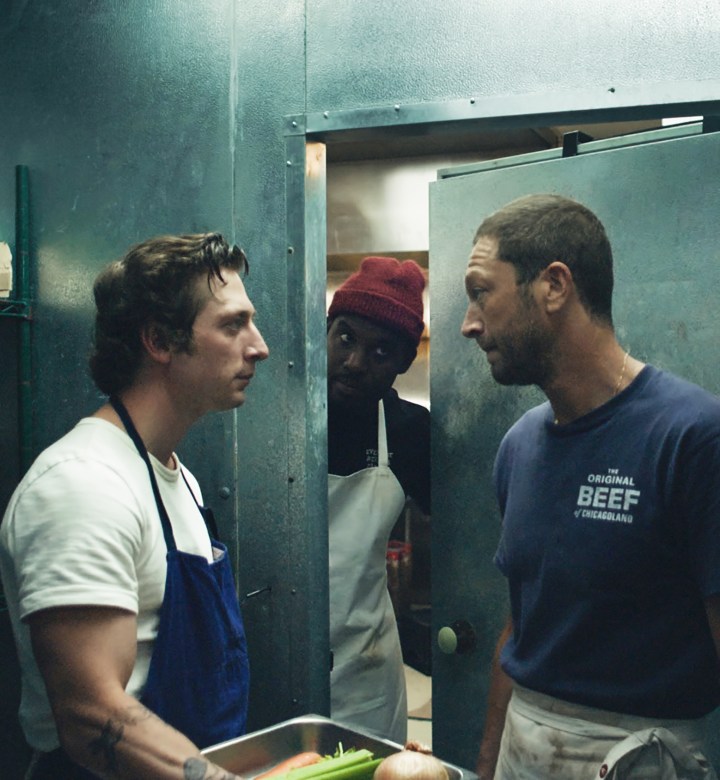 One of the most impressive things about The Bear is the direction. Creator Christoper Stoler and Joanna Calo split directing duties for the show's eight-episode run, and their vision is on display in practically every scene.

Nowhere is this better exemplified than in the show's seventh episode, "Review." A technical and emotional masterpiece, it is made to look like the entire episode was one long tracking shot, in the same vein as Sam Mendes' 1917. If the series was designed to increase anxiety, this episode is what causes you to have a full-on attack.

To set the scene: On the same day that a great review for the restaurant is published, Sydney's initiative to allow for online ordering begins. However, she accidentally left the pre-order option for the system on, causing hundreds of orders to pile in in just a matter of minutes. As you might expect, the reactions from the staff are less than enthusiastic, and tensions fly immediately. Stoler's direction here is tight, claustrophobic, and deeply personal.

By the time this episode has aired, we have become invested in these characters and their attempts to fix this restaurant and their own lives, so watching them go through this disaster is excruciating to watch. It's a thrilling watch but also a painful one too. 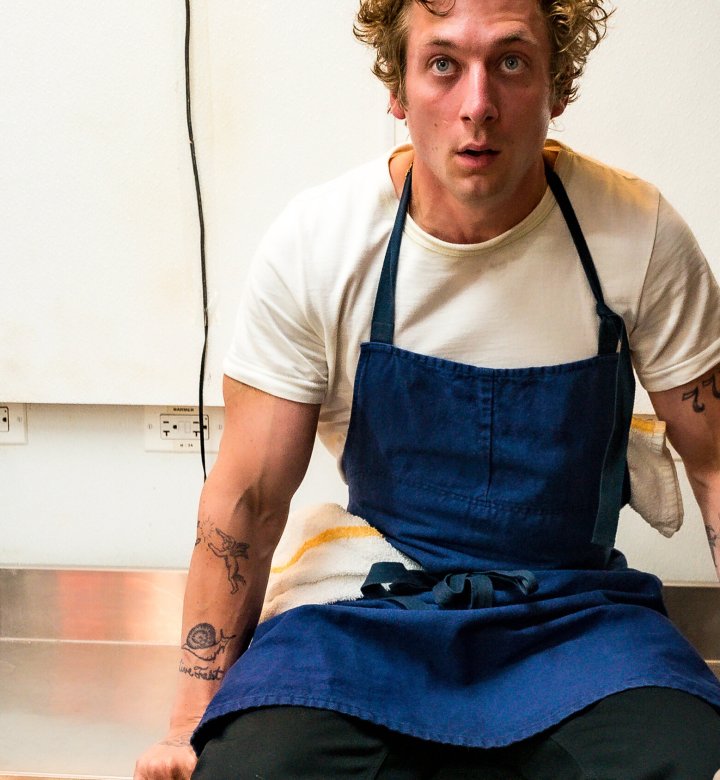 "I feel like I'm kind of trapped because I can't describe how I'm feeling. So to ask somebody else how they're feeling, that just seems...I don't know, insane?"

The acting in The Bear is superb across the board, but none more than Jeremy Allen White. In the season's finale, White delivers a seven-minute, emotional monologue to the members of an Alcoholics Anonymous meeting. As he speaks, he documents everything about himself and his life that he seemingly hates but also what he loves.

All the pain, loss, and misery but also what's made happy and how it has all led him to this point. It's an astonishing sequence, one that resonates because it's real. How does one reconcile with the past? How can you fix the present to prepare for the future?

Carmy, like all of us, doesn't have an answer but all you can hope for is that you figure something out along the way.

All episodes of "The Bear" are available on Hulu now.