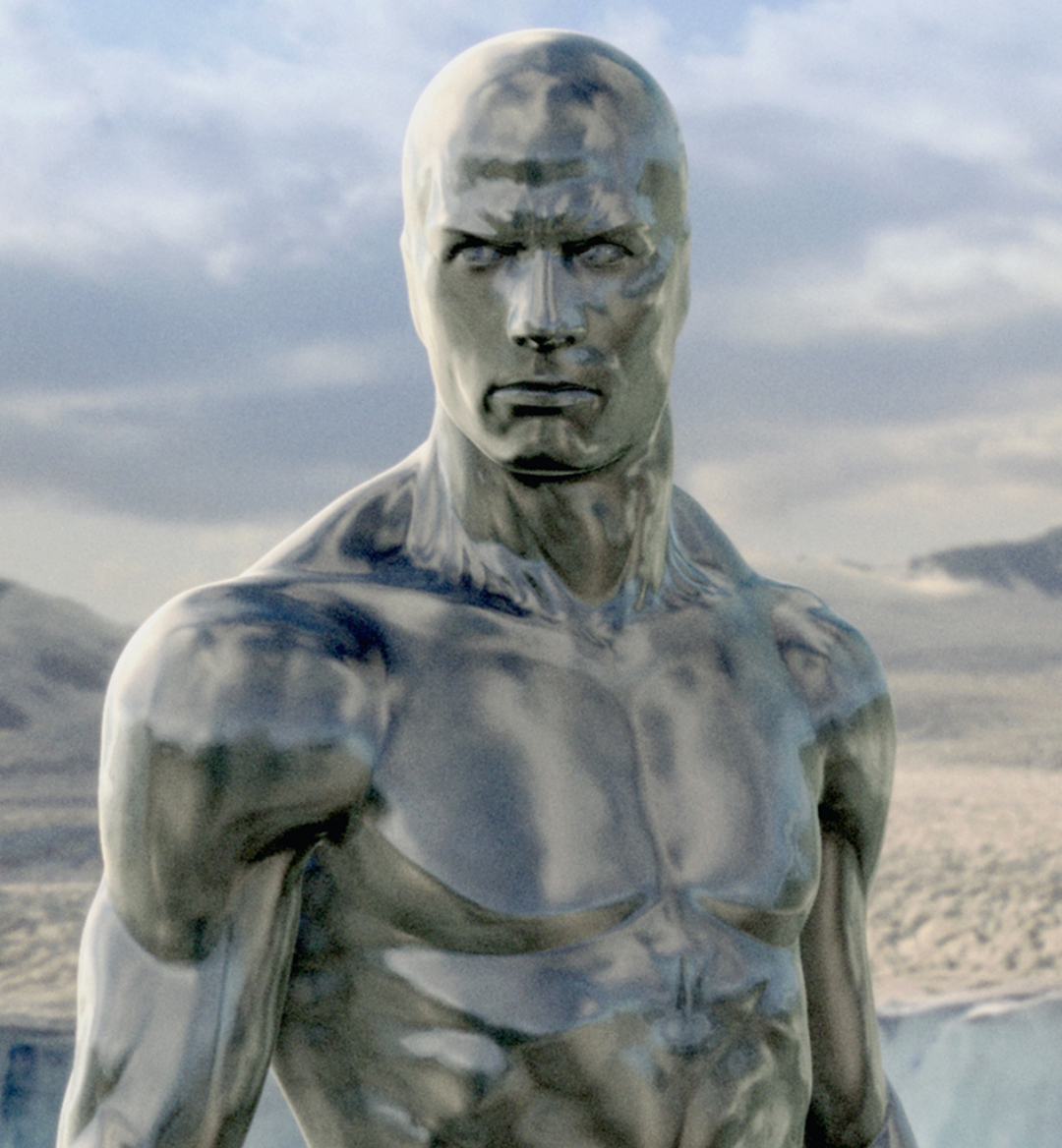 The Marvel Universe is one of the most robust and expansive comic-book universes to exist. First founded in 1939, Marvel Comics has over 70,000 characters throughout its history and multiverses, with somewhere around 8,000 staple lead characters. With such an overwhelming roster of caped crusaders to keep track of, there's bound to be a bunch of lesser-known characters that are considered underrated Marvel characters.

From the MCU all the way to the first live-action Marvel movie with Captain America in 1944, we’ve seen some heroes significantly more than others on the big screen. Even when some of our favorite characters make it to the movies, they don’t always get the character arc they deserve. Here is our list of the most underrated Marvel characters we think deserve their roses.

Although She-Hulk may have gotten her own show in the MCU, Jennifer Walters remains one of the most under-appreciated characters. Vastly popular among fans, She-Hulk first appeared in The Savage She-Hulk #1 released in 1980. She-Hulk is known for constantly breaking the fourth wall and poking holes at the many superhero tropes.

Universal Television was banking off the major success of their Incredible Hulk and Bionic Woman T.V. series. Marvel became nervous that Universal Television might introduce a female version of the Hulk to their show, so they created their own version first so they'd own the rights. This explains the signature fourth-wall break that She-Hulk has become well-known for.

Brother Voodoo is not an unknown marvel character, but most casual fans know nothing about him or his origin. Brother Voodoo first appeared in Strange Tales #169, released in 1973.

After becoming a psychologist in the United States, Jericho Drumm returns to his homeland of Haiti. He finds his brother, a male priest of voodoo, is dying from a spirit he possessed. Before he dies, Jericho vows to his brother that he will visit his mentor Loa Damballa, where he will eventually become Brother Voodoo.

In comics, Brother Voodoo will eventually become the sorcery supreme after Dr.Strange's death and is renamed Doctor Voodoo. The first rumor of Brother Voodoo joining the MCU came in Dr.Strange when it was revealed one of the people Kaecilius kills was Daniel Drumm. Black Panther: Wakanda Forever also teased some of the heroes claiming Haiti as their temporary home, the same location we know Brother Voodoo is from.

Norrin Konn was born on the planet Zenn-la, home to a long-lived technologically advanced humanoid race. When Galactus broke through the planet's defense systems, he came with the intention to consume the planet. Konn comes to the rescue and offers to be Galactus's personal herald and seek out planets for him to consume. Galactus agrees and turns him into the Silver Surfer.

Although this may seem like the Silver Surfer is a villain, he is actually one of the noblest characters in the Marvel Universe. He tried to only lead Galactus to planets that are void of sentient life, but after it became increasingly hard to find them, he would plot a way to end Galactus's reign forever.

Adam Warlock may be underrated now, but with Will Poulter set to play the character in the upcoming third installment of the Guardians of the Galaxy franchise, that may change soon. He first appeared in Fantastic Four #66-67, released in 1967.

Adam Warlock was created by researchers on earth known as the Enclave, whose goal was to create the perfect human being. He is most known for his role with the Infinity Gauntlet and for stopping Thanos. He was able to yield the Infinity Gauntlet before ultimately splitting up the gems so that no one person had control of all that power. It should be interesting to see what role he will exactly play in the MCU.

Monica Rambeau may have had her formal introduction into the MCU, but that rendition of the character does do justice to its comic-book counterpart. Monica Rambeau first appeared in The Amazing Spider-man Annual #16, released in 1982, and is introduced as the second Captain Marvel.

While trying to stop an extra-dimensional weapon, Rambeau is exposed to the special energy and thus became capable of turning her body into energy. Although her name was given to her by the media, it turned out that there was a Kree hero named Mar-Vell, who was the first Captain Marvel.

Rambeau then goes to the Avengers for help in mastering her newfound powers. After being taken under the wing of Captain America and the Wasp, Rambeau graduates as an Avengers member before ultimately becoming their leader. It's very possible we one day see Monica Rambeau commanding the Avengers of the MCU.

The adorable dog in a spacesuit we see in Guardians of the Galaxy may look like a device to add humor to the movie, but that is actually Cosmo the SpaceDog. Cosmo first appeared in Nova vol. 4 #8, released in 2008.

Cosmo was a space dog used by the soviets during the 1960s and was launched into Earth's orbit. He would become lost in space before ending up in Knowhere. While the Guardians use Knowhere as their base for a short period Cosmo tags along for a number of adventures. We aren't sure how much screen time Cosmos may get in the future but one thing remains, everyone loves a talking space dog.

Taskmaster is another character who has been fully introduced to the MCU but wasn't given the character arc they deserved. First appearing in The Avengers #195, released in 1980, Taskmaster is one of the most deadly hand-to-hand fighters in the Marvel universe.

We may now know the full backstory of Taskmaster, but we do know what he's capable of. Taskmaster has what can be described as photographic reflexes. He can mimic and copy the exact physical movements of anyone he sees. This makes him one of the toughest foes in the Marvel universe because he is the equivalent of fighting yourself in hand-to-hand combat. Taskmaster's amazing ability suite and endearing combative personality earn him all the love in the world on this collection of the most underrated Marvel characters.

If you've never heard of the unbeatable Squirrel Girl then you're in for a treat. Squirrel Girl First appeared in Marvel Super-Heroes vol.2 #8, released in 1991, and was created because Marvel wanted to branch off into lighter stories than the normally dramatic tales.

Doreen Allene Green, better known as Squirrel Girl, first discovered she could communicate with squirrels at the age of 10. It's later revealed that she possesses squirrel-like abilities. She actually remains an incredibly tough hero defeating the likes of M.O.D.O.K., Thanos, and even taking down the Avengers at one point.

The Nova Corps in the MCU may seem like a rag-tag group of dim-witted police offers, but they are quite the opposite in the comics. Nova first appeared in The Man Called Nova #1, released in 1976.

As the last great Nova Corps member from Xandar is dying, he is tasked with selecting a replacement. At random he chose high school student Richard Rider, who would become Nova. He has powers such as superhuman strength, flight, and control the powerful suite of abilities tied to the Nova force.

Magik is undoubtedly one of the most complex and powerful heroes ever seen in the Marvel universe. She first appeared in Giant-Size X-Men #1, released in 1975.

Illyana Rasputin, better known as Magik, was a mutant born in Siberia, Russia. She is the sister to notable mutants Mikhail and Colossus. At a young age, she is brought into Limbo by the ancient evil sorcerer Belasco. She is raised there and develops several magical abilities. As her character continues to grow, she must battle the demons of her youth in Limbo while trying to be the hero she wants to be. Magik and her massive "Soulsword" also make her worthy of making this list of the most underrated Marvel characters.

The Disney+ series Moon Knight was a great success and a wonderful addition to the MCU, but there is still so much about the character that went unseen. Moon Knight first appeared in Werewolf by Night #32, released in 1975.

Although Moon Knight may not have super-human abilities 99% of the time, he is still an absolute badass. A Chicago native, Marc Spector, draws the attention of Khonshu, the moon god. He creates a psychic connection with Spector, turning him into Moon Knight. What ensues is a number of personalities that Moon Knight has to struggle with containing as he strays further and further away from who Marc Spector once was.

It's hard to claim Ant-Man as underrated when he is slated to have a third solo installment to the MCU, but I'm gonna try to make a case for him here the best I can! Ant-Man first appeared in Tales to Astonish #27, released in 1962.

Hank Pym may be the original Ant-Man, but we are going to focus on Scott Lang's version of the hero. The former robber turned superhero, Scott Lang comes into possession of the Ant-Man suit after stealing it. He would fight alongside the Fantastic Four as well as the Avengers, becoming an integral part of the team. With how many of our favorite OG heroes have gotten the boot in the MCU I pray that we don't see Scott Lang's Ant-Man go anywhere anytime soon.

A Beginner's Guide to Buying Wine for Thanksgiving