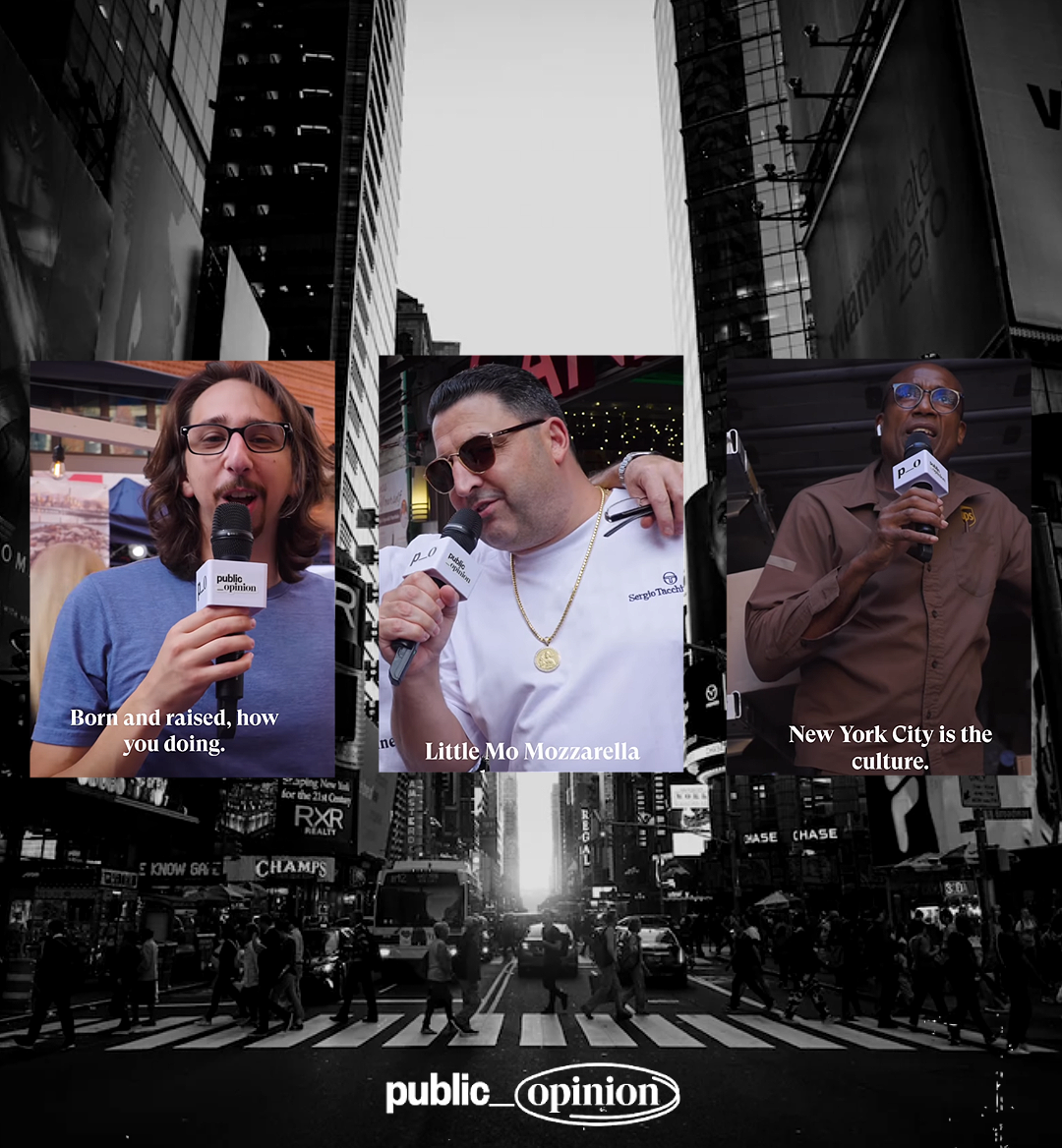 Finding the secret sauce to "good content" can be an incredibly elusive objective. The core of almost all captivating content is actually pretty simple: people. That's what Public Opinion has done so well in the past six months. The creative agency (which you may know for their NYC trivia show on TikTok), has become such a beloved show for many New Yorkers because it's actually just a vehicle to talk to people and share their stories. I caught up with one of Public Opinion's founders (and the guy you see on screen), Jack Coyne, to hear about the other ventricles of the brand and how they came up with the trivia show.

Jack started Public Opinion with two partners—his brother, Kieran, and friend Henry Kornaros—earlier this year. "The three of us got together in May to start this new thing called Public Opinion, which was always kind of something that we, we'd had our eyes on. What we started was a creative agency that was also going to create original shows and content," he explains to me.

Public Opinion creates original content like the trivia show, but they're also a fleshed out creative agency: "What we do to make money—how we pay for this—is we work with brands and we make advertisements. We have a few different clients and help them with their social media, with their TikTok, et cetera. We decided, we'll use this to pay the bills while we develop these shows, and then eventually the shows will be successful and they'll pay for the whole thing in the long term."

So that's the goal. We experimented; we shot a bunch of things. We started making YouTube videos. We make a YouTube video every single week on our YouTube channel, also called Public Opinion. That's about what's happening in the office and behind the scenes and who we are and all that stuff."

Jack explains the genesis of their now recognizable trivia show: "Then the first show that we launched was the Public Opinion trivia show. We started that in mid-July. And it was just kind of—as we were experimenting going on the streets, it was like, 'Oh, what if we ask people trivia questions.' And if we gave away cash prizes, people would wanna come up to us and talk to us on the street."

The reason that we started this show wasn't to ask people trivia questions. It was to talk to people.