Here's Why You Should Watch 'Hunter × Hunter' Before The Manga Returns 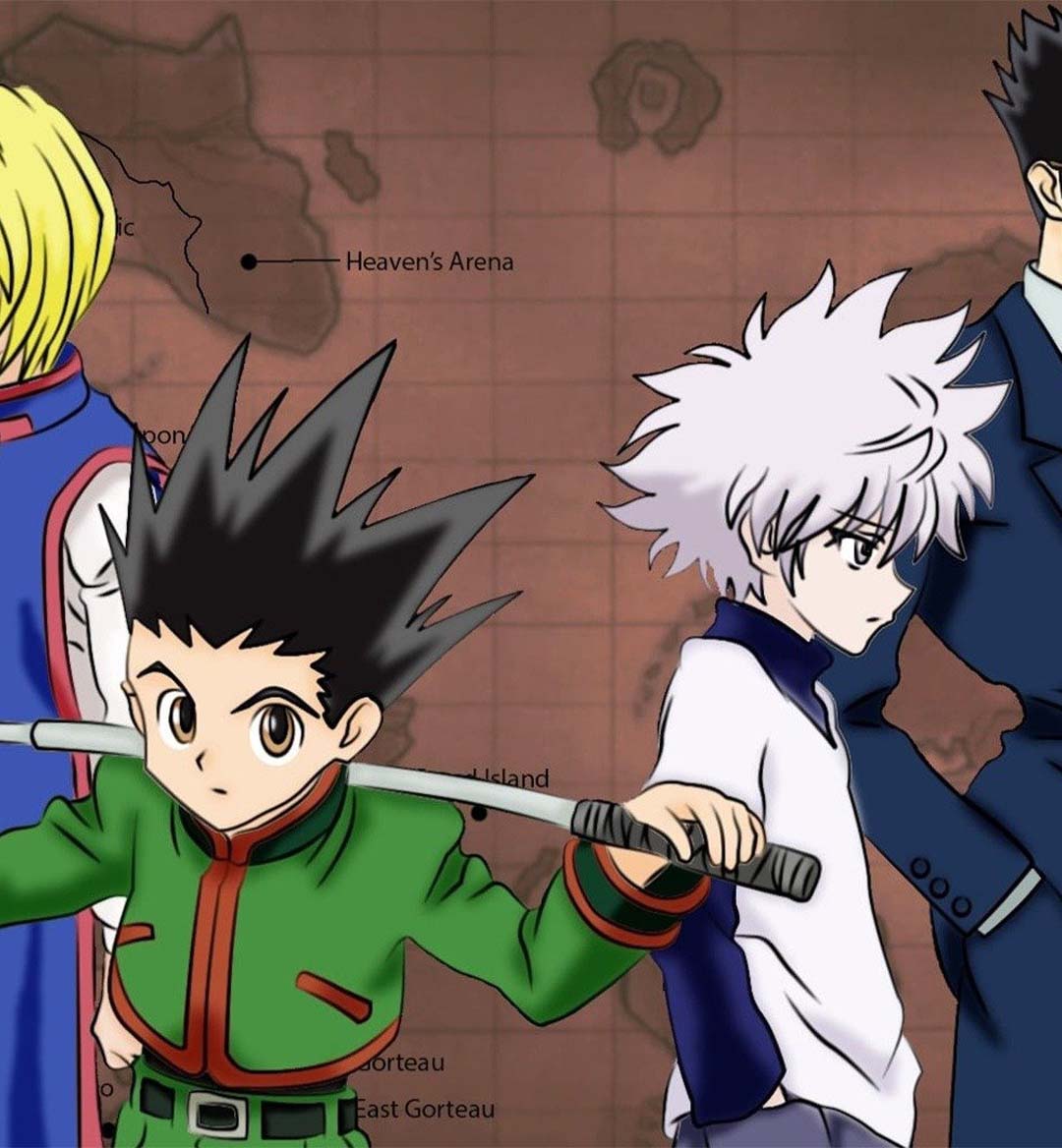 Hunter x Hunter is making its grand return after a tweet from the series' author, Yoshihiro Togashi, went viral. The caption "4 more chapters for the time being" appears on the Tweet, which also includes a side image of a piece of paper with what appears to be a rough design of a manga panel. Togashi has already finished six new Hunter x Hunter manga chapters and is now working to complete four more. The post gained over 200k likes in a matter of hours - since the account was recently created, there was no way of knowing if it truly belonged to the Hunter x Hunter author until the author of One-Punch Man verified it. If you still haven't watched HxH yet, allow me to highlight the main reasons you need to before the manga returns. 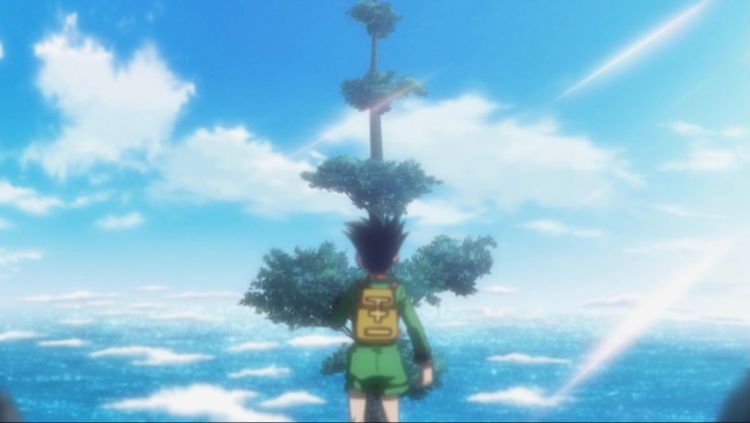 Hunter x Hunter's sense of world-building is exceptional. The show's talented animators have done an amazing job of bringing Togashi's manga universe to life. Each location is richly detailed and contains numerous unique/interesting areas, with even more of the globe to be discovered. The locales derive their names and styles from our world, such as Yorknew, which is modeled after New York. Many unrecorded species and entities exist within the manga/anime's vast world, many of which are said to be stronger than the strongest Hunters. The world created in Hunter X Hunter is excellent, which even puts it on par with One Piece. 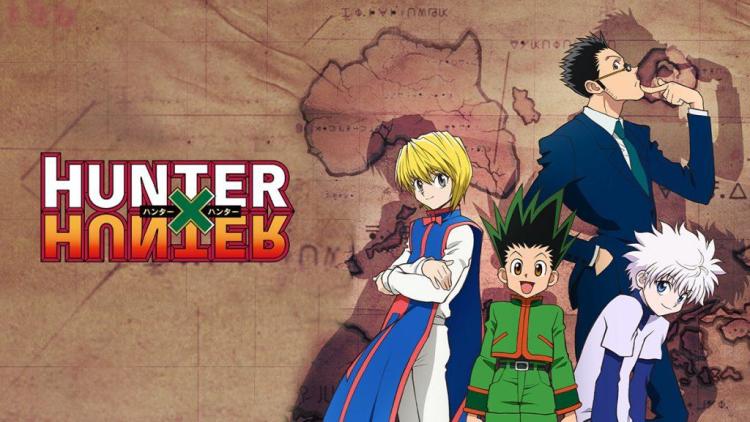 The plot of HxH is extremely well-crafted - it ranges from fast-paced thrillers to light-hearted adventures to an in-depth examination of the human psyche. Heed this warning, though - in the anime's opening stages, everything feels like it moves at a snail's pace. The majority of HxH fans will agree here. But I believe staying with the show for the long haul is worth all the trouble and patience. That sluggish pace allows the plot to better develop the characters and the world they all inhabit. Each arc contains a plot that could stand on its own as a whole separate show. Some are better than others, obviously. But they're all well-made and bring a new dimension to the HxH universe.

Despite being made up of discrete arcs, many of them forecast future events and immediately lead into the proceeding ones. Despite multiple arcs focusing on side characters, the story remains cohesive throughout. The character arcs can be complex at times, but they do tie to each other in meaningful ways. The characters aren't just stereotypes, thankfully. And they all have a major impact on each other's lives and the lives of others. They aren't ideal at times, but they aren't bad to the point of being insufferable. I gotta hand it to this show for not making me dislike a single character. 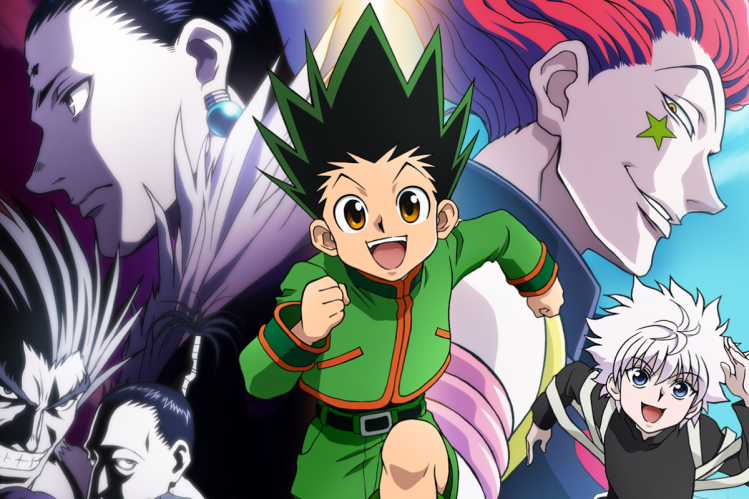 Hunter X Hunter's cast of characters is as large and varied as a shonen cast can be. Each character is bright and distinct in their own right. Nobody feels two-dimensional or half-hearted, no matter how little their role is. Characters like Killua and Kurapika are extensively explored, plus the anime frequently employs an ensemble storytelling method during some of the larger arcs. Almost every important character in it has a variety of personalities. The more time you spend with our protagonists, the more you learn that they, too, have flaws in their character, particularly when it comes to their moral beliefs.

Some of the villains also display traits of camaraderie and friendship that I've never seen before. Togashi (the manga author) can create some of the most interesting characters, but he also appears to be detached from them, since he often kills off characters or excludes them from specific arcs. The antagonists are S-tier, I might add. Some antagonists are insane and psychopathic. Some people are harsh and ruthless. Some have an outward appearance that presents them as bright and charismatic. But they're all fantastic in their own right.

I never found any of the villains wanting, not even Genthru from the Greed Island storyline. I liked him as well. The villains are well-written, well-designed, and, if I may say so myself, quite terrifying. More villains like this are needed in all forms of anime. They're well-developed and go beyond other shonen's conventional cliches. Often, villains are bland, evil-for-the-sake-of-evil antagonists. Meruem is a great example of an S-tier antagonist - his emotional development is a big part of his character development and he has plenty of valid reasons for his despicable actions. On him alone, I could cook up a thesis paper dedicated to his greatness. 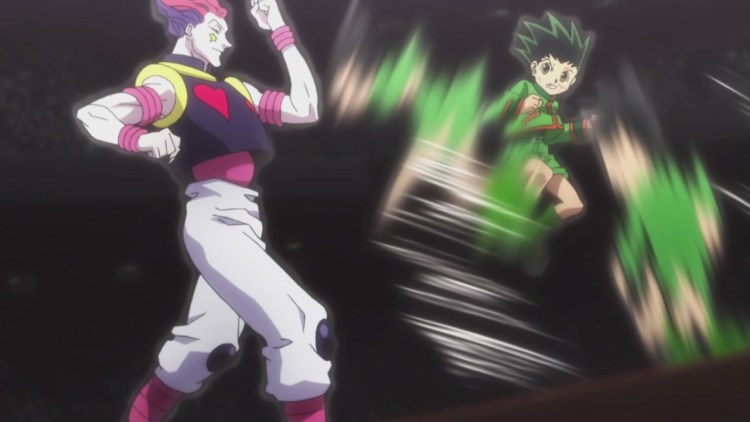 Some of the best fights in anime can be found in HxH. As a longtime anime viewer, it doesn't matter to me whether there are explosions every second and I don't mind if every character's attack is overly flashy. When this show finally gets into some action, the suspense rises because we care about the protagonists and want to see them succeed in battle. Since I gained a better understanding of who Gon is and realized how much stronger Hisoka was, Gon attempting to grab Hisoka's badge was a nail-biter to watch. It's worth noting that HxH fights involve more than just bashing each other over and over again since there are a lot of strategies put in play.

Instead of being forced to listen to a corny speech all about friendship and witnessing a character earn an insane power boost for the sake of overcoming the bad guys, Gon and Killua don't always succeed. Togashi is a master at making them lose just enough to expose the power disparity between them and their foes. But he's also good at helping them succeed just enough to keep them from appearing completely inept. Togashi understands how to take the weaknesses of his character and make them fail, rather than having the main character become the strongest warrior right away. This also emphasizes their character development as they mature and learn from their mistakes. "Nen" is hands down, the best shonen power system.

The Nen system is well-developed and pretty logical. It establishes defined boundaries and adheres to them at all times. It doesn't establish that you can't do something and then have the main character do it merely to keep the plot moving forward. It establishes clear rules that are easy for viewers to wrap their heads around. Because the anime follows the system of constraints and vows to the tee, not even Gon's "power-up" broke the rules. It also doesn't allow the protagonists to achieve enormous levels of power right from the jump.

Even after two years of training on Greed Island, Gon and Killua were unable to defeat their biggest enemies during the next story arc. And by cleverly employing the use of his squad, Togashi was able to defeat those powerful opponents without breaking any of the rules of Nen. Moments like that one bring the hype during HxH's most intense skirmishes.

Now Go and Watch It!

What's most amazing is that people are still captivated by Hunter x Hunter's after all these years. Fans remember whole lines of dialogue between characters in addition to the show's awesome aesthetics and quality world-building. What stays with diehard followers like me is its hugely emotional moments, unforgettable characters, and especially Gon & Killua's physical/emotional journeys. Above all, I think it's a moving coming-of-age story. HxH's strong narrative has had a great impact on me, both in terms of what it has taught me about growing up and the comfort it gives me in knowing that no one person or ideology is right or wrong. Hunter x Hunter is a masterpiece that everyone needs to watch even if you're not a fan of anime.