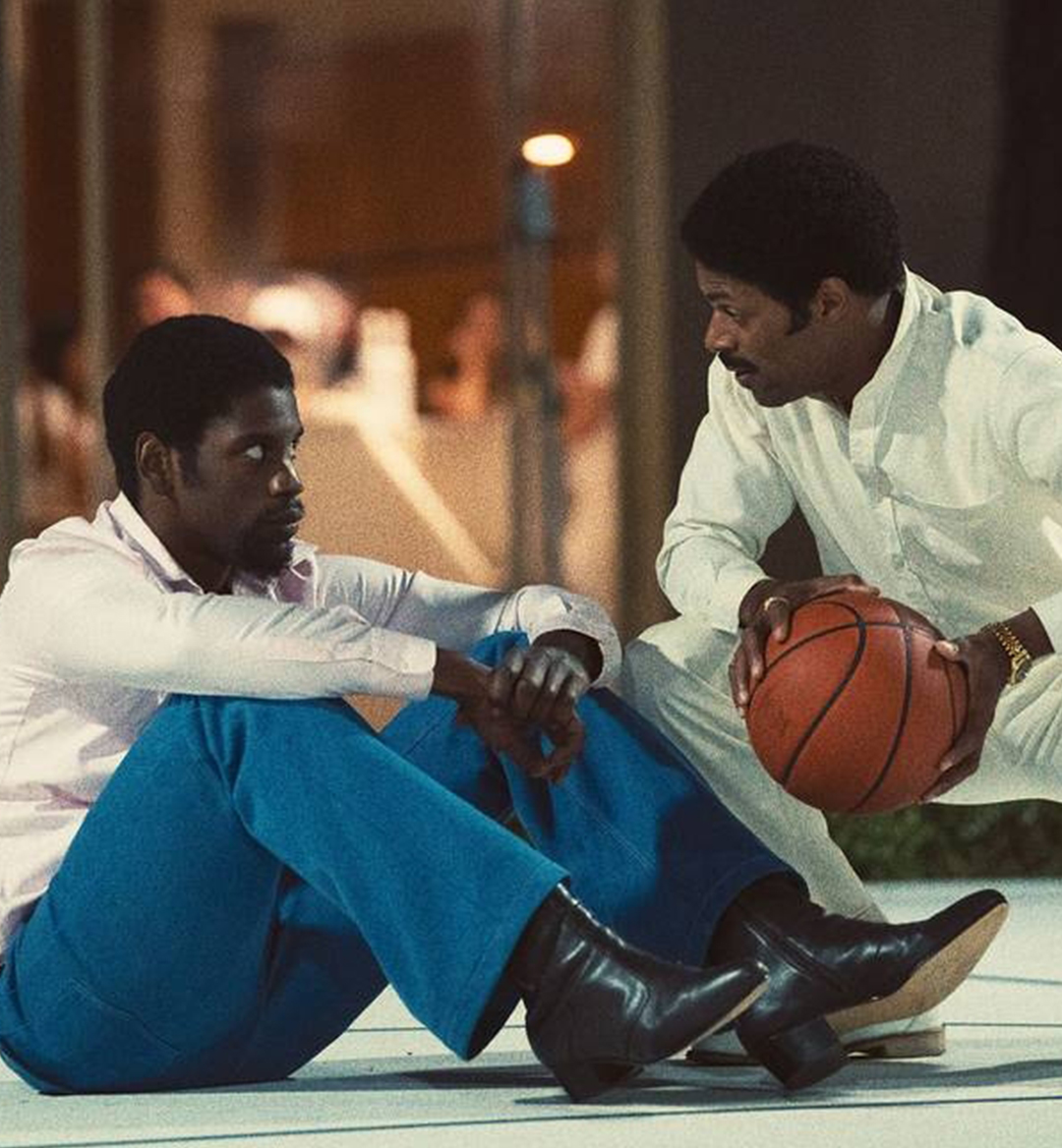 Before the Lakers were the Lakers, they were almost in the trash. At one of the lowest points of their franchise, HBO Max's newest series, Winning Time, tracks the team as they claw their way out of the dungeon to become one of the most successful basketball teams of all time.

This first episode focuses mostly on Earvin "Magic" Johnson's (Quincy Isaiah) drafting onto the team as well as Dr. Jerry Buss's (John C. Reilly) acquisition of the team itself. The series is filmed both in a regular and mockumentary style, with certain front office staff (mainly Buss) dishing out clever quips about what's going on.

While we track the team during the 1980s, this episode kicks off at a doctor's office on November 5, 1991—the day that Johnson found out that he had contracted HIV. While we're only in this scene for a short moment, it shows the ultimate trajectory of his career, and with that moment, we're thrown back into the 1980s.

We're introduced to the wild-yet-charming Buss who's set on buying the Lakers for a cool $15,750,000. Though he only has $120k in his bank, it doesn't stop him from being extremely confident that he'll scrounge up the rest of the money in time for the payment to go through. His business partner, Frank Mariani (Stephen Adly Guirgis)—who apparently has bad reflux—feels much differently and thinks that it's not a great idea.

Back home and assuming that her father's deal will go through, Buss's daughter, Jeanie (Hadley Robinson), asks him for a job at the company. His one interview question: who should he choose in the upcoming NBA draft: Larry Bird or Earvin Johnson? Knowing that Bird has already signed with the Boston Celtics, it's a no-brainer.

At this point, we're introduced to Johnson, who's back at home in Lansing, Michigan with his family and friends as he anxiously awaits the news of who he'll be drafted by. At the NBA offices in New York City, the winner is decided with a simple coin flip: whoever wins will get the first pick of the draft, and given that Johnson is number one on everyone's list, his fate will be decided by a coin.

Facing off against the Chicago Bulls in this monumental, over-the-phone coin flip, the Lakers get the first pick as the coin lands on tails. Back in Michigan, Johnson feels much more excited about heading to Los Angeles than the rest of his family does. Hoping he'd stay closer in Chicago, Johnson is now headed off to an entirely new world in California. 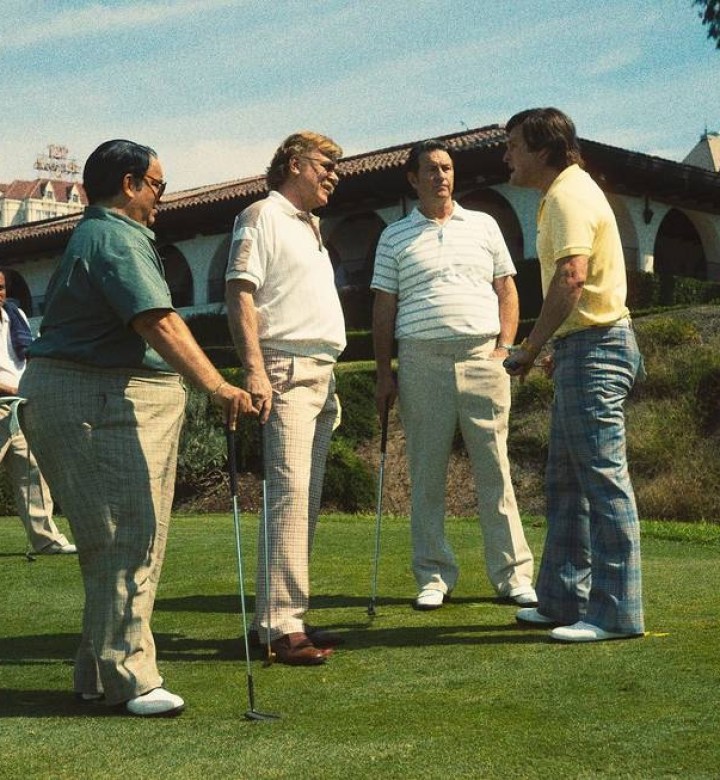 Back in Los Angeles and on the golf course, Jerry West (Jason Clarke)—the head coach of the Lakers—has a bit of a tantrum about the prospect of Johnson joining the team, threatening to quit if they end up fully signing him. Before snapping his golf club and storming off, we get a quick look into West's past as a former-Lakers player and one-time MVP. A hothead obsessed with winning, West is still unhappy with how his career went. Even though he won the MVP Award in 1969, won the NBA Championship in 1972, and even had his silhouette become the NBA's logo, it still wasn't enough to make up for not winning in the way that he wanted to.

In a Los Angeles salon, Lakers point guard Norm Nixon (DeVaughn Nixon) is chatting with the women there who ask him how Johnson will fit into the team as he's also a point guard. It eventually turns into a bit of an argument as the women complement Johnson and Nixon leaves the salon in a huff.

Another central member of the team, center Kareem Abdul-Jabbar (Solomon Hughes), is introduced, as we see him taking on an acting role in the movie, Airplane!. Later on, Nixon stops by to complain to Abdul-Jabbar about Johnson. However, he's not hearing any of it—literally, because he's blasting music in his headphones, eventually telling Nixon to hit the road.

Johnson finally arrives in Los Angeles with his father, Earvin Johnson Sr. (Rob Morgan), and the two quickly find themselves in a tense lunch meeting with Buss and Jack Cooke, where they (attempt to) eat some sand dabs. Johnson asks for a burger instead, along with Buss and Earvin Sr., as they do not love their meal. Cooke is visibly annoyed by this and declines the burger offer, stating, "I'm enjoying my sanddab."

Upset with the Johnsons and Buss for taking Johnson's side, Cooke tells Johnson that the Lakers can simply go with someone else because he's not technically signed yet. At this point, Johnson demands $600k; Cooke offers $400k instead, but Johnson keeps pushing for more money. Cooke suggests that Magic should take a few more years in college, and after he calls him "boy," Johnson decides it's time to leave the meeting entirely. Realizing that he's on the brink of losing his star player, Buss steps in and tries to smooth things over as his colleague isn't treating Johnson fairly. 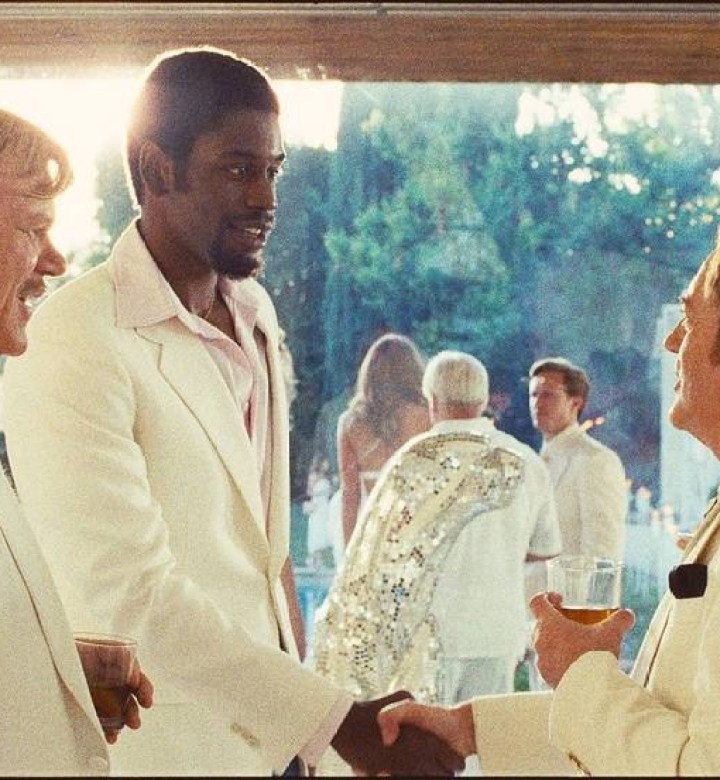 At their hotel room, Magic's dad thinks that he's being stupid with the deal, emphasizing just how much money $400k is. Magic knows that he's worth more given the fact that Larry Bird was just given $600k to play for the Celtics. The two reminisce on all of the work that's taken them to get to this place, both on Magic's end and on his father's.

Johnson is invited to a white-themed party that's filled with tons of people in the basketball industry. Buss walks around with Magic, introducing him to various people, including Don Sterling (the "second worst Donald of the '80s"), played by Kirk Bovill. Johnson eventually meets Nixon, who still has his reservations about his potential new replacement, and the two of them end up outside on the basketball court together as quite a crowd gathers. At first, they're just casually shooting hoops and talking, but it eventually becomes a one-on-one match between the two.

Nixon makes quick work of Johnson, who has a tough time keeping up with the veteran point guard. At one point, Johnson even ends up face down on the ground, making himself feel profoundly stupid as he's supposed to be coming onto the Lakers as this unstoppable force. Kneeling down next to him, Nixon advises him to go back to college as he's not ready for the NBA.

Reflecting afterward on his performance at the white party one-on-one, Johnson speaks to his dad and tells him that he's leaning towards going back to college because the hype is getting to be too much. His father fully supports his son in whatever he chooses to do; it's a sweet, quiet moment as Johnson's father tells him that he loves him regardless. 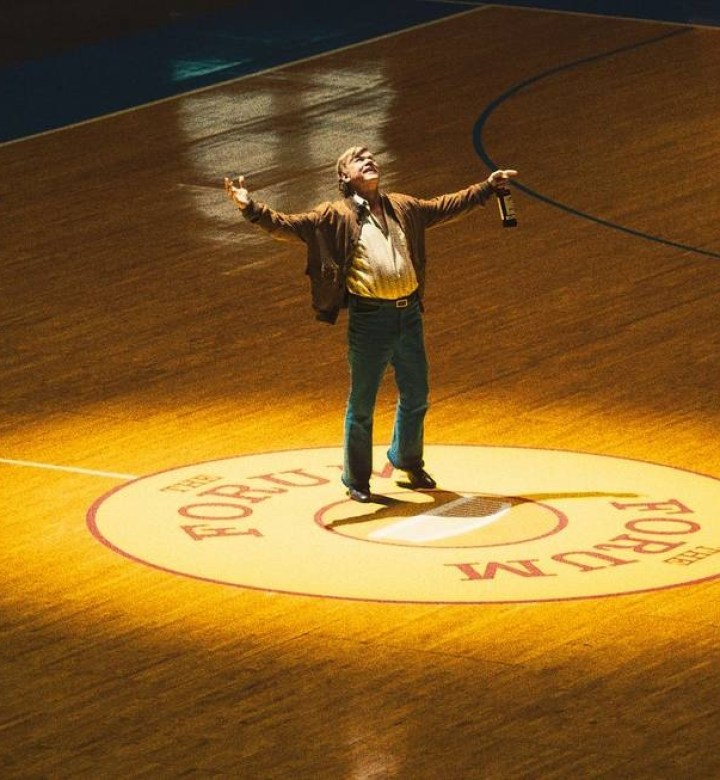 Buss is still trying to solve his financial situation, so he finally resorts to calling his ex-wife to loan him the remainder of the money to pay for the team. Though unhappy about the prospect of this, she forks over the money, and Buss heads to Cooke to hand it off via check.

Before this, Claire Rothman (Gaby Hoffmann), who does administrative work for the Lakers, lets Buss know that Cooke is thinking about asking for the entire sum of money in cash.

At his lavish home fit with literal swans, Cooke tells Buss that he could technically demand that he pays it in cash, knowing that Buss wouldn't be able to afford it that way. Buss has a great comeback, explaining how nobody else would want the franchise and that it would take quite a while to find another buyer. With that, Cooke takes the check, and Buss officially acquires the Lakers.

Johnson heads to Buss's office to break the news to him, and though he understands, things seem a bit fishy when he offers to walk Johnson out of the building and ends up getting lost. He excuses himself to find someone who knows the way out, conveniently leaving Johnson to roam the memorabilia-filled hallways. He keeps walking around, eventually finding himself in the famed Lakers locker room, where he discovers his own locker, which has his name written atop it in Sharpie on a strip of masking tape; below it hangs his jersey: number 32.

By the end of the episode, it's finally the draft day, and the Lakers officially have Johnson sign on with the team for $500k. It's a day of celebration for mostly everyone—except for Cooke, who decides to throw his MVP trophy through his office window. Buss celebrates by having quite a few swigs of alcohol in the middle of the arena by himself, eventually lying down in the middle of the court. "I own this," he proudly says to himself.