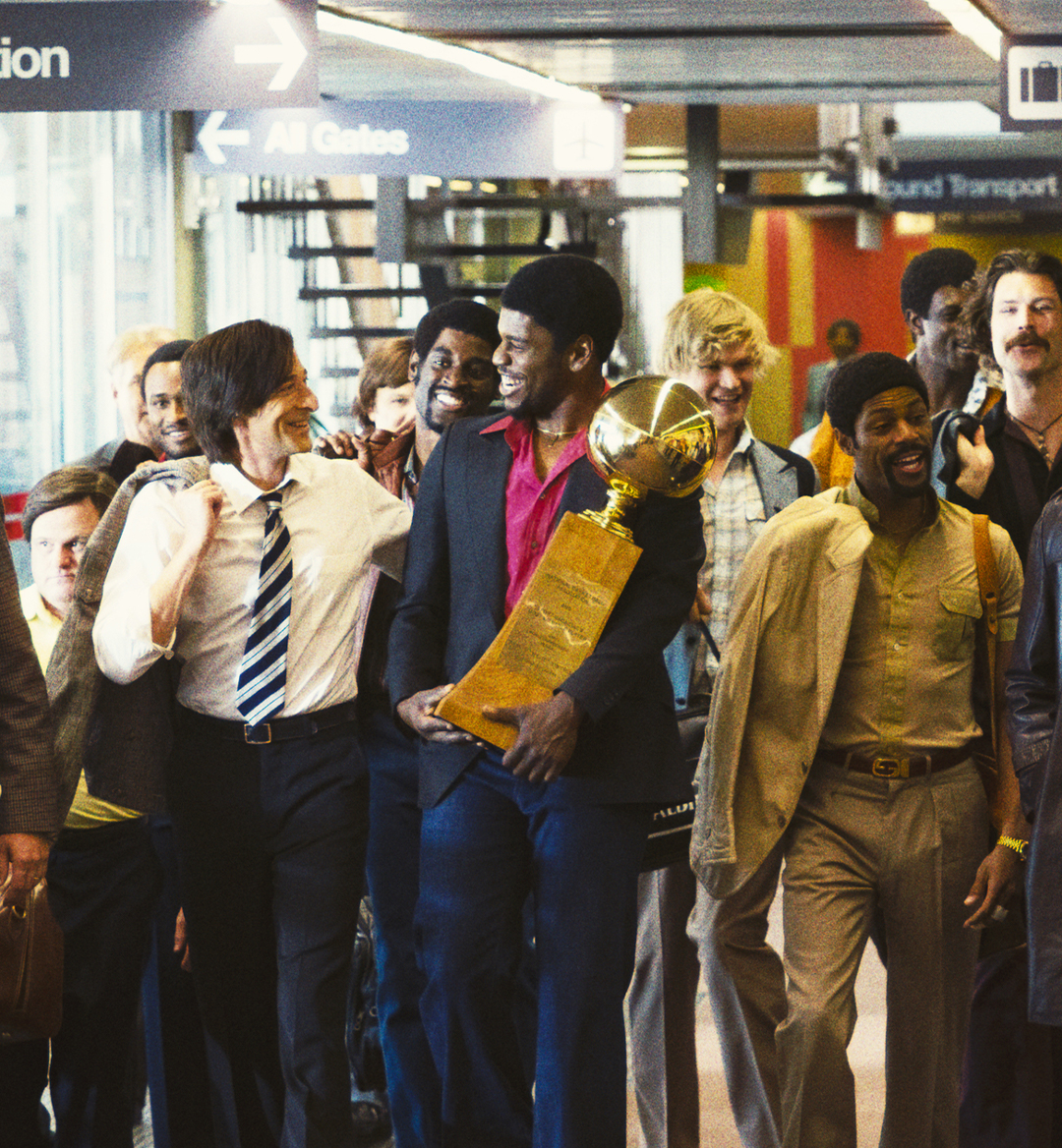 With the coaching situation finally ironed out by the end of last week's episode of Winning Time, we're dropped right in the middle of the NBA Championships for the final episode of the series. And for the most part, the bulk of the episode focuses on the actual gameplay of their last two games, ending in a massive victory for the Lakers. 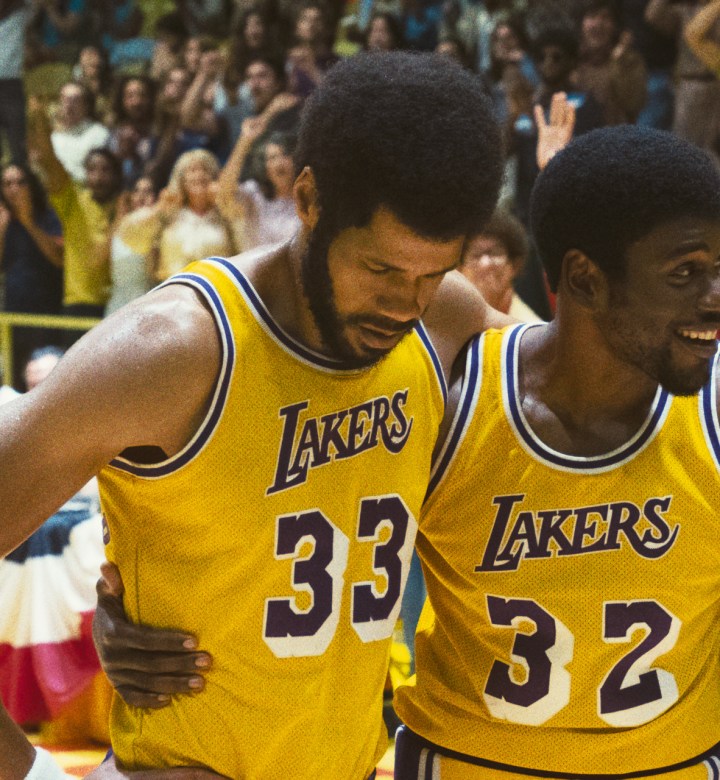 Magic Johnson and Kareem Abdul-Jabbar's relationship has mostly been a downhill rollercoaster in Winning Time, though recently we've seen it take a bit of an upturn. In the last episode, it felt like the two of them finally came to understand one another, with that understanding pouring over into the finale.

It was a short pour.

After Abdul-Jabbar suffered a rough ankle injury during Game five, he played through it, but there was no way he was going to pull off a Game six. Though he helped Abdul-Jabbar walk off the court afterward, he stabbed him in the back once they sealed the championship trophy.

There are two heartbreaking moments in this final episode—both are snubs. The first one? Kareem Abdul-Jabbar.

Though he wasn't able to play in the last game of the season, Abdul-Jabbar was instrumental in getting them to that place, which is why he was originally given the Finals MVP Award. He received a call after the game notifying him of this, as he would later be calling in live to accept his award.

That's because, at the last minute, Magic Johnson was scooped up by the magazine giving out the award—and it only took a tiny bit of convincing. He seemed skeptical of the offer, as he knew Abdul-Jabbar was set to be the MVP, but ultimately decided to go ahead and accept it anyways.

Abdul-Jabbar never received the courtesy of being told about this change, which meant that he saw it all unfold live on television. That shot of him taking it all in from his couch hurt. If it weren't bad enough that he couldn't play in the first place, the honor that he deserved was taken away by the man he was just starting to like.

Maybe Abdul-Jabbar was right about who Magic was from the beginning.

Are You Happy, Jerry Buss? 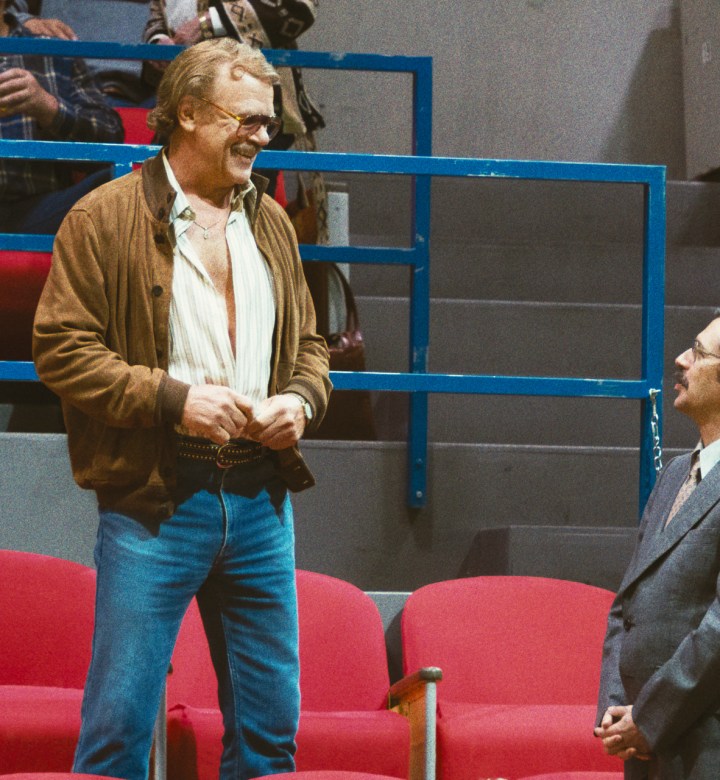 This is his big moment; all of the hard work came down to this. They won—they actually won. But when Jerry Buss makes his way to the microphone to give a celebratory speech in front of the press, it's like his mind is on a completely different planet.

"Well, you've been an NBA owner all of one year, already you're a champion," a reporter says to him. "You must be on top of the world."

Waiting for a statement from Buss, it feels like an eternity passes. Surely, he should be jumping all around and celebrating this monumental victory, though he's barely able to muster up a few unoriginal sentences about the win. After spending $80 million, is winning all it's cracked up to be for this one moment?

Or perhaps something else might be on his mind, something closer to home. Now, I had mentioned before that there were two major heartbreaks in this episode, so here's the second and final one: Jeanie Buss.

Being that his mother, Jessie, was the treasurer of the Lakers, there's now an open spot as she passed away in the previous episode. Buss approaches his daughter, Jeanie, about this open role, leading us to believe that he's finally going to give her the respect that she deserves after all she has done for the Lakers and for him. However, he instead asks her to choose which one of her brothers he should pick to be Jessie's successor.

Now that's a slap in the face.

To make things worse, he brings his sons out to the championship game, leaving Jeanie behind to sift through her grandmother's belongings since Buss can't seem to get around to it.

Maybe it was the championship win that changed his mind, but for some reason, he decided to do the (kind-of) right thing and make Claire Rothman the new treasurer and vice president of the Lakers, which she's more than deserving of. Still, what about our girl, Jeanie?

Final Thoughts on the Series

As a whole, Winning Time was a solid show. I'm sort of bummed that they didn't fully keep up with the mockumentary style, as the characters stopped relying on breaking the fourth wall as much in the second or third episode. With that, the series just wasn't as inventive as it could've been, though I could tell that they tried very hard to make this show accessible to people who knew nothing about the basketball scene in the 1980s—and they succeeded in that.

However, many of the people portrayed in Winning Time either weren't too happy with how they were coming off or claimed that there were tons of inaccuracies, including Magic Johnson, Kareem Abdul-Jabbar, Jeanie Buss, and Claire Rothman. The loudest of the bunch, however, was Jerry West, who was extremely upset by how he was portrayed in the series (like a whiny, angry maniac). West even went so far as to demand retractions from executive producer, Adam McKay, and doesn't seem to be giving up on the legal side of things with regard to his portrayal.

Perhaps it's because the series was renewed for a second season, but a few storylines were brought up and felt a bit forgotten about, like Spencer Haywood's plot as well as Jeanie Buss'. We technically got a conclusion with Haywood as Abdul-Jabbar came over to his house at the end of the finale and talked a bit of sense into him, but this storyline was one that they could've definitely spent some more time mapping out.

The same goes for Jeanie Buss, as she was sprinkled in throughout the 10 episodes yet was never given as much of a spotlight as she deserved. Especially in the last few episodes, Jeanie was both trying to care for her grandmother, be there for her father, and move ahead in her career, yet when we finally got to the finale, her future wasn't really addressed.

Yes, Claire Rothman—after being given the role of treasurer and vice president—basically told her that she (Jeanie) would eventually be running things, but we still don't know how exactly Rothman is going to pull that off, or if Jerry Buss will ever take her seriously.

On top of that, part of me wished that they would've tied it all back to the beginning scene of the first episode when Magic finds out about his HIV diagnosis, but I'm assuming that the next season will touch more on that.