"Winning Time" Recap: 'Is That All There Is?' 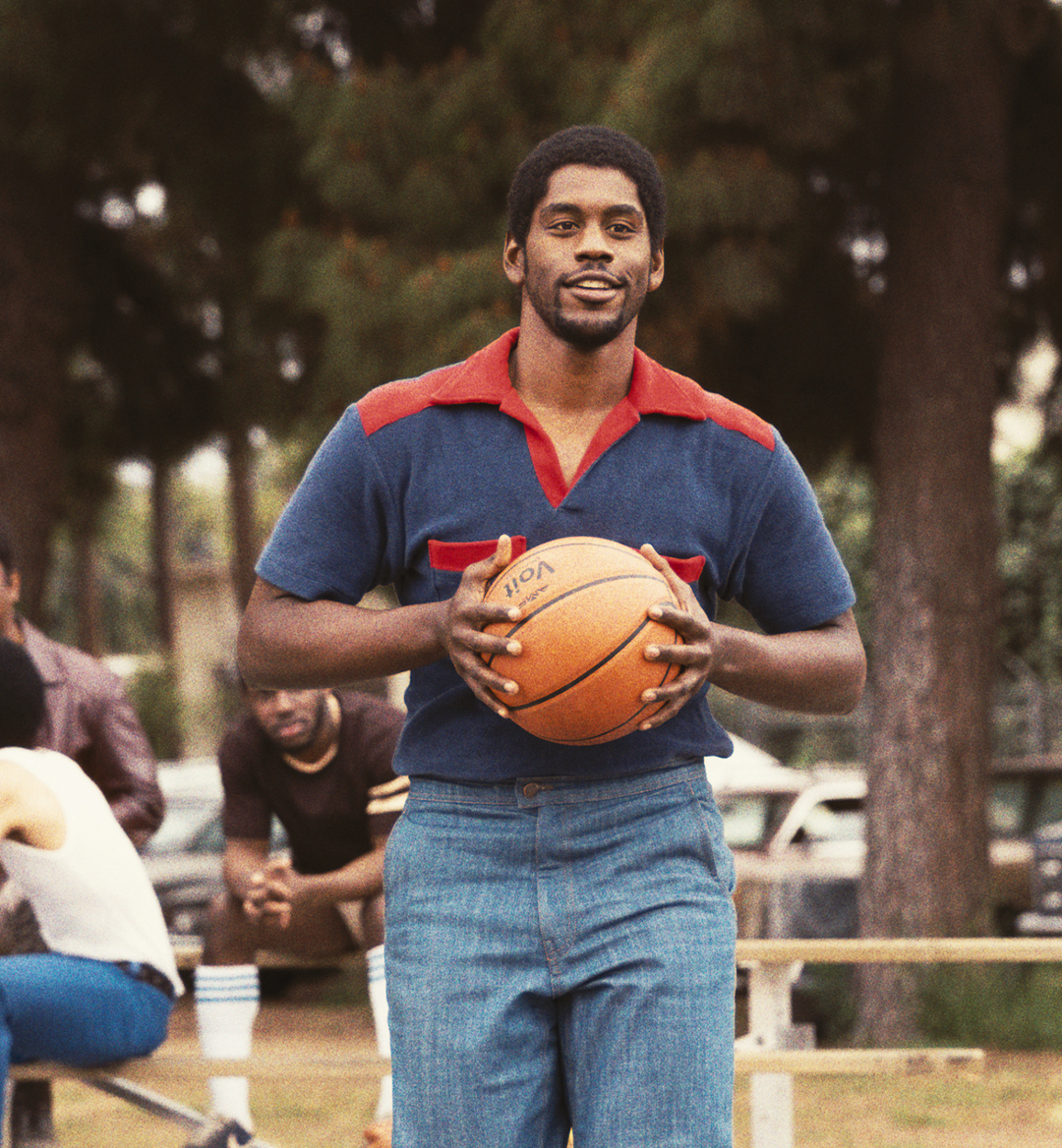 A single piece of confetti. A dead fly. Some strands of hair.

The second episode of Winning Time throws us back even further—this time to 1972 as the Lakers win the NBA championship and Jerry West finally gets to take home a trophy. Though just a few hours after that monumental win, he's drinking alone at a bar, unhappy with himself.

Not realizing that he's at the repast of a funeral, he strikes up a conversation with a random woman whom he ends up sleeping with almost immediately. Unaware of who he is or what he just accomplished that night, she finds a piece of confetti in his hair. Staring at it for a while, he drops it to the dirty hotel room carpet, where it ends up resting alongside a dead fly and some hair—which just about sums up what that win meant to him. 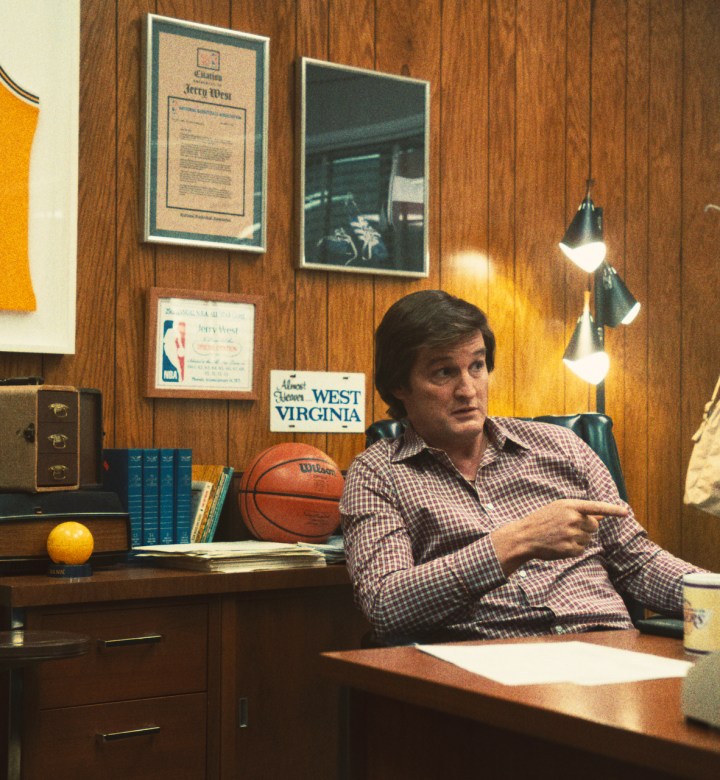 As we return to 1979, owner Jerry Buss is trying to figure out what's going on in Coach West's head. As West complains about not having been able to craft a team capable of winning in the past few years, Buss finally gives him an open door, allowing him to have complete control over who's on the team.

With no constraints on money, West now has to figure out exactly what this new team structure will look like. Buss then attends a shindig for a bunch of the other NBA team owners and has a quick chat with the most famous (and rude) of them all: Boston Celtics general manager and legendary coach, Red Auerbach.

We cut back to Lansing, Michigan, where Magic Johnson celebrates with his family and friends, except his mother is still unhappy that he's moving on without finishing college. In an effort to win her over, he decides to buy her a new bathtub, though she sees right through his plan.

Apparently, West has been holed up in his room for days, wracking his brain around what he should do about the team. Bill Sharman (Brett Cullen) finally shows up and has to come in through the window to talk to West, who's lying on the floor. He's able to talk some sense into him and releases him of the vision that Magic has to be the point guard—he can put Magic anywhere; after all, he is the coach.

At the Lakers' office, Buss' daughter, Jeanie, (who also works in the office as an assistant) has accidentally let Frank Mariani take over 20 years worth of budget documents from the office, which greatly upsets Claire Rothman. Promptly after this, Rothman marches over to Buss to address the budgets, and he eventually asks her to take on more responsibilities by trying to book the arena (The Forum) every day of the year. Later on, Rothman hosts a pitch meeting to figure out different ways to bring in revenue. Still, when Jeanie offers up a good suggestion, she's shot down by Rothman as punishment for letting the budget documents be taken.

After his meeting with Rothman, Buss brings the documents to his mother, Jessie (Sally Field), who works as an accountant. Though fairly unhinged in her personality, she's not happy with the documents and thinks that her son is in over his head. 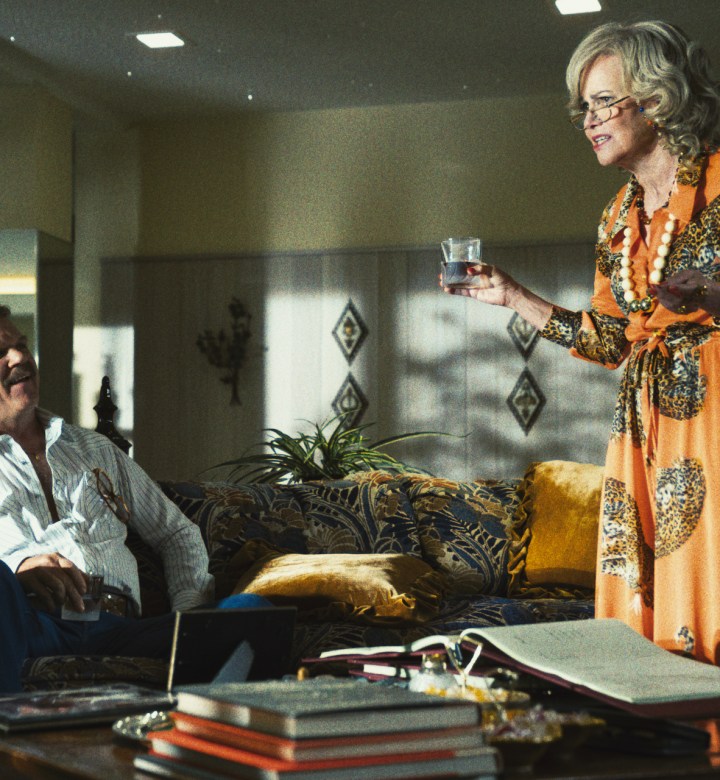 West takes off to visit a few of the other players separately—Norm Nixon and Kareem Abdul-Jabbar—to let them know about his plans with Magic. On the other end of things, Buss meets Auerbach at a restaurant and asks him for advice about starting a basketball dynasty. He basically laughs him off, insults Buss' experience, and then gets angry with him about having even asked him for advice at all.

At the same time as all of this, Magic is experiencing some personal troubles of his own. His ex-girlfriend, Cookie (Tamera Tomakili), is currently dating someone else—and that's on top of the issues he's already having with his mother. He visits Cookie at the shoe store she's working at and tries to convince her to leave her new boyfriend, Brian (Carter Redwood), but it's no use. Later on, Magic pulls up to a pick-up basketball game that Brian's playing in and decides to join in just to show him up in front of Cookie. Though angry at first at the terrible things that he was saying and doing to Brian, the performance ended up winning her over, as the two met up later on and seemed to reconcile.

As West decides to glue back the MVP trophy that he threw out his office window, we end this week's episode in the same place where we finished the last: in the middle of the court at The Forum. Except that this time, Auerbach joins him in the middle (apparently, the arena has bad security), and he alludes again to the fact that Buss has no chance at creating a dynasty. In response, Buss tells him that he'll cut his (Auerbach's) heart out and beat him with it, "this year, next year—every other year. And every other you. Until nobody even remembers Boston or the Celtics or the great Red Auerbach won a God damned thing."

However—that's not exactly the entire ending. We quickly cut back to the office, where Buss gathers everyone for a bit of a pep talk about how they're all collectively going to create one of the greatest basketball dynasties. And with that, West tenders his resignation letter.