"Winning Time" Recap: 'The Best Is Yet to Come' 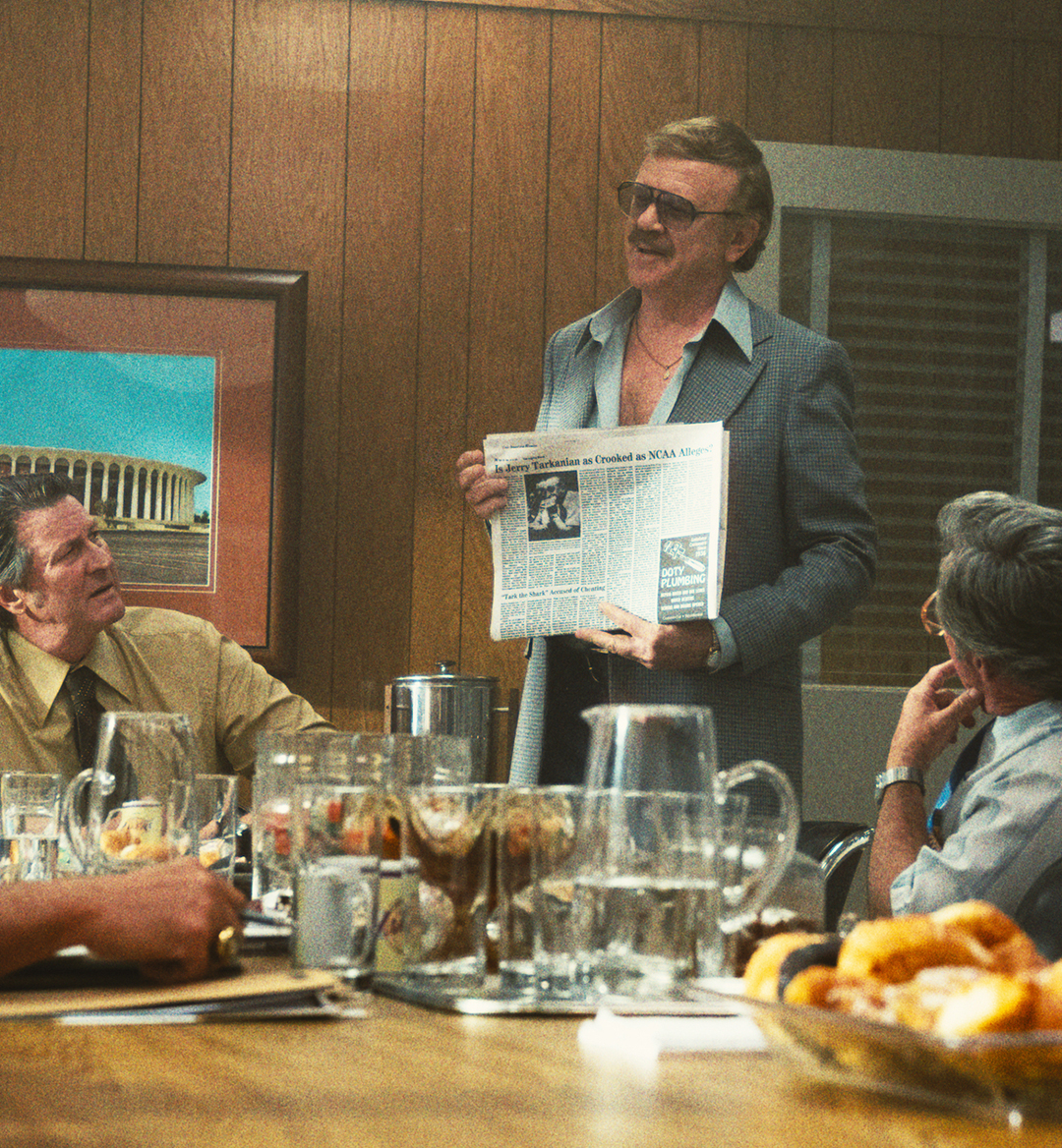 As last week's episode left things off on a bit of a mic drop moment with Jerry West's resignation from his position as coach for the Lakers, we're now thrown into the after-effects.

As Jerry Buss screams at West for abandoning the team just a few weeks before training, all the screaming in the world seems to be no match for West's determination to leave the team. He just doesn't feel he's suited to lead the Lakers in the direction that Buss is looking for, and with that, Buss needs to set out and find a new coach—and fast.

In Lansing, Michigan, Magic Johnson is finally packing up for Los Angeles. Though his mother is still upset that he's leaving, she makes him promise to never forget where he came from. "Couldn't forget if I tried, Mama," Johnson says.

We switch gears over to Patrick James Riley (Adrien Brody), a former NBA shooting guard and champion, who's trying to get into the Forum to speak with the Lakers about a job opportunity. Also in the office, Buss has his eyes on the University of Nevada, Las Vegas coach, Jerry Tarkanian (Rory Cochrane), though his other colleagues feel that Tarkanian doesn't have a good enough reputation to be the coach. 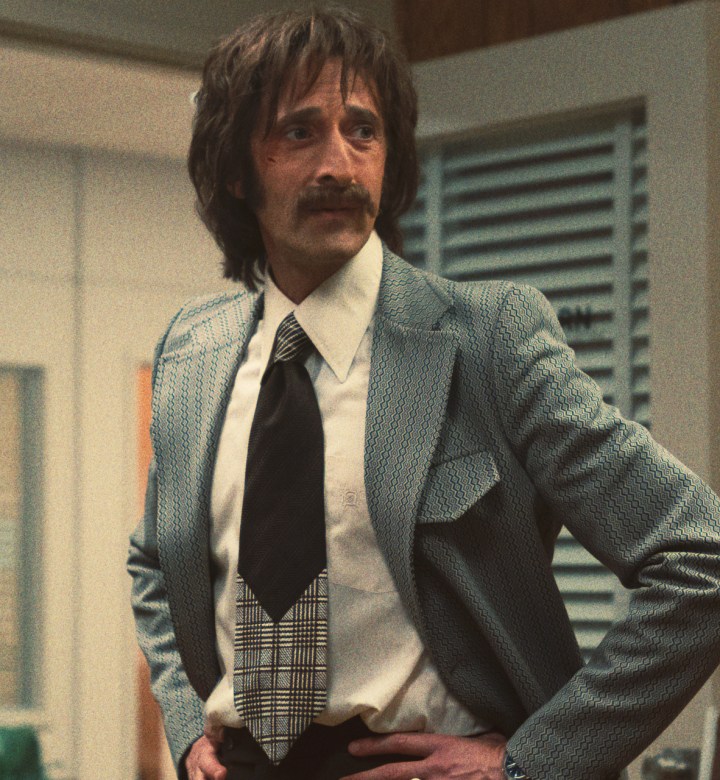 Johnson arrives in Los Angeles and hangs out with Norm Nixon, who decides to help Magic update his style, as his "lapels look like pelican wings." While out shopping, Nixon makes Magic question whether or not he'll be the starting point guard, which Buss has all but promised him at this point.

Riley wants to get back into basketball as he doesn't have much going on in his life anymore—that is, except for playing pick-up basketball with his friends and barging in on his wife's therapy appointments. He finally gets a quick meeting with Chick Hearn (Spencer Garrett), where he asks to be considered for a broadcast commentating role. Riley is immediately shot down, as Hearn feels that his voice is too "fruity" for broadcast, though he agrees to keep an open mind.

A close friend of Tarkanian's, Vic Weiss (Danny Burstein) goes to chat with him, though he's very opposed to the idea of being the Lakers' head coach. With that information, Buss decides to head out last minute to Las Vegas in order to try and change his mind.

Jack McKinney (Tracy Letts), the assistant coach in Portland, was brought down to Los Angeles for a meeting about possibly being the head coach. He runs into West, who's packing up his things in the office. Upon hearing this information, West is extremely opposed to McKinney joining the team as he's not even a head coach.

Nixon and Johnson head over to a movie premiere, which is a completely new experience for Magic as he's never walked a red carpet before. He meets a man named Zastro who's a big fan and tells him about an after-hours gambling/dance party that he hosts. Johnson takes him up on his offer and makes it over to the after-party. Even though he had a great time, Johnson seemed a bit sad and detached afterward and ended up talking to his family on the phone.

West watches game footage of Portland with McKinney as their assistant coach and feels that he might actually be a good choice for the team. Riley quickly stops by West's office and the two end up reminiscing about their lives both during and after basketball. 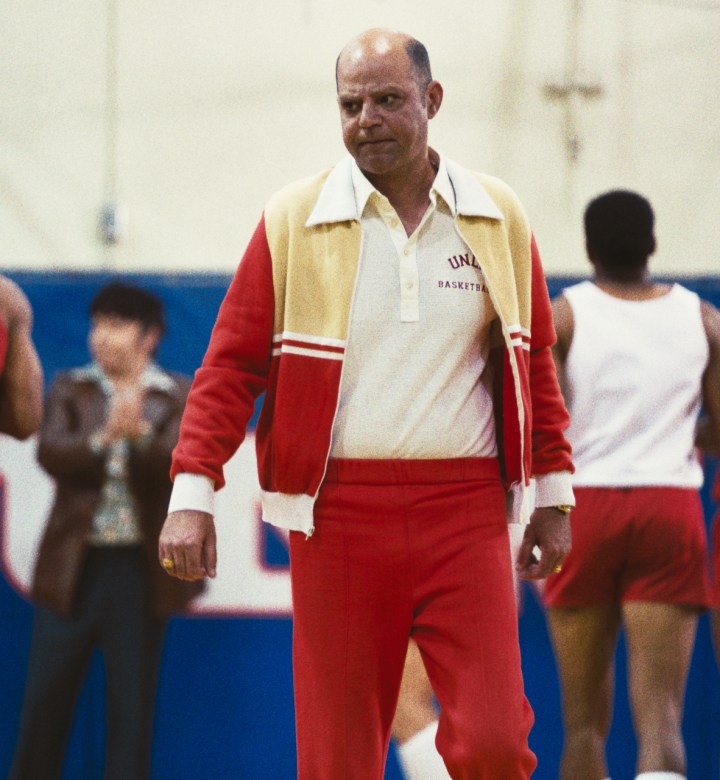 In Las Vegas, Buss shows up unannounced to the restaurant where Tarkanian is and ends up having dinner with him, Frank Mariani, and Weiss. They're all trying to convince Tarkanian to join the Lakers as head coach, though he's not budging on his thoughts. Tarkanian basically calls Buss a fraud by commenting on how Buss spends an inordinate amount of time combing over his hair to give a false appearance. "I'm a college coach. That's what I am," Tarkanian finally says.

Buss offers him $750,000 per year to coach for the Lakers along with a couple of Rolls-Royces. It finally seems like they have a deal, but when a group of mafia guys starts to make a racket at a nearby table, it sends things in a different direction for reasons that Buss doesn't understand.

In Los Angeles, Riley finally decides to get rid of the ivy that his wife wanted him to remove from the house, though he goes a bit too hard with the chainsaw and ends up cutting part of his leg and destroying a good portion of the house. It was more so in a sense of frustration for the situation he's in following his basketball career.

Johnson calls Cookie to talk about the scene in LA, more specifically about how he feels like a small fish as everyone else has side careers and all he has is basketball, which hasn't even started yet. He seems a bit lost, just lying around in his bed and thinking about the decision he made to play basketball in LA.

At the office, West talks to Bill Sharman (Brett Cullen) about how McKinney would work out well for the Lakers; he was able to turn around the entire Portland team just as the assistant coach. Buss arrives in the middle of this conversation, telling West and Sharman that he secured Tarkanian, who's currently driving up to meet with Buss.

Weiss has been missing for a short bit of time, which Tarkanian attributes to him probably having had slept in the office. However, Rose (Weiss' wife) calls Tarkanian to tell him that the police have found Weiss, who had been murdered and stuffed into the back of his car (in relation to mob ties). And to make things even more insane, stuck on Weiss' face is Jerry Buss' business card.