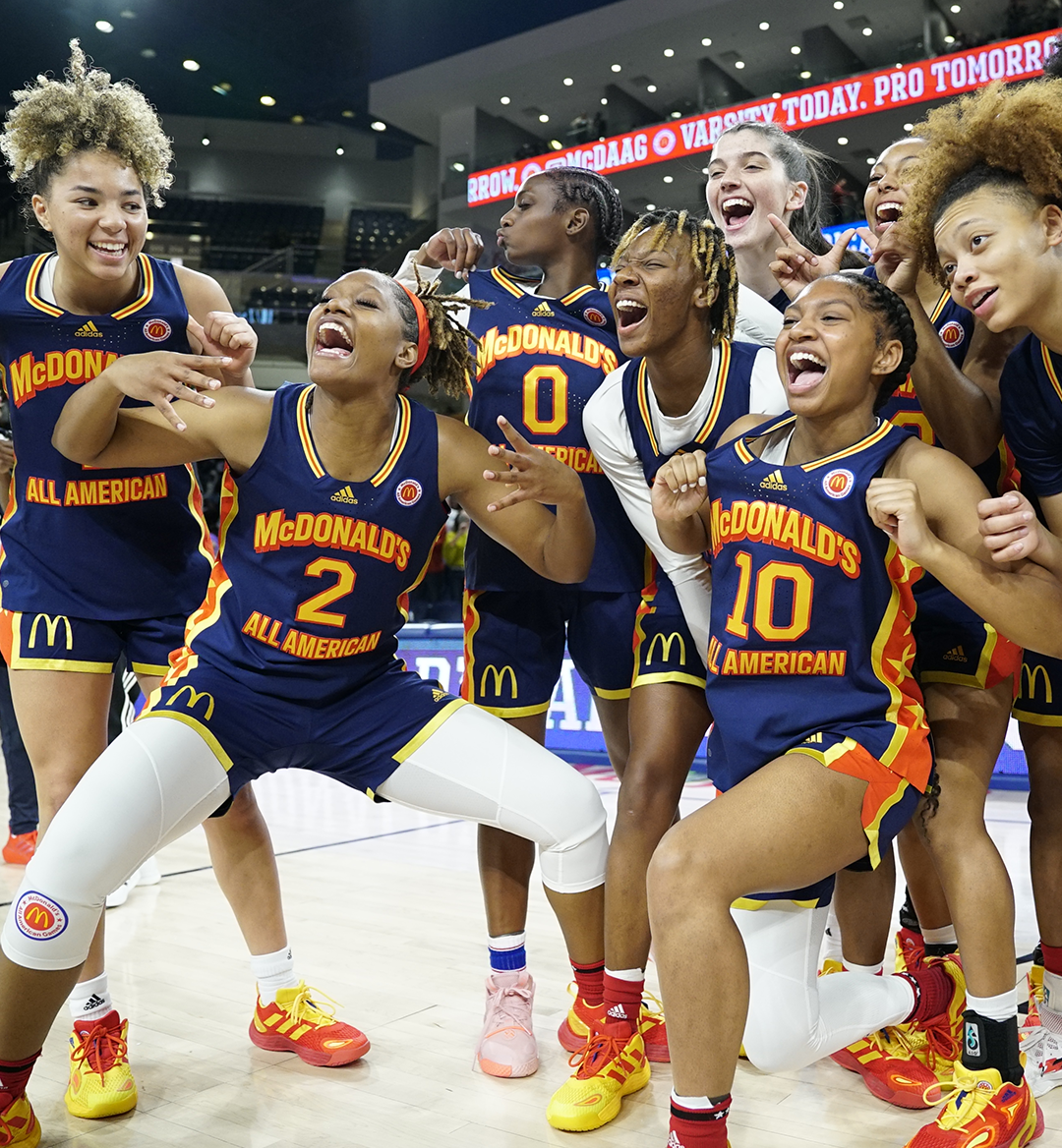 On Tuesday, March 29th, the future of women's basketball took the floor in an exhibition to showcase the top talent in the class of 2022. This was one of the most well-rounded groups of McDonald’s All-American we’ve seen in recent years and the box score backed that up. The East team was able to get out to an early lead and never looked back, beating the West team 95-75. There was plenty of action and highlights so here are the best moments from the game. 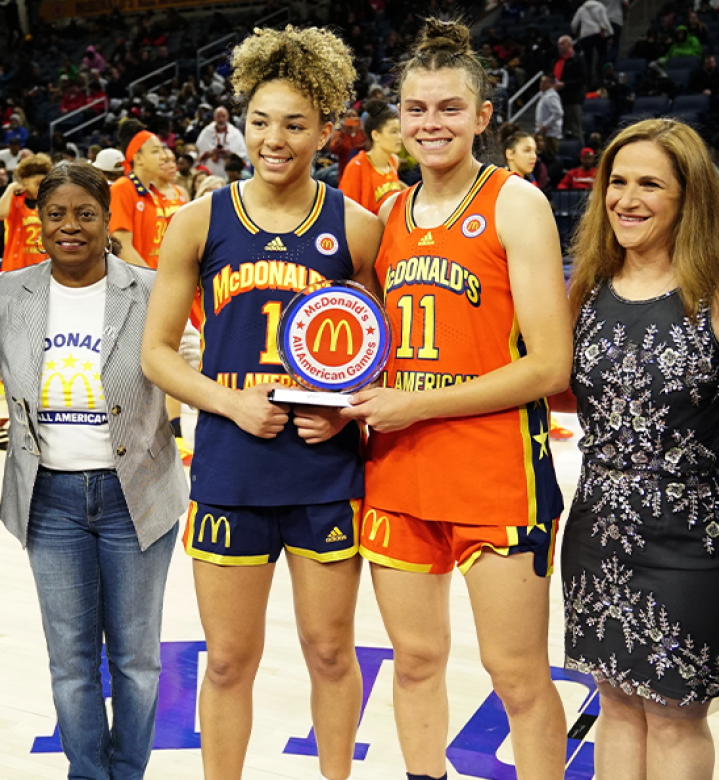 There were a number of stand-out performances, but no two players had a more stellar night than future UCLA teammates Gabriela Jaquez and Kiki Rice. Jaquez was constantly racking up rebounds and nearly secured a double-double with 9 rebounds. She also led the West in scoring, knocking down two threes en-route to a 17 point performance. Kiki Rice was able to put in 17 points as well, but did it with cunning efficiency shooting 70% from the field. It looked like there were five Kiki Rice’s on the floor at one point as she did everything from facilitating teammates to grabbing boards. Both women expressed their deep gratitude for being selected as McDonald’s All-Americans after the game, a true showing of the maturity these athletes possess at such a young age. The Bruins have a very bright future ahead of them.

Without a doubt the best defensive performance of the night was future Gamecock Ashlyn Watkins. The winner of the previous night's dunk contest, Watkins was a force to be reckoned with in the paint. She constantly was challenging driving opponents which resulted in 3 blocks and was active on the board grabbing six rebounds. South Carolina is getting a fierce defender in Watkins and the SEC will find that out soon.

The breakout performance of the night goes to the #1 ranked guard in the class of 2022 and future Seminole Ta’Niya Latson. Latson is a quick guard who finds great success at the rim. Tonight she was able to expand her range and knock down two threes. Of her fifteen points, Latson shot 50% from the field, 67% from three, and didn’t miss a single shot from the free-throw line. Latson even tallied a block and did this all in only thirteen minutes.

Overall this was an incredible weekend for the future of women’s basketball. NCAA women’s basketball is getting one of its most outstanding classes next year, and it will only help grow the game. These girls have the potential to elevate women's basketball to a whole new level on a national scale and I am honored to get to witness their greatness in person.