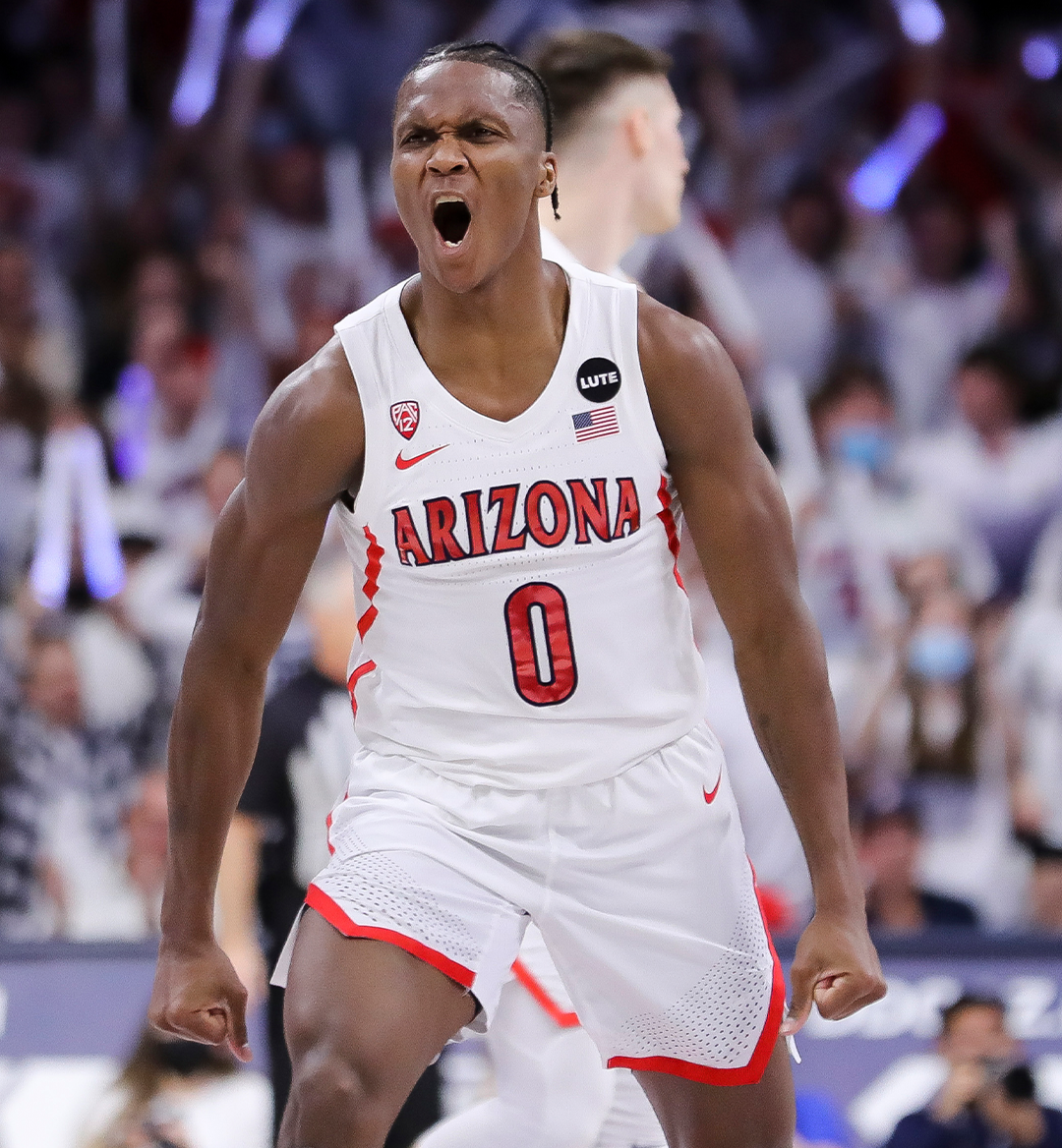 The surest way to grok the Arizona Wildcats’ dominance this year isn’t on an NBA Draft big board—although Arizona has at least two probable first round picks) Nor is it by scanning a KenPom or Bart Torvik statistical table—although Arizona has sparkling advanced metrics. Instead, you just have to watch them. Unbound from Sean Miller’s formally glum brand of basketball, Arizona has morphed into an uncharacteristically explosive team under first year coach Tommy Lloyd; the former Gonzaga consigliere has his team playing at the seventh-fastest tempo in the country as a key aspect of their offense, which also ranks seventh. Even if the whole enterprise feels somewhat precarious because of the team’s collective youthful insouciance, who cares? Disciplined, boring flex offenses are for teams who don’t have Kerr Kriisa or Bennedict Mathurin. During any Arizong game, the team's confidence is so potent and electric that it practically crackles in the air. The boys: they’re buzzing.

Offensively, Arizona plays with a sense of vectored momentum—they produce a ceaseless rimward surge. This season, Arizona combined to shoot 57.6 percent on two pointers, the fifth best mark of any team. Despite playing at a breakneck pace, Arizona isn’t an especially prolific three-point shooting team—Mathurin and Kriisa are the only two players to attempt more than 100 threes this season. Accordingly, Mathurin functions as their go-to scorer, since he's the only Wildcat who can steadily create his own offense on the perimeter. While Mathurin, a top eight prospect in next year’s draft, will probably not reprise this role in the NBA, he’s devastatingly effective in college. Averaging nearly 18 points per game, Mathurin combines an elegance of movement with a jolting athleticism; he glides through traffic with long, handsome strides and then decapitates a big man with a dunk. Against TCU in the second round of the Tournament, Mathurin pieced together the best performance that anybody has had all year; his game-tying pull-up three-pointer could become the defining moment of the tournament if Arizona wins it all.  Ask his teammates and they’ll tell you he’s the best player in the country. They’re probably right.

In the frontcourt, Arizona is the rare potent offense that opts to play two non-shooting big men together. Whereas Purdue (perhaps Arizona’s closest contemporary as a high-octane power-conference team) platoons their dominant bigs to get more shooters on the floor, the Wildcats let the 6’11 Azuolas Tubelis and 7’1 Christian Koloko share the court. The two big men’s subtle differences make them an ideal tag team to thrive in tight confines. Tubelis is a canny ball-handler who specializes in catching the ball in the negative spaces in the midrange that his guards create and then attacking the rim off a dribble or two; in essence, he’s Lloyd’s new version of Drew Timme. Conversely, Koloko is a massive, athletic center who declares dominion over the rim on both ends of the court—he led the Pac 12 in both dunks and blocks. Since Arizona lacks a true slashing threat outside of Mathurin, Tubelis and Koloko provide rim pressure for their guards by proxy; the mere suggestion of Tubelis or Koloko catching the ball on their way to the rim is enough to bend a defense out of shape.

In a purely empirical, standings-based sense, there’s no real difference between winning a game 85-80 or doing so 54-49. After all, a win is a win, or whatever it is that coaches say. As such, college basketball has been plagued by a kind of anti-basketball worldview, one where coaches win by making games as mucky and brutish as possible. And it works! Texas Tech, Arkansas, Houston, Villanova, Providence and Iowa State have ridden this gunky wave to the Sweet 16. Arizona is the antidote, the rare bright spot of beauty amidst a world of artless, results-focused cynics. Simply by loosening up, Arizona transformed last year's forgettable—and mostly forgotten—17-9 team last into a one-seed and Final Four contender, a 33-3 megalodan who made a power conference their own personal feeding tank. Just as Lloyd imported Gonzaga’s philosophy and fundamentally transformed the Wildcats, Arizona could serve as a blueprint for the rest of the sport. In this sense, Arizona is so special because they’ve become the best team in college basketball by actually playing the best basketball.