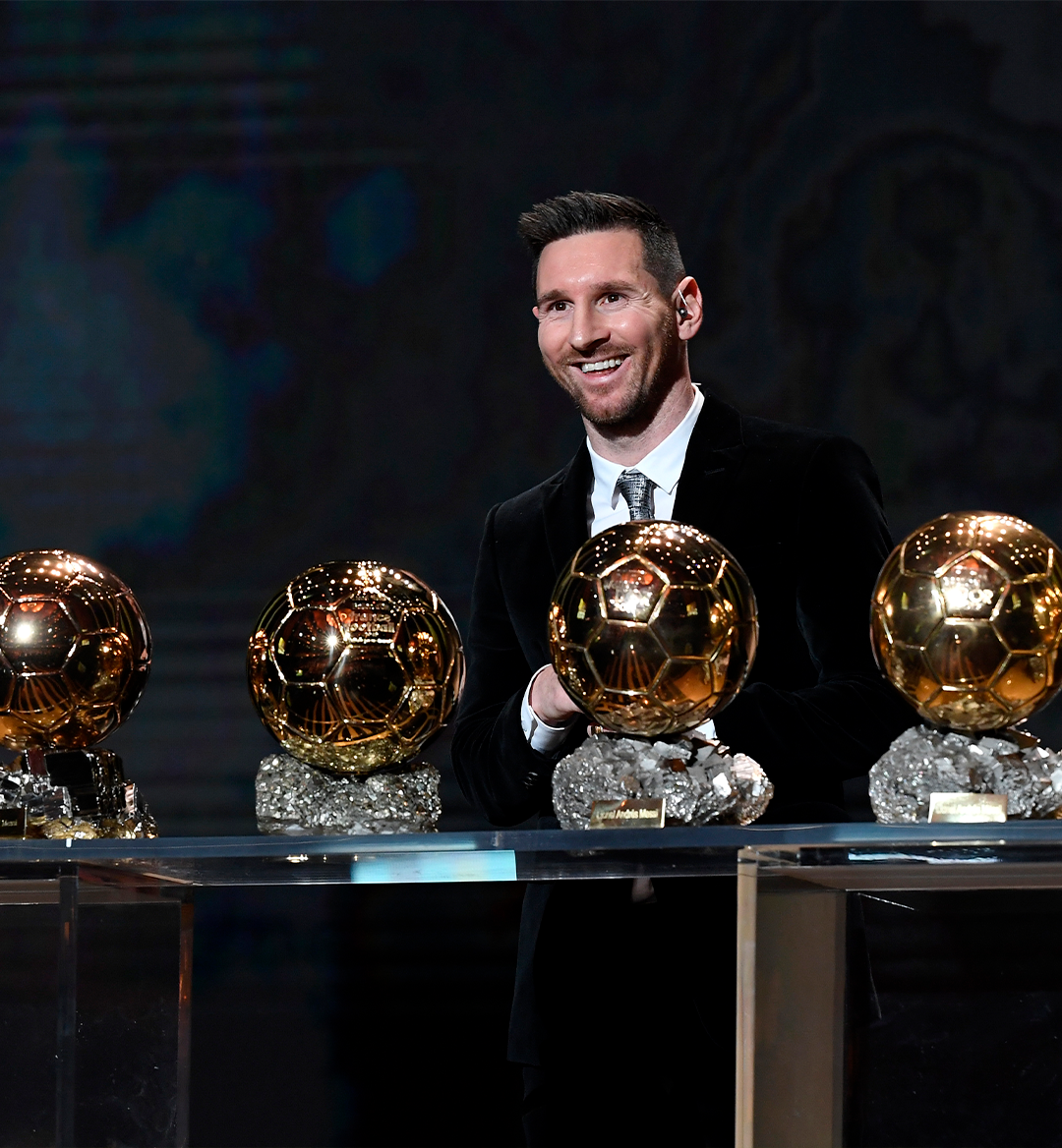 Ballon d'Or winners receive a different level of respect from those in the football world, and this year's award will soon be announced.

For players like Lionel Messi and Cristiano Ronaldo, Ballon d'Or titles have helped solidify their careers as two of the greatest players that have ever graced the pitch.

25 players have been lucky enough to be named Ballon d'Or winners throughout the years, including Eusebio, Ronaldinho, and Zinedine Zidane.

Today, we'll look at the players that boast the most Ballon d'Or wins and how the process works.

What is the Ballon d'Or?

Since 1956, the Ballon d'Or has been given out to the top men's player in football.

Stanley Matthews won the first-ever Ballon d'Or during his days with Blackpool, and since then, many other legends have taken home the honor. 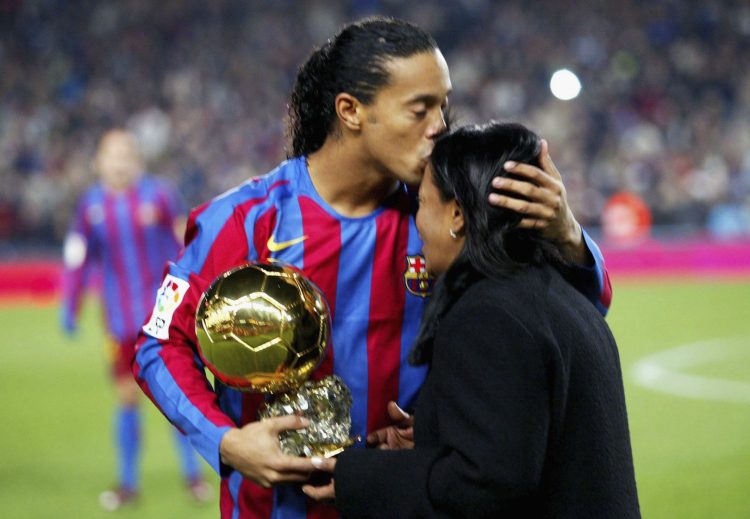 After merging with FIFA's World Player award, the Ballon d'Or become the biggest individual status symbol a player could win.

The award is now open to players competing on all continents. However, no player outside of European football has ever earned the accolade.

When is this year's Ballon d'Or?

The shortlist for the candidates eligible to win was announced in August, including Karim Benzema, Mohamed Salah, Kylian Mbappe, and Robert Lewandowski.

For the first time since 2005, Messi wasn't named to the shortlist.

Who has won the most Ballon d'Ors? 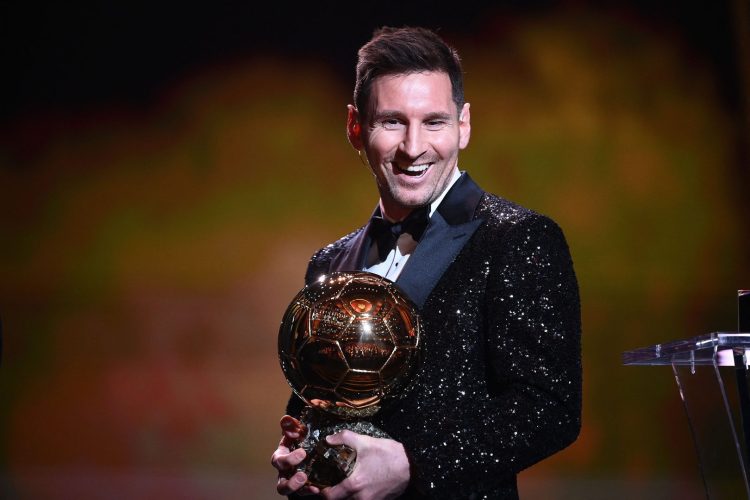 Messi has finished on the Ballon d'Or podium 13 times during his storied career. That includes seven victories, most notably during his incredible run of play from 2009 through 2019.

The Argentine has won almost every trophy imaginable, and this year, he'll look to win his first World Cup with his native country. 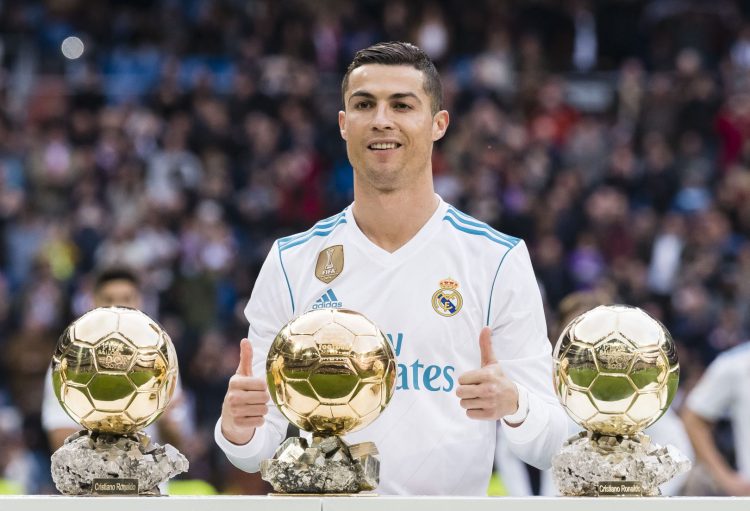 Ronaldo was dominant in La Liga and the UEFA Champions League during his time at Real Madrid. He even helped Portugal win Euro 2016 after winning the Champions League and the Club World Cup with Madrid. 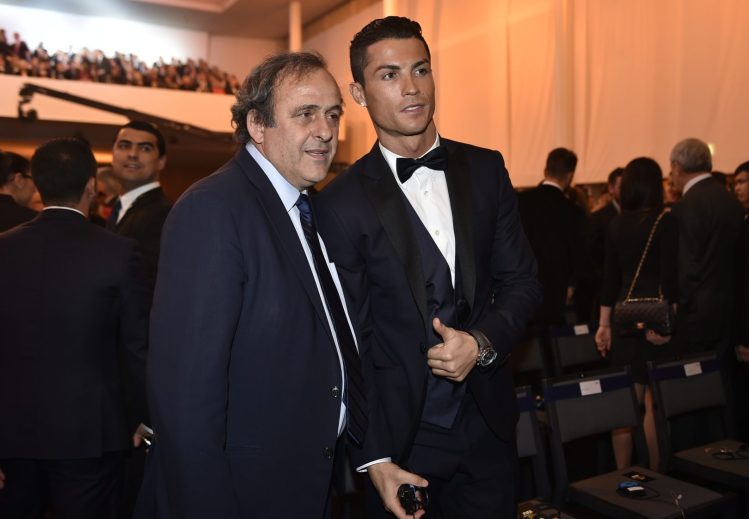 Platini is responsible for one of the greatest Euro performances of all time in the 1980s.

The Frenchman scored nine goals at the 1984 Euros, which still stands as the record for one competition. 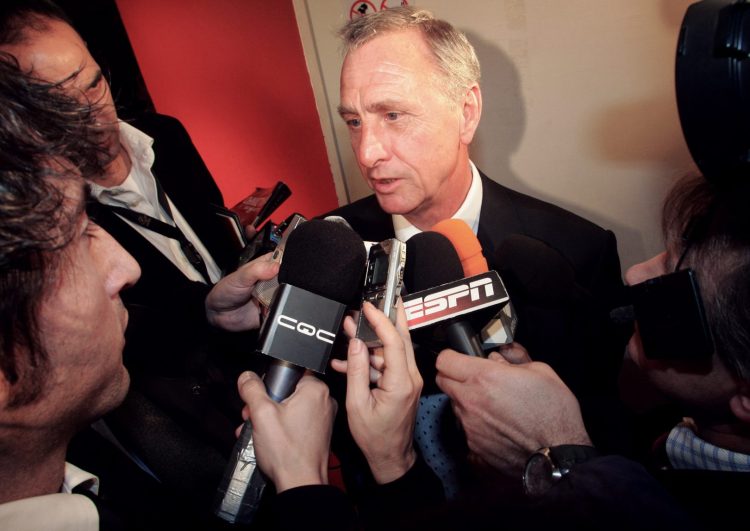 Cruyff was regarded as one of the great creators in Dutch football history.

He has the 'Cruyff Turn' aptly named after him, which was his patented move throughout his career.

The Dutchman starred at Ajax and Barcelona before eventually landing in the United States. 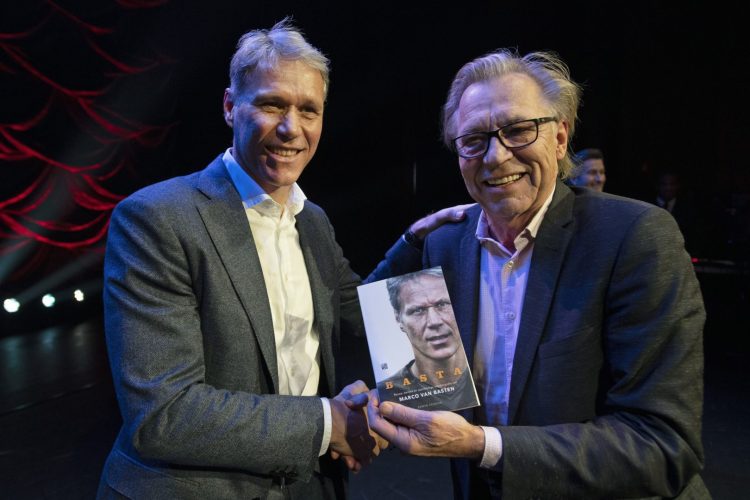 Van Basten is an Ajax and AC Milan legend after scoring over 200 combined goals for the clubs.

The Dutchman comes in a long line of accomplished goal scorers from the Netherlands. 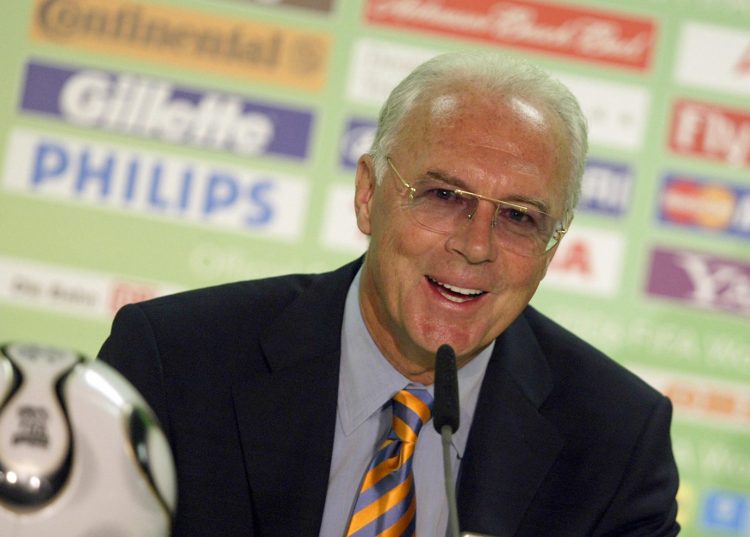 Beckenbauer is widely considered a top defender in football history and that's why he won the Ballon d'Or on multiple occasions.

It's rare for a center back to take home this type of honor.

However, Beckenbauer graced the pitch with Bayern for over a decade.

He also was capped for West Germany over 100 times and won the World Cup as both a player and manager. 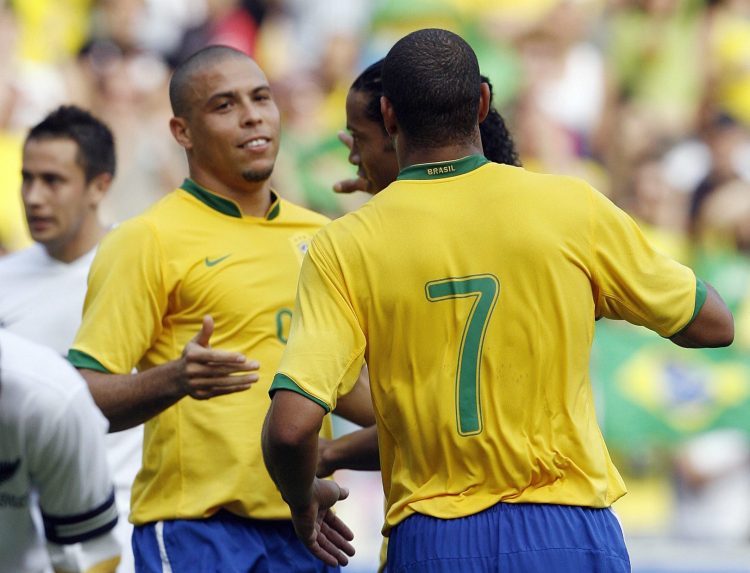 Ronaldo was an absolute menace in front of goal and finished his career as one of the great strikers in the sport's history.

He was an accomplished attacker for his native Brazil and won the 2002 World Cup with his country.

He starred for the biggest club's in Europe, including Barcelona and Real Madrid. 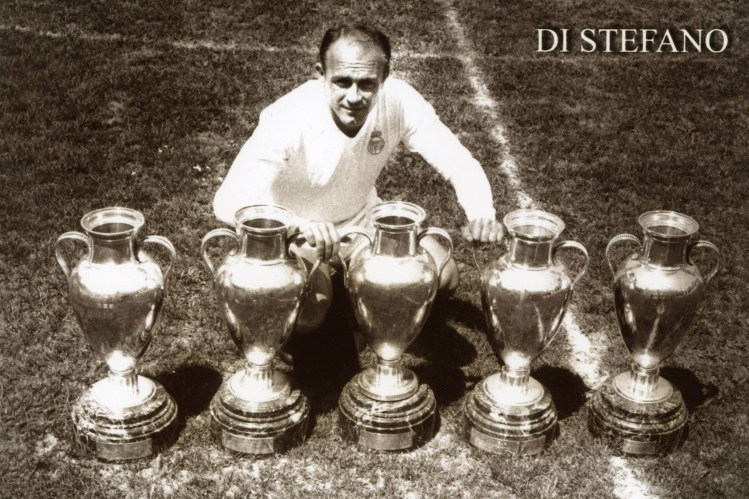 Di Stefano was an original Galactico for Madrid and set the tone for Madridistas of years to follow.

He totalled over 200 goals for Real during his time with the club, including 216 in La Liga.

The Argentine was a decorated champion with five European Cup trophies to his name as well.

Di Stefano actually played for three national teams during his career, including his native Argentina, Colombia and Spain. 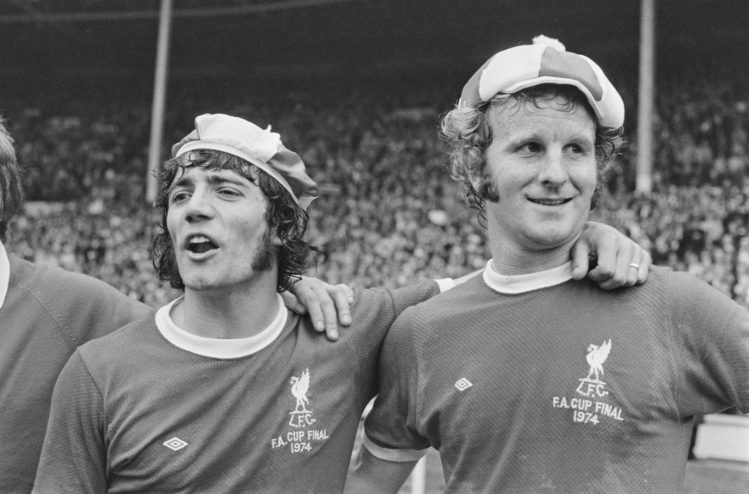 Keegan was a Liverpool and Newcastle great before eventually getting into the managerial side of the game.

He took home back-to-back Ballon d'Ors in 1978 and 1979 after tremendous success in the Bundesliga with Hamburg. 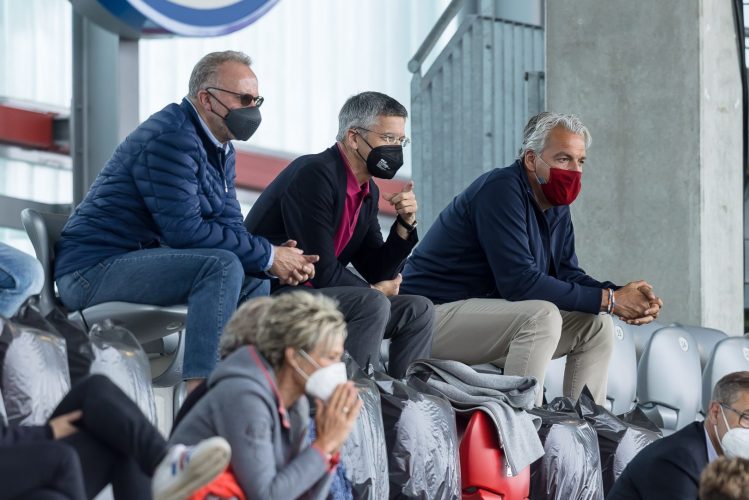 Rummenigge is currently an executive for Bayern Munich but his career as a player was quite decorated.

He spent years at Bayern as a goal scorer, as well as with Inter Milan and Servette.