Isiaih Mosley Is the Best Scorer in College Basketball 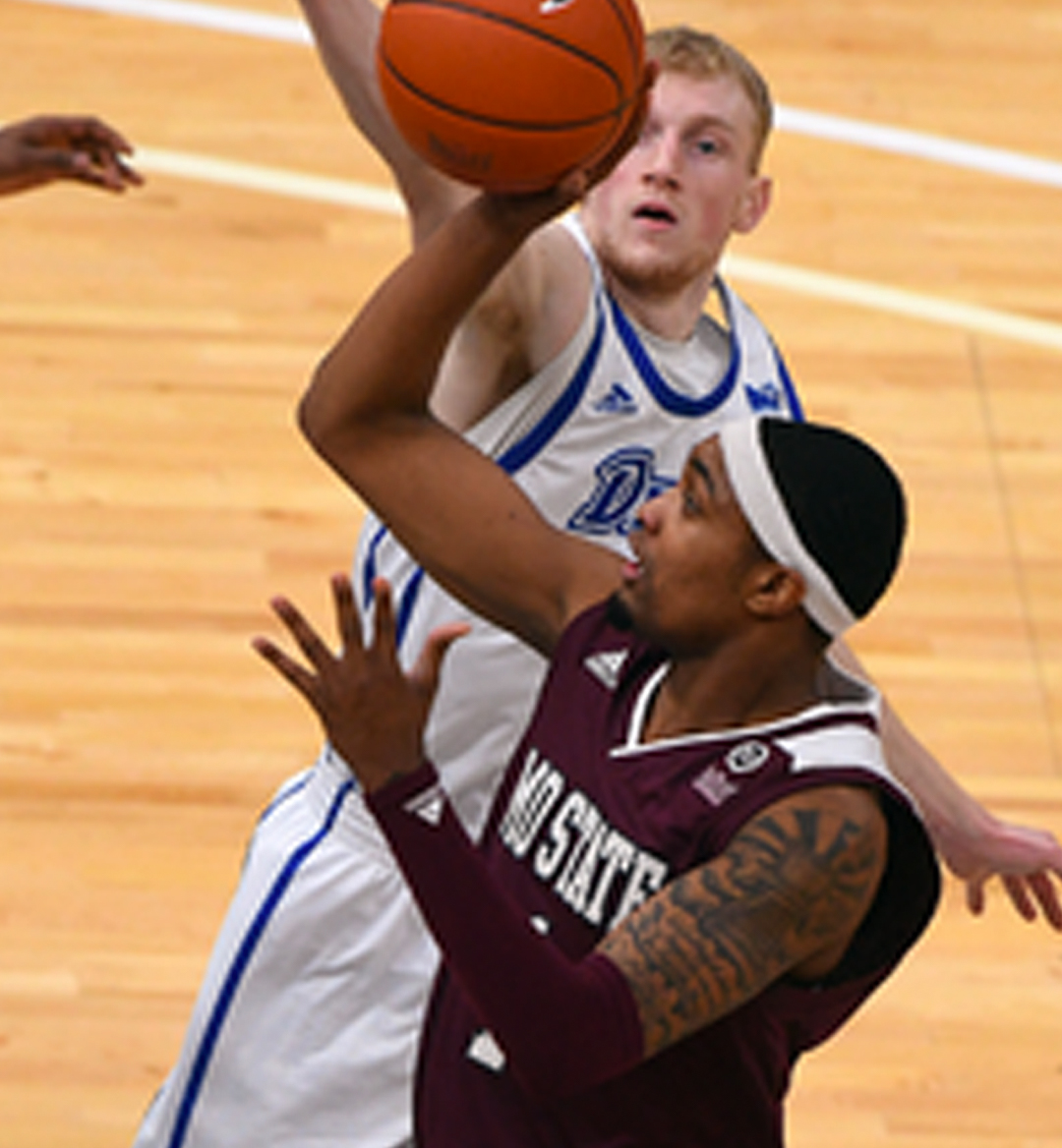 The beauty of college basketball is its bigness. Whereas the NBA is a highly scrutinized cabal of 30 organizations who are single-mindedly committed to optimizing their way to glory, college basketball decidedly is not that. Most of the 358 teams exist in relative obscurity—it’s ok if they get a little weird. Since almost no team really has the airtight personnel to play basketball the analytically “correct” way with a well-spaced offense and a switchable defense, teams are free to play basketball their way and creatively explore all the schematic studio space that the NBA has ignored. Here is a place where junky defenses like zones and presses can become impenetrable fortresses of solitude, where a team can become the 11th best offensive team in the country despite not ever really dribbling, where Isiaih Mosley (a 6’5 shooting guard for the Missouri State Bears) can firebomb his way to stardom.

Although Mosley doesn’t necessarily lead the nation in points per game (his 21.3 points per game are ninth), he’s still the best pure scorer in college basketball—he’s the first player in over a decade to average more than 20 points per game while also shooting over 50 percent from the field, 40 percent from three, and 90 percent from the free throw line. While Mosley has largely flambeéd mid-major teams in the Missouri Valley Conference, he’s also shown that he can translate his production against better competition: his 40-point masterclass against a powerhouse Loyola Chicago team is arguably the best performance that any player has had all season.

What makes Mosley special, though, is not just that he scores so much, but rather how he scores so much. Whereas most players are encouraged to do the bulk of their damage either from three or at the rim, Mosley has turned the mid-range into his own personal dojo. He’s taken a plurality of his shots in this liminal space (non-rim two-pointers comprise 45.8 percent of his diet, while only 21.3 and 32.9 percent of shots are at the rim or from three, respectively) and buries more than half of them.

Even if Mosley lacks the oil-slick quickness that defines most great scorers, he’s such a spell-binding shot-maker and double-jointed ball-handler that it doesn’t matter; you don’t need to blow by defenders when you can always shoot over them.  In this sense, Mosley is practically peerless—there simply aren’t many (if any) wing scorers in college basketball history who shoot so accurately on such a high volume of tough attempts.

Players like Mosley are what make college basketball so special—he’s a hot weekend in mid-March away from becoming a household name. He’s a unique player with an idiosyncratic game who has been given the total freedom to lead his team. Someday soon, Mosley will be in the NBA and conform to the aesthetic and tactical conventions of professional basketball, but that kind of projection and prognostication is the thief of joy. For now, Mosley still has at least another ten games to terrorize MVC defenses with his ahistorical bag of push shots and step-backs. Appreciate it for as long as you can.