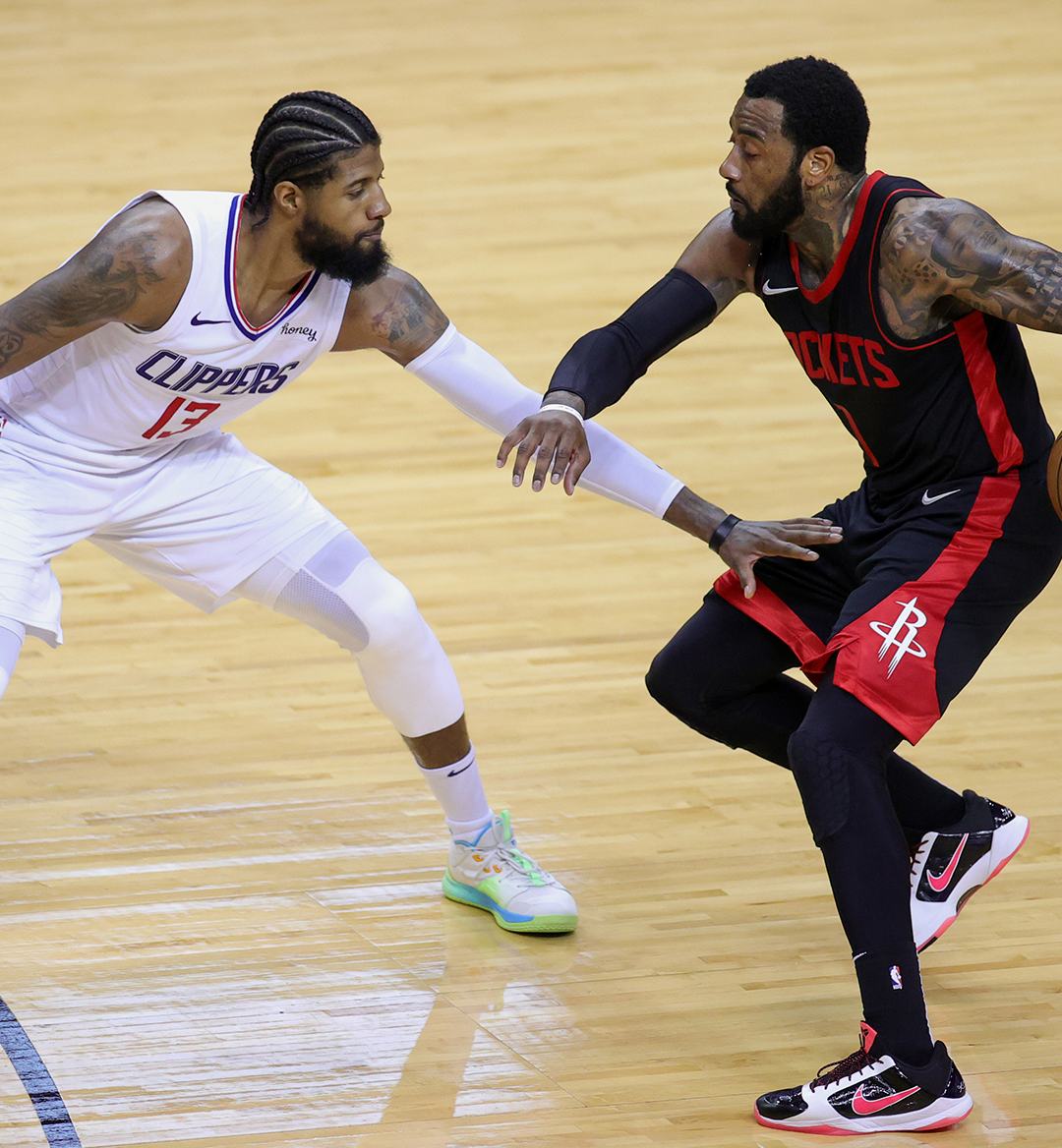 It’s easy to forget that John Wall is only 31 years old. He headlined an era that ended three eras ago. Back in 2009, he was John Calipari’s first major recruit at Kentucky, kicking off the wave of one-and-done moral panic. In 2010, an entire Reebok ad campaign was anchored by his signature shoe deal. Later that same year, he taught everybody how to Dougie and then tried to make the John Wall catch on too. To anybody older than, like, 17, this is probably all acutely incomprehensible; Wall’s cultural importance is like a scarab scavenged from ancient ruins—sure, you know it was once important, but it belongs to a culture that doesn’t exist.

On the court, he justified all the hype. When healthy, Wall was among the best point guards in the league, a proto-Ja Morant who breathed momentum into one of the NBA’s most stagnant franchises. He existed in the half-space between stardom and superstardom, making an All-Defense team in 2015 and an All-NBA one in 2017. With Wall at the helm, the Wizards were hugely successful by their standards, coming within a game of the Eastern Conference Finals in 2017.

Then Wall functionally disappeared, his prime robbed by a ruptured Achilles tendon and the Houston Rockets. Since December 2018, he hasn’t played a single truly meaningful NBA game—his sole appearances on an NBA court took place in 40 memory-holed games during the surreal pandemic season. Last year, he was paid $41 million to not play basketball; the Rockets put him on mandatory paid leave so they could lose as much as possible. During his should-be prime, Wall barely played—and when he did he was blah. From ages 29 to 31, Wall appeared in roughly a half-season of games and played the worst since he was a rookie. He—and, most of all, his situation at large—stunk.

But now, with Wall slated to join the Clippers once free agency begins on July 1, he’s back, literally if not figuratively. The fit is fairly obvious—the Clippers have no guards and Wall is the best guard they could conceivably acquire. If the Clippers are awash with highly-coveted mid-sized wings, they’ve long lacked a steadying backcourt presence; their infamous collapse against the Nuggets in the bubble can largely be chalked up to the fact that nobody could mellow out their fraying nerves. While Reggie Jackson spent last year manifesting his destiny as a “SGP,” he over-dipped his chip, belching forth the lowest effective field goal percentage of any guard in the NBA.

For the first time, Wall will not be the best player on his team the next time he suits up. With the Wizards, Wall was their animating force, making an All-Defense team in 2015 and an All-NBA one in 2017. With the Rockets, he was their star by default—he was the best player because that other 11 guys were all worse. Accordingly, he now finds himself in the same situation that late-stage point guards often find themselves in, grappling with the fact that he can no longer do what he’s always done. This rupture between the past and present is what abruptly harpooned Allen Iverson’s career and has turned Russell Westbrook into a tragic figure, but Wall’s game has always mostly resisted their kind of mega-usage.

In this sense, Wall is a necessary addition because he provides an additive skillset. Even when he was at his absolute apex, Wall was something more interesting and opaque, an ace playmaker and defender who was pressed into lead duties by necessity; Wall’s greatest achievement isn’t his individual awards so much as the fact that he single-handedly paid for Martell Webster’s and Marcin Gortat’s great-great-grandchildren’s college tuition. Ultimately, success in Los Angeles will be determined by whether John Wall embraces the idea of reinvention or if he clings to the hope of resurrection.