Christian Pulisic Is Even Better Than You Think 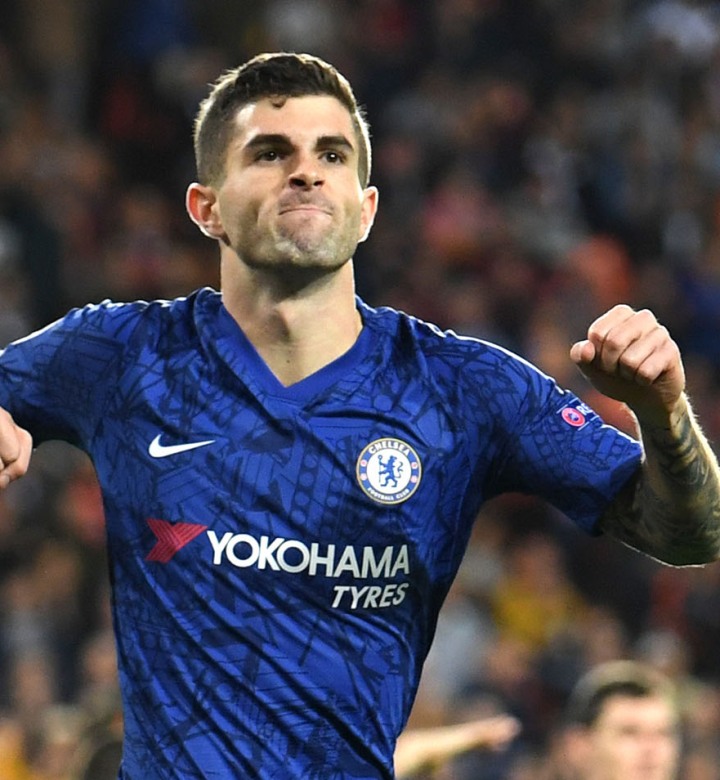 In the months before the 2019-2020 season began, if you had asked anyone associated with Chelsea Football Club what their expectations of American winger Christian Pulisic were, they might have given a tempered response. It’s best to be patient, he’s still young, we can’t expect him to replace Eden Hazard and so forth. And, while they were right, what he’s accomplished in the first half of this season has been nothing short of stellar.

It’s no secret that fans in his home country see him as the future of the U.S. Men’s National Team, and his performances for them only reinforce the hype surrounding his meteoric rise. He holds several “youngest player” records, but the one that stands out the most is his American-record transfer fee of $73 million to English powerhouse Chelsea FC. His performances of late only justify the amount that the west London club paid Borussia Dortmund for his services and why they were willing to wait almost eight months to see him actually don the royal blue jersey that has been worn by club legends like Didier Drogba, John Terry and manager Frank Lampard.

While Frank Lampard wasn’t the one who signed him, Lampard has quickly become enamored with what the young American offers to a side that has put its faith in youth. Chelsea were hit with a transfer ban ahead of this season that prevents them from signing any players until the 2020 summer transfer window, but that has only inspired them to tap into the recently unrivaled talent available in their youth ranks. Players like Callum Hudson-Odoi, Ruben Loftus-Cheek, Reece James, Mason Mount, Fikayo Tomori and Tammy Abraham have proven that you don’t need to spend heavily on the biggest names when you can promote from within. And while Pulisic’s signing flies in the face of this reasoning, his addition to the team represents an investment in youth the likes of which hasn’t been seen at Chelsea since the arrival of owner Roman Abramovich.

After a slow start to the season that saw him often feature as an impact sub, Pulisic made his first start since August and announced himself to the Premier League with a “perfect” hat trick against Burnley at Turf Moor. Since then, he has started the last eight matches, scoring six goals. Add to that an equal number of assists, and one can see why Lampard has made him one of the most consistent members of his starting XI. Among those who play regularly, the American ranks in the top six of Premier League players in expected goals per 90 minutes, according to analytics experts Statsbomb. The only winger who boasts more impressive numbers is Manchester City’s Raheem Sterling. That puts him ahead of Mohamed Salah, Sadio Mané, Jamie Vardy, Son Heung-Min and Pierre-Emerick Aubameyang.

But this really isn’t a departure from the stats he was showing at Borussia Dortmund, where he improved year over year in all departments. If anything, it’s simply proof that he’s capable of producing the kind of numbers he was signed for. Those who doubted that he could succeed in the Premier League have had to eat their words, but the native of Hershey, Pennsylvania, remains humble and determined to continue improving.

Pulisic has a way of pulling in defenders ? pic.twitter.com/Yw2pDumDeC

While plying his trade in Germany, Pulisic had a quote from NBA star LeBron James on the door of his apartment that read, "Outwork your teammates every day." He has applied this mantra to his short time in west London and his manager has recognized the hard work he puts in in training, rewarding him with the starting place he deserves. After his hat trick against Burnley, Lampard was full of praise for the young American in his post-match press conference.

"The way he’s trained in the last few weeks, and the impact he’s had when he’s been playing, he’s said to everyone, ‘Here I am,’ and [shown] what talent he does have," Lampard said. "That’s what we need from all our attacking players: to be a threat, to play like that, to have a ruthless edge about how they finish."

For Pulisic, who only recently turned 21, consistency for the remainder of the season will be key as he looks to cement his place as a starter while continuing to offer the kind of quality he was signed to produce. But what he’s shown to be capable of in just a few short months at Chelsea is most definitely not an anomaly. The kid can play.