Everything You Need to Know About Eurobasket 2022 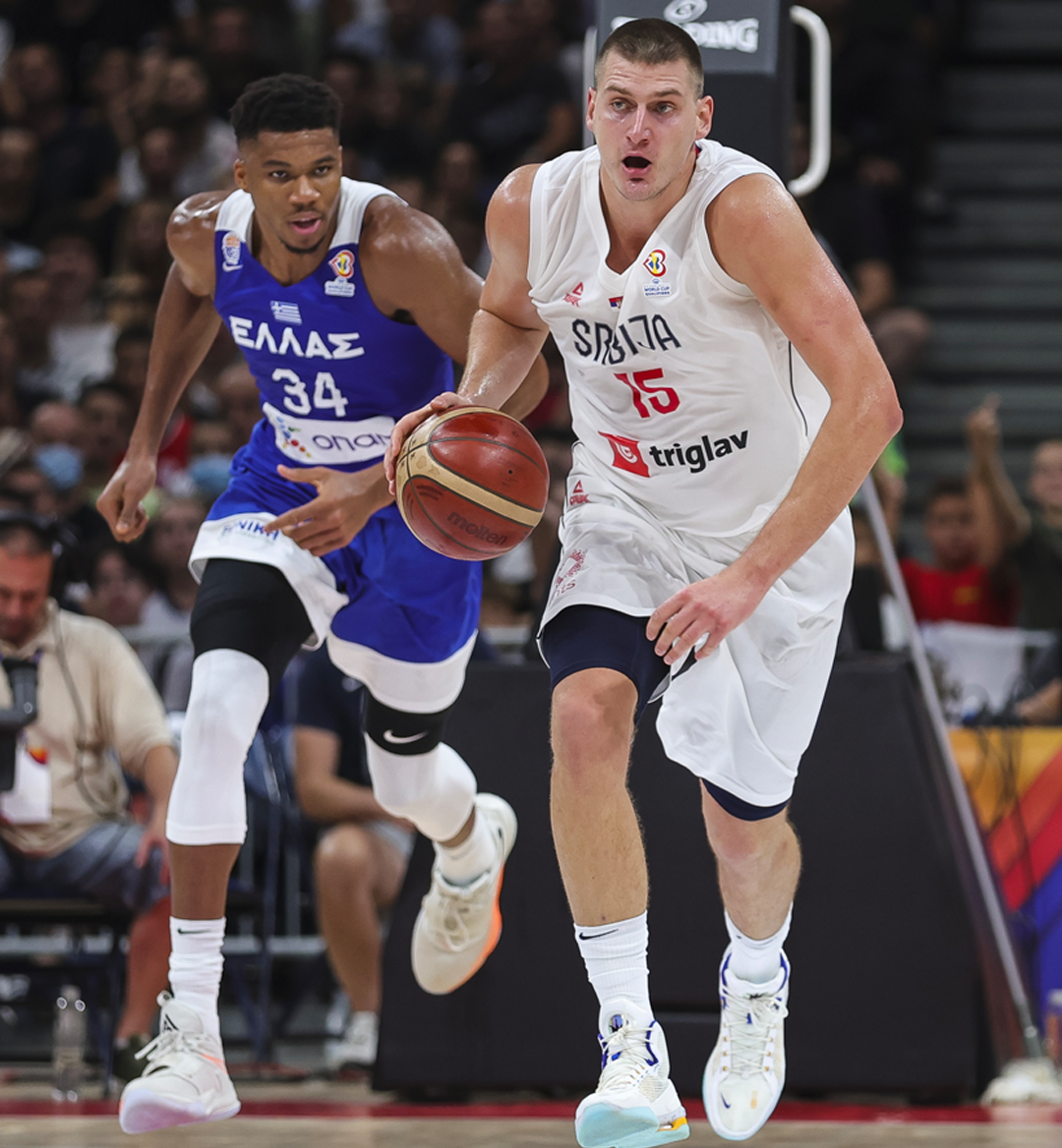 We’re in the fallow part of the NBA offseason—there have been 73 days since the last real NBA game and there’ll be another 48 days until the next one. With the thrum of free agency rumors and slop having ceased, there are but mere morsels of basketball content left to consume. Nothing is going on besides the vague promise that something will eventually be going on. In the absence of actual stuff, it’s now national news three guys in Brooklyn decide to aggrievedly endure each other’s company or when two guys in Seattle get all red-faced or when one guy in White Plains calls another guy in Utah. Next week, Eurobasket 2022 will mercifully end the drought, promising a level of intensity and quality that won’t be seen again until the NBA playoffs next spring. Here’s everything you need to know about the best sporting event that you aren’t watching.

As FIBA’s answer to FIFA’s Euros, Eurobasket is a biennial tournament to determine the best international squad in Europe. Outside of the Olympics and the FIBA World Cup, Eurobasket is the most prestigious event on the international basketball calendar, contested by the 24 best teams across the continent. Oddly, this is the first Eurobasket since 2017—it was canceled in 2019 to accommodate the FIBA World Cup and then again in 2021 for the rescheduled 2020 Olympics.

The group stages will be scattered between Germany, Italy, Georgia and the Czech Republic. The knockout rounds and finals will be held in Berlin, Germany.

How do I watch it?

ESPN+ will stream every Eurobasket 2022 game.

What is the format?

For the opening round, the 24 teams are put in four groups of six teams. From each group, the top four teams enter the single-elimination knockout stage, which is seeded based on performance in group play.

What are the groups?

Is there a group of death?

Yes, Group B is a bloodbath.

Who are the best teams?

Nikola Jokic is the best player in the world, so it’s only fair that Serbia is the best team in Europe. While Serbia won’t bring their full complement of NBA players to Eurobasket (Bogdan Bogdanovic and Boban Marjanovic are hurt, Aleksej Pokusevski and Nikola Jovic couldn’t get approval from their teams), Jokic is such a singularly dominant and additive player that it doesn’t matter; surround him with any four ambulant players and he’ll make the offense hum. Defensively, Jokic benefits from FIBA’s slightly different set of rules—namely, that there’s no defensive three-seconds violation. Similarly, the relative paucity of dangerous scoring European guards ensures that Jokic can safely dock himself in the paint without having to huff and puff around the perimeter.

Beyond Jokic, Serbia teems with elite Euroleaguers—as the 2021 Euroleague MVP and the reigning two-time Finals MVP, point guard Vasileje Micic is the best player in the world who’s not in the NBA; Vladimir Lucic is a sharpshooting wing who made the All-Euroleague team each of the last two seasons.

As the best Greek basketball player of all time, Giannis Antetokoumnpo is ready to move past his puzzling lack of international success. The last time he donned a Greek jersey in real competition, Antetokounmpo seemed oddly cowed, averaging just 14.8 points, 8.8 rebounds and 9.2 field goal attempts as Greece staggered to an 11th place finish at the 2019 World Cup. Since then, though, he’s polished away whatever flaws remained in his game and became an NBA champion and Finals MVP in the process. Accordingly, Antetokounmpo once again has looked appropriately Greek Freaky in his two tune-up games before Eurobasket, averaging 33 points and 7.5 rebounds against Serbia and Belgium.

Although Antetokounmpo is the team’s undeniable star, he’s hardly their only important contributor. On the perimeter, naturalized guards Tyler Dorsey and Nick Calathes provide a necessary counterweight to Antetokoumpo’s interior dominance—the California-born Dorsey is a dynamic shooter and the Florida-born Calathes is one of Europe’s best-ever assist-men.

Slovenia and Dallas aren’t really that different, basketball-wise at least. With Luka Doncic at the helm, both Slovenia and the Mavs pair their superstar with a crafty lefty guard as his main sidekick and stretchy forwards dotting the perimeter. The formula works. For evidence, just rewatch the Mavs upset the Phoenix Suns to make the Western Conference Finals for the first time in a decade last season or how Slovenia won Eurobasket in 2017, in large part because of a breakout performance from an 18 year-old Doncic. More recently, Doncic carried Slovenia to the cusp of the gold medal game of the 2021 Olympics, just barely falling short against France 90-89. If NBA players are largely hopeless against Doncic, Euroleaguers are even hopeless-er; against overmatched competition, Doncic led the Olympics in both points and assists last year. Look for him to repeat that feat at Eurobasket 2022.

At full strength, France is by far the best team in Europe—and maybe even the world. It’s easy to imagine a frontcourt of Victory Wembanyama, Rudy Gobert and the newly naturalized Joel Embiid rampaging through the 2024 Olympics to secure the gold medal. But, in 2022, France is fairly depleted—Embiid, Wembanyama, Nic Batum, Frank Ntilikina and Nando De Colo are all injured. Still, the spine of the 2021 Olympic silver medalists who nearly swept the United States remains—Evan Fournier and Rudy Gobert are among the most dangerous one-two punches in the field and France has depth up and down their roster, whereas most countries are either big-heavy or guard-heavy.

Speaking of big-heavy rosters, Lithuania is ready to mash. Led by Jonas Valanciunas and Domantas Sabonis, Lithuania has a frontcourt that most NBA teams can’t even equal. Despite the fact that both Valanciunas and Sabonis are deficient NBA defenders, luckily, this isn’t the NBA.  To wit, both big men can fluently negotiate the tight spaces and facilitate within the slow tempo of the European game, giving Lithuania a rare level of potency and security that few teams can boast. Granted, Lithuania doesn’t quite have the high-end star power of Serbia, Greece or Slovenia, but they compensate with a deep, well-constructed roster that’ll contend in Europe for years to come. In this sense, the next generation is already here: Michigan standout Ignas Brazdeikas is a smooth bucket-getter who should start on the wing; future Knick Rokas Jokubaitas is a steely lefty guard who will run point.

Giannis kicks off his Eurobasket 2022 campaign against a dangerous Croatian team headlined by Dario Saric, Bojan Bogdanovic and Ivica Zubac.

Gobert tussles with Sabonis and Valanciunas—think: Eurobasket’s answer to Godzilla vs. Kong.

Serbia is in a laughably easy group, but the showdown between Jokic and Lauri Markkanen could offer some intrigue.

Could this be a preview of the finals?