Daps Wants to Be the Future of Collectibles 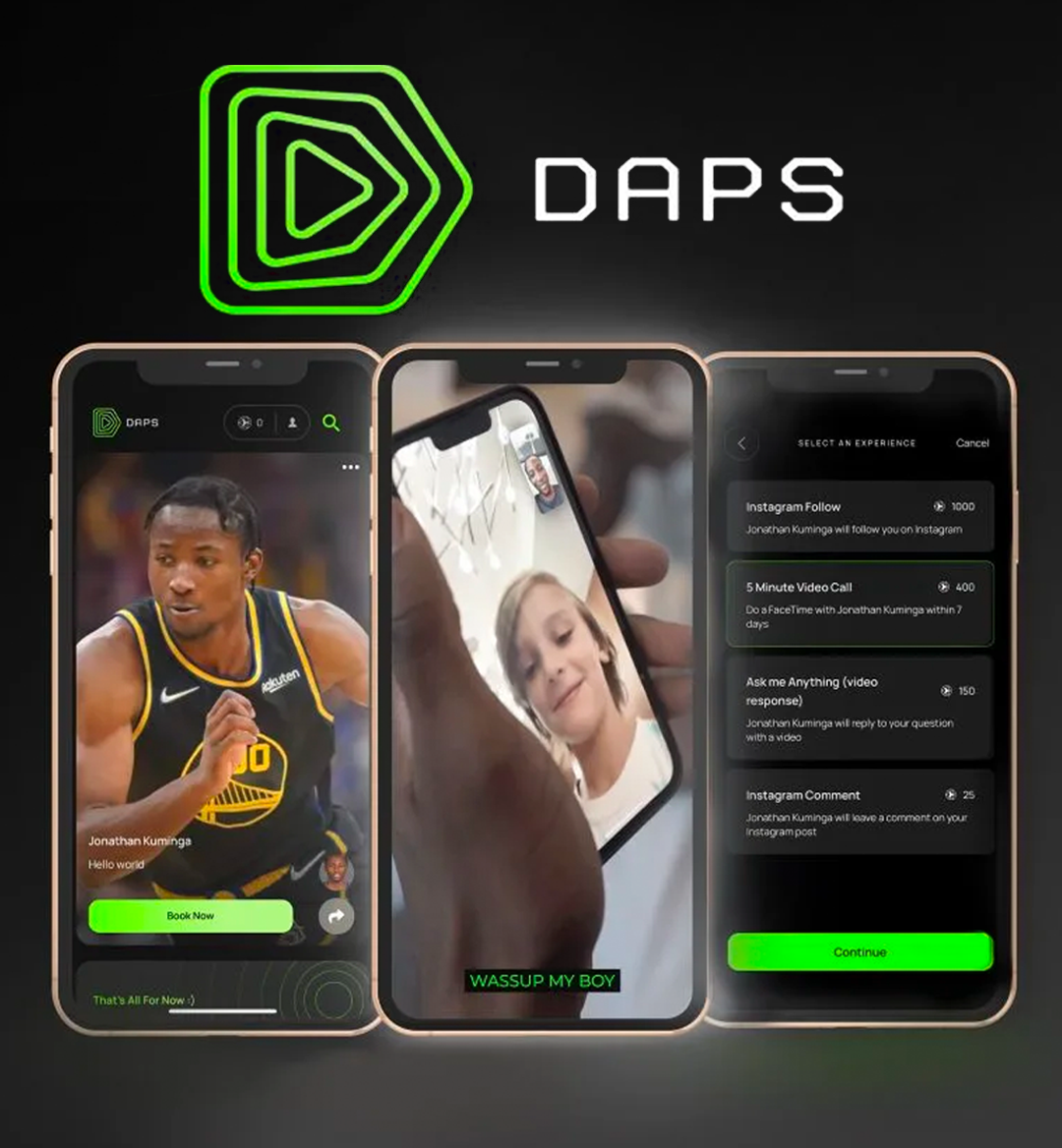 Sports fandom has never been more atomized—social media and streaming have collapsed the distance between fans and their favorite players, creating a version of fandom that’s defined more by personal taste than geographic happenstance. In this sense, most Knicks fans became Knicks fans because they just happened to grow up in New York City, but all Lebron James fans are Lebron James fans because they consciously and intentionally picked him as their favorite player. Whereas sports fandom used to resemble religion in its devotion to a single power, it’s now closer to a parasocial relationship. You have your guys and you feel like you get to know them, even if you don’t really know them; Daps is trying to make it so you do.

“Daps allows me to interact with fans in a whole new way,” said Kuminga. “When testing the app, I got to feel how easy it is to put a huge smile on a fan’s face and I can’t wait to keep doing more of that.”

Beyond basketball, Daps has pledged to donate a portion of their proceeds to Everytown, Mayor Michael Bloomberg’s anti-gun violence organization, and the Brittney Griner Advocacy Account.

Last month, Daps co-founder Jake Klores sat down with ONE37pm about his vision for bridging the divide between athletes and their fans.

ONE37pm: How did you get started with Daps?

Klores: "I originally started a company called Workhorse which was a marketplace that linked college athletes with brands for NIL deals, but the thing became really clear for me was that there’s a really big gap between what the modern generation of sports fans want in terms of access to their favorite athletes and the options that are currently available to them. There’s a really high level of demand from fans for a level of connection with their favorite players, but there’s just way too much friction for them to get that right now. Even if you DM a player on Instagram, they’re never going to see it.

With Daps, we wanted to build a place where you can buy personalized, digital experiences from your favorite athletes, whether that’s a five minute video call or playing a video game together or a tour of their sneaker closet. I think that going forward, these kinds of interactions are going to be the new collectibles; instead of just an autograph, you’ll have these interactions and memories for life."

ONE37pm: How does your background in basketball inform Daps?

Klores: "I’ve spent most of my life playing basketball, first in AAU with the Rens (editor’s note: current Daps partners Jose Alvarado, Jonathan Kuminga, RJ Davis, Lance Ware,and Simeon Wilcher are also Rens alums) and then in college. And with that, I feel like I have a really unique understanding of what athletes want and how they want to interact with their fans. I think that's very helpful for us because there aren’t a lot of people who truly understand the unique needs of athletes as customers. These players have high levels of primary income, but they also have very, very busy lives and lots of different obligations and endorsements and deals, so it’s important to build a platform that’s build for them and that’s able to adapt and iterate based on their needs.

But then on the other hand, I grew up as a crazy sports fan and I  think it’s helpful to be able to understand the wants and needs of both sides of the marketplace."

ONE37pm: How did you choose which athletes to partner with initially and what are your plans to expand your current roster of athletes?

Klores: “Right now, it’s invite only. The ones that we started with were one, we felt a genuine understanding of what we were doing, and wanted to deepen their relationship with their fans.

Going forward, the biggest thing for us as a company is making sure that both sides are having a really good experience. So it's really important for us to make this a very easy and efficient experience for athletes. And for the fans, we want to make sure that they're getting what they booked and that it’s happening in a timely manner. As soon as we feel comfortable with that process, we’ll open up more and more and eventually the goal is that this will become a place for all athletes and not just basketball players to find value."