John Konchar is the Next NBA Cult Hero 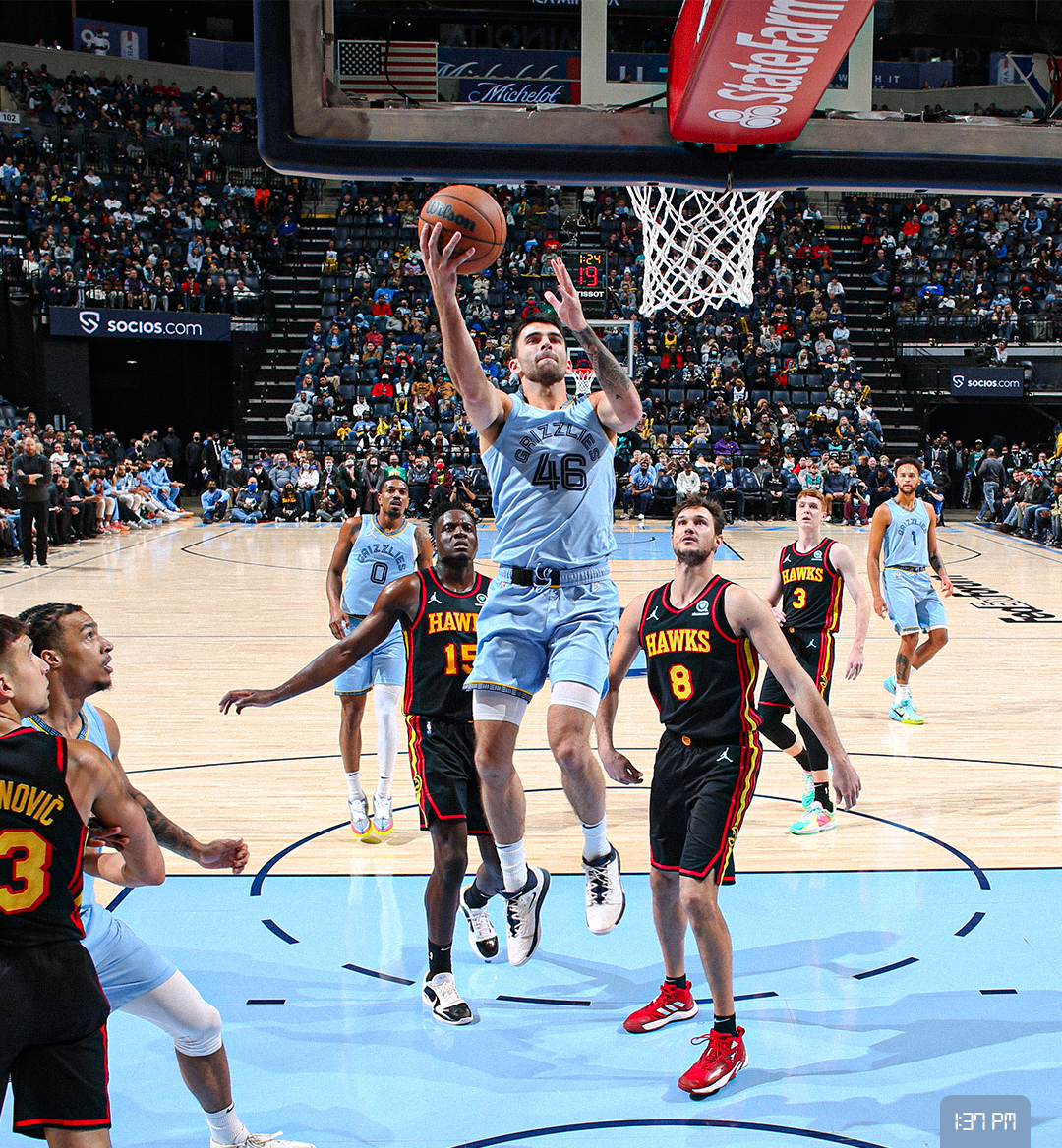 Since going undrafted in the 2019, Memphis Grizzlies guard John Konchar has mainly been notable for being a statistical oddity. During his four years as the greatest Mastodon in Indiana University – Purdue University Fort Wayne’s history, he became the only player in NCAA history to amass 2000 points, 1000 rebounds and 500 assists over the course of their career—for reference, Hall of Famers Jerry West and Sidney Moncrief are the only other guards to have even crossed both the 2000 point and 1000 rebound benchmarks. Before this year, there had only been four seasons in NBA history in which a player has had an offensive rebound rate above 10%, an assist rate above 15%, a steal rate above 2% and a True Shooting above 65%; Charles Barkley posted three of them. The fourth? Konchar! As a rookie! By the numbers, Konchar looked like one of the most productive players in basketball history; by the eye test, Konchar looked like an econometrics TA or an information technologist.

Last night, though, Konchar transcended his status as a niche Draft Twitter meme and entered the mainstream with a 15 point, 17 rebound masterclass against the Minnesota Timberwolves. In this breakout performance, Konchar paired his sparkling counting stats with efficient shooting (6-7 from the field, 3-4 from three), positive on-court impact (the Grizzlies outscored Minnesota by 15 points during Konchar’s 30 minutes), and genuine highlight-reel material (he crammed a putback dunk on Karl Anthony-Towns). While Kon-heads have long preached the good word, last night’s performance represented Konchar’s introduction to a wider audience beyond the small group of sickos (i.e. me) who have been irredeemably Jitty-pilled.

Although Konchar’s per-game stats are modest, he’s always possessed the same latent goodness that enabled his explosion against the Timberwolves. He has the refined instincts of a Norweigan duck toller and an organist’s coordination. On defense, he makes his bones by menacing passing and driving lanes, pawing at the ball whenever possible. He's disruptive yet disciplined—his 1.7 steals per 75 possession are in the 95th percentile (per BBall Index) but also hasn't committed more than three fouls in a game since late October. Even if he’s not necessarily the fastest lateral mover, he unsteadies ball handlers with his keen sense of positioning, strength and quick hands.

Offensively, he’s pioneered a weird style of dependent self-creation. In a traditional sense, Konchar cannot generate shots for himself—he has fewer than 10 possessions in isolation or as a pick-and-roll ball handler. Whereas most low-wattage role players are entirely reliant on their starrier teammates to feed them open shots, Konchar has a weird knack or conjuring points that wouldn’t otherwise exist. Beyond the fact that he just makes everything and is shooting 65 percent on three-pointers over the last 20 games, he’s a shrewd cutter and confoundingly good offensive rebounder.

Despite being a 6’5 shooting guard who spends most possessions loitering around the three-point line, Konchar regularly poaches offense boards and tip-ins, stealing points on possessions that should’ve been fruitless—his 2.11 putbacks per 100 possession this season are more than big men like Boban Marjonovic, John Collins, and Bam Adebayo. He sneaks beneath the trees to steal rebounds from unsuspecting bigs; he instantly geolocates exactly where a missed three-pointer will carom; he even dunks, sometimes! According to Cleaning the Glass, when Konchar (a.k.a. Tennis Rodman) is on the court, the Grizzlies scrounge up an additional 3.7 points per 100 missed shots and their offensive rebound rate spikes by 2.3 percent.

On a Grizzlies team overflowing with good players, Konchar has carved out a niche as a low-maintenance complement in the backcourt to Ja Morant, Desmond Bane and Dillon Brooks.

In other words: it’s Jitty szn.