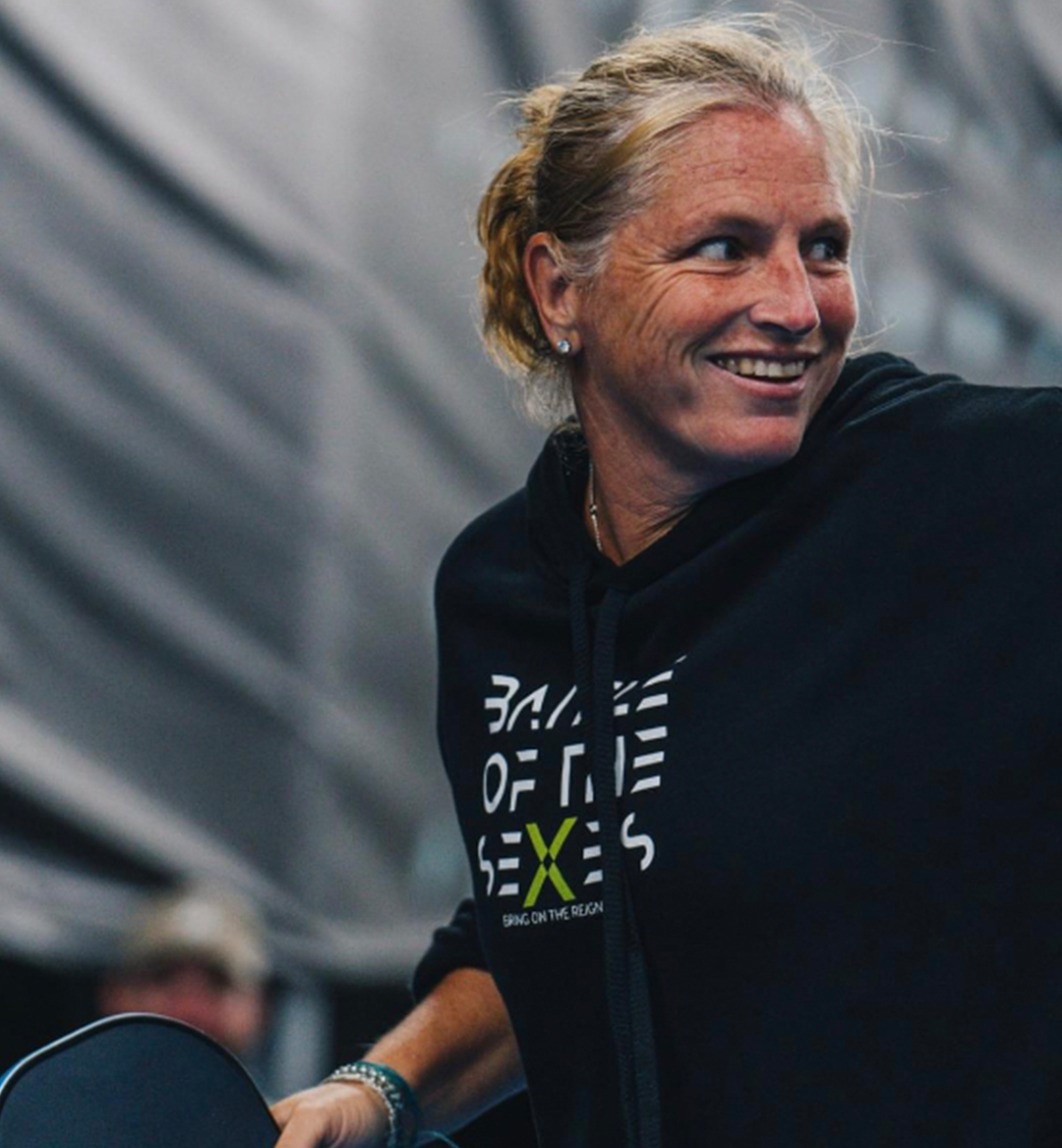 Proof of pickleball’s steady march towards world domination is evident just about anywhere you look. Leonardo DiCaprio has a pickleball court in his house; Stephen Colbert is hosting a primetime pickleball special; billionaires like Tom Dundon and Marc Lasry have thrown their financial heft behind professional pickleball circuits the Professional Pickleball Association (PPA) and Major League Pickleball (MLP). But beyond the celebrity pickleball glitterati, the truest representation of the sport’s scope and reach is Lee Whitwell, the Gibraltarian reigning MLP MVP.

Born in Gibraltar (a small British territory at the southern tip of the iberian Peninsula), Whitwell grew up playing tennis and became a Division II national champion, capturing consecutive doubles titles in 1993 and 1994 at Francis Marion University in South Carolina. After graduating in 1996, Whitwell briefly played professional tennis on the ITF tour before returning to the college ranks as an assistant coach at Alliant International University in San Diego. For the next 20 years, tennis served as one of the major orienting forces in Whitwell’s life, functioning as both a passion and an occupation.

Then, in 2017, Whitwell picked up a pickleball paddle for the first time. Bribed by a friend with a case of beer, Whitwell reluctantly participated in her first pickleball tournament. And she won! And she loved it!

Since then, Whitwell dove deeper into the broader pickleball world, eventually becoming one of the top players on the women’s tour. Last season, Whitwell achieved the apotheosis of her budding career, winning the MLP MVP despite being the last pick in the league’s draft. Now, she’s looking to run it back.

Last week, Whitwell sat down with ONE37pm to talk about her pickleball career, her favorite beer and how novice pickleballers can improve their game.

Lee Whitwell: A few years ago, a friend signed me up to play in a pickleball tournament with her because she knew my tennis background. Initially, I had no interest—I’m not going to play something that my grandma could play. I thought pickleball was an old person’s game and I don’t fall into that category just yet. The name just sounds silly So we went back and forth about whether I would play until like 30 minutes before the start of the tournament when she offered to get me a case of Coors Light if I played. That convinced me. I didn’t know any of the rules yet, but we won the tournament and I had the time of my life, which is a rare thing in a competitive setting.

ONE37pm: Was it hard getting over the name “pickleball” even after you started playing?

Lee Whitwell: It's an interesting name, but I guess a lot of the other sports names have been taken, so we're stuck with pickleball. I did a demo in Gibraltar a couple of years ago. And everybody loves it. And one of my friends came up to me and was like, ‘Hey, this is a great game and I can see how you love it, but you've got to change the name.” I didn’t invent the sport. I don’t have that much power, but thank you for thinking that. The sport is gaining in popularity and it’s so much fun, so I just wish that more people would be open to it and not have the stigma that it’s for retirees.

ONE37pm: How has pickleball changed since you started playing?

Lee Whitwell: Oh my god, it's insane. Men's singles is my favorite thing to watch in the world. It's so athletic, and what they're doing is absolutely ridiculous. It's just fast paced and, you know, essentially mini tennis with pickleball components thrown in. And the way the guys move on the court is absolutely phenomenal and beautiful to watch. The game definitely is speeding up—technology is changing so people are able to do more things with the ball and can to rip it while also putting more slice on their shots, which you couldn't do on the older wooden paddles. People are adding more strategies to their attacks because the technology helps you shape the ball more, which gives you more options.

Lee Whitwell: Less is more. People tend to try to take this huge backswing to generate pace and power, but the court isn’t that big. The closer you get to the net, the more you want to keep the paddle in front of you. A pickleball swing is more of a pushing motion than a hitting motion, if that makes sense. Imagine that you’re shutting a cupboard on your volleys and dinks and shutting a drawer on your serve. If you pull your paddle all the back and hit the ball hard with an upward motion, you’re creating a pendulum and the ball is gonna sail up and you won’t have as much control over where it goes..