Can the Mavericks Help Luka Doncic? 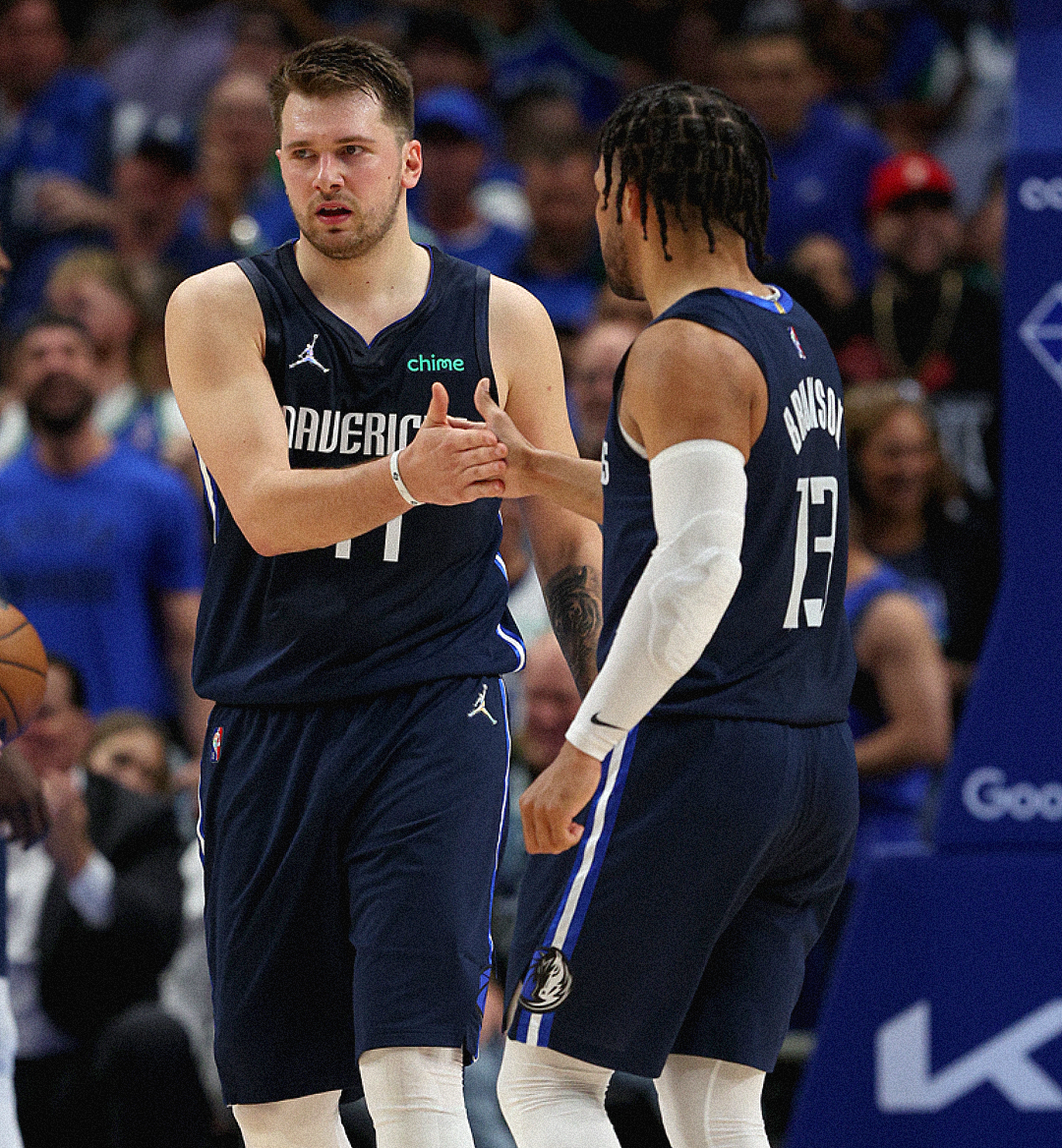 On any given day, Luka Doncic might just be the best basketball player in the world. This is hardly a novel sentiment—Doncic is averaging 31.3 points, 9.9 rebounds and 7.4 assists per game while nursing a gimpy calf—but it feels worth verbalizing. For whatever reason, Doncic was shunted to the outer rim of the MVP conversation, his all-world last 60 games of the season canceled out by his pudgy, lethargic start to the year. Unfairly, his gaudy box scores bear the stigmata of unvirtuous stat-padding, numbers derived in part from gluttonous usage rate and grift rather than purely from ethical skill. Still, this unlikely Dallas Mavericks run to the Western Conference Finals has revealed a surprising truth about the heliocentric Doncic: none of this is really about him.

To a degree, Doncic is so good and so prolific that his own greatness is almost immaterial to the outcome of a game. In Dallas’ nine playoff wins, Doncic has averaged 29.3 points and 7.7 assists (out of 14.3 potential assists) per game;  in their eight losses, Doncic has put up 34.3 points and 5.1 assists (out of 13.1 potential assists) per game. During any given game, Doncic will do Doncic things—he’ll dribble the ball enough to grow new calluses on his hands, get his teammates open by twisting anxious defenses into recklessness, and score somewhere in the neighborhood of 30 points. He creates consistency through volume—there’s an upper and lower bound on how good or bad he can be.

In this sense, the Mavs fate rests in the hands of everybody else. When the Mavs win, they have a 65.6 percent effective field goal percentage on catch and shoot opportunities; when they lose, that number shrinks down to 50.6 percent. This is hardly groundbreaking shit; it’s shot variance.

But beyond that, the Mavs are ironically, uniquely reliant on their role players because of the way that Doncic hogs the spotlight. By dint of Doncic’s individual dominance, the rest of the Mavs handle the ball within specific, frantic moments of opportunity while the defense is in fire drill rotation. Doncic invariably creates good chances for his teammates; it’s up to the likes of Dorian Finney-Smith, Reggie Bullock, Spencer Dinwiddie and especially Jalen Brunson to transform them into great ones.

Unsurprisingly, the Mavs season-prolonging, Game Four win doubled as both their best shooting and best passing performance of the Western Conference Finals. With the Warriors prepared to recover on Doncic’s kick-outs, the Mavs recognized that the pressure point of the Warriors’ defense was their ability to make second and third rotations rather than simply executing the first.

As such, Dallas weaponized Brunson and Dinwiddie as sources of shot creation rather than merely as possession-ending shooters, trusting them to exploit advantages against the Warriors. Accordingly, both Brunson and Dinwiddie were more involved as passers—Brunson made 50 passes (up from his average of 43.8 for the playoffs) and Dinwiddie passed 36 times (up from 31.8). Similarly, the Mavs increased their off-ball creativity, setting pin-in and flare screens away from the ball to further obstruct the Warriors’ attempts to contest shots. As a result, over 49% of the Mavs’ threes were either open or wide open.

Of course, all this is secondary to the less romantic reality that the Mavs won mainly because they made shots rather than miss them. More than any other year in recent memory, these playoffs have been decided by the basic arithmetic of field goal percentage and have spawned an anticlimax of blowouts and non-competitive fourth quarters. Staring down a 3-1 deficit, the Mavs are still probably going to be fodder on the way to another Finals run for the Warriors, but their evolution to suit peccadillos and peculiarities of Doncic could vault them from a year as a surprising contender and into years of perennial contention.