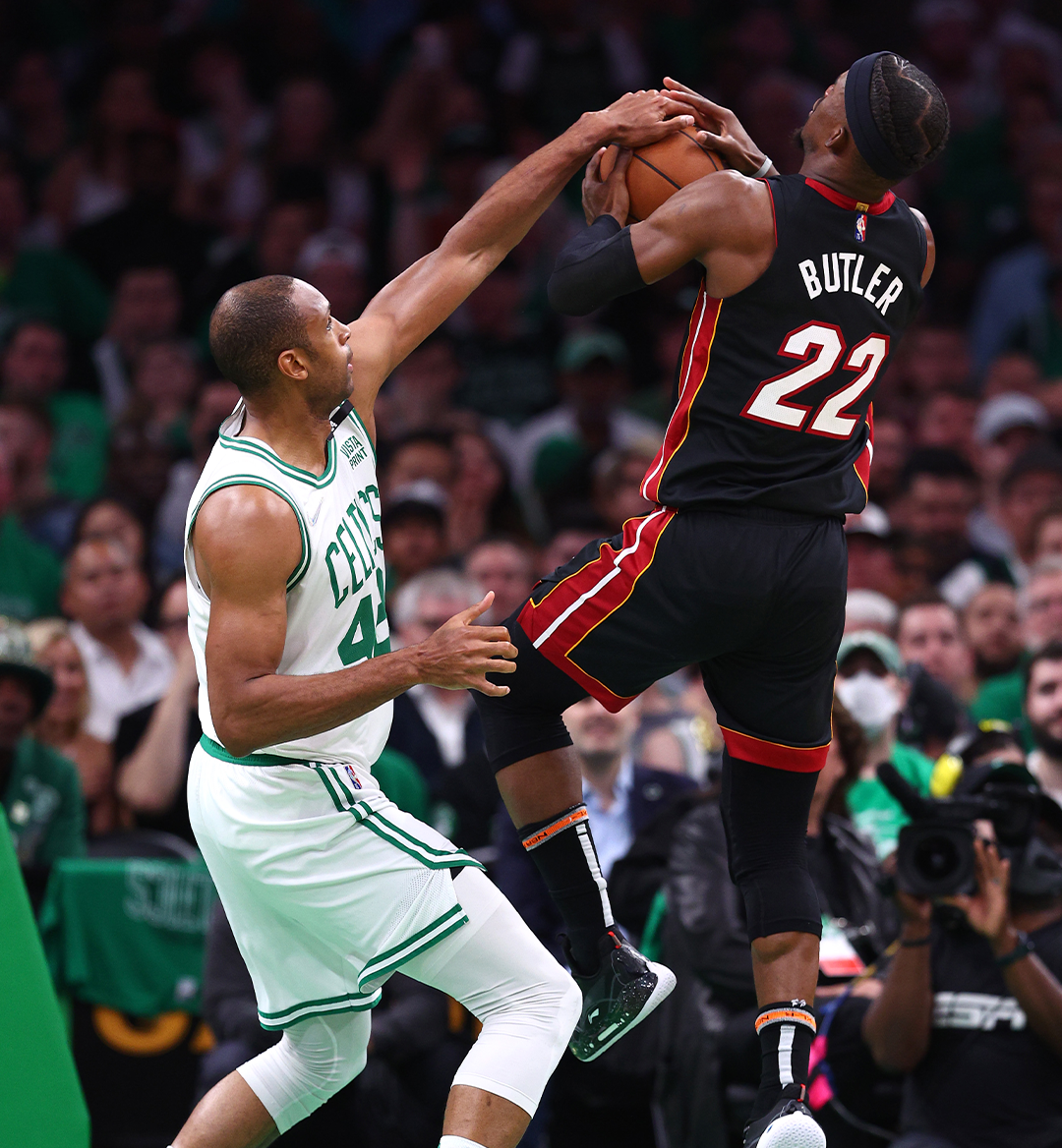 As far as high-level playoff basketball goes, the Miami Heat-Boston Celtics Eastern Conference Finals hasn’t been especially watchable. Through four games, there hasn’t been a single minute of overlap where both teams have simultaneously played well; these are good basketball teams that seem physically incapable of stringing together extended periods of good basketball.

Despite the absence of traditionally fun things like points and people succeeding at their jobs, each game has featured a single stretch of lucidity where a team Moon Knight-ish-ly snaps out of their gormlessness and remembers what ostensibly made them contenders in the first place. Games One and Three featured torrid Miami runs that ripped open 20 point leads; the Celtics iced Games Two and Four pretty much by the first media timeout. The problem for the short–handed Miami Heat is that their 102-82 shellacking in Game Four may have shown that their institutional muscle memory has atrophied.

While such doomerism feels extreme in a series that’s still knotted at two games apop, Miami’s troubles are more qualitative than quantitative. Namely, their offense has gone to crud—Jimmy Butler has a gimpy knee, Kyle Lowry’s hamstring has the structural soundness of a Gildan tee, Tyler Herro missed Game Four with a strained groin that could keep him out for weeks. Beyond Miami’s ever-growing sick bay, Boston’s own injury situation has improved now that Robert Williams (the actual Defensive Player of the Year) is back in the lineup. After missing Game Three, Williams changed the tenor and shape of the Celtics defense in Game Four by allowing Boston to play either mega-big lineups with a Williams-Al Horford pivot or switchy, smaller units with Williams as the lone big.

As such, Miami’s offense faces a contracting menu of the possible—after all, you don’t score only 82 points in an entire game when you have an abundance of good options. Even at full-strength, their attack was merely above-average rather than elite, with their 114.2 offensive rating ranking 11th in the NBA during the regular season. For the playoffs, Miami’s offensive rating has stayed fairly productive overall(113.2 points per 100 possessions), but their efficiency in the halfcourt has cratered: in their 15 postseason games, their 92.8 offensive rating in the halfcourt is down nearly five points from their regular season mark. Their 90.9 halfcourt offensive rating against the Celtics is somehow even worse. Every bucket feels like a novelty.

Whereas Boston has the stabilizing luxury of spamming Jayson Tatum and Jaylen Brown isolations and pick-and-rolls, Miami’s offense is a fragile, more delicate contraption. Like dialectic or egg-and-spoon races, the Heat rely on an orienting system of weights and counterweights to succeed.

Accordingly, the Heat conjure points by voltroning together the skillsets of their roster. Tyler Herro is a slick off-the-dribble scorer but not a nuclear athlete, so he makes for a nice pairing with Bam Adebayo, a frighteningly strong and fast dribble-handoff hub with a piddly bag of his own. Similarly, PJ Tucker is really only useful when he’s standing still in one of exactly two spots on the court, which, in turn, offers spacing for Jimmy Butler to get busy in the mid-post. Compared to a team like the Warriors that runs a specific offense out of ideological purity, the Heat are complicated by necessity—if they didn’t do all this stuff, they’d simply not score points.

But with their entire backcourt in varying degrees of disrepair, the Heat are liable to completely unravel. Since Butler isn’t able to muster his usual level of burst, the Heat need to rely on their secondary (and tertiary) offensive weapons like Tyler Herro and Kyle Lowry to pick up the slack. But since Herro is out and Kyle Lowry is limited, Miami doesn’t have the pull-up shooting to coax Boston out of their paint-sealing drop pick-and-roll coverages. But since Boston’s bigs can chill in the paint, Adebayo is vulnerable to barf up clunkers against Williams like he did in games two and four. And since none of Butler, Herro, Lowry, or Adebayo can reliably do good stuff at the moment, the Eastern Conference Finals have featured a truly grim helping of Max Strus and Victor Oladipo Time.

None of these individual ails would normally be enough to doom the Miami Heat to basketball hell; the cumulative attrition most likely will. The series is probably lost—all for want of a nail.