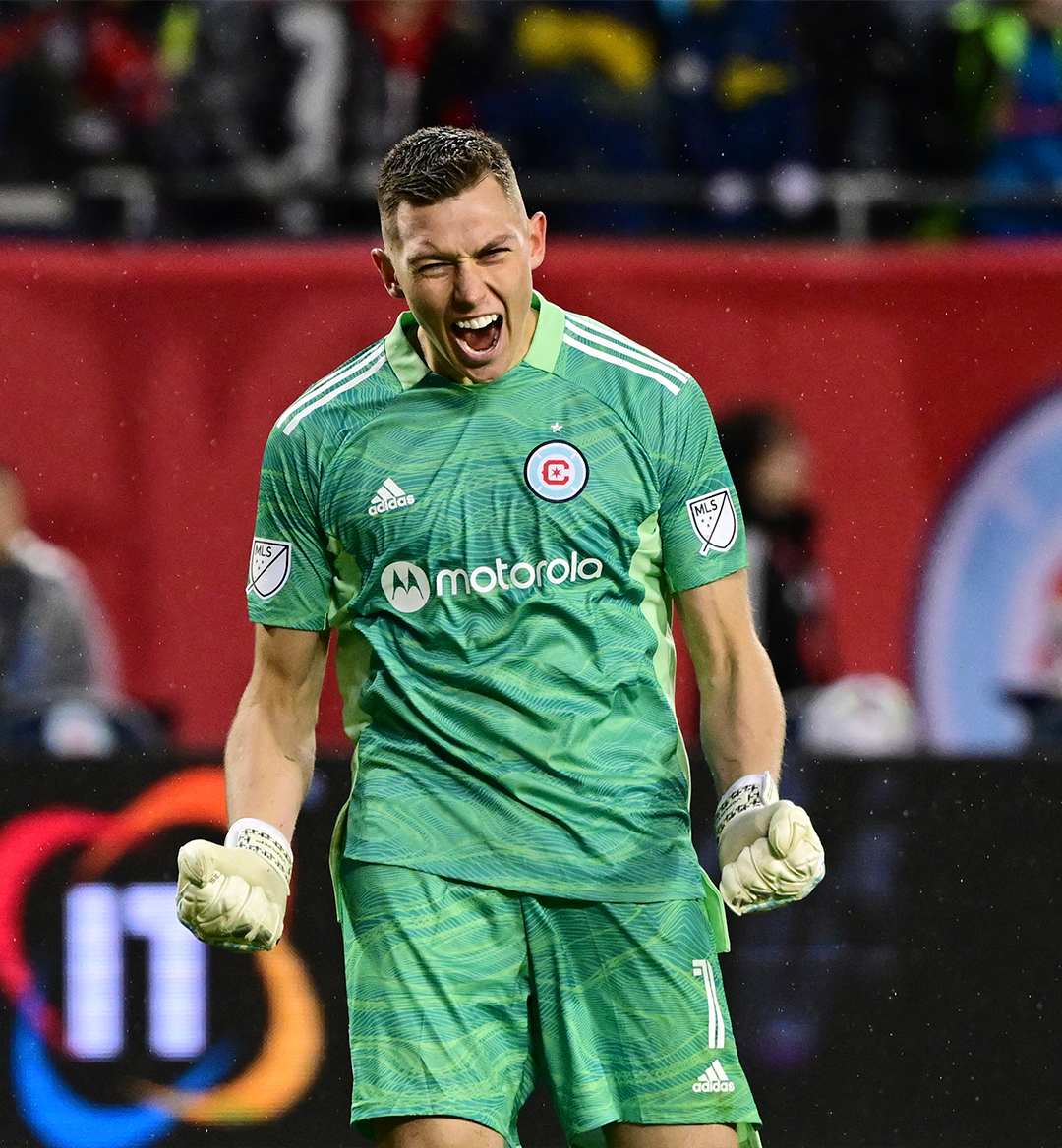 Gabriel 'Gaga' Slonina is quickly becoming one of the top young American talents to keep an eye on and his progression continues to raise him to new levels.

At 17, Slonina is already an MLS starter for the Chicago Fire and it seems like the keeper's making astounding saves on a weekly basis.

The U.S. always has a long line of great goalkeepers, and Slonina appears to be the next American up that will have the opportunity to establish himself as one of the country's elite players.

ONE37pm takes a closer look at Slonina and what his future might look like for club and country.

Slonina was born in the U.S. and eligible to play for the USMNT, which seems inevitable given his quick rise as a teenager.

The Fire keeper was born just west of Chicago and has been involved with the club since 2016.

Slonina became one of the youngest professional signings in MLS history when he officially joined the Fire at the age of 14.

Since making his debut in 2021, he's locked down the starting position in net and shot up the ranks with the USMNT.

This season, Slonina has three clean sheets thus far for the Eastern Conference side and the 6-foot 4-inch shot stopper became the youngest MLS keeper to ever post a clean sheet back in 2021 against league champions New York City FC.

In a limited amount of time, Slonina has already proven to be one of the top-end goalkeepers in MLS, which says a lot about the 17 year old's potential.

It's highly likely that Slonina makes a move to Europe in the next year or two, especially as he looks to gain a European visa through his Polish heritage.

He's already been linked to several top sides, including Juventus, and the American could be one of the next exports to complete a move to one of Europe's top leagues.

Slonina has already shot up the U.S. youth international ranks, representing the U-15, U-16, U-17 and U-20 national teams.

It's becoming more and more clear that Slonina is the latest in a long line of top American goalkeepers to make a strong impression, and he could soon follow the likes of Tim Howard, Brad Friedel and many others.