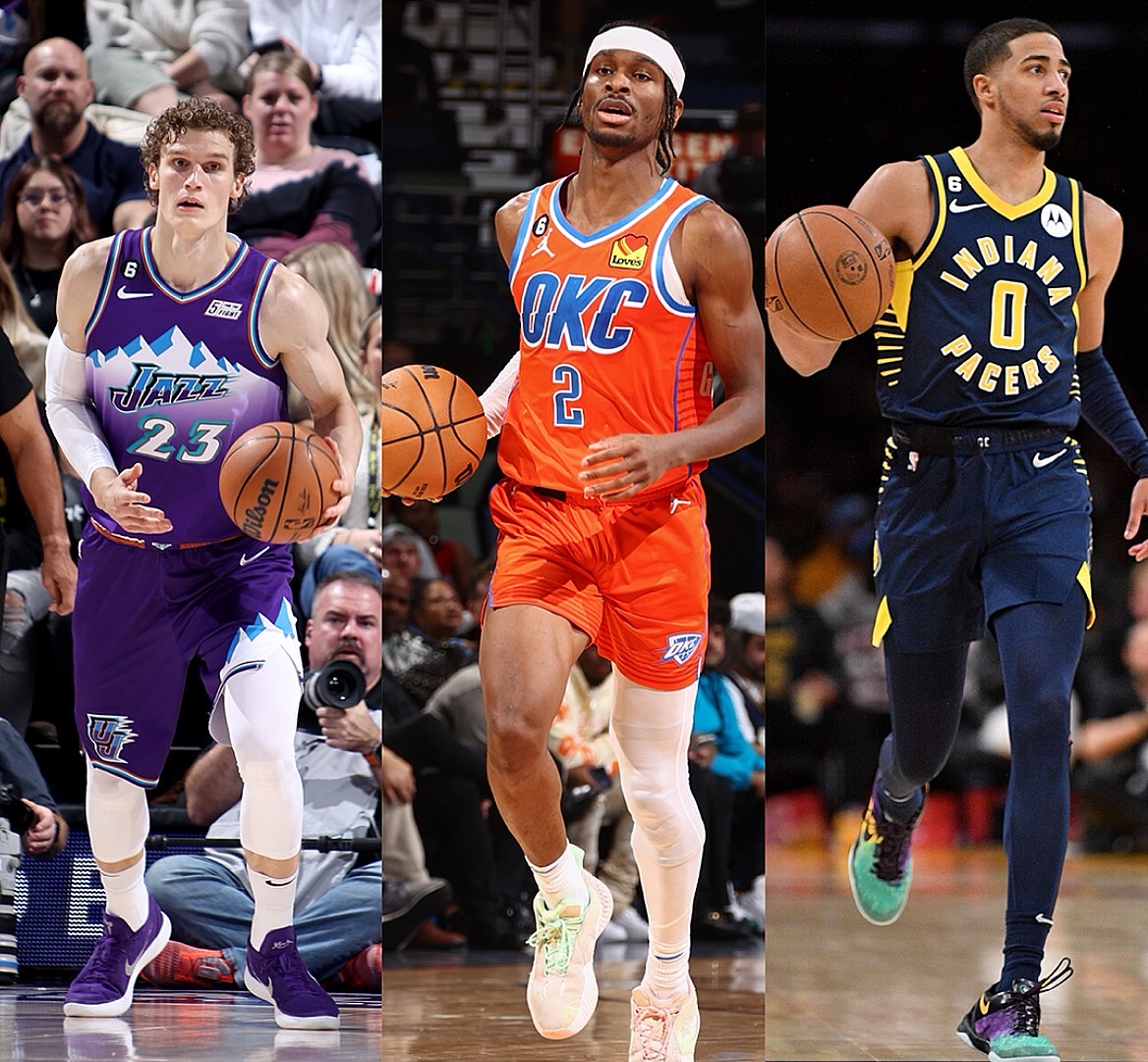 Who is going to win the 2023 NBA Most Improved Player? Before I jump in to that, let's talk about the history of the award.

The NBA is a league full of exceptional talent. Today the league has more significant stars than ever before, and it seems as though that number continues to grow. Sometimes it takes certain players a little more time to get their feet under them, and others simply just take a bigger step than expected.

Since 1985, the NBA has awarded the Most Improved Player award to the player who has shown the most growth over the course of the season compared to that of last season. Here is a look at this years MIP favorites and who else has won the award historically.

When Is The NBA Most Improved Player Announced?

Although there is no set date that the NBA announces award, we have a good idea of the time-frame. The NBA season will officially end on April 9th, 2023, meaning that the winner will be announced sometime after that. Last year the winner was announced on April 25th, so expect a winner to be named in late-April or early-May.

Who Will Win The Most Improved Player for 2023?

Does Shai Gilgeous-Alexander already have the Most Improved Player award locked up?

The current odds on favor (According to FanDuel Sportsbook) is Oklahoma City Thunder guard Shai Gilgeous-Alexander. Shai is currently averaging 31 points, a seven point increase from last season. He is currently boasting career highs in points, assists, blocks, and steals.

Lauri Markkanen looked to be on the fringes after a turbulent end in Chicago with head coach Jim Boylen and a short stint in Cleveland. It seems as though a fresh start was all it took for the finnisher to find his way in the NBA. Markkanen is averaging career highs in points, blocks, rebounds, assists, and field goal percentage.

The NBA world was sent into shock when the Sacramento Kings traded away guard Tyrese Haliburton mid-way through his second season. Haliburton showed immense potential early in his career, and that potential is finally coming to fruition in his third season. He is averaging career highs in points, steals, rebounds, and is leading the league in assists at 11.3 per game.

It was clear to see that Ja Morant was on a metoric trajectory to superstardom in his first NBA season, winning Rookie of the Year and bringing the Grizzlies within one spot of the playoffs. He took a massive leap in year three, increasing his scoring output by eight points and leading the Grizzlies to second in the West. Morant missed 25 games this season and still earned enough votes to finish seventh overall in MVP voting.

The 2020-21 season was an especially fun one for Knicks fans. They finished fourth in the East, reaching the playoffs for the first time in nearly a decade. The main reason for that was the exceptional play of Julius Randle, who led the league in minutes per game and earned his first All-Star nod.

When LeBron first arrived in Los Angeles it seemed inevitable that the front office would blow up the roster of young players and trade for an established superstar, which they did! Brandon Ingram was sent to the New Orleans Pelicans (along with Lonzo Ball, Josh Hart and multiple first round picks) for Anthony Davis.

Pascal Siakam was drafted by the Toronto Raptors in 2016 but saw a limited role. He took an incredible leap in 2018-19, more than doubling his points per game average. Siakam is the only player in NBA history to win the Most Improved Player award and an NBA championship in the same season.

The legend of Victor Oladipo in an Indiana Pacers uniform was truly a 'had to be there' moment. Oladipo was electric with the Pacers, constantly hitting clutch shots and showing off high-flying dunks. They would take the defending conference champion Cleveland Cavaliers to seven games in the first round of the playoffs that year, but would end up losing. Oladipo has suffered injuries since then and has bounced around from multiple teams. He currently plays for the Miami Heat.

Giannis took a huge leap during the 2016-17 season, helping the Bucks return to the playoffs. He would earn his first All-Star nod after averaging career highs in every major statistic. Giannis is the only player in NBA history to have won both the Most Improved Player award and Finals MVP.

CJ McCollum is probably the best player in the NBA never to make an All-Star team, but he has won an MIP award. In 2015-16 he boasted career highs in every major statistic, as well as increasing his points per game average by 14. McCollum currently plays for the New Orleans Pelicans and plays an important role as a vet.

Jimmy Butler seemingly came out of nowhere after being drafted 30th overall by the Chicago Bulls in 2011. The duo of Derrick Rose and Jimmy Butler helped the bulls secure the second best record in the East in 2015, with Butler putting up career highs in points, rebounds, and assists. He currently plays for the Miami Heat and is looked upon as one of the best leaders in the league today.

Goran Dragic had a slow start to his NBA career in Phoenix, but truly broke out in 2013-14. He put up a career high 20.3 points per game while shooting over 40% from deep. Dragic has bounced around the NBA as a veteran and currently plays for the Chicago Bulls.

In the early 2010's there was one demigod in the NBA and his name was Paul George. No player in the league could knock down threes, handle the ball, play defense, and slam atrocious dunks on defenders as efficiently as him. George had his best season during the 2018-19 season in OKC, finishing third in MVP voting. He currently plays for the Los Angeles Clippers.