The top performing players in their first year in the NBA 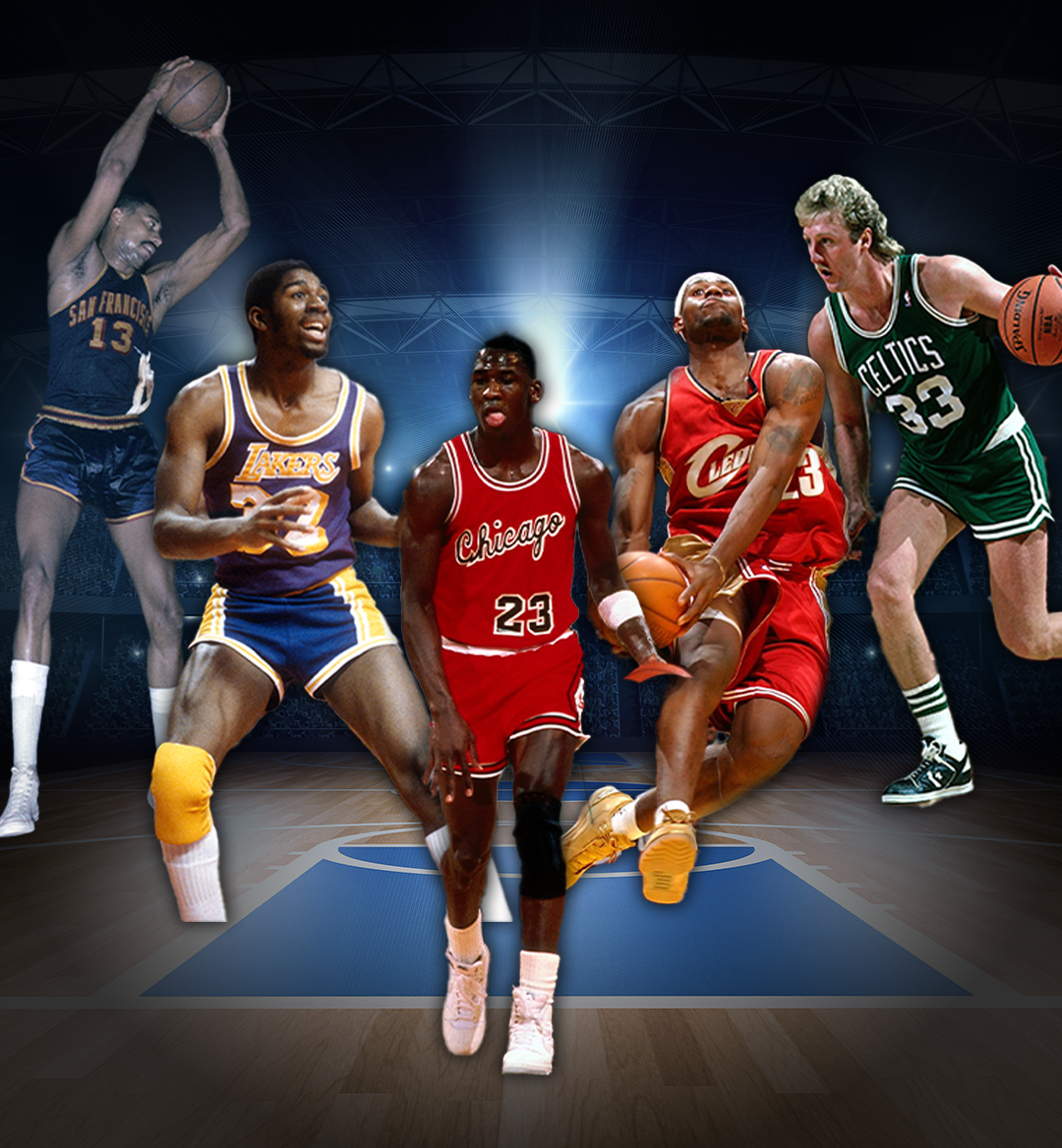 The NBA season may tip-off in October, but the real mark of a new season is the annual draft in June. Tanking franchises look to recover from a dismal season by adding a generational talent. Over the course of its 75 years, we have seen teams add a single player in the draft and turn into championship contenders. Here are the 15 best rookies seasons in NBA history.

The hype that Blake Griffin set-off entering the NBA draft out of Oklahoma was generational, and it was no surprise he went 1st overall in 2009. A knee injury would sideline him the entire year however, making 2010-11 his rookie season. Griffin was fantastic averaging a 20 point, 12 rebound double-double. This also set in motion one of the best inside-jokes in NBA history. He would win rookie of the year in his second season because he had sat out the previous year, making it an annual joke to throw Griffin's name in the ROY voting every year.

After finishing their first season in the NBA a lowly 15-67 record, the San Diego Rockets were looking to establish themselves in the league. They looked to Elvin Hayes out of the University of Houston to make that happen. Hayes was sensational his rookie year leading the league in scoring. He helped the Rockets win 22 more games than the previous year and secured their first ever playoff spot. Hayes would be runner-up for Rookie of the Year and the Rockets would ultimately lose in the semi-finals.

Yes, another rookie from the 1968-69 season has made this list. Elvin Hayes was runner-up for rookie of the year in 69' because Washington Bullets center Wes Unseld took home the honors, along with the league MVP. He is only the second rookie to ever win MVP, and no player has done it since. Unseld helped take the Bullets from 6th in the East to 1st in just a single season. Unseld would claim his single NBA championship in 1978 with the Bullets.

The Dallas Mavericks were in a tough spot in 2018. Their franchises greatest player, Dirk Nowitzki, was getting ready to retire and the team needed to rebuild. They would get everything they needed in more with the boy-wonder Luka Doncic. Doncic became the youngest Euro League MVP at 18 years and helped Madrid win a championship. He was eccentric his rookie year in the NBA, routinely hitting nasty step-backs and game winners. Doncic would win rookie of the year in 2019 and is still currently playing with the Dallas Mavericks.

There may be no personality in NBA history bigger than the great Shaquille O'Neal. Shaq was one of the highest touted prospects ever coming out of LSU. It was a no-brainer for the Magic to take him first overall. He won rookie of the year easily, dominating the paint night-in and night-out. Shaq would eventually leave Orlando and play for five teams across his career en route to five NBA championships.

The origins of David Robinsons 'The Admiral' nickname is some of the best NBA lore. Robinson was playing for the Naval Academy in college and was required to serve before he could enter the NBA. He would help add 35 wins to the Spurs season total and unanimously take home Rookie of the Year honors. He would play his whole career with the Spurs and help them win two NBA championships.

There is and may never be a prospect more touted than LeBron James. The lottery to land the kid from Akron was going to change one franchise forever, and that was the Cavaliers. James took home Rookie of the Year honors after more than doubling the Cav's win column. He would eventually depart Cleveland for Miami, but return and help them win their first NBA championship.

The NBA was at a low-point in the late 70's. Ratings were declining, attendance was abysmal, and the league was in jeopardy of falling. Magic Johnson would turn that around in just one season. With a smile the size of the sun, Johnson helped turn the Lakers into 'showtime'. After leading scorer Kareem Abdul-Jabbar was sidelined with a injury in the 1980 NBA finals, Johnson stepped in at center and dropped an insane 42 points, 15 rebounds, and 7 assists. He would win finals MVP, the first and only rookie to ever be given the honors.

Yes, Magic saved the NBA in the 80's, but he wouldn't of been able to do it without Larry Bird. Together Larry and Magic cultivated the greatest rivalry the NBA has ever seen. Both rookies in 1980, Larry edged out Magic for Rookie of the Year after leading the Celtics to a league best 61-21 record. Larry would play out his entire career for the Celtics and won three championships.

When talking about the greatest scorers in NBA history, it's criminal to leave out the great Elgin Baylor. As a rookie for the Minneapolis Lakers, Baylor averaged nearly 25 points, good enough for 4th amongst all players that season. Baylor would play his entire 13 year career with the Lakers, but retire right before they would win a championship in 1972.

There are few, albeit maybe no basketball player who embedded themselves with such a level of ferocity and heart on the court as Michael Jordan. He hit the ground running, leading the league in total sports scored his rookie year. Jordan would win Rookie of the Year over Hakeem Olajuwon of the Rocket's. MJ would go on to win 6 championships with the Bulls before retiring on the Wizards.

The great Kareem Abdul-Jabbar is one of the greatest figures to be apart of the NBA. From leading the Lakers to championships, to staring on the big-screen, and most importantly fighting for fundamental rights, Kareem was unapologetically himself. In his rookie year for the Milwaukee Bucks he added 29 wins to their record. He would also help the Bucks win their franchises first NBA championship.

Most NBA fans may not know the name 'Walt Bellamy', but his importance in the grand scheme of the NBA is crucial. He has the third highest point per game mark for any rookie in NBA history, and was a key reason the Washington Bullets were able to become a solid organization. Bellamy also led the league in field goal percentage his rookie year, knocking down 51.9% of his attempts.

The big 'O' is one of the best all-around talents to ever take an NBA floor. His rookie season displayed just that, nearly averaging a 30 point triple double. Robertson helped add 14 wins to the Royals win total and secured himself Rookie of the Year honors. He would ultimately end his career in Milwaukee where he would win his sole championship.

The NBA's record book of absurd stats could honestly have Wilt Chamberlain named as an author. No player has ever and will ever score as many points or grab as many rebounds that Wilt did his rookie year. He was so unstoppable he was awarded the league MVP on top of his Rookie of the Year honors. Wilt would go on to win two NBA championships and will be remembered as the greatest stat-stuffer ever.