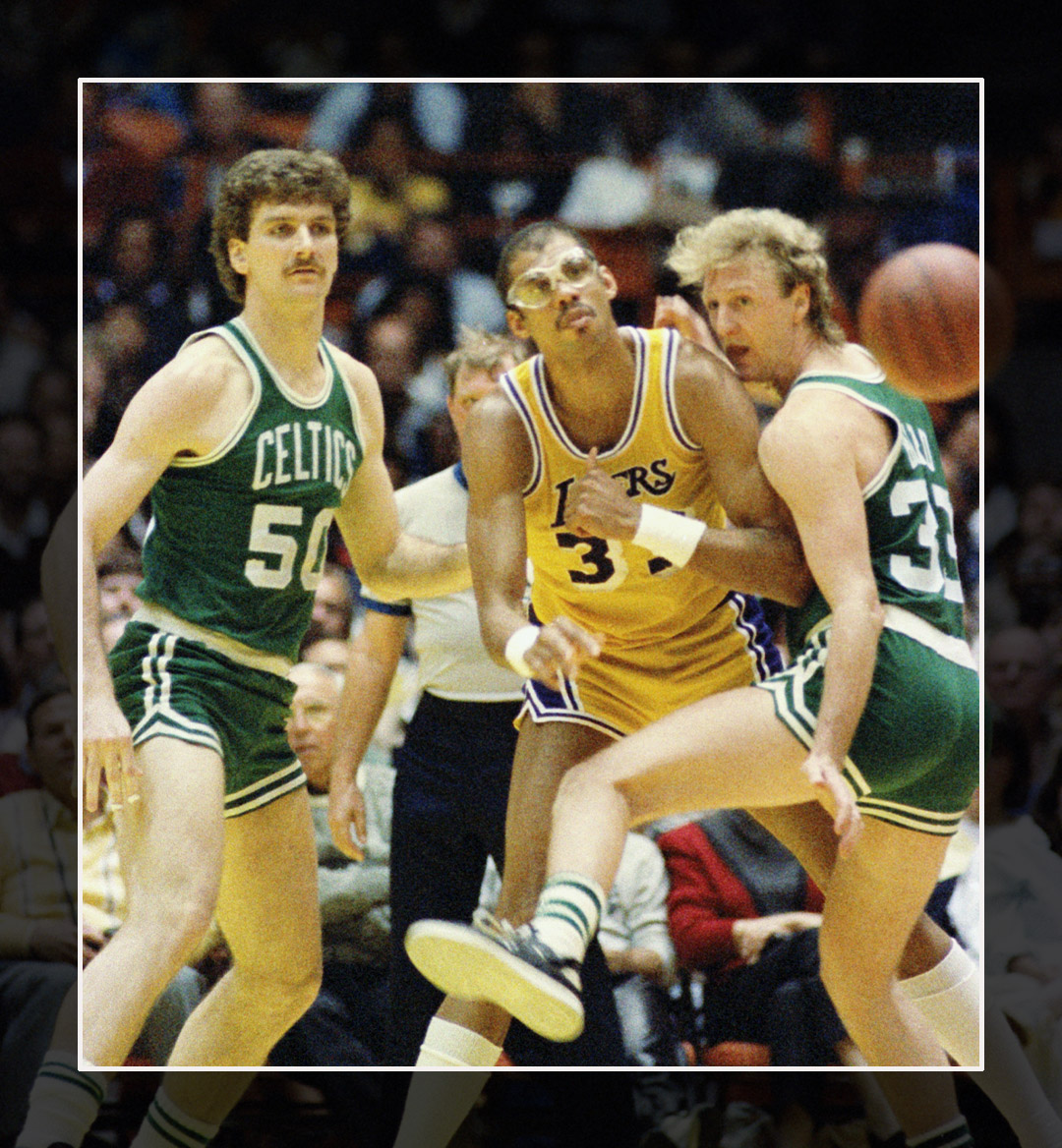 Which are the greatest NBA rivalries of all-time?

The game of basketball is a beautiful game. It's fluid, fast-paced, and jam packed with high-flying highlights. Something that makes the NBA even more fun, is how unnecessarily drama filled the league can be. The storylines off the court unfold like the midseason climax of a Telenovela, and we eat it up.

As drama and storylines have intertwined over the NBA's 75 years, a number of high profile rivalries have made the league that much more fun to watch. From the Boston Celtics and Los Angeles Lakers to Wilt Chamberlain and Bill Russell, these are the greatest NBA rivalries to ever exist.

The NBA would not be what it is today without the legends who laid the groundwork. The NBA was just a decade old when the Boston Celtics would select Bill Russell second overall in the 1956 draft. Three years later, the Philadelphia Warriors would select a demigod from the Harlem Globetrotters, Wilt Chamberlain, and the first NBA rivalry would ensue.

Chamberlain undoubtedly wins the edge in this rivalry if you're looking at statistical accomplishments. Wilt the Stilt basically wrote the NBA record book, holding 72 all-time records, including most points in a single game after becoming the first player to score 100 points in a game. Russell clears Chamberlain by a mile if we're looking at winning on the court. Russell helped lead the Celtics to 11 championships, solidifying them as the first great NBA dynasty. Chamberlain may have finished with more than double the career points, but Russell has nearly six times as many championships.

The 2010's NBA will surely be remembered as the Cleveland Cavaliers vs Golden State Warriors era. With an aging team in Miami and no guarantee of another championship, LeBron James left the Heat to form another big three in his hometown of Cleveland. Simultaneously, the Warriors development of Steph Curry, Klay Thompson, Harrison Barnes, and Draymond Green was coming to fruition.

The two teams would meet in the NBA finals for the first time in 2015, and Steph Curry was able to round out his first MVP year with a championship. The Warriors would use that momentum to rifle off a NBA record 73 wins the next season and make a return to the finals to play, you guessed it, the Cleveland Cavaliers. After going down 3-1, LeBron James went full Thanos mode and willed the Cavs back to force a game seven, a game they would end up winning.

The Warriors would recruit Kevin Durant the next summer, forming the greatest five-man lineup the NBA has ever seen. They may not have surpassed their regular season wins record, but the Warriors would handily beat the Cavaliers in the next two finals. This would mark the first time in NBA history that the same two teams played in four straight NBA finals. Although LeBron James is not with the Cavs anymore, they have one of the hottest young rosters in the NBA. Is it possible we see the fifth installment of a Warriors vs Cavaliers NBA finals this year (I hope not).

When Shaquille O'Neal entered the NBA in 1992, the league knew it was in trouble. A quick moving giant who could dominate anyone in the paint, O'Neal was built to take over a basketball court. Off the court, he was known for his childish but hilarious attitude. On the other side of the spectrum was the Admiral, David Robinson. Robinson is just as skilled as O'Neal, but is quiet and reserved.

After a litany of off-the-court comments between the two players, a beef was ensuing that no one could stop talking about. The difference in personalities was the most glaring, but what Robinson would do in 1994 took the beef to a whole new level. In just his second year O'Neal looked to be the NBA scoring leader with 2,345 points headed into the last game of the season, while Robinson was sitting with 2,312 points. The Admiral would put up a career high 71 points in the last game of the season, taking the scoring title from O'Neal.

The praise that Michael Jordan gets for being the GOAT of basketball did not come easy. Although Jordan was dominating the league throughout the 80's with top scoring performances and flying highlights, the Bulls were never able to win anything significant. That's because the Detroit Pistons stood in their way. Dubbed the 'Bad Boys', the Pistons of the late 80's and early 90's claimed two titles.

The Chicago Bulls and Detroit Pistons would meet in the playoffs four years in a row from 1988 to 1991. The Pistons would win the first three meetings playing a physical brand of basketball known as the "Jordan Rules" which saw heavy defensive pressure and attention to Michael Jordan. MJ would get his revenge in 1991, sweeping the Pistons while averaging nearly 30 points and 7 assists across the series.

The younger generations may not be aware, but the Bulls and Pistons are definitely one of the greatest NBA rivalries ever.

There is no rivalry between individual players in any sport that can compete with the likes of Larry Bird and Magic Johnson. Two basketball legends destined by the cosmos to be intertwined, this rivalry was more than fate. Bird and Magic would first face-off in the 1979 NCAA finals. Bird led the cinderella story Indiana State Sycamores to an undefeated season and a trip to the NCAA finals. They would be outplayed by a much better Michigan State squad, led by Magic Johnson.

Both players would enter the NBA the next year, with Bird winning rookie of the year, and Magic winning a championship and finals MVP. The Lakers and Celtics would meet in the Finals three times, with the Lakers winning two of those meetings. The 80's will be remembered as the era of Bird and Magic, and for good reason. The two would end the rivalry on a high-note by winning gold as teammates and co-captains for 1992 USA Olympic 'Dream Team'. It is no understatement to say that Magic and Bird are the reason the NBA is as popular as it is today.

There are few rivalries in all of sports that can contend with the history of the Boston Celtics and Los Angeles Lakers. Two of the NBA's oldest teams, the Celtics and Lakers have been going at since the NBA was created. The two teams have met in the NBA finals a record twelve times. What's most notable about those meetings is how spread out they are. They would meet in the finals six times throughout the 1960's, three times throughout the 1980's, and twice since 2000. The series would go to seven games in five of those twelve series.

Not only was the rivalry heated on the court, but opposing owners and GM's regularly beefed. Red Auerbach was the longtime coach and GM of the Celtics and was known for his swaggering attitude. He would prematurely light up cigars on the bench during the fourth quarter of games in anticipation of his team winning and would regularly taunt the Lakers. Although the Lakers are in a lull right now, we will surely see these two franchises meet again one day in the finals.

Did I miss any of the greatest NBA rivalries? Shoot me a tweet @justincohen24 and let me know which one you think deserves to be on this list!