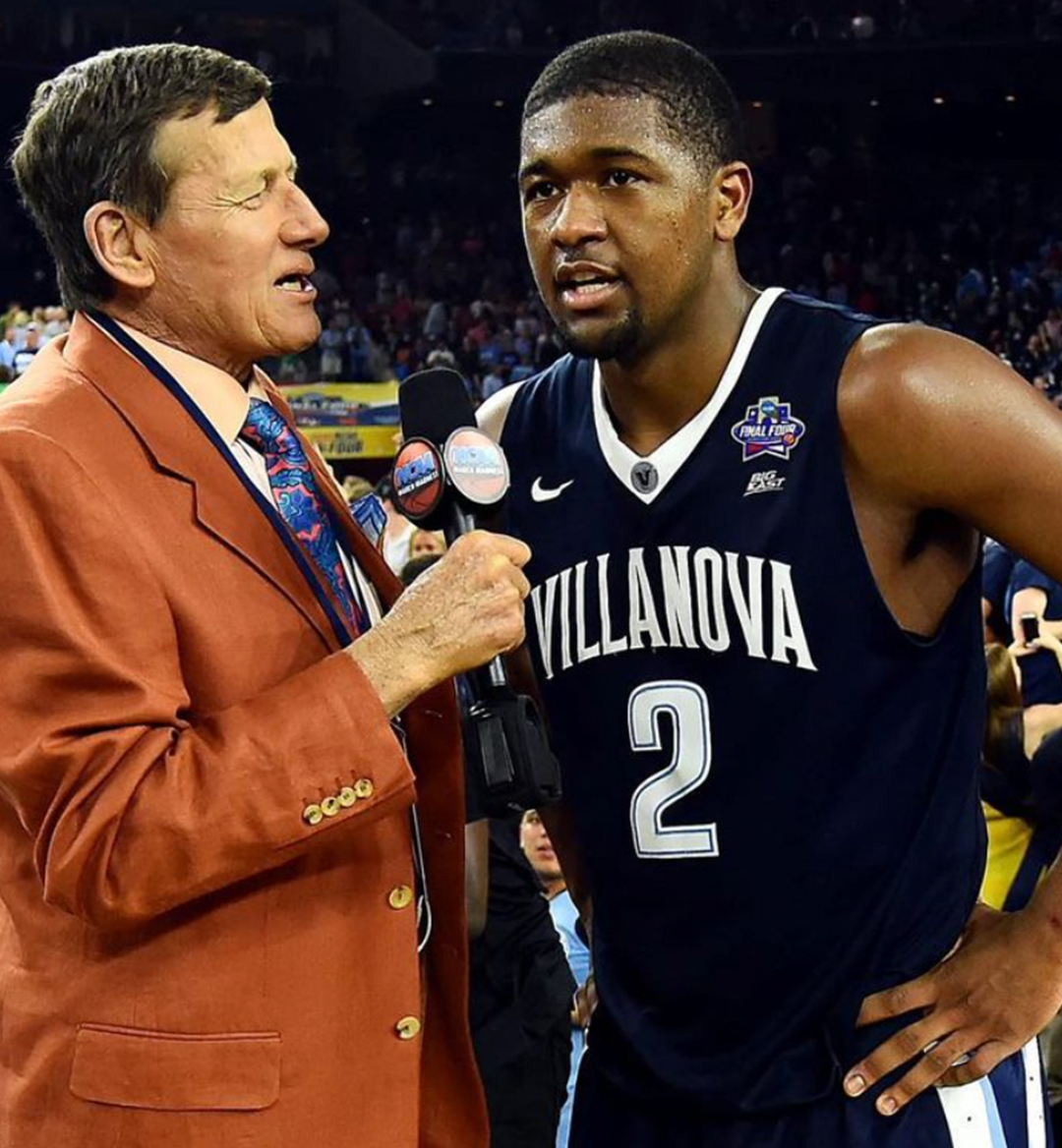 Kris Jenkins will forever have his place not just in Villanova Wildcats history, but in NCAA history with his buzzer beating, championship-winning shot against number one ranked UNC in 2016. “The shot” encapsulated what March Madness is all about. The score was 74-71, Villanova. With a little over 13 seconds left in the game, North Carolina guard, Marcus Paige hit an almost indescribable three pointer that tied the game at 74 with a little over four second remaining. Those four seconds left Villanova with just enough time to get a shot off. Make it, you win the championship. Miss it, you go to overtime.

Hall of Fame coach, Jay Wright, drew up a play that was originally designed for Villanova senior guard Ryan Arcidiacono, except he didn’t have the look he wanted. It was Kris Jenkins that was open, and with 0.9 seconds remaining, Jenkins pulled up from beyond the three point line to hit the first and only buzzer beater in the Men’s NCAA National Championship. Since Selection Sunday was yesterday, we figured we’d catch up with Jenkins to talk about this historic moment, and what he has been up to recently.

ONE37pm: Great to chat with you Kris! We all want to know what was going on through your mind when you hit the shot?

Jenkins: Well, North Carolina’s Marcus Paige had just hit this circus ridiculous tough shot. As we were walking back into the huddle, we kind of had a sense of the play that we were going to run. We were all pretty calm because we knew there was time to get a good look.

ONE37pm: What was the play Coach Wright drew up?

Jenkins: It’s crazy because normally in that scenario we would give the ball to Arcidiacono who was our senior captain. Obviously we were going to give him the ball and tell him to win the game with our end of the game scenarios that we ran at practice. Daniel (Ochefu) set a good screen, and Arch was able to make a good pass because he didn’t have the shot he wanted. I was the last option. Arch was the first option, and then Phil [Booth] and Josh [Hart] were the second and third options.

ONE37pm: How much can you share about your upcoming NFT project?

Jenkins: We definitely have some NFT projects coming out in the near future, so be on the lookout for that. We’re also going to do a separate auction for the game shoes that I wore during the championship. So we’re in the process of figuring out how to do that, while also trying to map out how we can give back because that’s something that I’ve always wanted to do. I want to make a positive change and put a smile on a Villanova fan's face because I’m pretty sure the buyer will be one.

ONE37pm: What does a normal day in the life look like for you?

Jenkins: A normal day in the life is me continuing to strengthen my hip because I was playing basketball and had a little minor setback. I’m recovering that and trying to exalt business relationships while creating new relationships because that’s what it’s about not only in the basketball world, but in life in general. I help my mom with my grandad from time to time, and I’m just staying focused on the next basketball season coming up.

ONE37pm: Okay final question. The madness has officially begun. What is your advice to the athletes competing this year?

Jenkins: The only advice I would probably give would be to stay in the moment, and be all about winning with your team because that is the best chance you have to do something special. Be in the moment, work as hard as you can, and leave no stone unturned because like you said earlier, this month can not only change the lives of one individual, but an entire university. If you look at it from that regard, it can make you focus more because a lot is at stake.

Be sure to keep up with Kris and all of his latest updates on Instagram and Twitter.