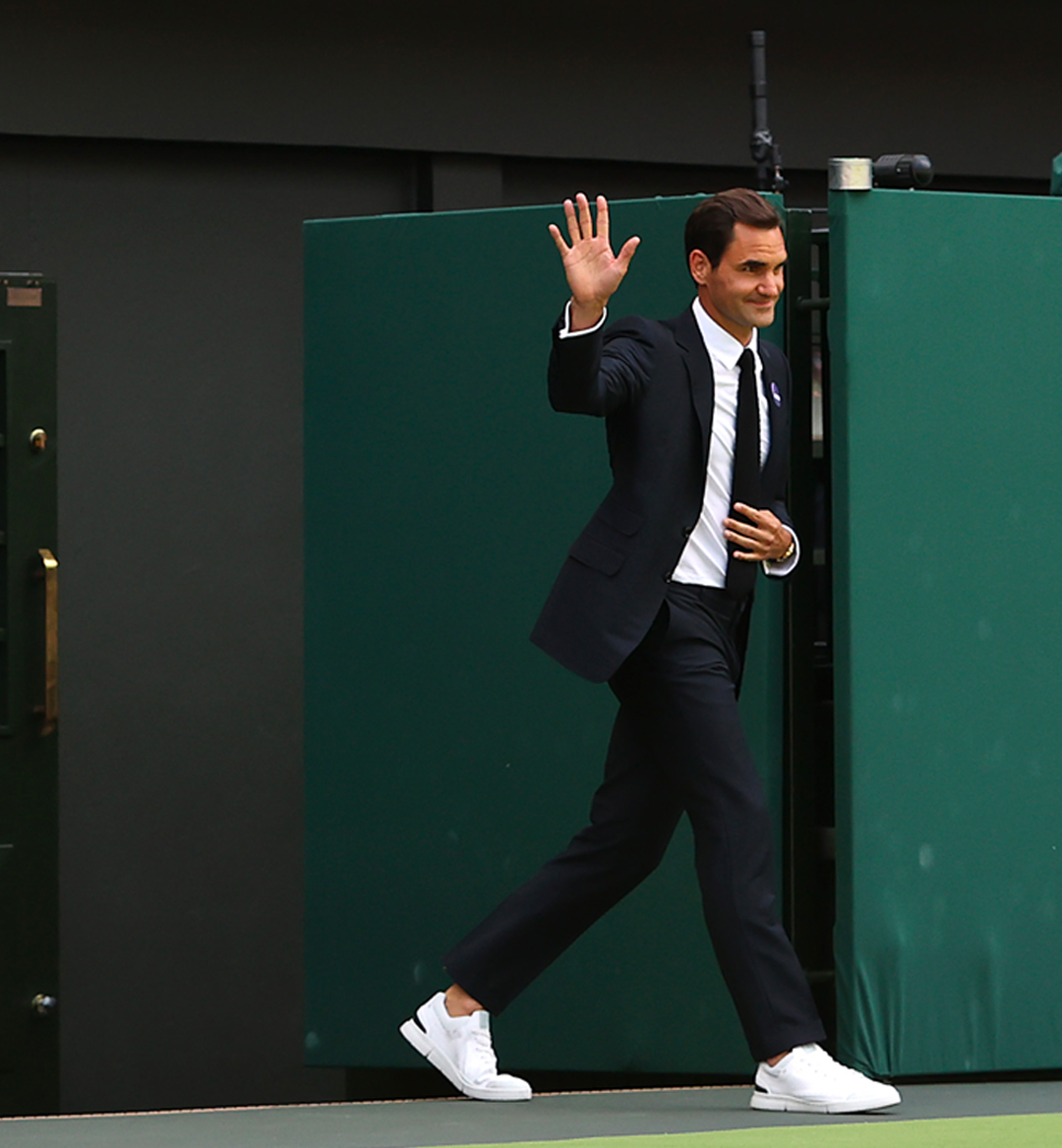 “As many of you know, the past three years have presented me with challenges in the form of injuries and surgeries,” Federer wrote in a statement on social media.  “I've worked hard to return to full competitive form. But I also know my body's capacities and limits, and its message to me lately has been clear. I am 41 years old. I have played more than 1500 matches over 24 years. Tennis has treated me more generously than I ever would have dreamt, and now I must recognize when it is time to end my competitive career.”

Alongside his contemporaries Rafael Nadal and Novak Djokovic, Federer is considered to be one of the greatest tennis players of all time. The breadth of his accomplishments and longevity is staggering; there’s a 53,183-word Wikipedia page dedicated solely to his career statistics. A quick sampling of the highlights: his  20 Grand Slams are third-most of all time; his streak of 23 consecutive semi-final appearances is possibly tennis’s most unbreakable record; he’s the only tennis player of any gender to be ranked #1 in the world for four straight years; his 11,478 career aces are more than Djokovic and Nadal’s combined total.

But more than anything, Federer’s true legacy will be the way that he played tennis, the way that he turned crushing physicality into something approximating poetry. As David Foster Wallace wrote in his seminal essay “Roger Federer as Religious Experience,” Federer is “a creature whose body is both flesh and, somehow, light.” To a degree, the ultimate testament to Federer’s beauty and genius is that every word of that last sentence seems perfectly reasonable. No other athletes ever blended the aesthetic and the athletic as easily as Federer, no other athlete's defining trait is their grace.

Whereas tomorrow’s crop of tennis stars have largely adopted the Nadal/Djokovic model of ultra-marathoner cyborgs who hammer groundstrokes from the baseline and don’t get tired, Federer’s sui generis sensibility has always stood on its own. Even if Federer never ran as fast or hit as hard as his rivals, he simply played tennis better. His groundstrokes were crisper, his footwork sharper, his mind quicker. Other players toiled and strained; Federer never had to—or at least he never betrayed that he did. He played tennis for so long and with such natural elegance that it almost became hard to imagine him doing anything else—now it’s time for us and him and everybody else to try.