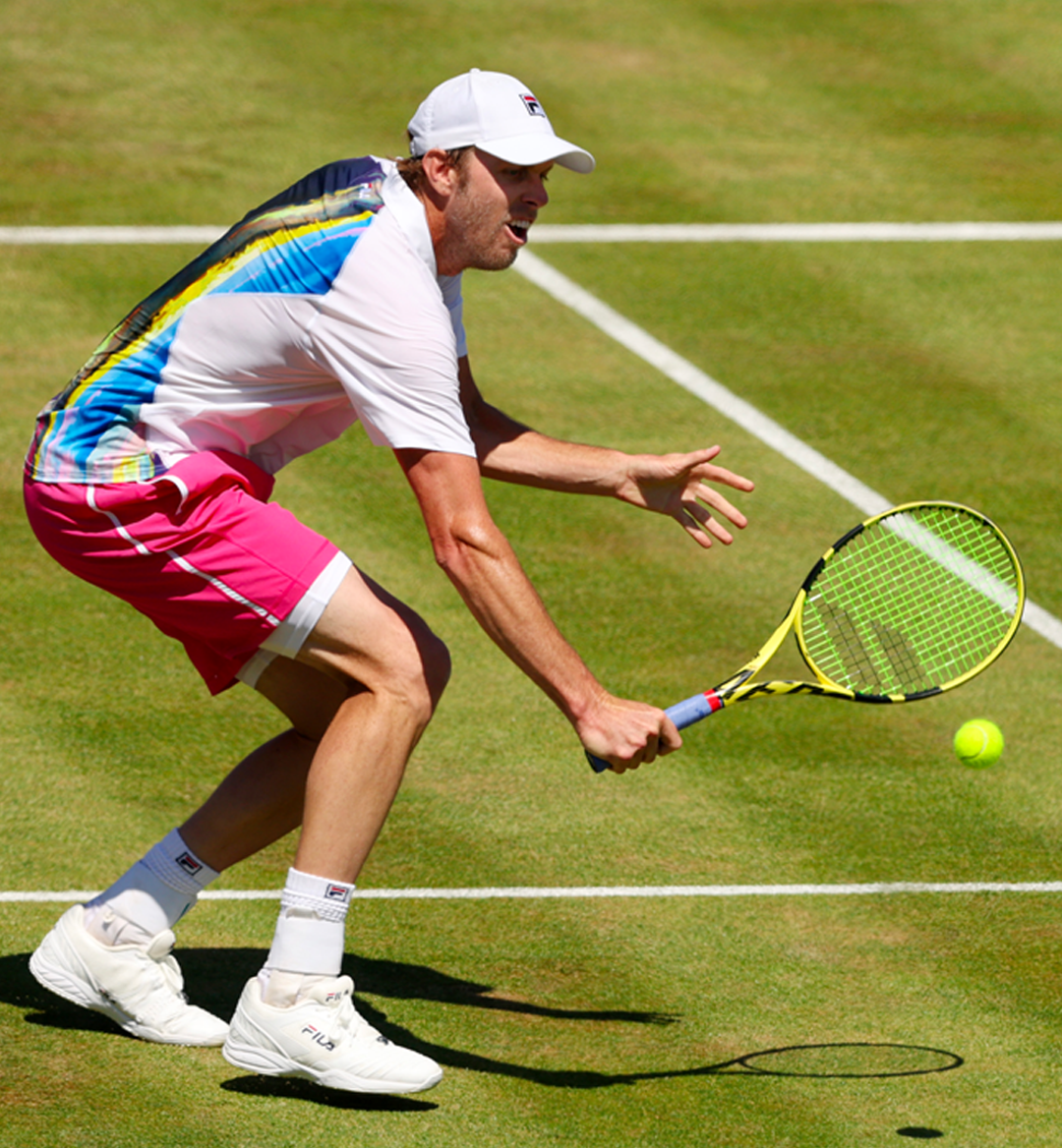 Last August, Sam Querrey, one of the most decorated American male tennis players of his generation, retired from professional tennis, ending a 16-year career on the ATP tour. Today, the former world #11 and two-time Wimbledon semi finalist announced his next chapter: pickleball. In 2023, Querrey plans to compete in singles, doubles and mixed doubles at ten or so tournaments.

"I've been playing on and off with buddies at somewhat of a high level for a while now,” Querrey told Marc Stein in the latest issue of the Stein Line newsletter, “so I feel I'm going into it as a tennis player who's got a background in the sport. I truly believe, if I went into it right now, that I would be like a middle-of-the-pack guy — and I have a lot of upside here moving forward."

Normally, a famous retiree deciding to do a famous retiree activity isn’t exactly national news—the ESPN ticker never blares “breaking news: Juan Martin Del Potro goes for a walk at the mall.” But Querrey’s transition represents a new frontier for pickleball, injecting the sport’s highest level with a level of name-recognition that had heretofore been missing. If the likes of Ben Johns and Zane Navrital have carved out followings as niche micro-celebrities, Querrey is a legitimate star who will immediately be the biggest draw at any tournament he enters, whether that’s on the APP, PPA or MLP.

Although Querrey is by far the biggest name to make the leap, the tennis-to-pickleball pipeline has been flowing for years. In fact, Querrey isn’t even the only pro tennis player to take a swig of pickleball’s enticing, intoxicating brine this week; former Wimbledon junior champ Noah Rubin pledged allegiance to pickleball on Monday. Similarly, top ranked women's players like Parris Todd, Catherine Parenteau and Lee Whitwell all have extensive tennis backgrounds.

Still, whereas Rubin and Todd reached a career plateau in tennis before picking up pickleball, Querrey boasts wins over Novak Djokovic, Rafael Nadal and Andy Murray. To wit, Querrey isn’t just an elite athlete, he’s an elite athlete who’s spent a lifetime tailoring his every movement to fit the modern tennis meta—the 6’6 frame and massive power that made Querrey such a dangerous tennis player could also make it difficult to go spelunking up low-bouncing dinks or negotiate the tight confines of the kitchen. The question—call it the Querrey Query—is how good he'll actually be.

“People want to know how good a top tennis player is going to be at pickleball,” Querrey said. “That's kind of what everyone keeps asking. And I want to be the guy to prove that.”

This is the next step in pickleball’s evolution—attracting players like Sam Querrey is the surest way to ensure that pickleball can make the leap from the Times’ style section to its sports pages. A year ago, the prospect of a former Wimbledon semi finalist taking the pickleball court with Tom Brady and LeBron James cheering him on would sound like an impossible fantasy. Now, it’s quickly becoming reality.