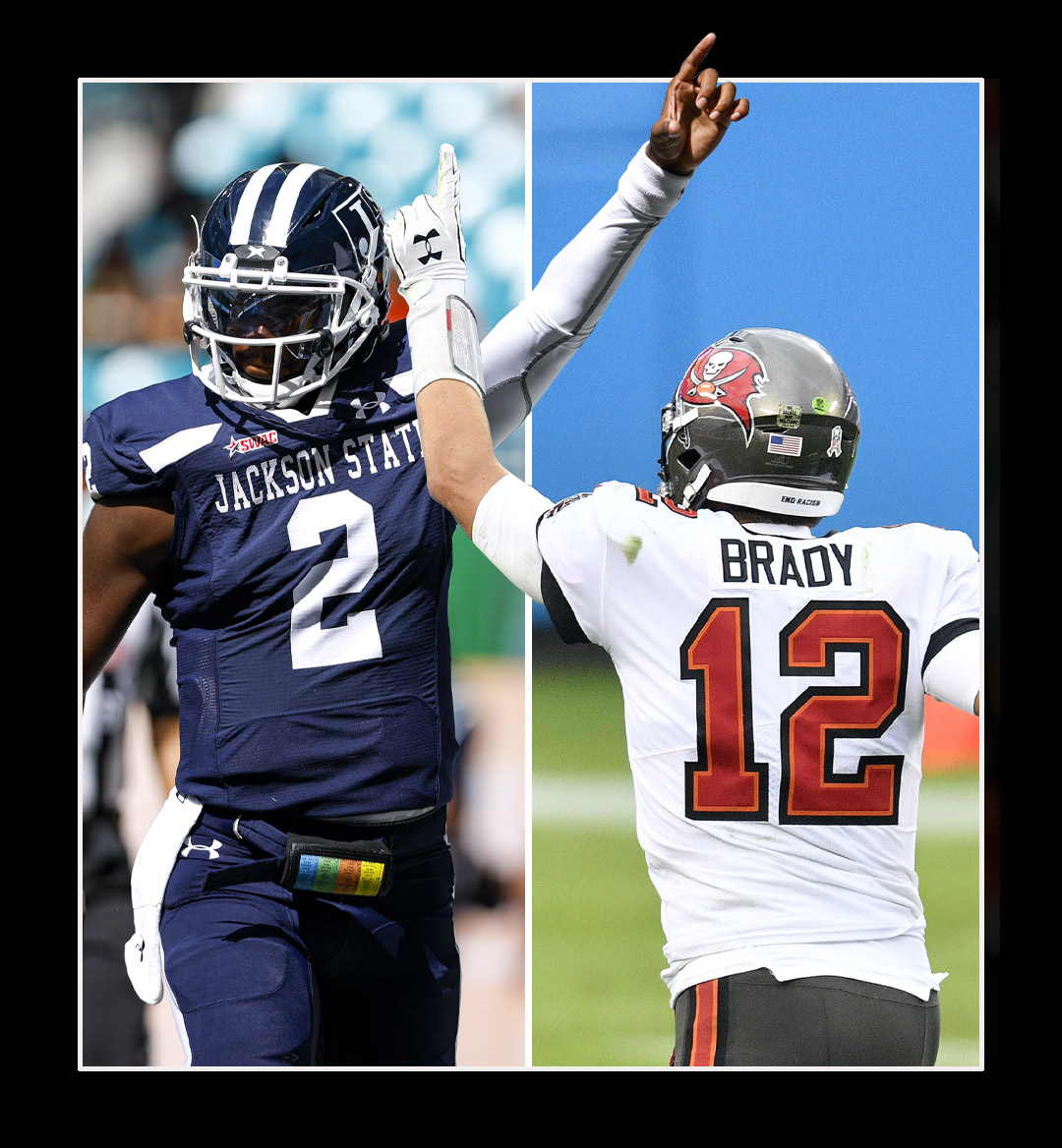 Who needs Giselle when you can have NIL?

“Shedeur Sanders is the perfect ambassador for BRADY,” Tom Brady said in a release. “He embodies everything we look for in a BRADY athlete, and his character and values align perfectly with our brand. Not only is he an exceptional football player and quarterback but he is one of the most influential players of his generation, and we’re thrilled that he’s officially joining the BRADY family.”

Sanders is the first individual athlete to partner with BRADY Brand. As part of the deal, Sanders will consult on future product development. Moreover, he'll rock BRADY Brand gear throughout the remainder of Jacksonville State’s season.

“I’m so excited to work with the BRADY team. Tom has been a longtime mentor to me both on and off the field, and I’ve been a fan of his apparel brand since its inception, so this partnership feels like a natural next step. I couldn’t be more grateful and excited to join the list of world-class athletes that represent the brand,” said Shedeur Sanders in a statement.

Although Sanders spurned bigger programs to play for his dad at Jacksonville State, he is still one of the biggest NIL draws. According to estimates from On3.com, Sanders is the ninth most valuable college football player, worth approximately $1.2 million on the NIL market. Beyond BRADY, Sanders is also the first HBCU athlete to sign a deal with Gatorade as well as the youngest ever pitchman for Beats by Dre.

Most impressive, Sanders is just as prolific on the field as he is off it.  Last season, Sanders threw for 3231 yards and 30 touchdowns and won the Jerry Rice Award as the best freshman in the FCS. This year, he’s even better—Sanders has led his team to a 5-0 start and completed more than 73% of his passes, tossing for 1,713 yards and 17 touchdowns against just two interceptions.