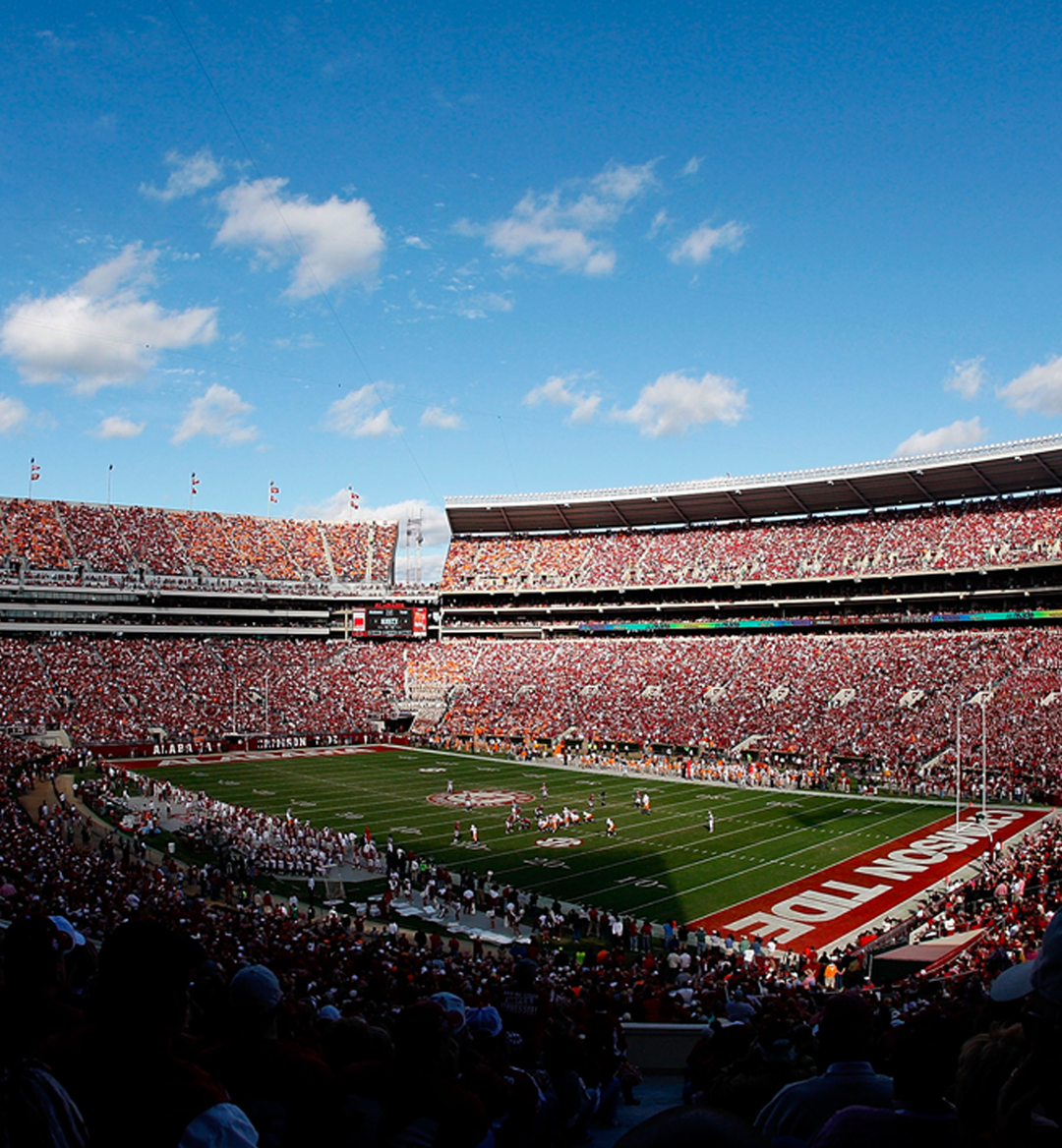 While the SEC and Big Ten have emerged as 16 team mega-conferences with media deals that will generate hundreds of millions of dollars each year, the state of college football at large has never been more uncertain. Here's everything you need to know about the history—and future—of college football realignment.

Founded in 1932, the SEC has been the most prominent conference throughout its history. Composed of football-crazy schools in the southeast, the SEC teams have claimed a combined 44 national championships over the years. Between Alabama, Tennessee, Florida and LSU, the SEC houses some of the sport’s most iconic programs. Once Texas and Oklahoma join (which will take place some time before 2025), the SEC will cement itself as the deepest and most prestigious conference in all of college football.

Presently, the SEC doesn’t seem likely to expand once Texas and Oklahoma join the fold. However, multiple ACC schools—namely, Clemson, Florida State, North Carolina and Miami—could be attractive to the SEC if they look to leave the ACC.

Once a group of ten Midwestern universities, the Big Ten has morphed into a trans-continental, 16-team titan with the recent additions of USC and UCLA. Coupled with the SEC, the Big Ten has used the mania of college football realignment to turn the Power Five conference structure into something closer to a Power Two. Once their new television contracts begins in 2023, the Big Ten is expected to rake in more than $1 billion dollars annually, giving them the richest media rights deal in college sports history. Although only Michigan and Ohio State have made the Playoff, the conference contains historic teams like Ohio State, Michigan, Nebraska, Penn State and, eventually, USC.

Despite overtures from Washington and Oregon, the Big Ten seems to be content with 16 teams as they prepare to ink their new TV deal. To be sure, this doesn't mean the Big Ten is done growing. If they wish to expand, they could raid Pac 12's carcass. Beyond Washington and Oregon, Stanford and the Cal-Berkeley both meet the Big Ten’s academic and athletic profile. Above all, the Big Ten’s dream acquisition would be Notre Dame. Although Notre Dame’s plush TV contract with NBC means that the school is in no rush to join a conference, they could be pressured into joining the Big Ten if their independent status hinders their ability to make the College Football Playoff.

Since its establishment in 1953, the ACC has grown beyond its original Carolinas-centric boundaries. At the present moment, the ACC now spans from Syracuse, New York to Miami, Florida. After being one of the major players during the last round of college football realignment in the early 2010s, the ACC has largely sat out this round. As such, their strict GOR makes it financially prohibitive for any school to defect until 2036, lest they’re able to stomach a $100 million exit fee.

To a degree, the grant of rights (GOR) is both a gift and a curse for the ACC. On the upside, the conference has stability since no school can pay to leave right now. On the downside, the conference's below-market TV deal runs until 2036, paying its schools a small fraction of what SEC and Big Ten schools earn.

Despite (or maybe due to) its success, the Big 12 has had its marquee programs poached by other conferences. In the early 2010s, the Big 12 lost Nebraska, Colorado, Texas A&M and Missouri. By 2025, Texas and Oklahoma will join the SEC, potentially ringing the death knell for the Big 12. In response, the Big 12 has added some of the strongest Group of Five schools. Accordingly, Houston, Cincinnati, Central Florida and BYU will join in 2023. While these are strong programs, they lack the same cache as Texas or Oklahoma.

Right now, all options are on the table. If they act aggressively, the Big 12 could follow in the footsteps of the SEC, Big Ten and ACC and expand to 16 teams by adding the best available teams from the Sun Belt and Mountain West Conferences. Conversely, it could disband, as its remaining programs vie for future bids to the Big Ten and SEC. Most ambitiously, it could merge with the orphans of the Pac 12. The Big 12 that exists now won’t be the Big 12 that exists in five years—if the Big 12 even exists at all.

Following USC's and UCLA's departures, the Pac 12 is in disarray. Neither USC nor UCLA have been successful recently, but they represented the conference’s biggest brands. In this light, the Pac 12’s situation feels dire, but the conference could still withstand the latest college football realignment frenzy. For the most part, Oregon, Washington and Stanford are strong enough to anchor the conference. In fact, Oregon and Washington are the only two Pac 12 teams to make the Playoff.

In similar fashion as the Big 12, the Pac 12 is in a tough spot. As the West Coast's top conference, the Pac 12 may add schools such as San Diego State and Fresno State to their roster. Still, this isn't necessarily financially wise. In this sense, the cost of splitting the TV deal with additional schools may outweigh any advantages. Allegedly, the Pac 12 and Big 12 have considered merging, but a 20+ team conference is too unwieldy to be feasible or competitively balanced. As such, the Pac 12 remains vulnerable to future rounds of college football realignment. Looking ahead, Oregon and Washington could bolt if the Big Ten opens its doors.