Breaking Down Every UFC Welterweight Champion Ever 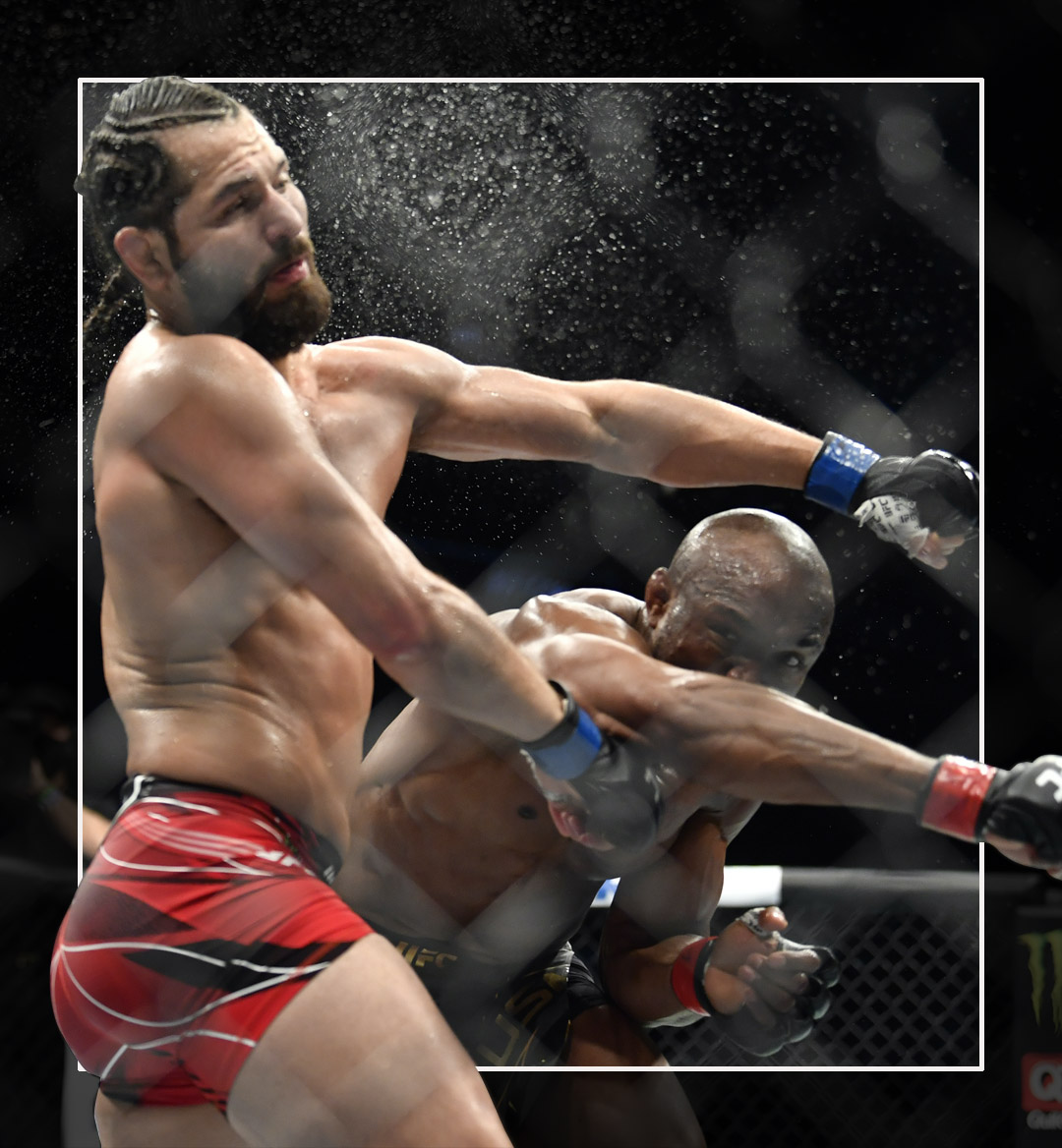 There is nothing quite like the rush of watching a UFC fight. Two warriors enter the octagon with one directive, beat the guy in-front of you. Whether it's the last-second knockouts or the impeccable technique of a tap-out, it's undeniable how entertaining the UFC is.

Because mixed martial arts and any fighting sport in general requires you to physically fight with an opponent, weight classes and divisions are needed to ensure safety and fairness. There are eight divisions in the UFC, with Strawweight being the lightest at 115 lbs, and Heavyweight being the heaviest at 265 lbs. We're focusing on the Welterweight division, which classifies fighters at 155 lbs to 170lbs. These are all the UFC Welterweight champions.

In one of the most improbable title upsets in UFC history, Leon Edwards knocked out Kamaru Usman at UFC 278. Edwards entered the fight a +300 underdog, and struggled throughout the fight. Late in the fifth round however, Edwards delivered a devastating kick to the face which would end the fight.

Edwards has not been able to defend his title yet but there is a fight in the works for March of 2023. All signs would point to a Edwards vs. Usman trilogy fight which would put an end to the epic rivalry between these two fighters.

Love him or hate him, there is no denying that Kamaru Usman had one of the most dominant title defense runs in UFC welterweight history. After taking the belt from Woodley at UFC 235, Usman would defend that title across five more fights before ultimately losing to Leon Edwards.

Usman defended his title against the likes of Colby Covington, Jorge Masvidal, and Gilbert Burns. Usman will have a chance to take the title back in a rematch against Edwards on an unnamed future UFC card.

The kids today may know him as the guy who lost to Jake Paul in a boxing match, but at one point Tyron Woodley was one of the most feared men on the planet. Woodley dominated his fight against Robbie Lawler, sending a flurry of punches in the first round that ended the fight.

Woodley would go on to defend his title on four occasions. He defended his belt against the likes of Stephen Thompson, Demian Maia, and Darren Till.

When the UFC title was vacant, Robbie Lawler had a chance to lay his claim against Johny Hendricks at UFC 171, but ultimately lost by unanimous-decision. He would get his revenge at UFC 181, defeating Hendricks by split-decision.

Lawler would defend his title successfully twice. He would defeat Rory MacDonald as well as Carlos Condit before eventually relinquishing the title to Tyron Woodley. Lawler's most recent fight resulted in him getting knocked out in the second round by Bryan Barberena.

With Georges St-Pierre taking time off UFC for health and personal reasons, the Welterweight title was left vacant. Although Hendricks had just lost to St-Pierre, he was still first in-line at a title fight. After a highly-contested fight that went the distance, Hendricks was awarded the title by unanimous decision.

Hendricks was not able to defend his title successfully and would lose to Robbie Lawler in his next fight. Henricks would continue fighting in the UFC until his most recent loss against Paulo Costa in 2017.

There is no greater fighter in the UFC welterweight division than the masterful Georges St-Pierre. After losing the title in his first defense to Matt Serra, he would take that title right back in a rematch. It only took two rounds for St-Pierre to claim his stake back as Welterweight champion.

St-Pierres run as champion spanned over five years, with him successfully defending the title on nine different occasions. He would never actually lose the title, but instead vacated the title to take a break from the UFC due to injuries and personal reasons.

In one of the most unexpected upsets the welterweight division has ever seen, Matt Serra defeated Georges St-Pierre just one fight after he had won the belt. Serra stunned the world with a first round knockout that is still legendary to look back on to this day.

After losing to Matt Hughes and failing to claim his spot to a vacant UFC welterweight title, Georges St-Pierre would get his rematch at UFC 65. He would take out Matt Hughes in a second round TKO, claiming the title for the first time in his illustrious career.

Matt Hughes is one of the most decorated UFC fighters of all-time, at one point holding the record for most UFC wins at 17. After the welterweight title went vacant, Hughes was given a shot at redemption by taking on GSP at UFC 50. He would submit St-Pierre in the first round, claiming his right back as the UFC welterweight champion.

Matt Hughes was looking unstoppable on a 5 title-defense streak. BJ Penn was subbed in late for the title fight, mainly being because Hughes had decimated all top-ranked opponents. In shocking fashion Penn would submit Hughes at the end of the first round. He would soon-after sign a contract with a competitor of the UFC, leading to his title being stripped.

As dominant as Georges St-Pierre was, Matt Hughes may have been just that dominant. He held the Welterweight twice over his career, defending it a total of 7 times. He would first claim the title after issuing one of the most devastating knockouts in UFC history, slamming Carlos Newton into the ground while pressed up against the cages.

Carlos Newton may have had a short-lived stint as the UFC welterweight champion, but he will always be the second person to ever hold the belt. He took down Pat Miletich at UFC 31 with a devastating choke-out in round three. Newton remains one of the best early tap-out artists the UFC had to offer.

There are few figures as important to the early days of UFC as the great Pat Miletich. Miletich was the first ever welterweight champion, and would win four title defenses. He also created his own fighting camp and team which saw fighters win titles in three separate divisions.