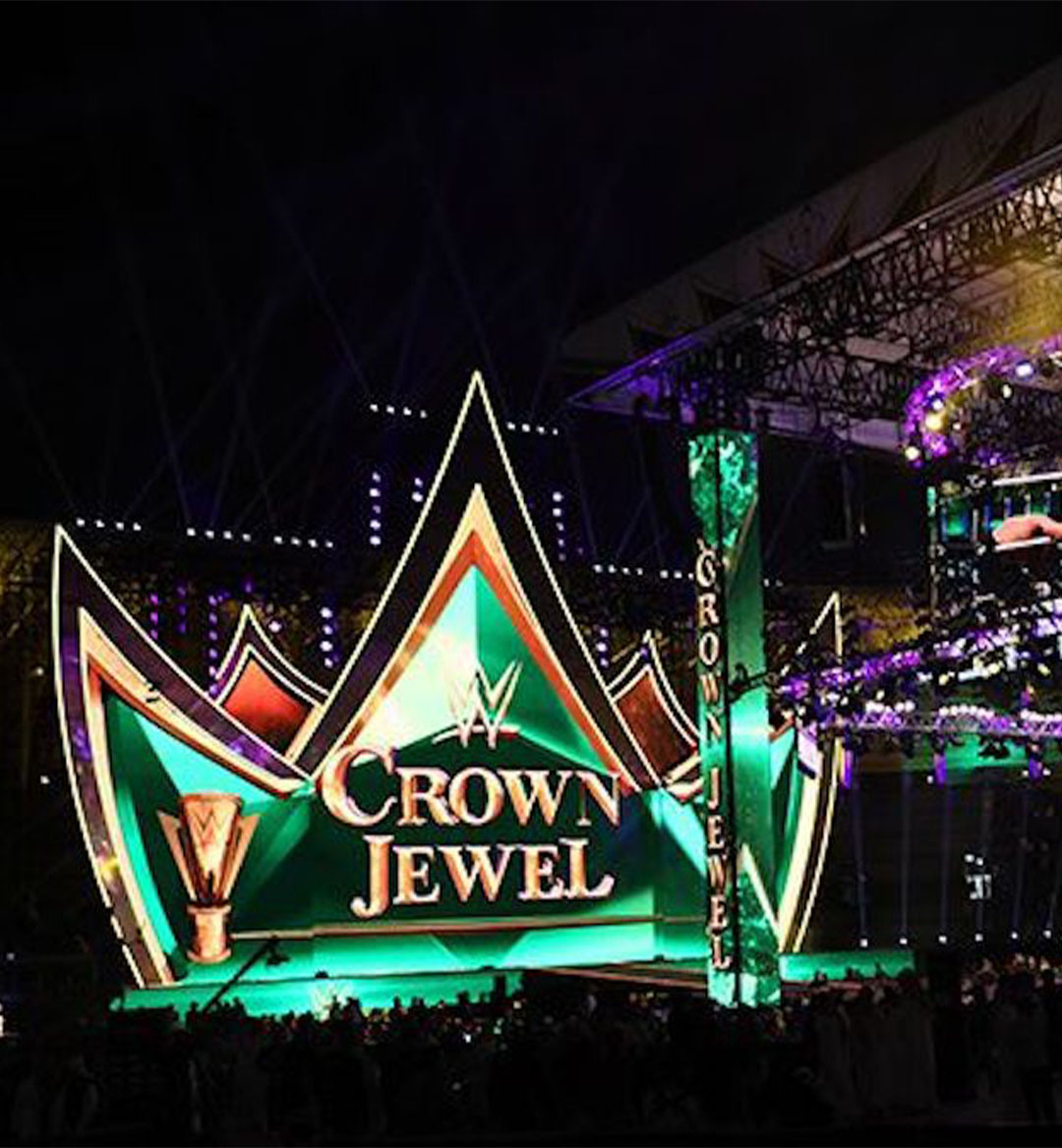 You guys already know the type of matches that are booked whenever the WWE roster hops on a flight to Saudi Arabia! And that's marquee matchups that wouldn't look out of place being contained within a two-night WrestleMania event. For the 2022 edition of Crown Jewel, which is set to emanate from Mrsool Park in Riyadh, Saudi Arabia, that theme still remains intact as a bunch of big-time encounters are planned to go down in front of a super appreciative overseas crowd. Allow me to properly cover those matches with my crystal ball in hand for my WWE Crown Jewel 2022 predictions.

RELATED: The 30 Best WWE Wrestlers of All Time 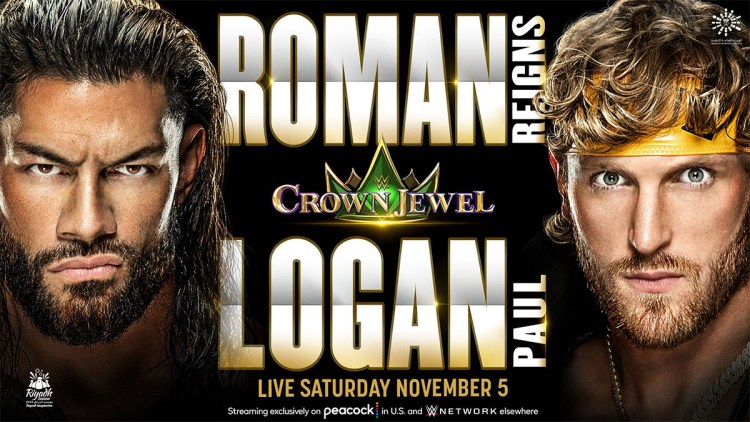 Preview & Predictions: During the last edition of Raw, Alexa Bliss and Asuka shocked me and everyone else when they overcame the duo of Dakota Kai and Iyo Sky for the WWE Women's Tag Team Championship. And just mere days later, the new titleholders will have to defend their newly won straps against the previous champs on this major show. I just can't see the new champs dropping the titles so soon after winning them - I feel like Bliss and Asuka are gonna have a decent run for another month or two before they relinquish them right back to Damage CTRL. So yeah, the defending champs are gonna retain here.

Preview & Predictions: The brutal beatdown handed out by The Bloodline to Sheamus has now put the Irish brute on the shelf for the time being. Thankfully, his allies in the form of his fellow Brawling Brutes have what it takes to get their much-needed revenge on The Usos. I'm very much looking forward to seeing Butch go crazy in there just by snapping some gingers and stomping some elbows to the delight of the crowd. He and Ridge Holland would make for great new tag team champs, no doubt. But I just can't envision the epic reign of Jey and Jimmy Uso coming to a close anytime soon. So yeah, Holland and Butch are gonna let their leader down with a devastating loss here.

Preview & Predictions: THE BOYS ARE BACK IN TOWN! I sure missed hearing AJ, Karl Anderson, and Luke Gallows scream out "BEAT UP JOHN CENA!" a few years back. Anyways, all three original Bullet Club stablemates have rejoined in order to take on another former member of their crew, who has found refuge among his new allies in The Judgment Day. It was a pleasant surprise to see Finn Bálor and his backup finally get a major win on PPV back at Extreme Rules, which has given them a big push heading into this PPV.

These two stables could both use the win - I'd be perfectly fine with either The O.C. getting their comeback win or The Judgment Day getting another victory on a premium live event. But only one six-man squad can prevail here, obviously. I'm gonna point toward Styles, Anderson, and Gallows leaving with their hands raised here - it doesn't make any sense for them to lose in their very first match together on such a major show. Dominik Mysterio, who I see as The Judgment Day's weak point, will be taking the losing pinfall here.

Preview & Predictions: We got a case of Goliath vs. Goliath here, ladies and gentlemen. And to be quite honest, I'm not expecting a Match of the Year candidate here - this big-man brawl between Braun Strowman and Omos is gonna be a war that probably won't go all that long. Before Strowman made his return, Omos was the main behemoth walking around the WWE landscape that just couldn't be stopped. But now that Strowman is back in the mix, I see him being the one to reclaim his spot as the sole giant of WWE that's damn near unstoppable. In this battle of the giants, I see Strowman eventually steamrolling over Omos here.

Preview & Predictions: This feud has been going strong for a while now, hasn't it? Since returning at SummerSlam this year, Bayley and her Damage CTRL stablemates have zeroed in on Bianca Belair and her allies. Bayley's previous attempt at capturing the Raw Women's Championship at Extreme Rules was a failure, but that defeat soon got overshadowed by Bayley nabbing a non-title win over Belair on a recent episode of Raw. Now we're right back to these women clashing for the top women's prize on Raw once again.

Now you would think that Bayley would finally prevail over her latest rival and claim that title after all she's been through. I feel the same exact way, but I still think there's plenty of gas left in the tank for Belair's run as the champ. I presume this match being Bayley's last attempt for a while when it comes to vying for the Raw Women's title. My money's on Belair retaining here, which will lead her to a quick feud with the returning Nikki Cross. As for Bayley and Damage CTRL, I think they'll move on to compete in the Women's WarGames match at Survivor Series.

Preview & Predictions: As I expected, Karrion Kross managed to overcome Drew McIntyre at Extreme Rules during their Strap Match. And as I figured, this feud wouldn't just come to an end due to the fact that Scarlett stuck her nose in that aforementioned match and gave McIntyre a reason to request a rightful rematch. Now that both men are getting locked into a Steel Cage, the element of Scarlett hopefully won't be much of a hindrance to McIntyre's progress this time around. I'm guessing that this ongoing war between McIntyre and Kross will be extended once "The Scottish Warrior" defeats his latest foe in the Steel Cage. And once Survivor Series WarGames comes around, my gut tells me these two men will run it back for a third and final time. For this match, my WWE Crown Jewel 2022 predictions point to McIntyre getting a babyface comeback victory here.

Preview & Predictions: You know what's one of the most hyped-up matches of all time that severely disappointed me? Bobby Lashley vs. Brock Lesnar at the 2022 Royal Rumble, which was nothing more than a setup for yet another matchup between the "Tribal Chief" and Lesnar at WrestleMania 38. Now that Brock is back from his hiatus and Lashley is without his championship gold, both men have all the energy in the world for each other and are ready to get into another big-man brawl on the big premium live event stage.

Now I'm extremely confident that this rematch will be a million times better than the severe letdown that was their first encounter. Just like how Lashley vs. Goldberg at Crown Jewel 2021 was a massive improvement over their SummerSlam 2021 bout, I'm expecting this second meeting between WWE's powerhouses to raise the bar above its predecessor. Lashley got the win the first time around and Lesnar could use a major comeback win now that he's back in the saddle. Lesnar's gonna tie up this feud 1-1 with a triumphant win here.

Preview & Predictions: The booking behind this one is pure insanity, bruh. I can't recall the last time a celebrity turned wrestler competed in only two matches and immediately found himself getting a shot at the richest prize in the game. Now I must admit - Logan Paul's performances at this year's past WrestleMania and SummerSlam events were shockingly good. But I just find the way he got pushed towards mixing it up with Roman Reigns based simply on a podcast episode where he challenged the "Tribal Chief" a bit silly. But this is clearly a headline-grabbing encounter that's perfect for a WWE premium event of this caliber, so I get it.

Welp, we all know how this one is going to unfold. Paul will frustrate the champ with his amazing athleticism during the match's first few moments. Then Reigns will finally get his hands on his foe and begin to beat him within an inch of his life for several minutes thereafter. Later on, Paul will dive right into his comeback sequence and bring the crowd to their feet as they start to believe he just may have a chance. After some fierce back-and-forth action, Reigns will land one final Spear and put Paul out to pasture as expected. There's no way Reigns is dropping to belt to a Paul brother in this lifetime.