What Is the Average WNBA Salary?

A history of wages, a breakdown of the new CBA and more. 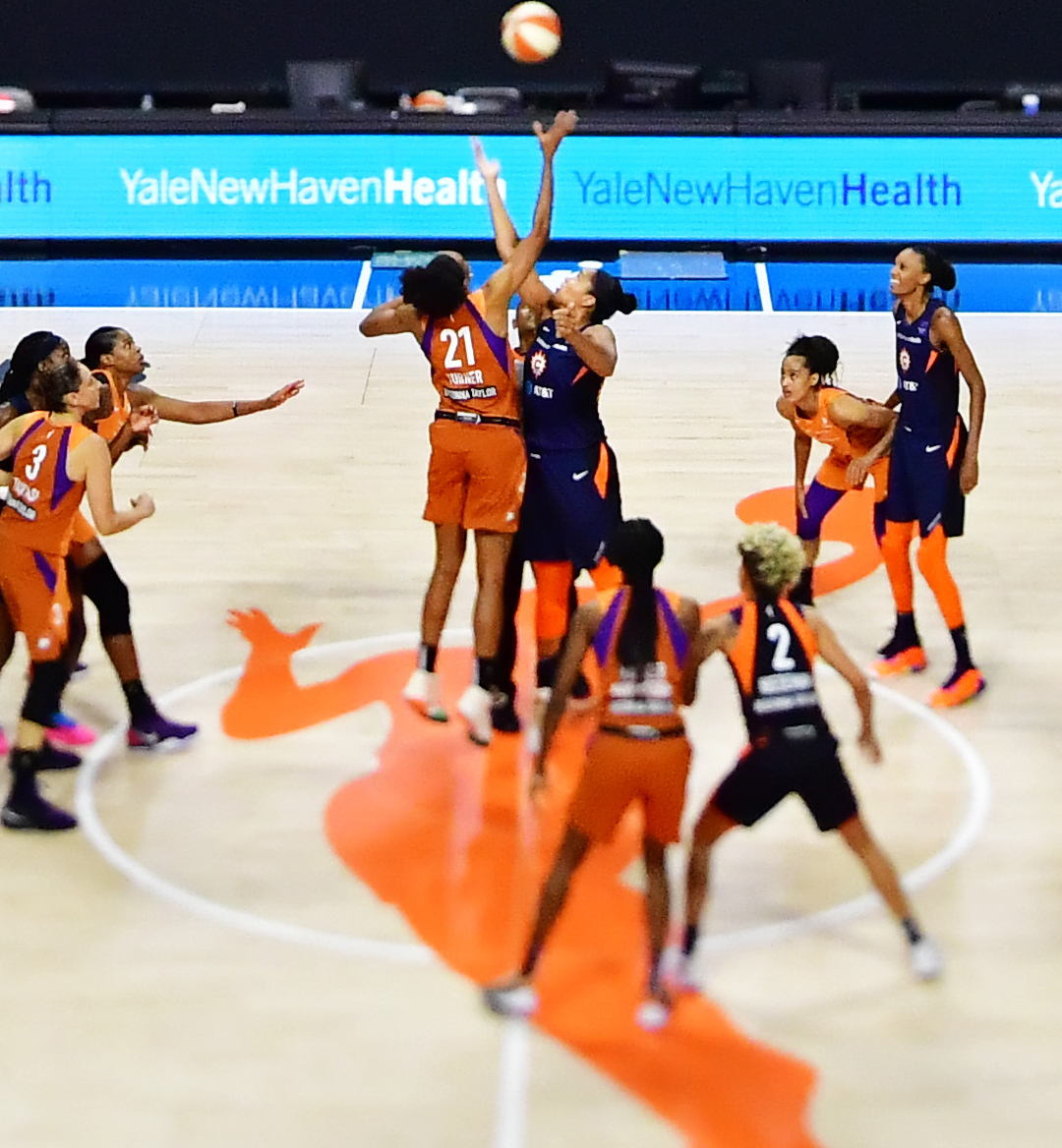 It is of no use to cite the classic sexist, anti-intellectual arguments against better pay for WNBA players; if professional sports in America were a meritocracy, men and women would be compensated equally. The WNBA is one of the most competitive professional sports leagues in the world, and it is not controversial to believe that top athletes deserve pay befitting of their talent. We’ve talked about who is getting paid the most in the WNBA, but what about the other players in the league?

The league itself presents problems 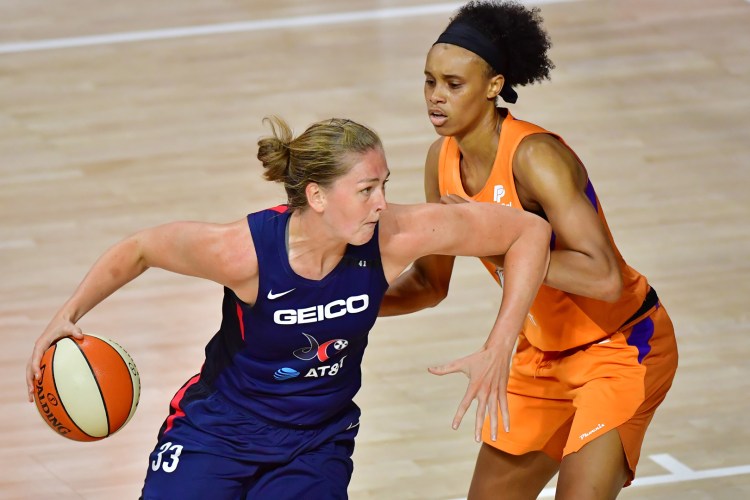 The concentration of WNBA talent is rich, precious, and rare. Just 144 players are parsed out over 12 rosters, and it is extraordinarily difficult to make even the worst team. For example, the University of Iowa legend and 2019 Naismith Player of the Year Megan Gustafson, was drafted 17th overall by the Dallas Wings in 2019. Days later, she was ceremoniously cut from a team that had already lost its two All-Stars during the offseason. While Dallas ultimately re-signed Gustafson, the former NCAA superhero was ultimately an afterthought, finishing the 2019 season averaging 2.9 points in under ten minutes per game.

The WNBA problem is by no means a talent, skill, or ability problem—until, of course, the league pushes its brightest stars away. WNBA players are in the habit of playing year-round at opposite ends of the earth with very little recovery time; there are bigger deals to be negotiated with oligarchs abroad. So much money is up for grabs that Diana Taurasi (author of the iconic quote, “we had to go to a communist country to get paid like capitalists”) missed the entire 2015 WNBA season because UMMC Katerinburg paid her to rest. Up until this year, the WNBA did not have avenues to incentivize its marquee players to preserve themselves. At a particularly damning turning point, 2018 WNBA MVP Breanna Stewart ruptured her Achilles during the 2019 Euroleague championship game as a member of Dynamo Kursk; Stewie, one of the greatest winners of all time, missed an entire year of WNBA play.

Talent is lost to other industries

Talent isn’t just being lost to Russia, China, and Australia. The league is seeing players move on from the game and switch careers entirely. 2017 league MVP Sylvia Fowles has been studying mortuary science for years and has taken that career path as seriously as she has basketball.

Meanwhile, Chiney Ogwumike, 2014 No. 1 overall pick by the Connecticut Sun and that season’s Rookie of the Year, has become a household name—not for her basketball stardom, but for her ESPN punditry. Injuries sustained thanks to year-round international play have shifted Ogwumike’s career. A 2014 microfracture suffered in Italy forced her to sit out the 2015 WNBA season; whilst playing in China in 2016, Ogwumike injured her Achilles and had to miss the 2017 WNBA season. She was subsequently suspended from the Sun in order to free up a roster spot—the team could not afford to pay their injured All-Star, who began flourishing as a talking head in nearby Bristol. Ogwumike, who is now taking time off from the LA Sparks, recently became the first Black woman to co-host a daily national radio show. All power to women pursuing their dreams—but you have to ask, what’s a league without its talent?

The harsh realities of promoting a majority Black women's league

Chicken-and-egg conundrums plague the WNBA. What’s an audience without mainstream coverage and television deals? Where are the headlines and primetime games without an audience? The matter of generating profit is a fundamental American problem. So too are misogynoir and homophobia. For anyone grounded in social reality, a professional basketball league that is majority Black women, and home to an open and out queer cross-section that transcends race, is not profitable. It really is this simple. Minnesota Lynx forward Lexie Brown made it plain: “people in the WNBA are female, successful, and Black. So you put all three of those together, and you got a whole lot of hate.”

How do you market a players’ league to an audience that cannot meaningfully, respectfully engage with those players? How is it worthwhile for women athletes to win over a target audience that has only ever targeted them with harm? How do you capture a new, less prejudiced audience—say, women and LGBTQ+ people, who share identity and community with WNBA players—that has been chronically, systematically barred from the hypermasculine hysteria of professional sports? These questions are complicated and difficult, but it is not practical to move forward in discussions about WNBA growth without acknowledging the league’s tether to broader societal ills.

New money-making opportunities on the horizon 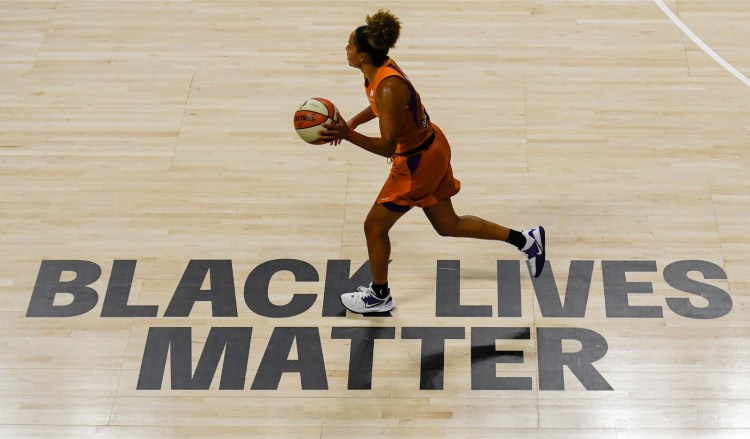 The 2020-2027 WNBA CBA delineates a handful of new earning opportunities for players, including trade, time off, and merit bonuses. Trade bonuses, which cap at ten percent of the remaining base salary on a player’s contract, are made available to players who have accumulated six or more years of service.

A time-off bonus is meant to disincentivize a player from traveling abroad to play during the WNBA offseason, which on the one hand, protects the player from fatigue and injury, and on the other hand, protects the WNBA from losing talent based on earning potential. A player who might benefit from this is Alyssa Thomas of the Connecticut Sun. Thomas has been living with two torn labrums for years, and you’ll be reminded of this whenever you watch Alyssa shoot a free throw (and especially if the opposing team resorts to Hack-a-Thomas). Commentators gab about Alyssa’s chronic injuries as if they’re a quirk, or just an impressive testament to how addicted the All-Star is to working. The reality is damning: Alyssa has been refusing to address her injuries with surgery because she does not want to take time off of playing overseas during the WNBA offseason. For her, rehabilitation and recovery—up to seven months—would cost too much in lost paychecks for surgery to feel worthwhile.

The third new type of bonus is a merit bonus, which can be awarded on either a team or an individual basis. Team achievement bonuses are based on postseason play; any player on a playoff roster on the final day of the regular season will be paid a bonus that scales up based on team success in the playoffs. Individual achievement bonuses are rewarded to players who make All-Star teams and win All-Star Weekend awards and players who earn major league awards and are named to all-WNBA teams. For example, a league MVP who makes the All-WNBA First Team and All-WNBA Defensive Team, as well as their conference All-Star team, stands to earn an extra $29,825 in merit bonuses in a given season. Should that player win a WNBA championship with their team, they tack on an additional $11,356. In the same vein, a Rookie of the Year who makes the All-WNBA Rookie Team and their conference All-Star team wins the All-Star Weekend Three-Point Contest, and loses in the second round of the playoffs will earn an extra $13,603 in merit bonuses.

Also up for grabs are “league and team marketing agreements,” which, like the time off bonus, are designed to tempt players to pass up overseas opportunities. This marketing avenue, which will “recognize top performance and highlight the diversity of the league,” could earn some players up to $300,000 in addition to their base salaries. Further, beginning in 2021, the league will roll out new in-season competitions with $750,000 in prize money set aside.

The WNBA is a league of world-class talent and multitudinous, inspiring women. They deserve better than what they’ve been dealt with, but they and their advocates mustn’t let up.