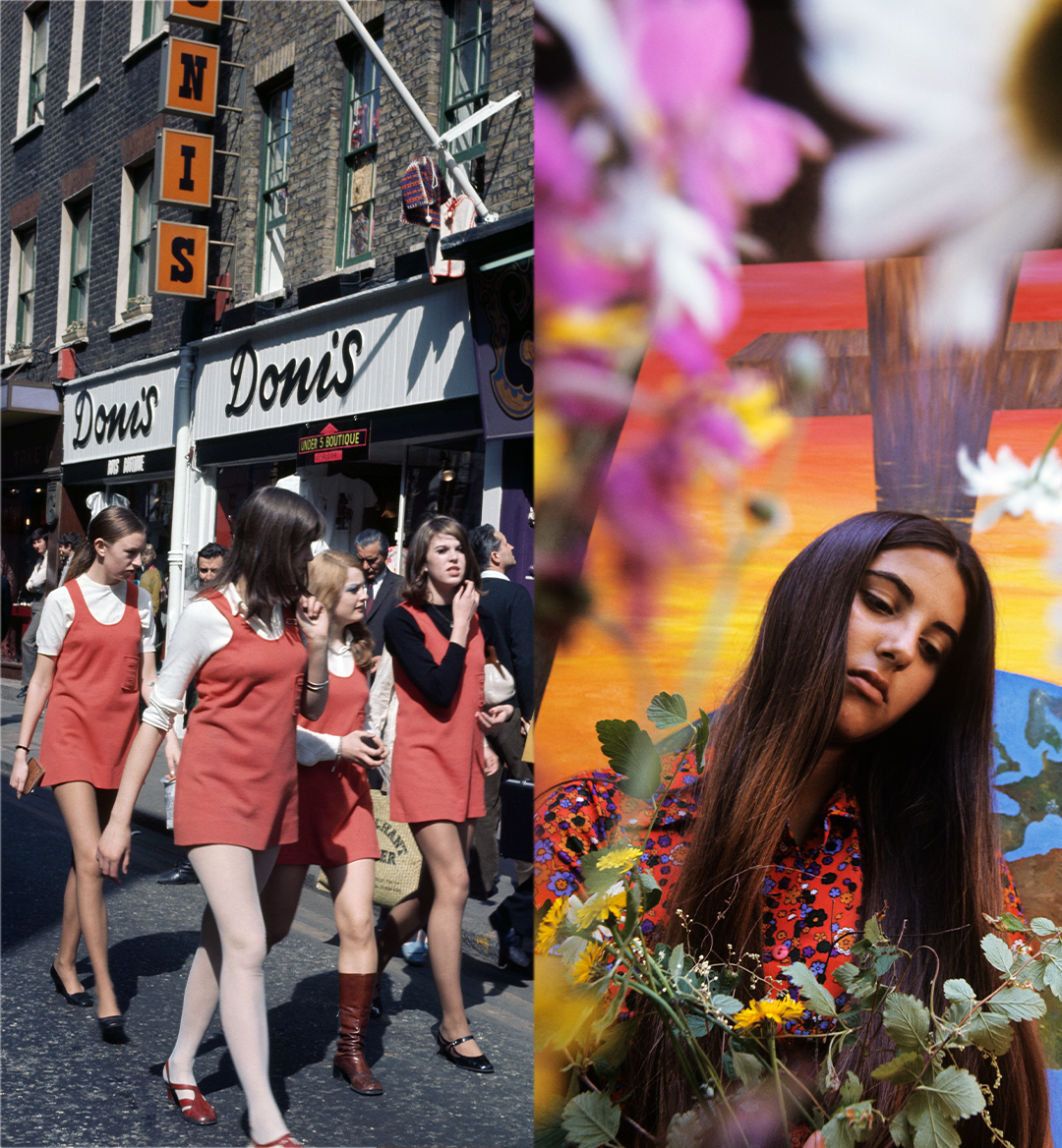 We’ve done the Roaring Twenties. Explored the ups and downs of the 1930s and 40s, and dove into the cultural shift of the 1950s. Now it’s time to dive into the wonderful wonderland of 1960s fashion on film. 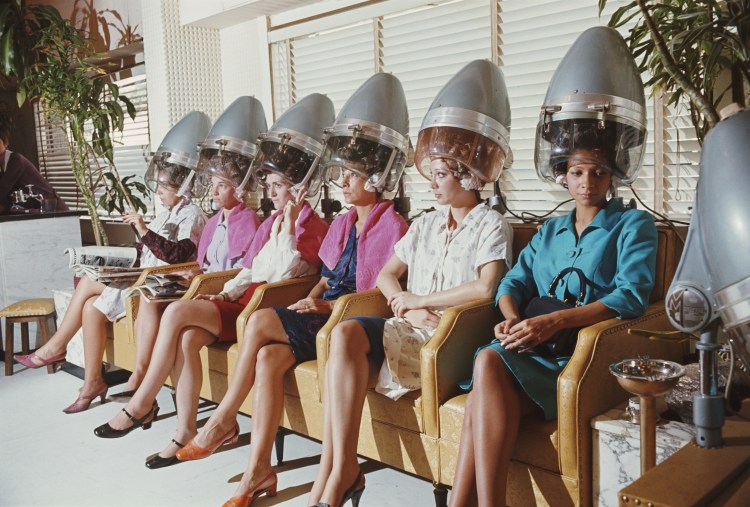 The era where both fashion and film began to experiment with experimentation. The era where technology began to be played with, and futuristic themes were explored. The era where fashion began breaking boundaries and limitations while refusing to conform to previous expectations.

The era where that refusal to play by the rules ultimately led to the birth of hippie culture and fashion. The era still heavily referenced in today’s culture. Let’s explore the Swinging Sixties, and everything they brought forth in the world of fashion and film. 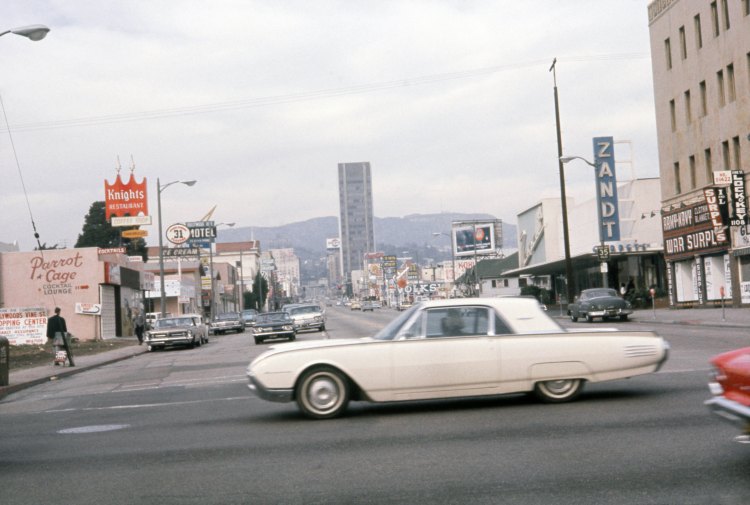 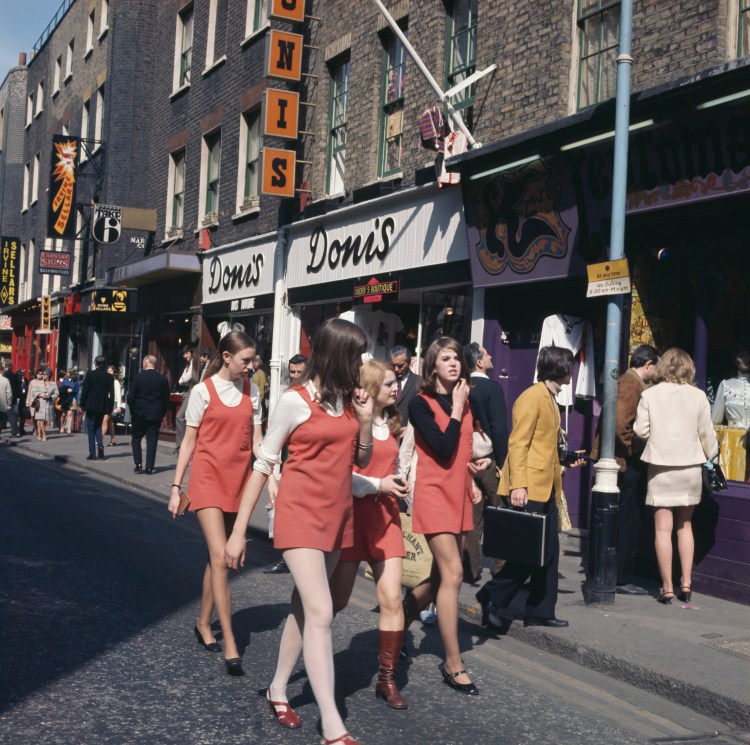 Like we said earlier, the 1960s were the decade where all the built-up tension of having to suppress and restrict individual style to conform to societal beliefs and expectations began to explode. We saw glimpses of it in earlier decades, such as women wearing two-piece bathing suits, pants (yes pants), and gradually shortening their skirt lengths

We also saw it with the men, as they began to realize that you didn’t have to wear suits everywhere to do everything (especially in the warmer seasons where it could be just downright uncomfortable). The 1950s were also the decade where teenage rebellion in fashion began to happen, and that carried over into the 1960s.

Here were the themes. 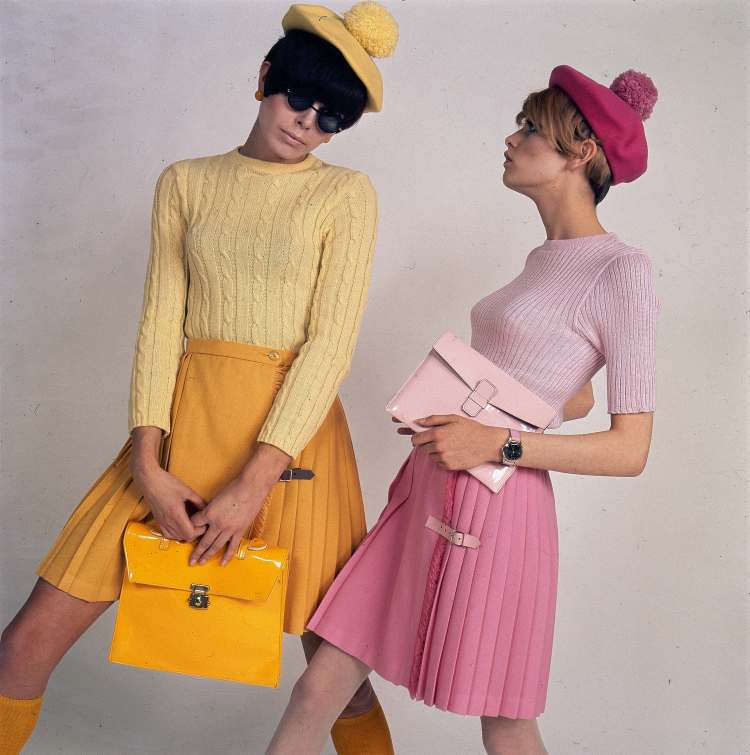 Amongst the women, we still very much had couture and elegant wear that was popular in earlier decades thanks to the likes of Jackie Kennedy-Onassis and Elizabeth Taylor. So that meant two-piece skirts, A-line dresses that slightly accentuated the figure of women, and the blazer/skirt combo that began becoming popular in the 1950s.

On the opposite side, we saw women dressing more casually and dare I say… flirty (gasp). Women started wearing shorts that weren’t knee length (gasp), shirts that revealed a little bit of their stomach (gasp), and don’t even get us started on the hippie attire (deep sigh). 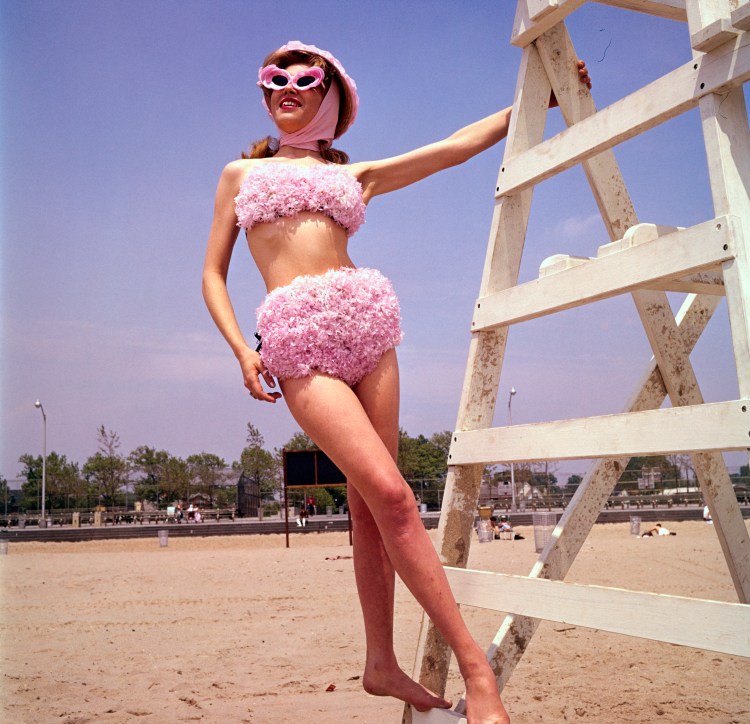 The 1960s also saw the emergence of rock bands that you may recognize. Do The Beatles and Rolling Stones ring a bell? It was also the beginning of the Motown era which was an incredibly fruitful and inspirational time amongst the Black community. Many of the fashions in the African-American community were influenced by Motown artists, which is something that we’ll get into in a different article. 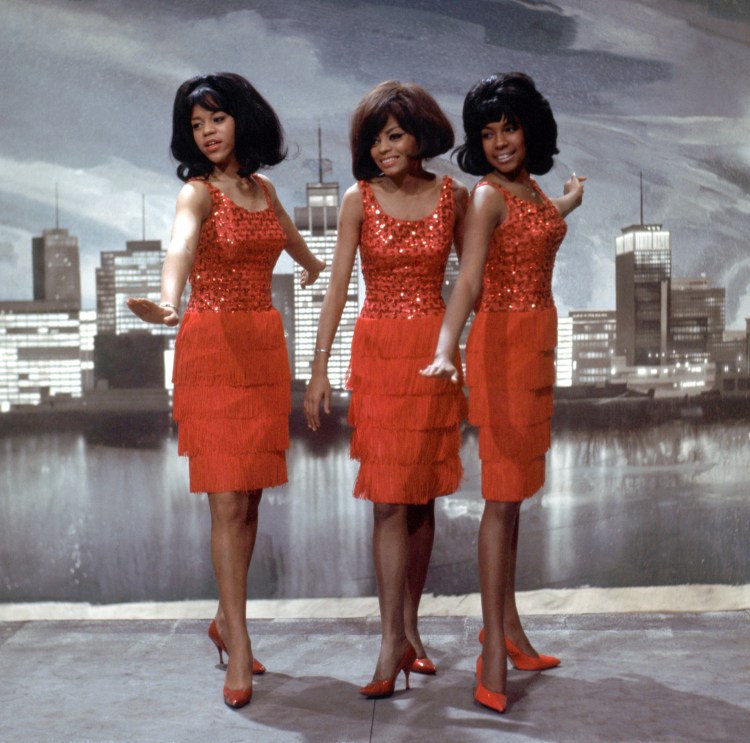 Psychedelic clothing and many of the themes that we saw develop extensively in the 1970s also began becoming popular towards the end of the 1960s, and you also the trend of voluminous hair and makeup. Twiggy, Priscilla Presley, Jane Fonda, and many others were some of the biggest fashion inspirations in women’s Hollywood at that time as well. 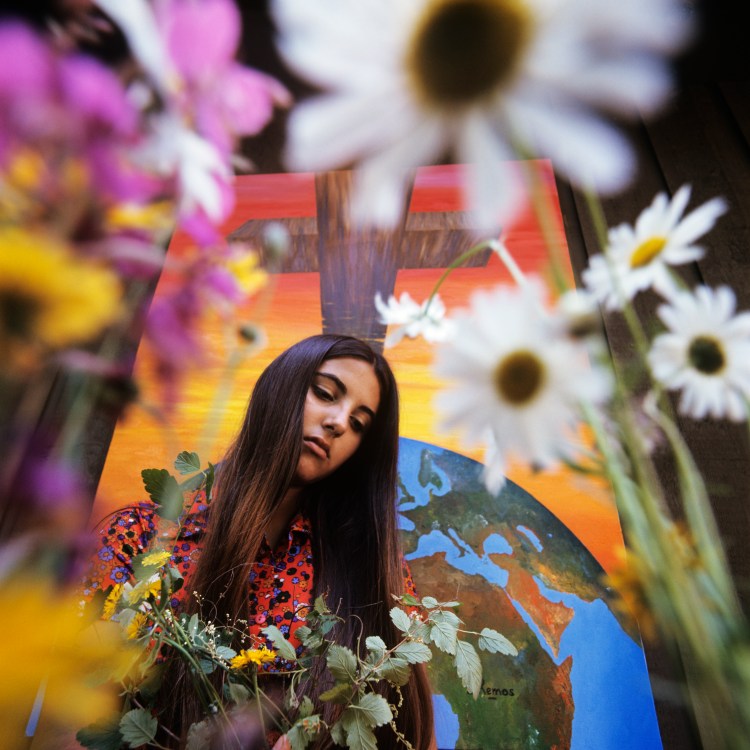 As for the men, Ivy League fashion (which was essentially preppy fashion) was huge during that time with cardigan sweaters, polo shirts, etc., and suits were definitely not abandoned either. In fact, they actually began making a more popular comeback with the rise of James Bond (who was portrayed by Sean Connery during that time). 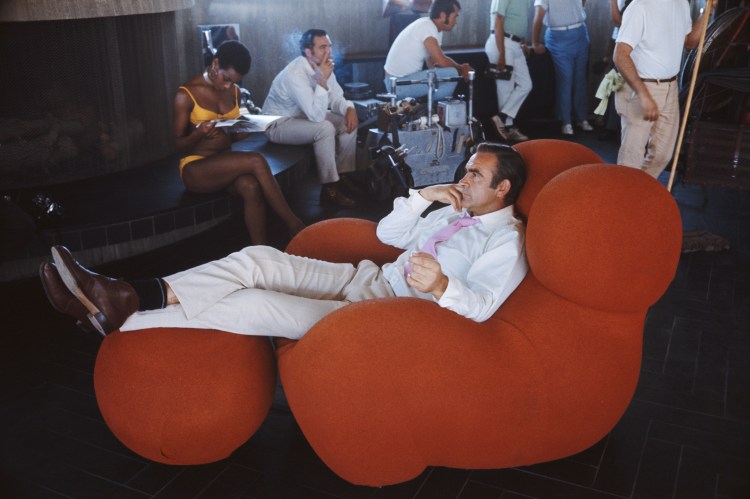 There was even something called surf fashion, which was inspired by the boy bands like The Beach Boys (which was mostly surf jackets, beachwear, tropical-patterned shirts, etc). Western cowboy wear also became popular towards the end of the 1960s along with, of course, hippie fashion. 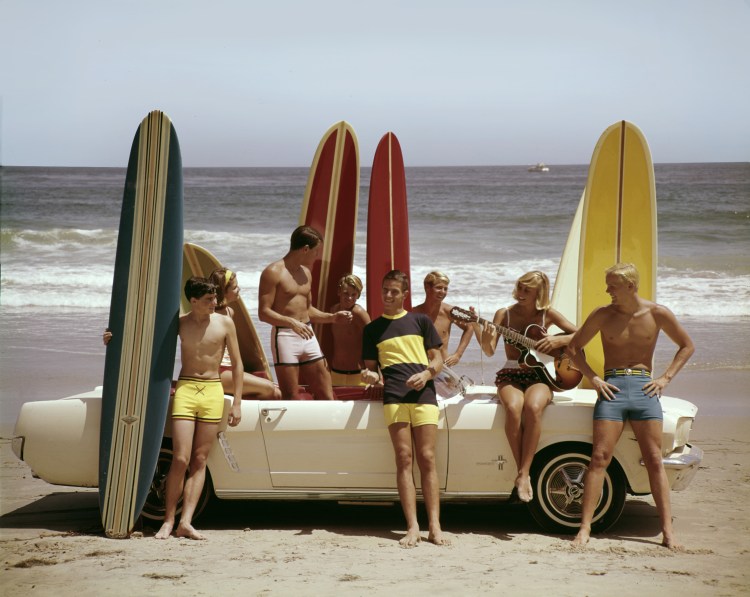 So that about covers the major fashion themes of the 60s, now let’s move on to what the decade represented in film. 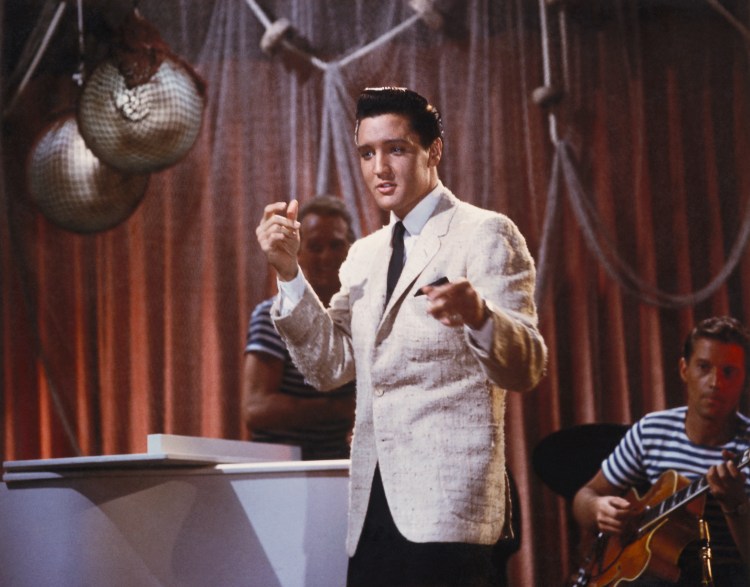 Ah! The 1960s. Aka “The Hollywood Renaissance.” The decade where black and white films were discarded for the most part (hello technicolor), and 3-D was beginning to be incorporated more and more. You still had the veterans like Katharine Hepburn making films, but there was a new crop of stars coming in. Stars like Jane Fonda, Sean Connery, Warren Beatty, Robert Deniro, Goldie Hawn (Kate Hudson’s mother by the way), and lots more.

If you’ve followed this series since the beginning, you know that we give you a list of seven movies from each decade to get you started, and the 60s are no different. Check out our favorites below. 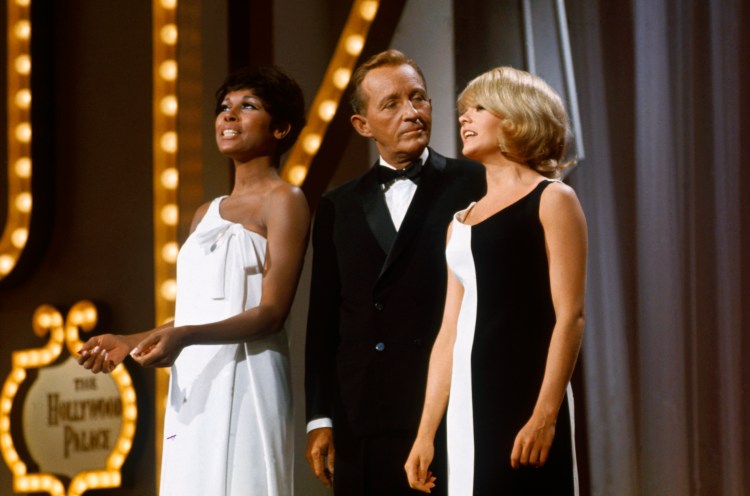 One of our all-time favorites. Starring Jane Fonda, Barbarella was sexy futuristic sci-fi all combined into one big trifecta of crazy chaos (but in a good way). So what’s Barbarella about exactly? Well, Barbarella, an astronaut from the 41st century, sets out to find and stop the evil scientist Durand Durand, who’s threatening world domination.

Elvis had a pretty impressive film career as well. One of his standout movies is 1964’s Viva Las Vegas musical, which also stars Ann-Margaret.

Any Batman fan has to see the 1966 version of the series, which stars Adam West as Batman and Burt Ward as Robin. It’s just pretty cool to see the evolution in our opinion.

The Blaxploitation era is also something we’re going to dive a little deeper into in the near future, but in the meantime it would definitely be great to check out Sydney Poitier's In the Heat of the Night, which is about a Black detective from Philadelphia that find himself smack dab in the middle of a murder investigation in a small town of Mississippi. This was an Academy Award winning film by the way.