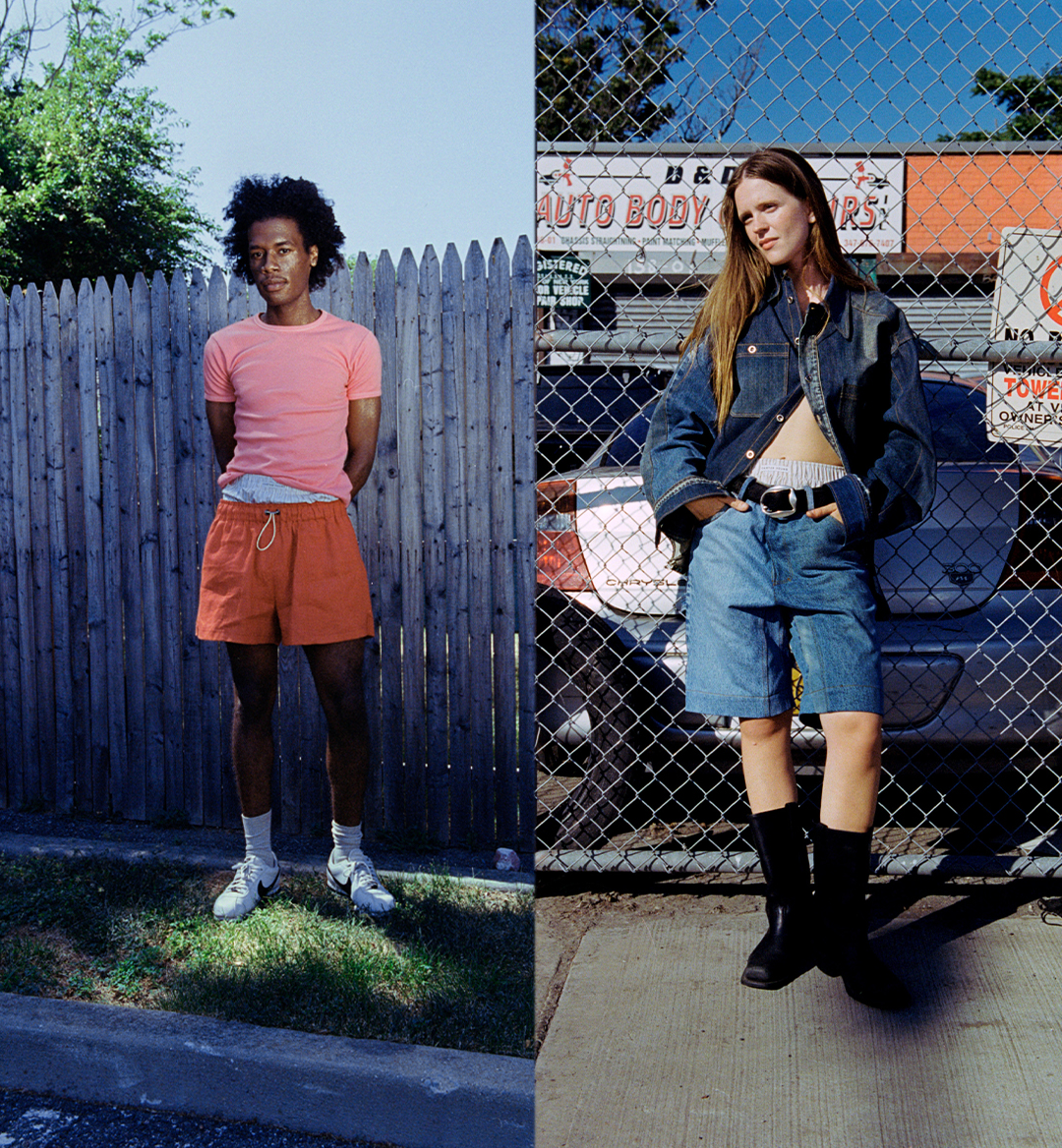 Carter Young is a rising brand on a mission. A New York based-designer inspired by American cultural cannon, Carter Young hones in on unisex clothing that is re-contextualized and re-worked into something modern and inclusive. Each collection is made in New York’s garment district, with production happening in small-batches. Each batch has uniquely and meticulously sourced fabrics and trims, imbuing each item with its own material history.

Their newest SS23 collection is a representation of what the brand has become known for over these past few years, and with exciting new pieces to look forward to now and in the current months, we spoke with Carter to learn more about his individual journey of developing the brand. You can check out the interview below.

RELATED: Val aka @valslooks is Making a Splash in the World of High Fashion

ONE37pm: Nice to meet you Carter! Would you mind introducing yourself and your brand to our readers?

Carter: My name is Carter and I am the founder of Carter Young, which is a young unisex menswear-based line inspired by the custom Americana traditional mens uniforms. Our pieces represent custom menswear in traditional American tailoring, and that is because we wanted something that wasn’t relatively rigid or relevant to modern rules. For me, this brand was about the opportunity to take something and make it more accessible.

A little bit about me, I started working at the age of fifteen in NYC, and that’s where I learned how to measure garments. I later went on to have an internship with KITH, and it was there that one of the designers taught me how to use Adobe Suite. After that I lived in Italy for a few months, and when I was there I worked for Matthew Williams (now co-founder of 1017 ALYX 9SM and creative director of Givenchy).

ONE37pm: Nice! How did you get the opportunity to work with Matthew Williams?

Carter: You know it’s kind of funny! I attended a vintage show that really showcased vintage overalls. I loved it and it made me very interested in fashion. The person that I was speaking with at the show connected me with Matthew Williams, and from there we met. It was kind of a chance encounter. He let me know that he had a spot for me if I wanted to come down to Italy, and it was actually something that I wanted to do.

While I was there, we had a conversation, and he told me that the world doesn’t need more “stuff,” there actually has to be a purpose behind what I’m doing. That was when the idea for my brand really clicked for me.

ONE37pm: When would you say you guys launched?

Carter: That was the summer of 2017. I had a line called Project SS19 that was showcased at Fashion Week, so I consider that to be our official launch. As far as the very beginning, there were a lot of mistakes, and you have to sometimes do things because it has to be done. Developing the brand and refining really took a long time before I was ready to show it on a proper level, but looking back I’m glad that I took my time with it.

ONE37pm: And you guys have this new collection out now correct?

Carter: Yes we just showed our new collection, and we did a short film to go along with it that was directed by Haley Elizabeth Anderson. There are a total of fourteen looks, and all of them are inspired by classic Americana styles. We wanted to recreate that feeling once again for this collection. The tailoring is more contemporary, and looks good on most types of people. The shapes and fabrics are also digestible.

ONE37pm: Is there anything else in the pipeline that we can expect?

Carter: We plan on having another collection in the fall/winter that will sort of be like an in-between season drop!

ONE37pm: What’s your favorite part about what you do?

Carter: I would say my favorite part is when the collection is finally out and you get to celebrate. I really enjoy that.

ONE37pm: Is there anything else you would like people to know about Carter Young?

Carter: I would just really like for people to watch the short film for this collection because it’s great!