Fashion on Film: Behind the 1970s Hippie and Western Movements 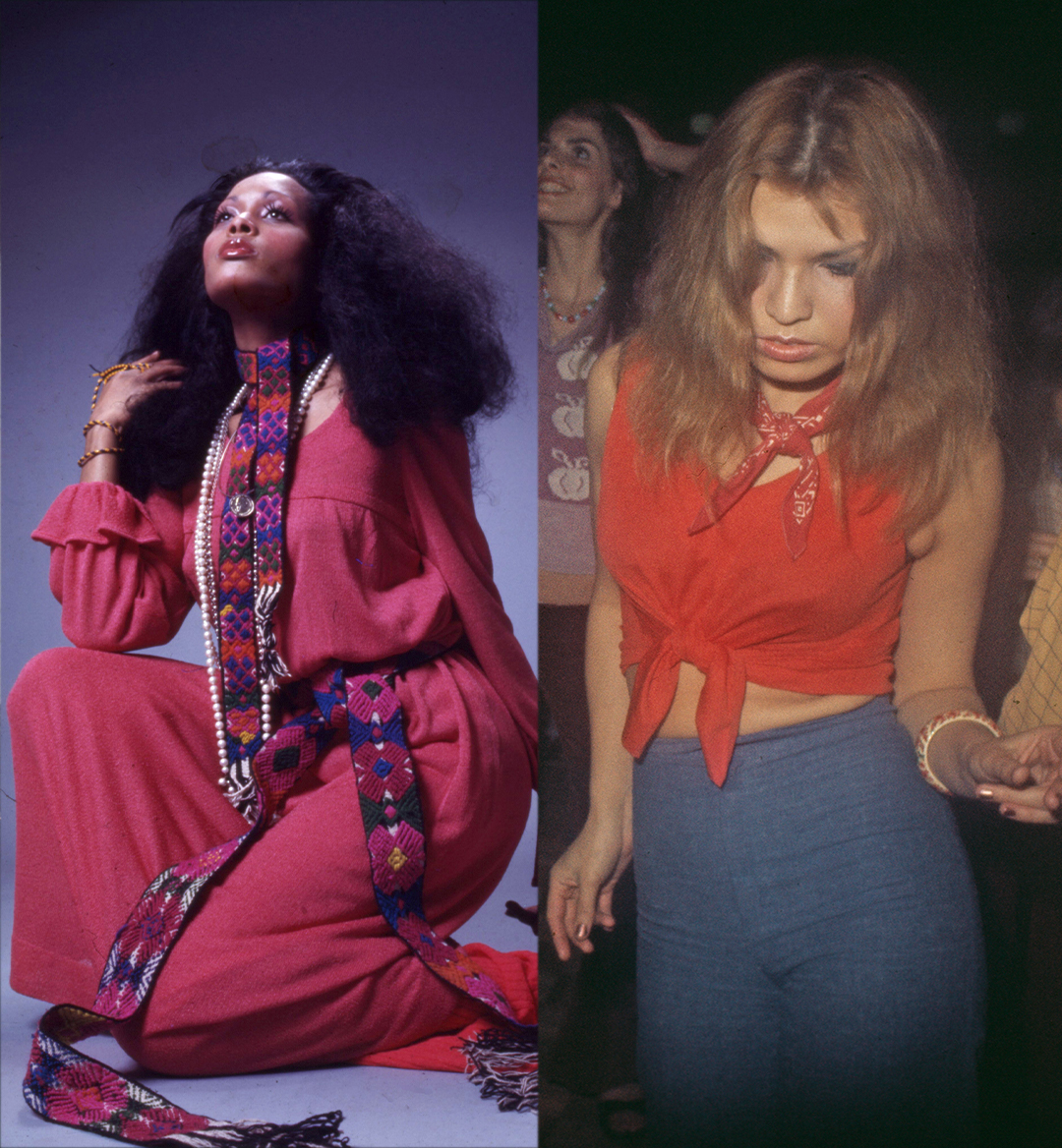 Can you believe we’ve reached the 1970s era of the movie installment of Fashion on Film? We’ve done the 20s, 30s, 40s, 50s, and 60s, and now it’s time for the 70s. Now this is how the 1970s is going to work. You had two distinct movements going on at the same time that were completely different from one another. On the one hand, you had the hippie and western movements that were reflected both in real life and on film, and then on the completely opposite end, you had the disco/Vegas movement that completely took on a life of its own.

Since these two fashion movements are as opposite as left and right, we’ve got to do them individually. We’re starting with the hippie and western, and then next time around we’ll do disco. Fun huh? Let’s get started.

Related: Fashion On Film: A Look at the Swinging 1960s 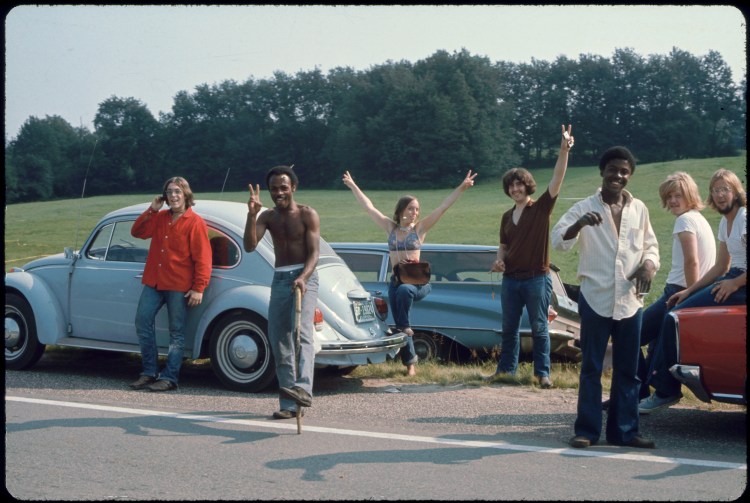 Before Coachella, there was Woodstock. While Woodstock is credited for its cultural and musical influence, it’s also recognized as being the place where “festival fashion” was born. It was the official mainstream introduction of denim, where you could see young men and women from all backgrounds rocking different styles and cuts of denim jeans from bellbottoms to cutoffs.

There was an abundance of loose and flowy hand-crafted garments, vests, t-shirts, tanks, piercings, etc. There were even some who chose to forgo clothes all together. Woodstock was all about peace & love, and connecting to your body, nature, or even a higher source if that was your thing. It was in many ways a cultural reset (and a revolution). This continued on well into the 70s. 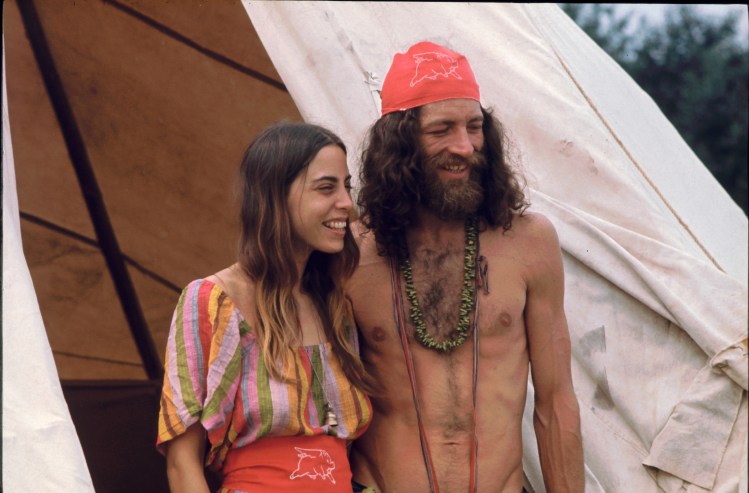 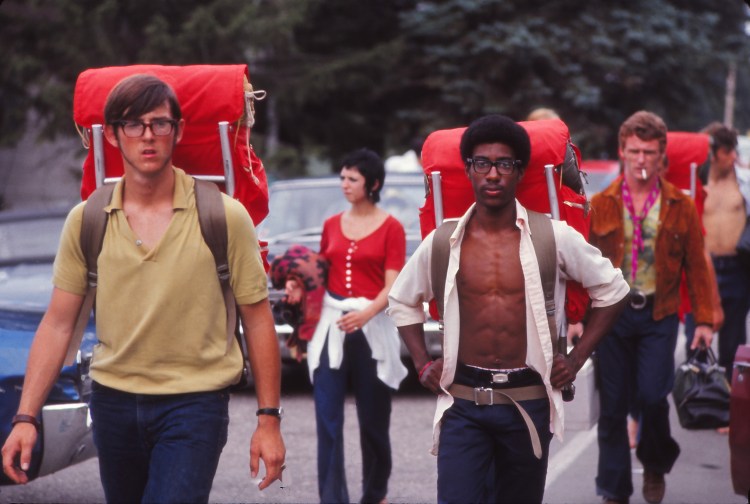 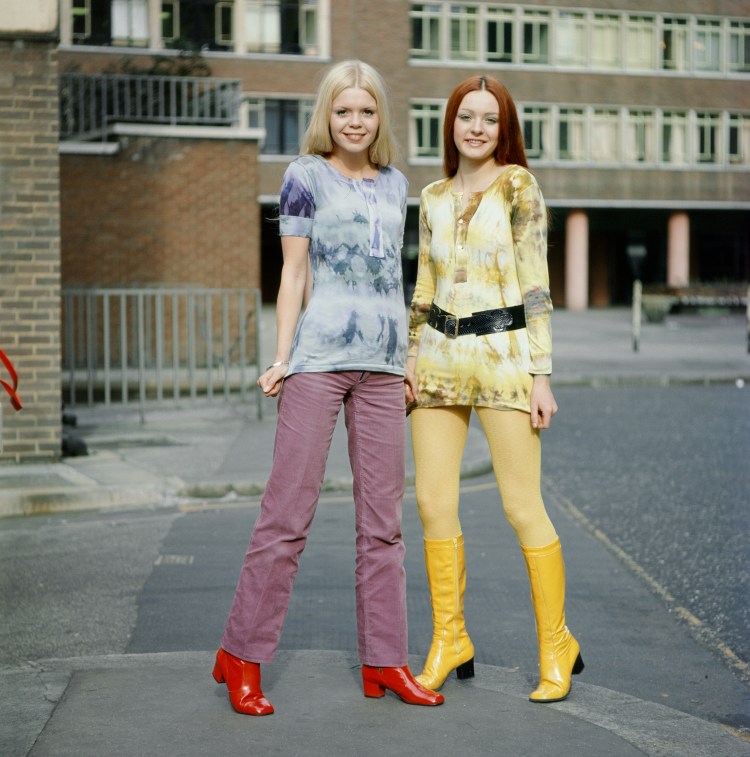 Some of the themes in 70s womens fashion were a continuation of the hippie movement which we just mentioned, and that included lots of tye-dye, bell bottoms, gauchos, maxi dresses. Then you had the flared pants which were oftentimes accompanied by belly tops and halters, something that was unthinkable just two decades prior.

The tunics from the 50s and 60s carried over as well, but were more colorful, of course, because it was the 70s and they did it big. Mini skirts and dresses with bell sleeves were also the literal embodiment of 1970s style. 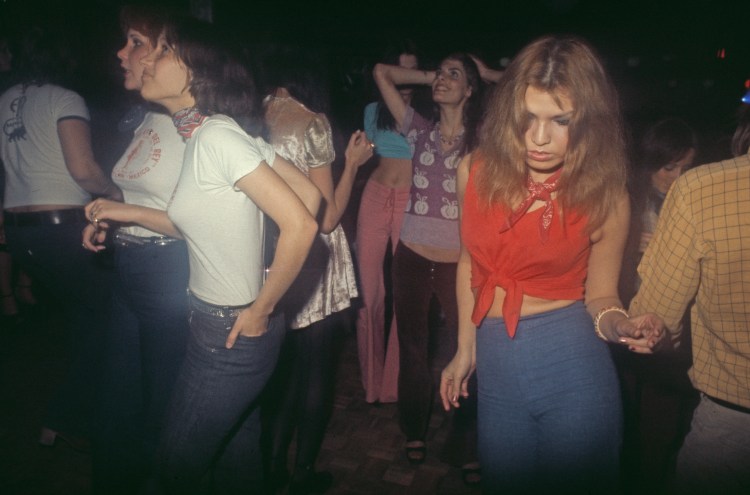 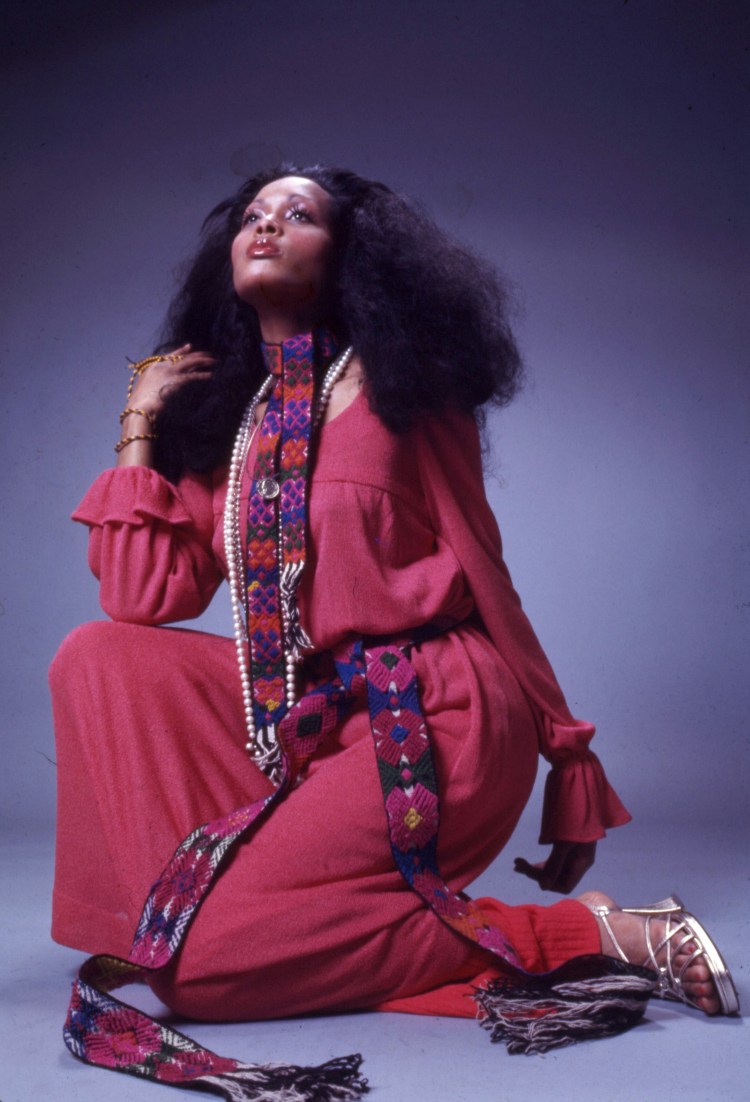 Now remember, we aren’t talking about the glamorous disco and dressy styles in this article, just the bohemian looks, so we’re going to leave it right here when it comes to the ladies. 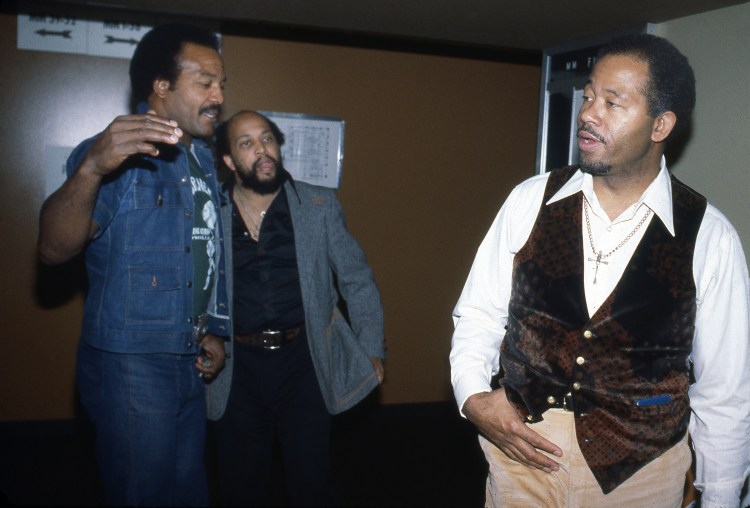 As for the fellas, they kept it simple. Jeans, tailored blazers, t-shirts, flannel on top of flannel, etc., but they were more experimental than ever. It wasn’t uncommon to see guys wearing jeans and pants in bold colors such as red, yellow, and purple, or green and blue blazers for that matter. Plaids and stripes were very popular, and oftentimes were accompanied by matching vests or sweaters, and the guys were into the flared trend too

There was also the continuing tradition of “western wear,” which sometimes the ladies indulged in as well. Depending on where you lived, you could see cowboy hats, denim jeans, and cowboy boots as a regular everyday wear amongst the men. 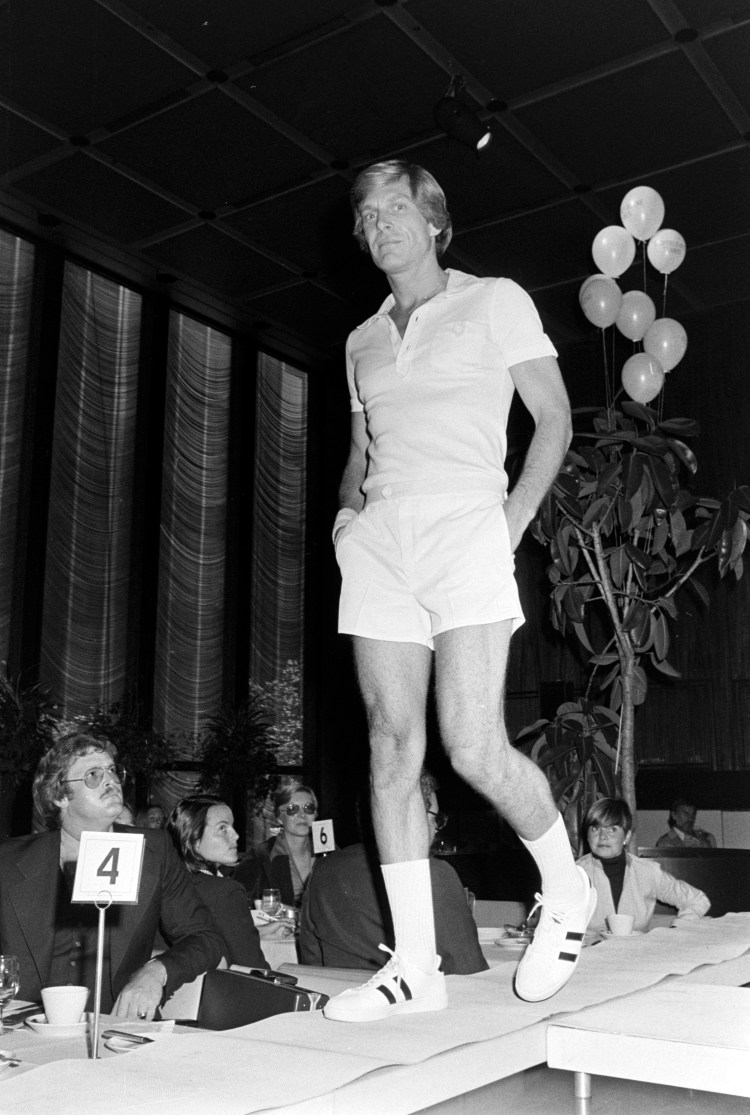 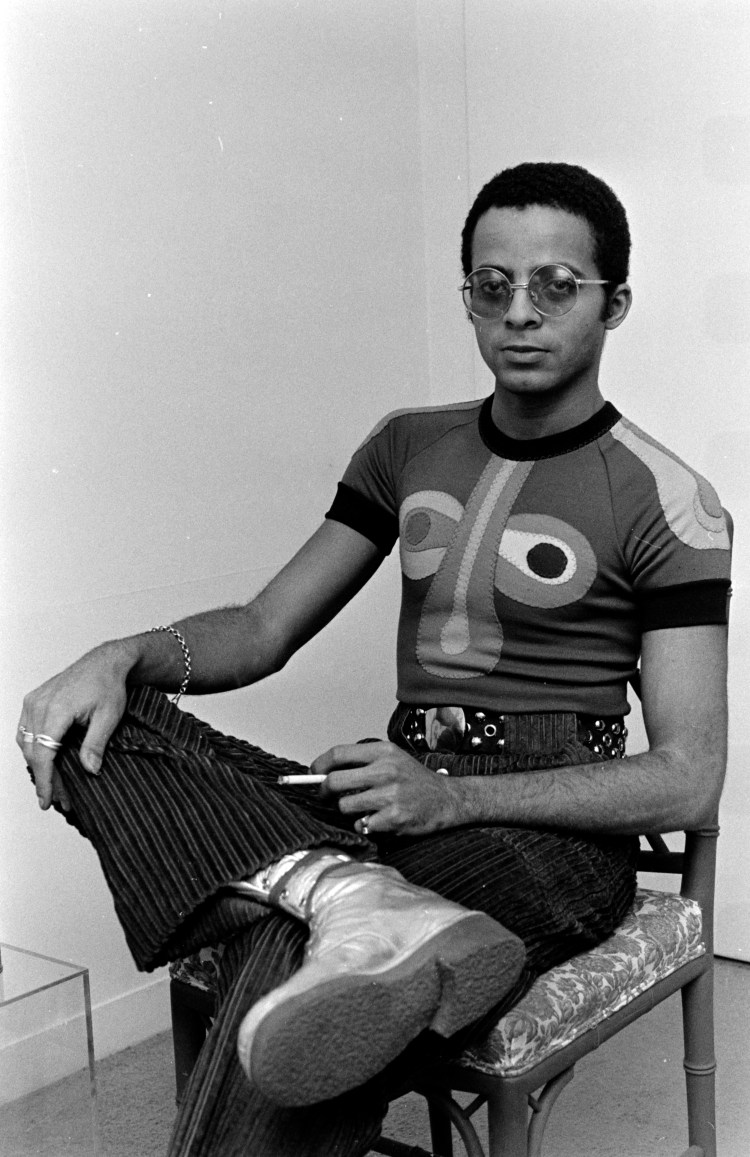 Those were some of the major themes present in 70s mens fashion, so now onto what we saw in the film industry. 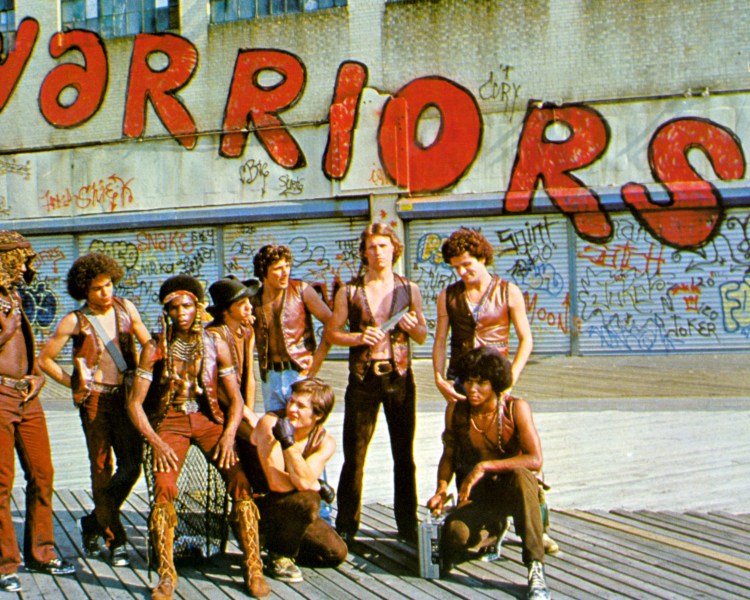 The hippie, western, and “free love” movements were obviously reflected amongst many of the movies made during that time period. Then you also had movies that were the complete opposite of that such as Star Wars, Superman, Enter the Dragon, and The Godfather. Some of the most popular actors of the 1970s were: Robert DeNiro, Al Pacino, Robert Redford, Dustin Hoffman, Jack Nicholson, and plenty of others. Some of the most popular actresses of the decade were: Olivia Newton-John, Diana Ross (who we’ll discuss more in the next installment), Farrah Fawcett, Liza Minnelli, Jane Birkin, and more.

As we do with each Fashion on Film installment, we’re recommending seven movies from the era, and this time around you’ll get double.

Hair is about a young man (John Savage) in NYC for the first time who’s preparing to enlist in the U.S Army during the Vietnam War. While there, he meets a group of Central Park hippies who he begins to hang with. From there it’s an adventure of meetups that eventually ends with him meeting and falling in love with an upper class debutante.

A docu-style movie based on the events of Woodstock chronicling the event from its inception, all the way to the actual festival. A must-see for those that haven’t actually seen real-time footage from the event.

Starring Jack Nicholson, One Flew Over the Cuckoo’s Nest, is about a man that gets transferred from a prison farm to a mental institution for an evaluation. The man thinks that the environment will be less strict, but comes to find out that it is anything but.

Directed by Steven Spielberg, Jaws is about the quest to save the town and capture a vicious shark after a young woman is killed skinny dipping.

An animated classic centering on the adventures of Frodo and his trio of hobbit friends.

It doesn’t get much better than Marlon Brandon and Christopher Reeve, and watching this 1978 version of Superman makes you appreciate how they helped pave the way for DC to be what it is today.

Does Logan’s Run have a point to it? Yes! Yes it does. It’s a science fiction utopia that essentially kills off everybody before they turn 30. Helluva plot if you ask us.

That does it for this round of the 70s, we’ll be back with part two: the disco version next time. See you underneath the disco ball.