Fashion on Film: The Disco Fever Style of the 1970s 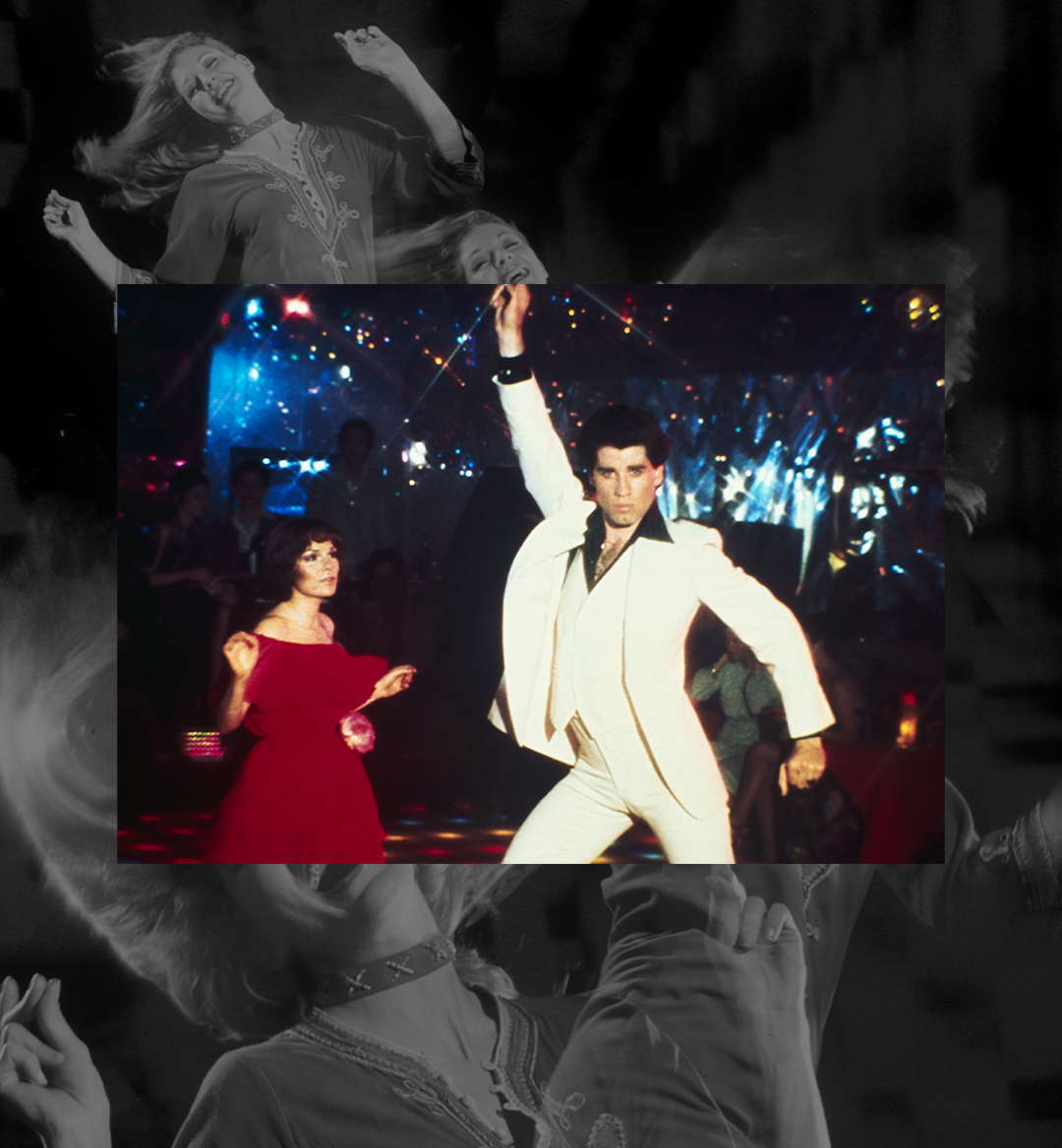 As promised, we’re back with the disco edition of our Fashion on Film series. If you recall, our last FOF installment focused solely on the hippie and western fashion happening during the decade, which was an entirely different movement both in fashion and the film industry. And because the hippie/western movement was the complete opposite of what was going in terms of the world of disco, we decided to separate the 1970s decade into two different parts.

This segment is especially exciting to us because once we’re done exploring each decade in film from a fashion perspective, we’re gonna turn around and do an exact same decade by decade breakdown of the music industry style wise, and the 70s was one for the ages (stay tuned). We’ll get to that eventually, but for now let’s explore the style in 1970s films.

RELATED: Fashion on Film: Behind the 1970s Hippie and Western Movements 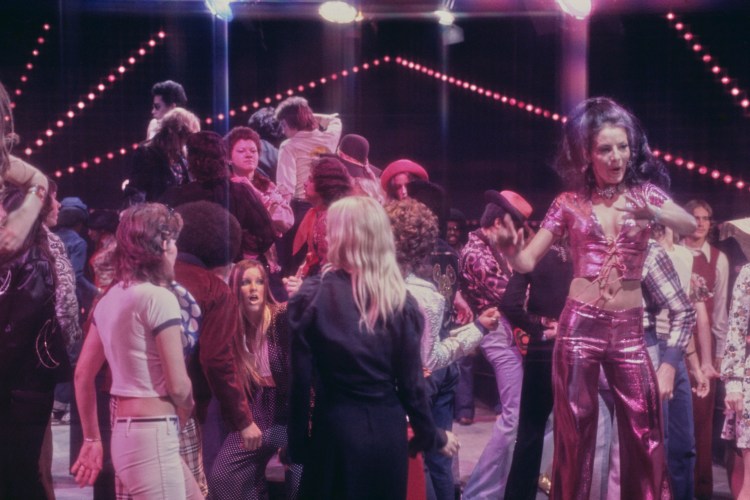 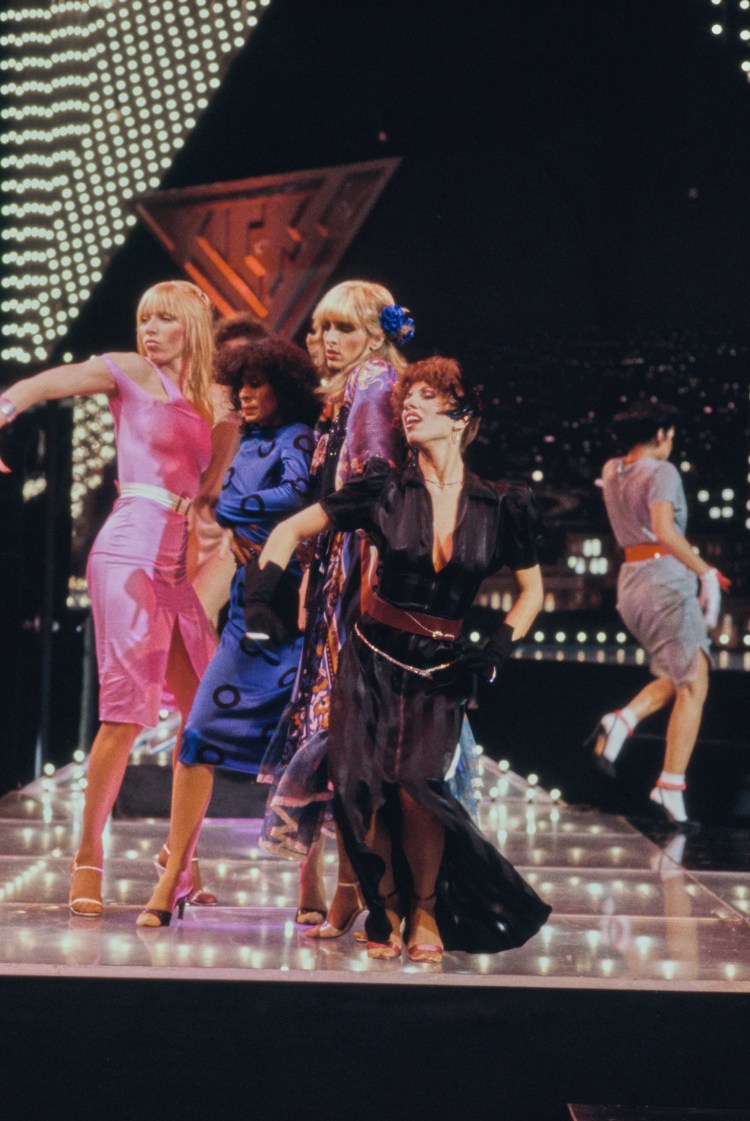 As you can imagine, disco fashion was all about the clubbing and party scenes, so the clothing was vibrant, glittery, and sometimes a little on the psychedelic bold side. Now you have to remember discotheques were oftentimes a show within itself, with actual disco balls, neon lights, and decorations. So if the goal was for your outfit to be seen, you had to go above and beyond. This meant loud sparkly outfits in equally loud colors that would come in the form of mini-dresses, jumpsuits, and shiny tops. 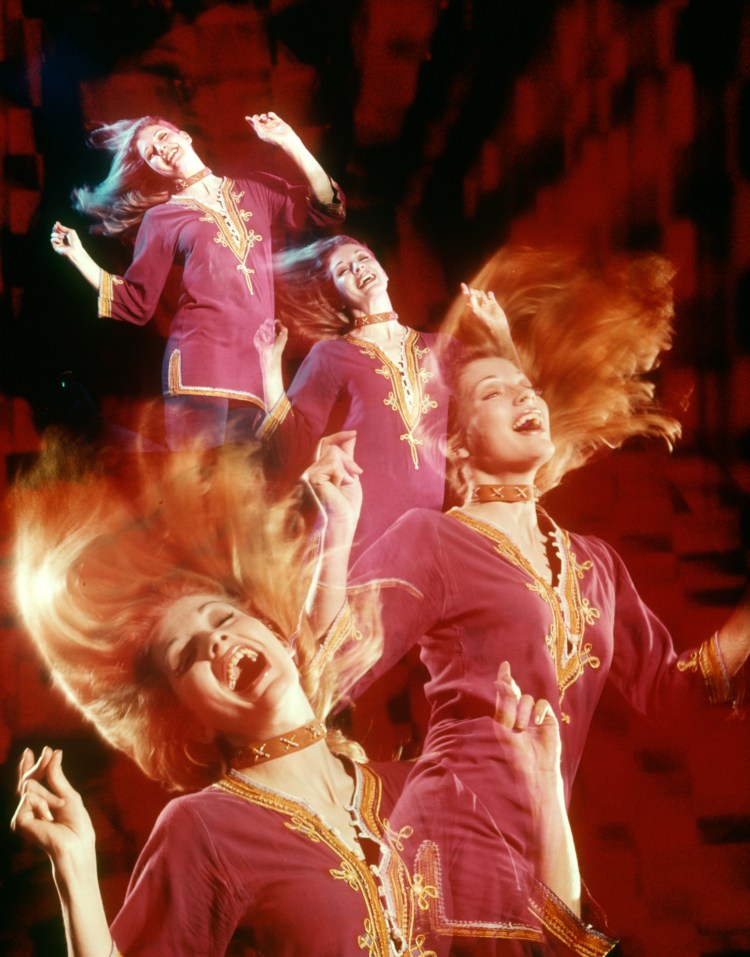 If you just wanted to look good, but didn’t necessarily care to compete with the likes of a disco ball, you could wear flared jeans, bell bottoms, fitted tops, regular mini-skirts, halters, and more. Patterned head wraps and platform boots were also big-time trends in women’s disco fashion. It should also be noted that quite a few of these 70s staples would make a comeback in the late 1990s and early 2000s (1998 to about 2001) when the millennial futuristic look became popular in the music industry. 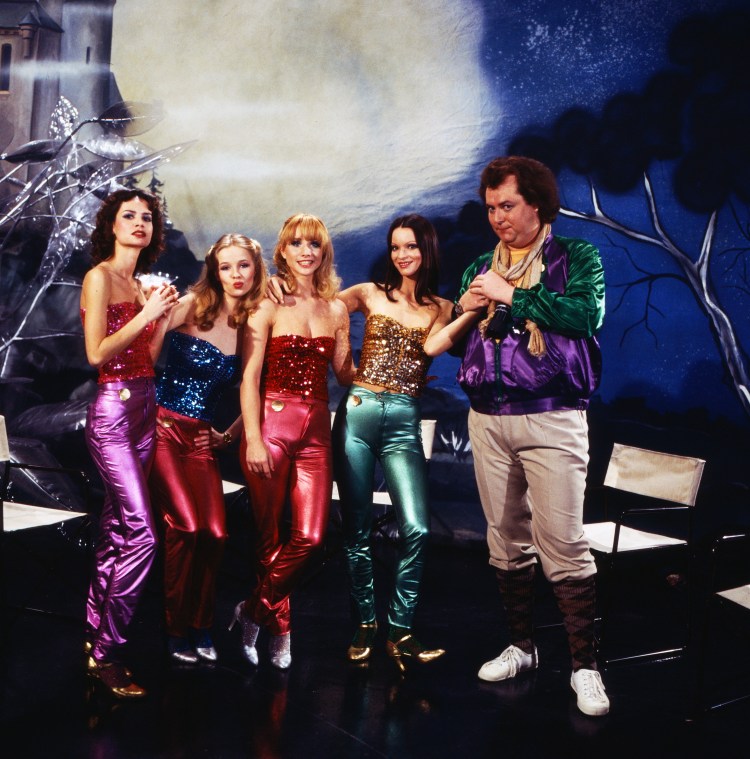 What were Gogo Girls? Gogo Girls were club dancers who sometimes wore outfits that were considered “scantily clad” for the time period. The definition of scantily clad back then was very short skirts and shorts, bikini tops, platform boots, etc. When you see actual pictures of how Gogo dancers dressed, the term scantily clad is actually quite laughable, but there was also very much a world where Gogo Girls didn’t wear “revealing” clothing at all. 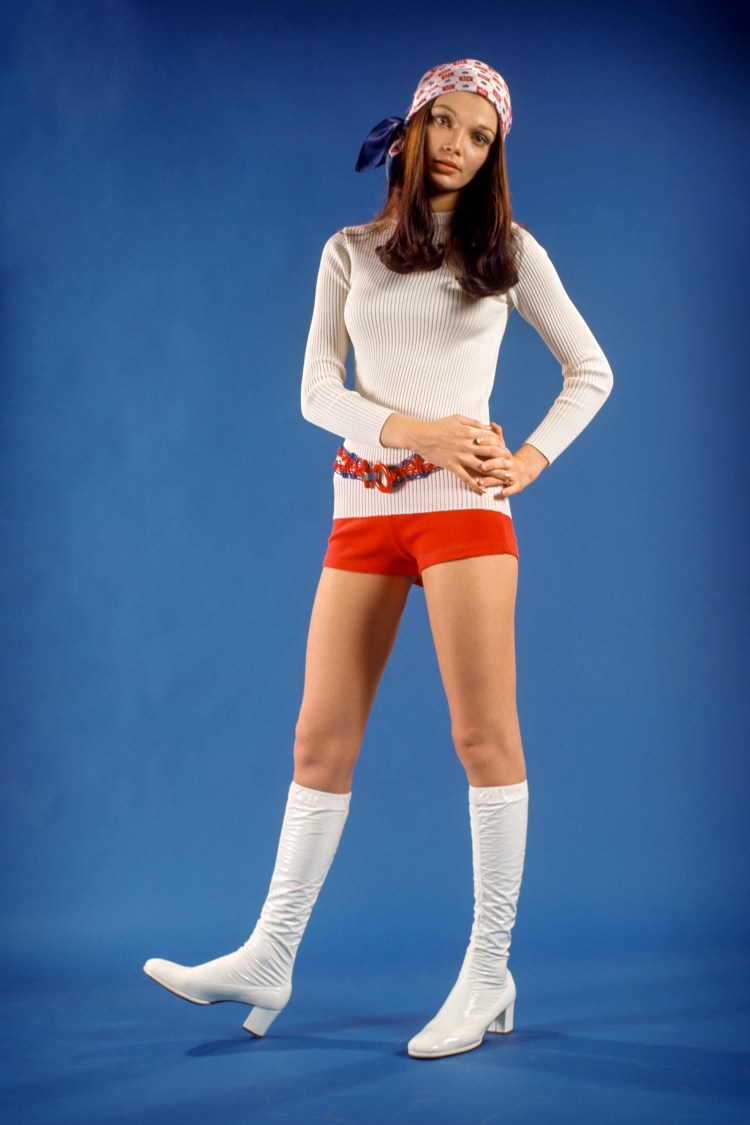 Sometimes their outfits of choice were just simply a slightly-about knee length halter dress and platform boots. Not only were their fits super cute, they were also very much influential in the following decades amongst performers and entertainers. 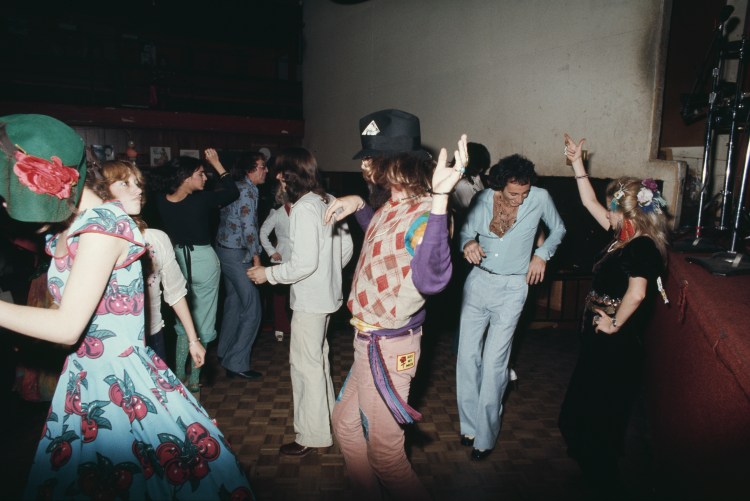 So what did the fellas wear? The men matched the women’s energy for what we personally believe was the first time ever. If you look at the previous decades we covered, it was the women that would strike first when it came to breaking gender and fashion rules, and when the guys finally got with the program, it took them a little bit to become experimental. Up until the disco era, the guy's definition of “bold” was choosing not to wear a suit by rocking more laid back casual styles. 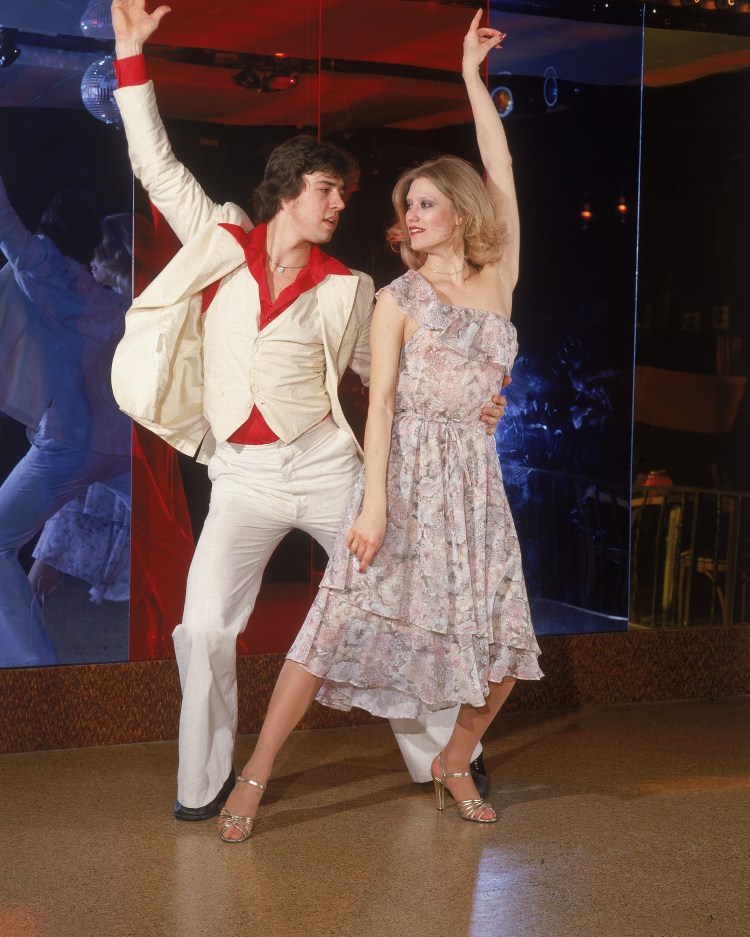 The disco era, however, brought the vibrant out of them. They too wore vibrant colors and glittery outfits to the club. They also wore bell-bottoms, flared pants, and skirts. Oh and their suits (think John Travolta in Saturday Night Fever) were very interesting as well. It wasn’t just in the movies, it was in real life as well. 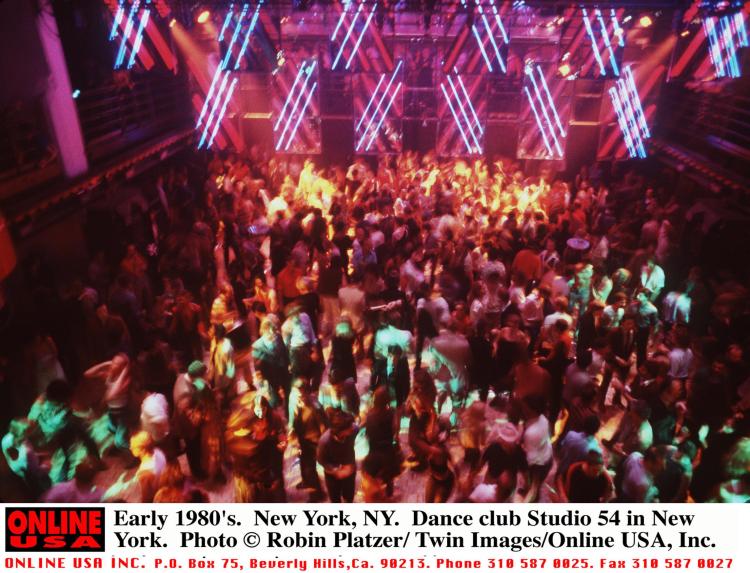 We aren’t going to dive too much into the fashion of Studio 54 in this article because it was so dynamic that it deserves a Fashion on Film segment of its own. Just know, Studio 54 was both a movement and a moment. 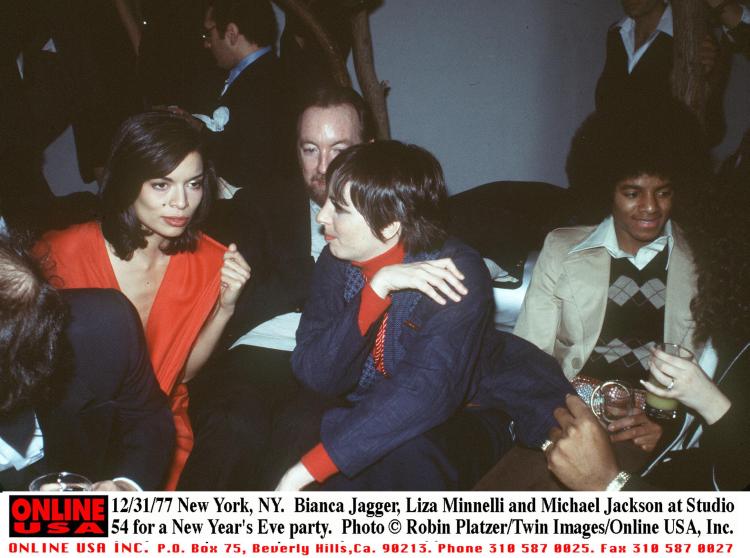 What was the 1970s without afros, voluminous styles, hair extensions, and an unhealthy amount of hairspray? Nuff said. 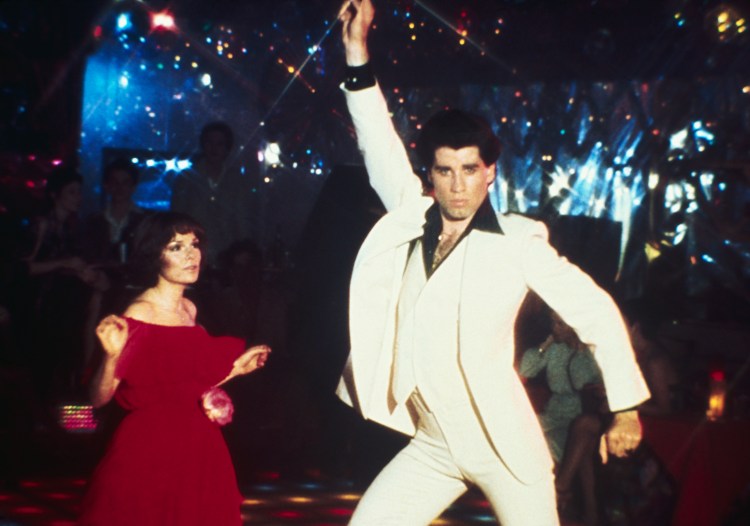 The disco-themed movies of the 1970s were just as fun as what they were in real-time, and it literally makes you envious if you weren’t around to experience the moment (or nostalgic if you were). As we have done with every decade, we are giving you a list of seven movies to get you started. Here’s some of our favorites.

Saturday Night Fever is one of those movies that you should automatically be required to watch at least once during the course of your lifetime. Starring John Travolta as Tony Manero, the film is about a young paint store clerk (Tony), who loves to hit the discos during the weekend. Tony eventually decides to enter a big dance competition, and falls in love with his dance partner.

Sidenote: The soundtrack for this movie is one of the best ever. Period.

Donna Summer was born on New Years Eve December 31st. She was literally meant to be the Disco Queen. Another disco competition film, Thank God It’s Friday is another fun one that will have you movin and groovin.

Starring Linda Blair and Jim Bray, Roller Boogie is the story of a classical musician who meets a cool roller skater. The two decide to become skating duo and enter a competition, but unexpectedly find a more sinister plot at hand.

A fun cult-classic starring Richard Pryor, Car Wash is a comedy that focuses on a group of friends who work at Sully Boyar’s Car Wash. What follows is an adventure and a bunch of laughter. A nice Saturday/Sunday afternoon kickback movie.

The disco era was not complete with ABBA and their greatest hits. Described as being a “mockumentary,” the movie is about a radio DJ desperately trying to get an interview with the group while on their 1977 Australian tour.

Disco Fever is another fun film that chronicles the life of a former teen idol aiming for a chance at a musical comeback.

A groovy movie released at the tail end of the 1970s about a street gang leader who challenges a roller skater at a championship contest at the local disco skating rink.